Blade Show day one round up

The annual Blade Show is the Super Bowl of the knife world, and I’ll be covering it from Atlanta all weekend.  This year, the show features over 900 exhibitors, in addition to a full schedule of speakers, demonstrations, contests and other events.  The exhibition hall opened at 2 p.m. today, and I spent the afternoon wandering through a sea of sharp objects.  Here were some of the highlights. 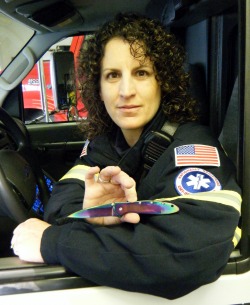 A rising star in the world of knife advocacy and libertarian politics, Rep. Coffey was the driving force behind the recent passage of New Hampshire’s pre-exemption knife bill, which legalized knife possession across the state.  A former EMT, Coffey talked about her work in the New Hampshire Legislature and how she was driven to activism and politics by the influence of her husband.

Coffey said that on the job she used rescue knives, such as SOG’s and Benchmade knives. She added that “knives that can open quickly, like gravity knives, are extremely important. ”

Coffey was signing copies of her recently released book, Knife, Liberty and Lipstick, which is a call to arms for a return to liberty.  A portion of the proceeds for the book are going to Camp Constitution, a summer camp that teaches kids about “our American heritage of courage and ingenuity the genius of the United States Constitution.”

As for her knife advocacy, Coffey encouraged legislators and citizens to move past the glamorization of knives as dangerous weapons.

“I have dangerous knives in my kitchen,” she said, adding that anything, even an umbrella could be used as a deadly weapon.  “The emphasis should not be on tools, but on actual criminal acts.”

Getting Medieval with Albion Swords

It’s difficult to cruise by the Albion table without stopping.  These guys, based out of New Glarus, Wisconsin, carry a pretty big selection of medieval swords.  They’re pricey, most of them all over 1k, but you can play with them for free.  The swords range from French to Irish to Italian, most of the designs were carried by knights during their time. 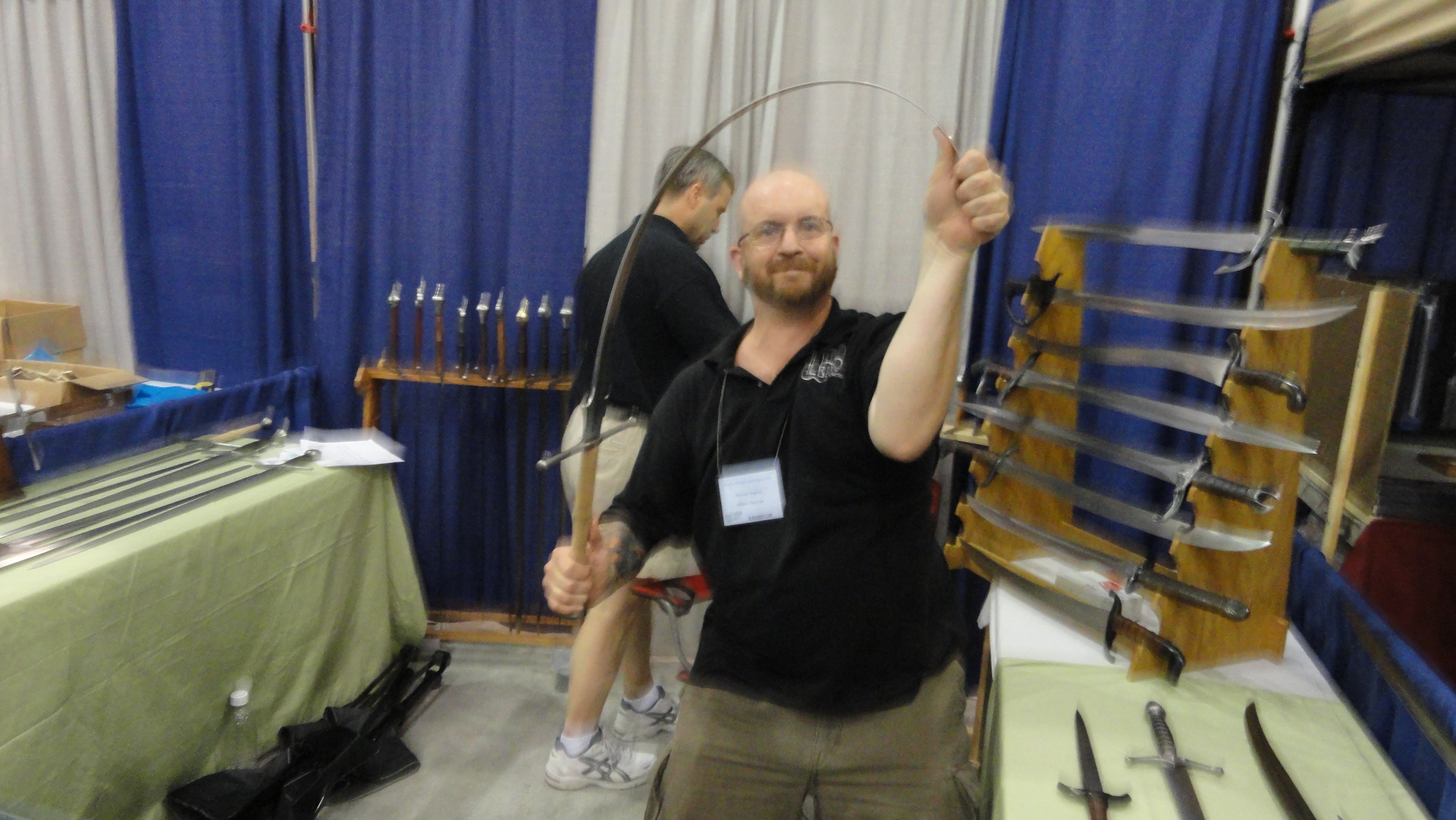 Albion swords have been featured in a few different movies and their full stock of movie swords can be viewed here. Scope out the Conan the Bararian sword, it’s a must see.  Here are a few other burly-looking swords in their selection. 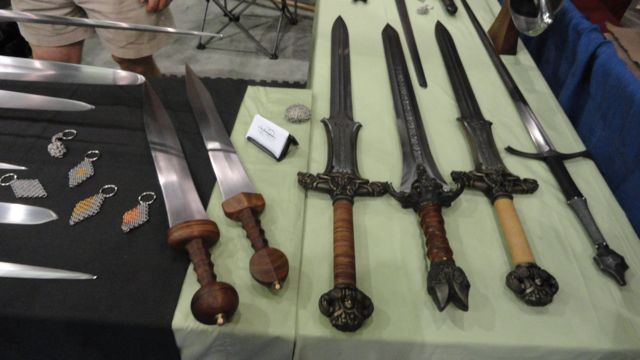 A trip through Schatt and Morgan history 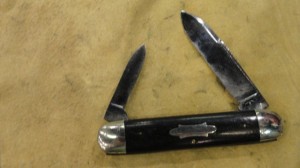 Georgia resident David Clark is an architect by day and an avid knife historian in his free time.  I was drawn to his booth by the giant New York Cutlery sign that was mounted in front.  Clark has been chronicling the history of Schatt & Morgan since the mid 90s, when he became fascinated by the company after buying a few pocket knives.  In addition to a number of turn-of-the-century pocket knives, he also had pictures of the company’s workers that were close to a 100 years-old. 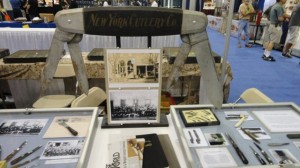