India’s Urumi Whip Sword May Be Most Dangerous Sword Ever 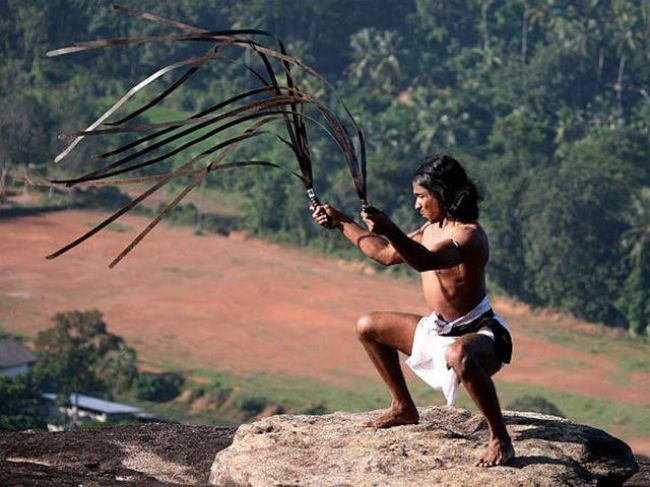 A Sri Lankan version of the urumi weapon

In the pantheon of insane weapons, it’s easy to look at more modern offerings like the PHASR or vomit gun. But one of the fiercest and most difficult weapons to use is the ancient whip sword known as the urumi.

The urumi may very well be one of the most dangerous melee weapons ever — not only for foes but also for the person using the weapon. While the weapon hasn’t been used as such for generations, it is still wielded in demonstrations and Indian martial arts.

This unusual blade is essentially a bendy piece of sharp metal that the user wields like a whip. Here is a look at a fighting demonstration with the urumi sword.

The urumi, which translates to curling blade and is sometimes known as the aara or chuttuval, comes from southern India where it was used as a weapon back in the day. Eventually, it fell out of favor but became incorporated into Kalaripayattu martial arts, one of the oldest fighting styles in the world.

Those practicing the martial arts of Kalaripayattu have to work their way up to the weapon because it’s incredibly difficult to master. Even just watching someone wield one of these things makes my fingers and ears fall off.

At its simplest, the weapon is a single strand of metal that’s sharp enough to cut flesh. It’s attached to a handle which features a knuckle-guard and thumb-guard. However, over time, the design of the urumi has split off into several iterations. Some are much longer than the usual 4 to 5.5 feet and width of about 1 inch. 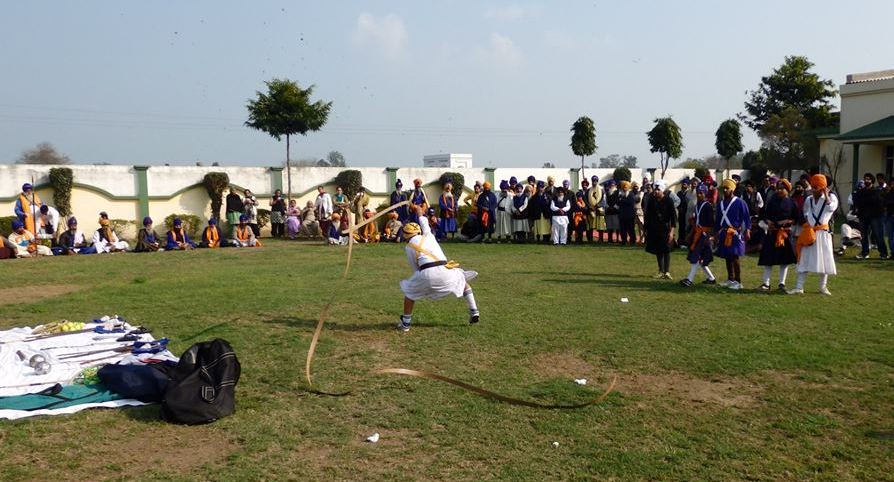 But the real magic comes with the inclusion of additional blades. In the main image above, you can see the Sri Lankan iteration of the urumi that boasts multiple blades per weapon. One version was even said to have had 32 blades on a single weapon. As you might expect, the more blades are added to the urumi, the more difficult and dangerous wielding it becomes.

Because of the floppiness of the blade, it’s impossible to use the weapon in any way other than a whip. One of the most effective tactics for using the urumi is entering a constant state of motion and essentially creating a protective (or aggressive) bubble around yourself. It keeps the enemy at a distance and gives you the upper hand.

Atlas Obscura did a write-up on the urumi a few months back and describes the fighting tactic:

When the blade curves around the sword wielder in quick arcing slashes, it creates a defensive bubble of flying metal that an opponent would be reckless to get close to. In addition, it makes a terrific weapon for defending against multiple opponents, both by providing a good barrier at a number of angles at once, and for the long, wild attacking arcs the steel whip provides.

When sparring with a urumi, the wielder often carries a small shield to deflect the opponent’s urumi. Here is another worthy demonstration:

It’s surprising the urumi hasn’t made too many appearances in different types of media, though you can actually summon the Urumi Swordsmen in “Age of Empires III: The Asian Dynasties.” A version also appears in “Magic: The Gathering.”

Due to the sheer insanity of the weapon, it’s possible we’ll one day get a Cold Steel Urumi.