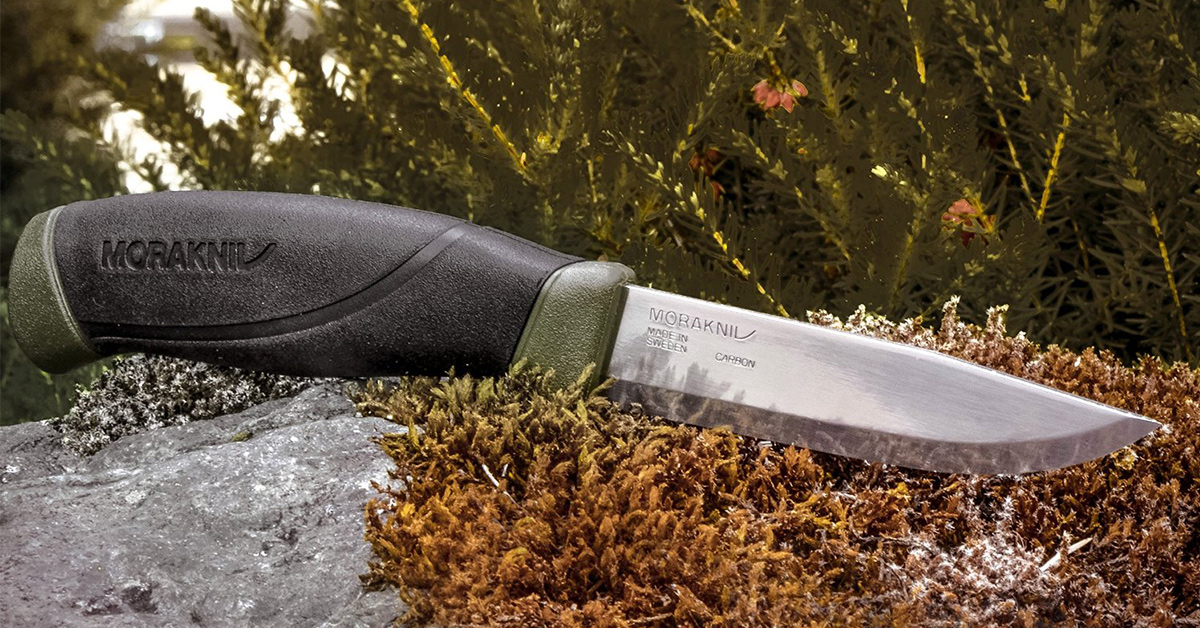 We all know that folding knives make the best knives for EDC — they’re often lightweight, easily concealable, versatile and can be folded up into the pocket.

However, a small but growing number of people are ditching folders for fixed blades as their EDC knives. Why? A fixed blade can be more reliable, stronger, and a bevy of new designs means it can be just as compact and lightweight as a pocket knife.

If you’re thinking about starting to carry a fixed blade as an EDC in lieu of a folder, here are 10 of the best knives to start with. I may update it in the future with a list of 20 since I left off many good ones. 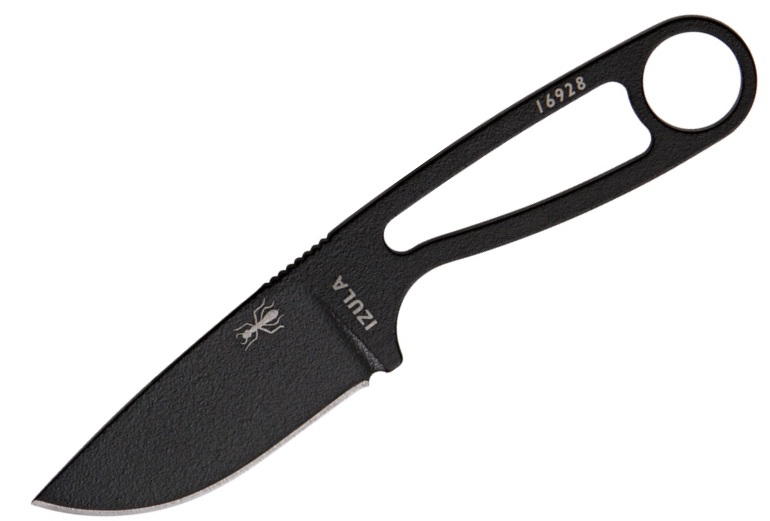 Let’s kick things off with one of the most popular EDC fixed blades around: the ESEE Izula. There’s something about the small US-made neck knife that’s won over so many fans. The blade is a mere 2.63 inches  with a versatile drop point blade design. The handle on the basic version is untouched, leaving users the option for customization. But you can also pick up some Micarta scales if you desire.

While I opted to put the Izula here, other ESEE knives warrant a look for EDC, including the Izula II and the Candiru.

The Buck 113 Ranger Skinner is a classic fixed blade if there ever was one. The knife is a melding of the 112 Ranger and the 192 Vanguard with a slimmer and more streamlined design. The blade is 3.125 inches and made with 420HC stainless steel while the handle is walnut with brass bolsters and pins. It features a classic look that’s disarming and handsome. 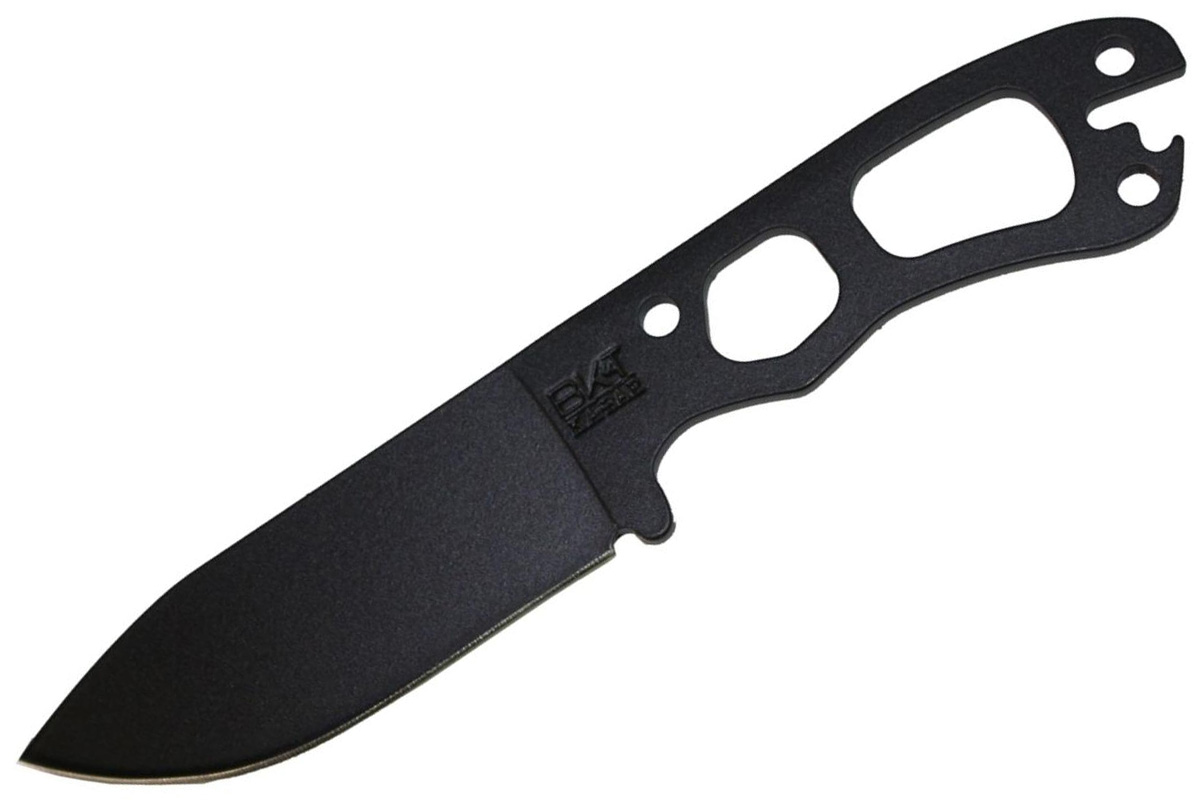 Like ESEE, I only wanted to include one KA-BAR Becker knife because there are so many good options. I decided to go with the BK11 Becker Necker but it was neck and neck (pardon the pun) with the BK14 Eskabar. Both knives have the same 3.25-inch drop point blades made from 1095 CroVan steel but converge with the handle.

The BK11 has a bottom opener at the butt whereas the BK14 has a handle similar to the Izula. It’s really a matter of opinion, but the BK11 adds some variety. And if you want something even smaller, the KA-BAR BK13 Becker Remora is a good option at 5.125 inches overall.

You can’t go wrong with a Morakniv, but one of the best is the Companion. The Companion comes in a few versions but the one here comes in a stainless steel blade and a black and military green handle (though it’s also available in a black and blue version).

At 4 inches, the blade is a bit longer than the others on this list but the the knife is simple and fairly lightweight at 3.9 ounces. The rubber handle is durable and the best part is that you won’t have to drop more than a Jackson. Alternatives to the Companion include the Classic No. 1 and Classic No. 2. 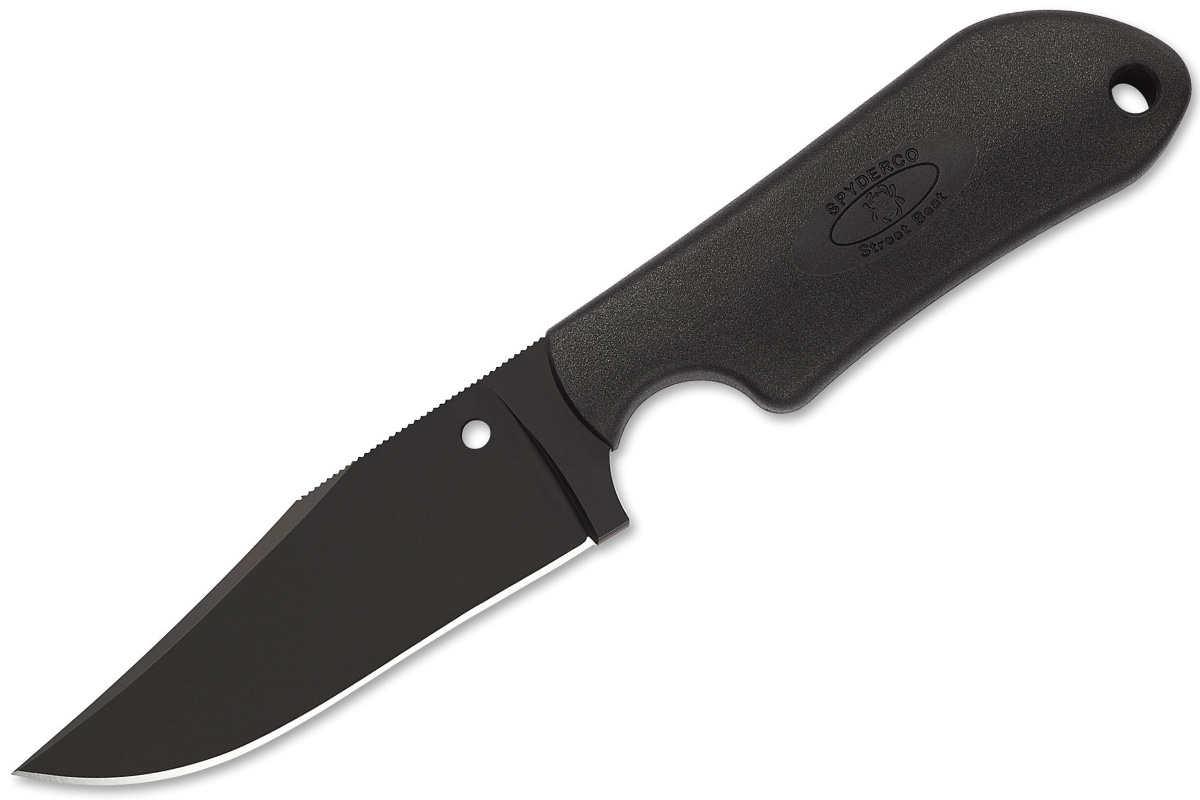 The Street Beat from Spyderco is often touted as a great EDC fixed blade and for good reason. The blade is designed with a tactical bent in mind but can be easily and effectively used for everyday tasks. While the original looks the best, Spyderco came back with a “lightweight” version of the Street Beat.

Coming in at 3.1 ounces, the Street Beat is significantly cheaper with the same 3.5-inch VG-10 blade. The major difference comes in the black FRN handle scales and the black coating on the blade. If you have the money, I say go for the original since it’s only an ounce heavier but the Street Beat Lightweight is a good choice for those who don’t want to break the bank. 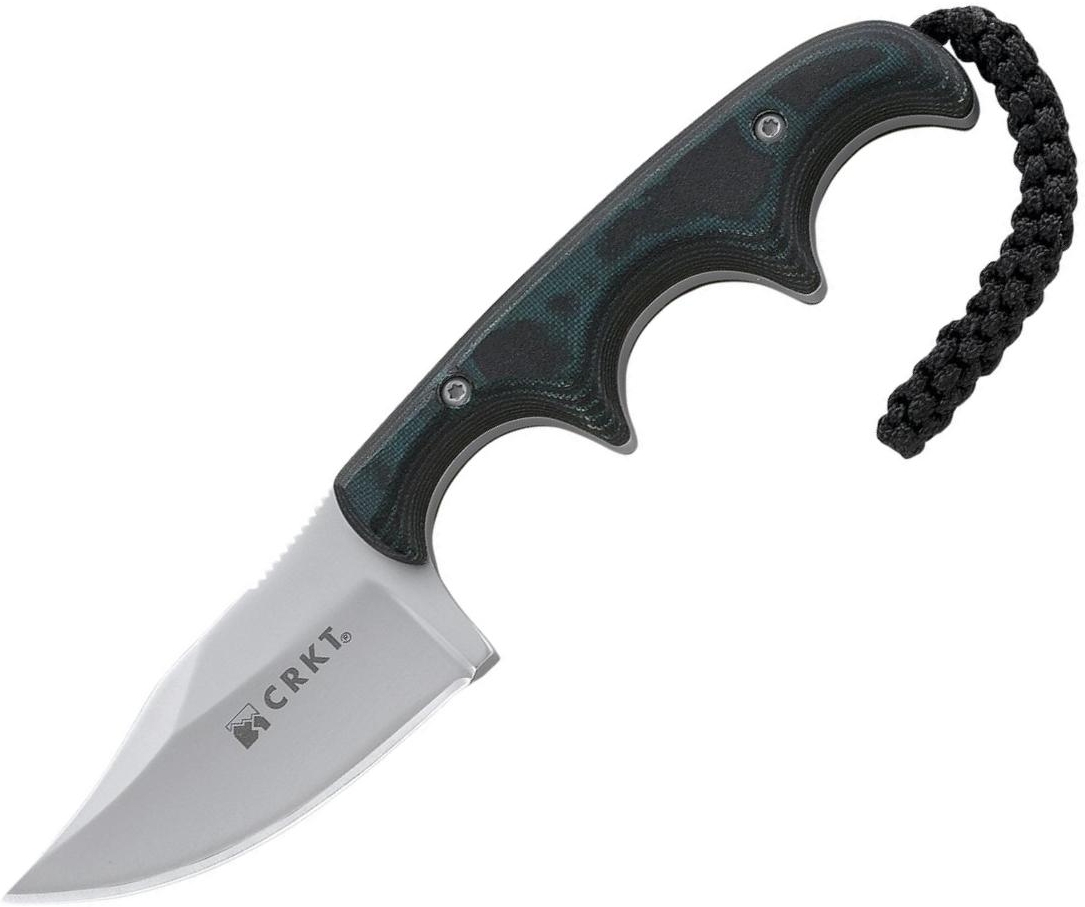 One of the themes of fixed blades perfect for everyday carry is minimalism. With that term right in the name, the CRKT Minimalism is a no-brainer for EDC. The Minimalist is a small and lightweight fixed blade that cuts down on the bulk of the knife without sacrificing functionality and versatility.

The 2.125-inch blade comes in three different styles: clip point, wharncliffe, and tanto. The magic is in the handle that’s ergonomically designed to feel big in the hand without taking up much space. The Minimalist is frequently on these lists and now you know why. 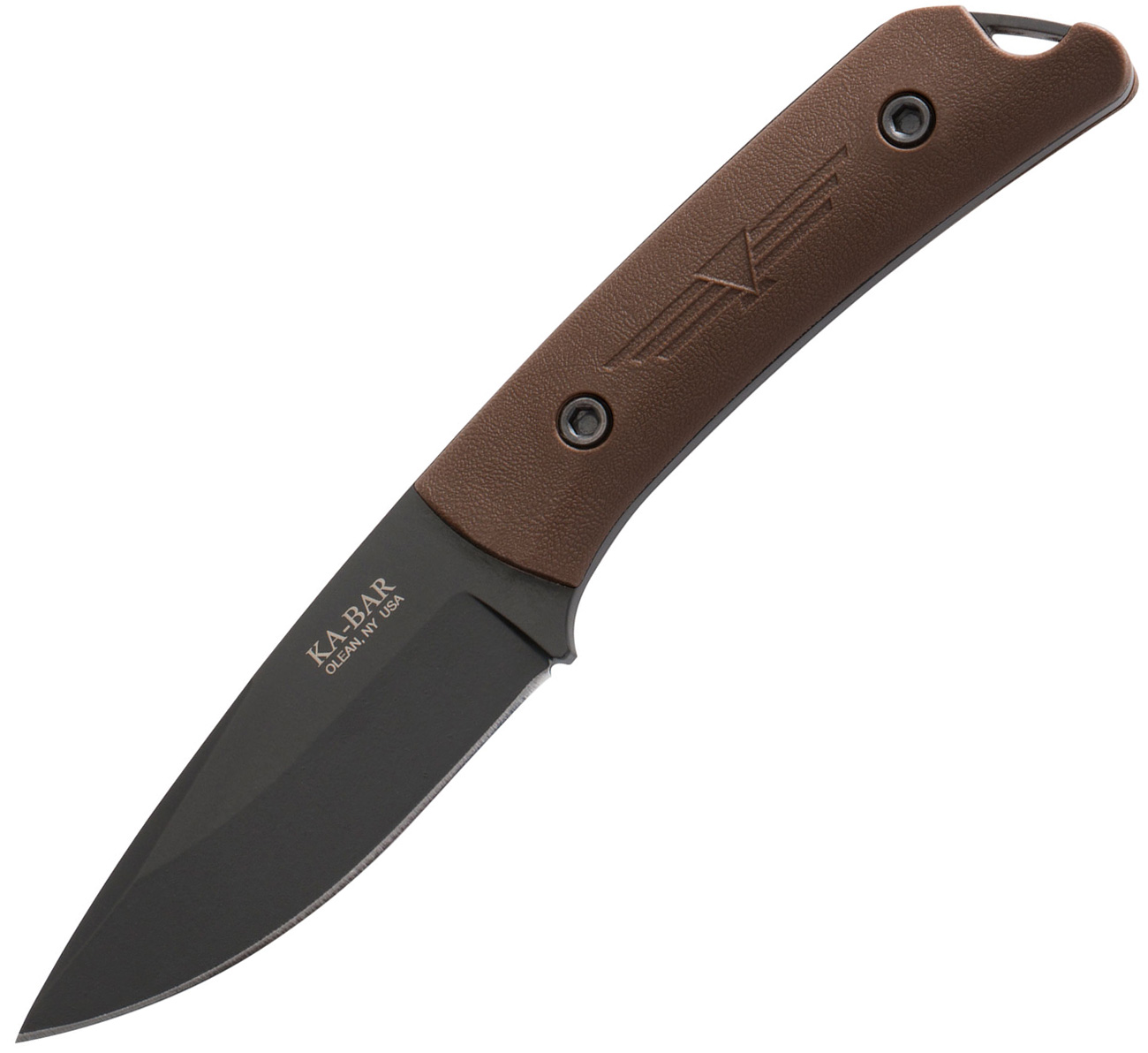 Jesse Jarosz has made quite a name for himself the past few years as a great custom knifemaker, but his exposure really skyrocketed after he teamed up with KA-BAR to bring a bevy of designs, like the Jarosz Folder. But the KA-BAR Globetrotter came onto the scene with a bunch of fanfare and has lived up to its reputation.

The Globetrotter is a bit on the longer side of the EDC fixed blade but it’s well-designed, well-constructed, and fairly compact. The blade is 3.5 inches and made from 1095 Cro-Van steel. The full tang handle uses durable Ultramid scales. 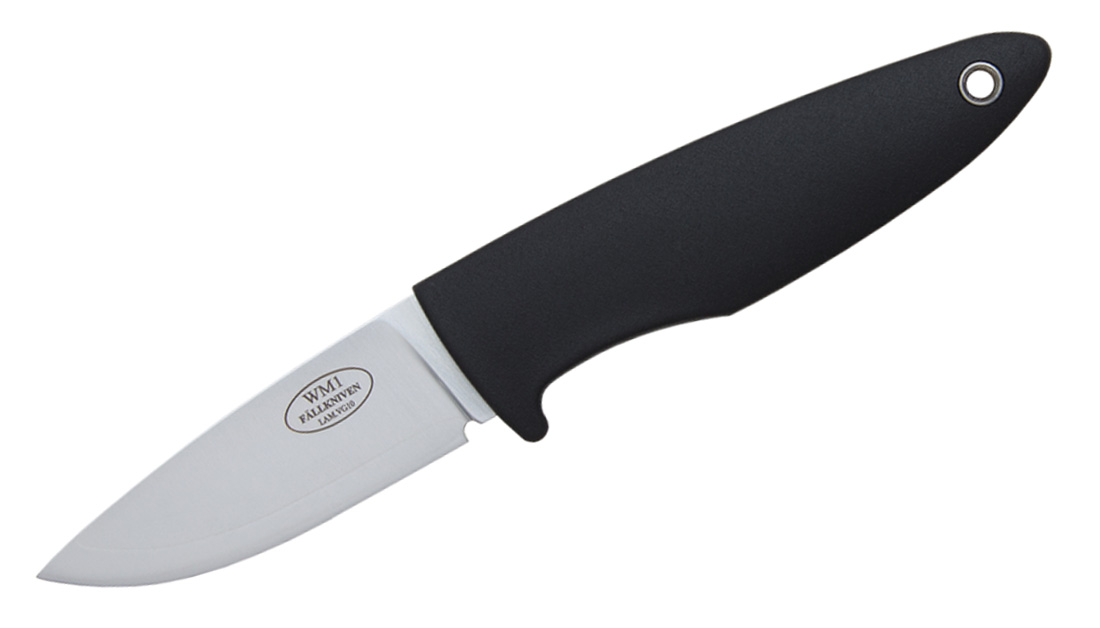 I knew I had to get a Fallkniven knife on this list simply because the brand is known for amazing fixed blades. The Fallkniven F1 was an obvious choice, but the blade is probably a bit on the larger side at 3.8 inches. So I opted for the WM1.

The WM1 is frequently recommended by people as a great EDC fixed blade, such as Leon Pantenburg. First, some disclosure, this is a knife designed for women. Here’s more from the Fallkniven site:

More than half the world’s population is female – and yet Model WM is probably the first sheath knife designed from scratch to suit the hands and requirements of women. The non-aggressive blade design, the safe well-tailored handle, the robust leather sheath – everything breathes functionality. The clean lines are not an objective in themselves; it is rather the function that has governed the design of what has become a complete sheath-knife for everyday usage.

With that out in the open, this is still a fantastic knife that anyone can use — man or woman. 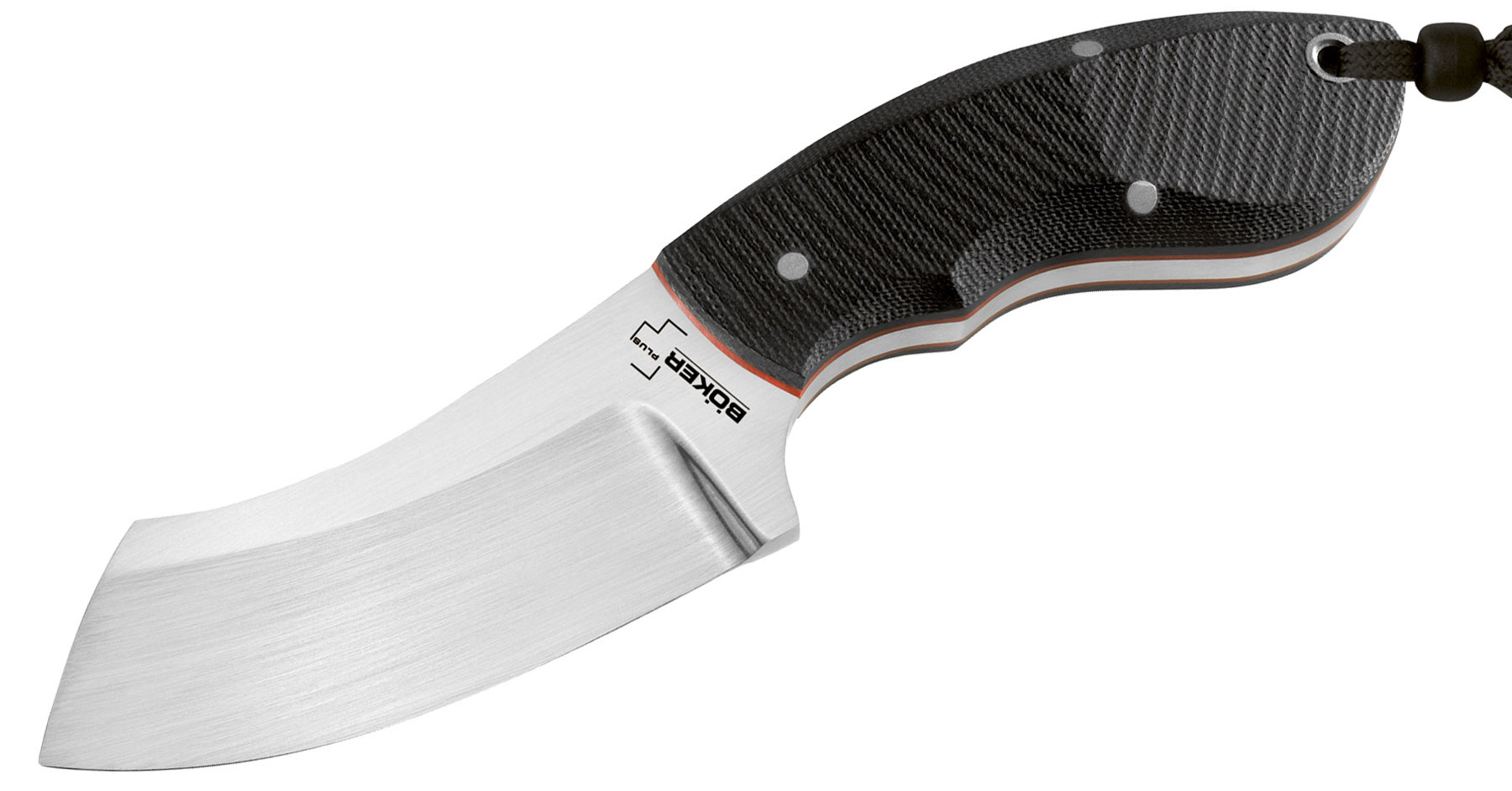 Boker Plus makes a ton of knives, including many that could make appearances on this list, but I narrowed it down to a few designed by the great Jesper Voxnaes who CRKT calls “a master of minimalism and Nordic knife design.” The Boker Plus Gnome is great but I decided to go with the Boker Plus Rhino.

The Rhino has had a successful life as a Vox custom design for years and can be used for everything from tough field tasks to modern EDC jobs. The blade is 3 inches and the G10 handle melts into your hand seamlessly. Another Voxnaes design you might consider is the smaller but still capable CRKT Bita. 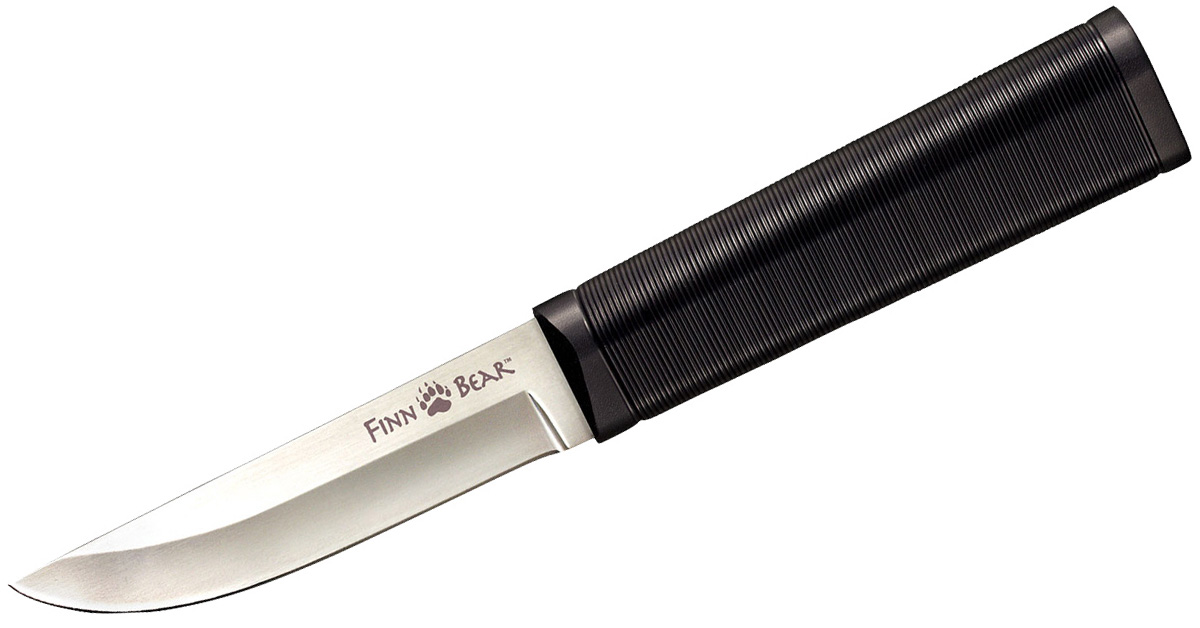 Yes, Cold Steel is probably best known for its massive and intimidating folders, but it does make a few models that are quiet, understated, and simple, such as the Finn Bear. Like the Rhino and WM1, the Finn Bear features a design that hails from Scandinavia. The blade is long at 4 inches but the design is thin and streamlined. The polypropylene handle is exceptionally grippy and durable. The whole package comes in at under 3 ounces. 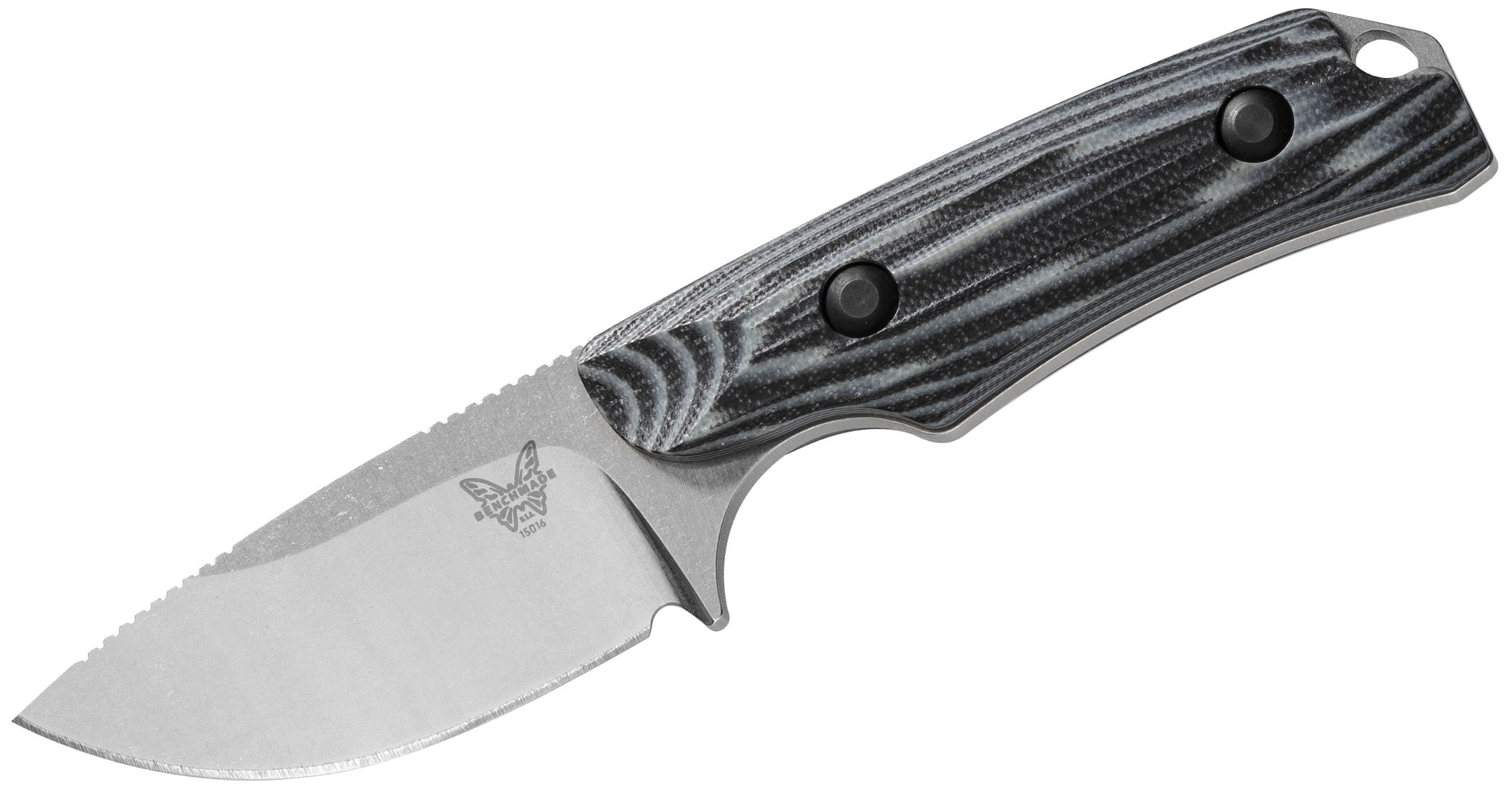 Like Cold Steel, Benchmade is best known for making folders, but it’s had a few hits with some fixed blades like the Bushcrafter. Whereas the Bushcrafter is an excellent survival knife, it’s a bit too long and bulky for EDC. That’s where the Hidden Canyon Hunter comes into the picture.

The Benchmade Hidden Canyon Hunter is a compact hunting knife that excels at more than just dressing game. The 2.67-inch drop point blade is made with S30V steel and the handle is black-and-white G10 (although it’s also available in Dymondwood if you prefer the classic look).

Watch an Old Rusty Knife Get Restored to Perfection