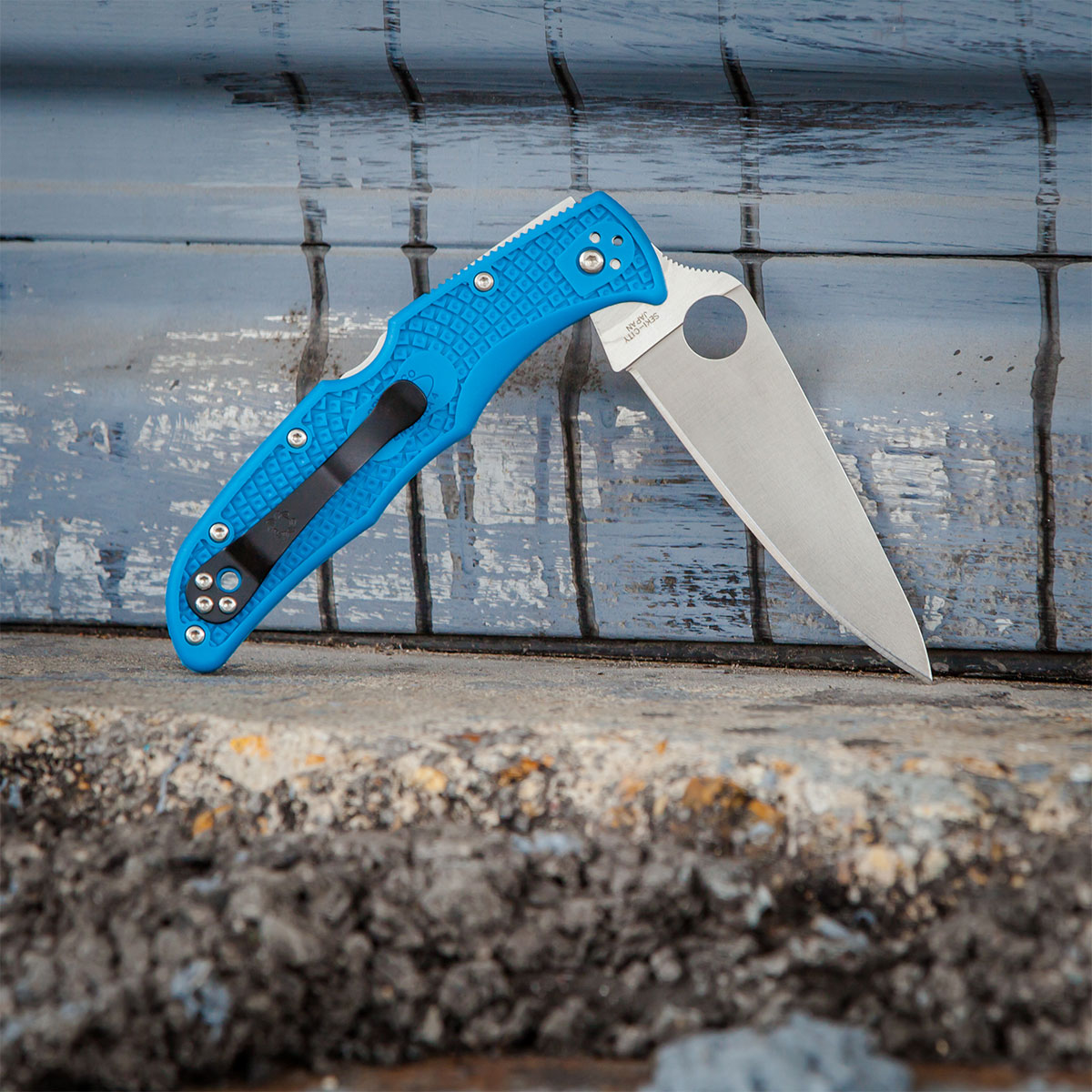 When Sal and Gail Glesser started a company in the 1970s based around a device called The Portable Hand — which could assist jewelers and other professionals who work with small parts — they likely never imagined it would become one of the premier knife brands in the world.

But, more than 40 years later, the company known as Spyderco is a top-tier brand with some of the best and most revolutionary knife designs ever made.

So, as we’ve been doing, we decided to go through the 10 best Spyderco knives currently in production. You’ll notice this list is heavily populated with classics, but that’s partially thanks to Spyderco’s CQI (constant quality improvement) program that improves upon existing designs. That’s how you get perfection.

Here are the 10 best Spyderco knives you can get right now.

Let’s get the Spyderco Para Military 2 out of the way. The PM2 is almost universally known as not just the best Spyderco model but the best pocket knife available.

So how does a knife like the PM2 capture the hearts and minds of people everywhere? It has a nearly 3.5-inch blade with a functional design and quality S30V steel. On top of that, it stays engaged with the easy-to-use and reliable Compression Lock. The G-10 handle had been improved from the first generation for better ergonomics.

This knife has pretty much everything you can ask for in a larger folder. 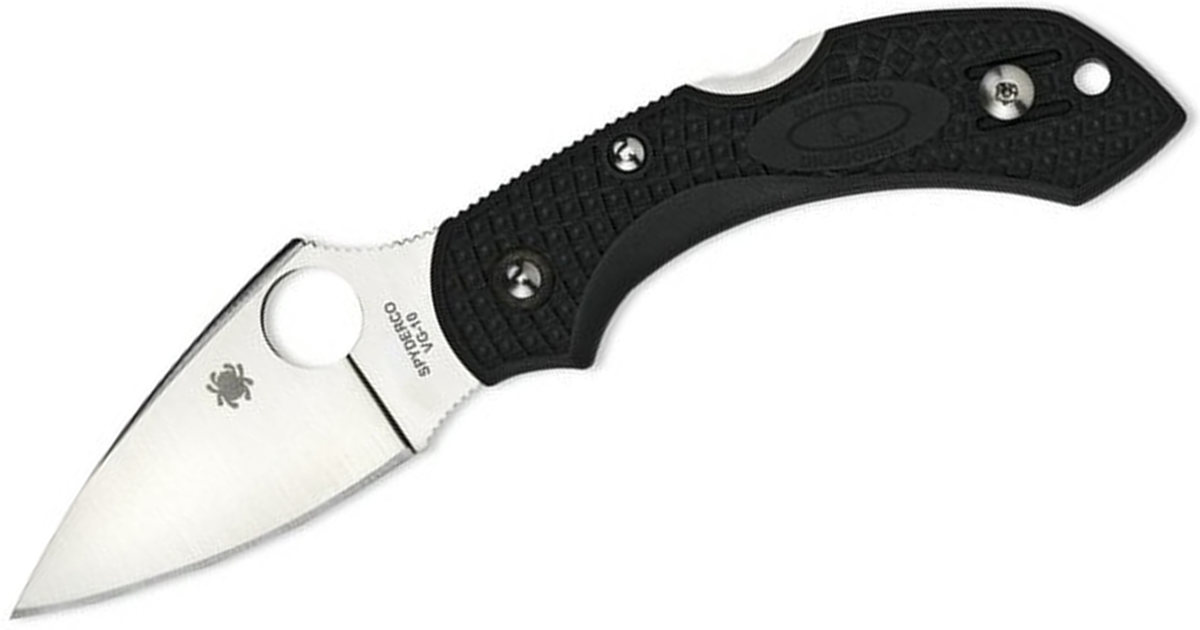 What the Para Military 2 is to larger folders, the Dragonfly 2 is to smaller folders. Pound for pound, the DF2 is one of the best small folders you can buy.

Although the Dragonfly isn’t widely accepted as the best small folder, some of the most trustworthy names in the knife community swear by this knife and for good reason. The leaf-shaped blade is only 2.25 inches, but the whole design and ability to choke up on the blade make it feel larger than it is. It locks into place with a backlock mechanism while the bi-directional textured FRN handle scales are grippy and reliable.

It’s available in a ton of different styles. 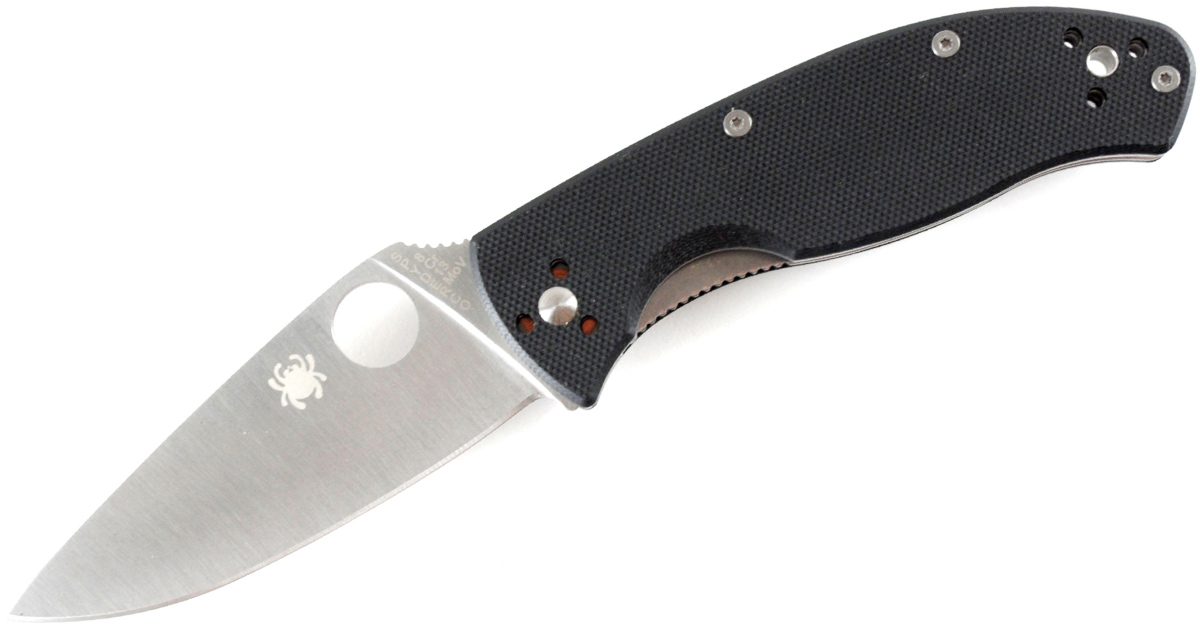 The Tenacious is a somewhat polarizing knife. There are obviously better Spyderco models, but for the price, it’s hard to beat the budget Tenacious and its brethren. The Tenacious also often acts as a “gateway knife” for the brand because it is cheap enough to get into Spyderco and leaves you itching for more Spydies.

It has a 3.4-inch leaf-shaped blade made from budget 8Cr13MoV steel and simple G-10 scales. This knife holds its own against other budget knives and remains a top-selling Spyderco.

The Tenacious always gets the most attention, but the smaller Persistence is more EDC friendly. 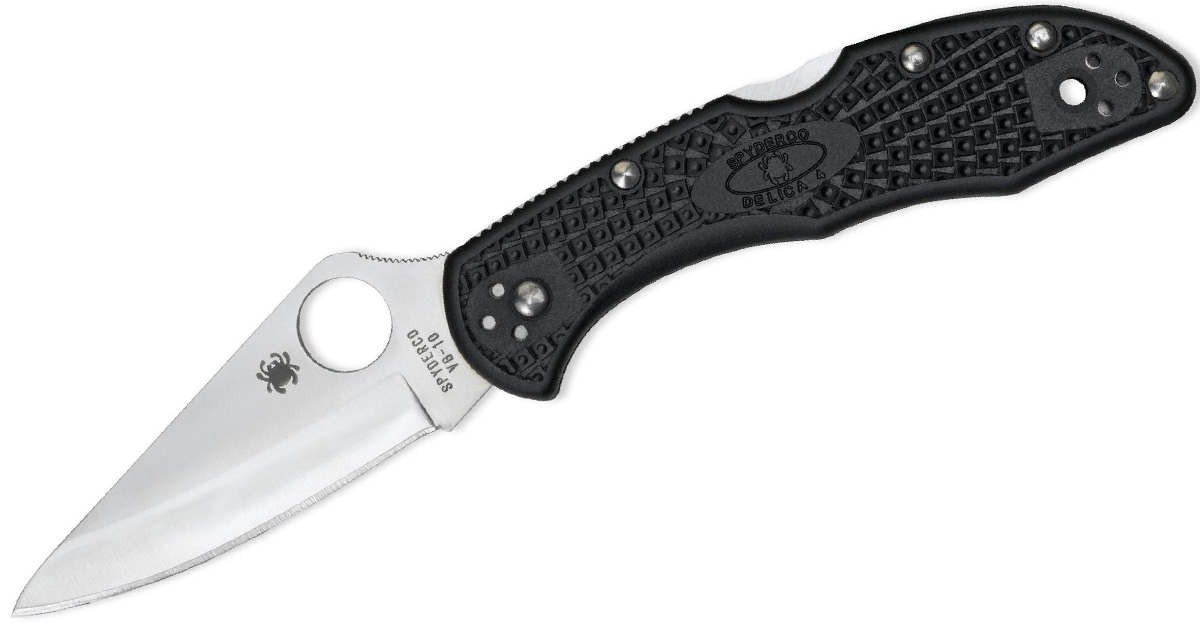 I’m cheating here because I’m lumping the Endura and Delica into one entry. The Endura and Delica are combined at the hip when it comes to the best. Both knives were introduced in 1990 and feature very similar designs. I believe the Endura was the original design with its bigger profile and 3.75-inch blade. However, the smaller Delica — with its 2.875-inch blade — seems like more of a crowd favorite.

Both knives are on their fourth generation, so you know they’ve nearly reached perfection. Both have VG-10 blades, bi-directional FRN scales, and backlocks.

At this point, both knives are available in tons of variations, whether blade steel or handle material/color, so you can get the one that appeals to you the most. 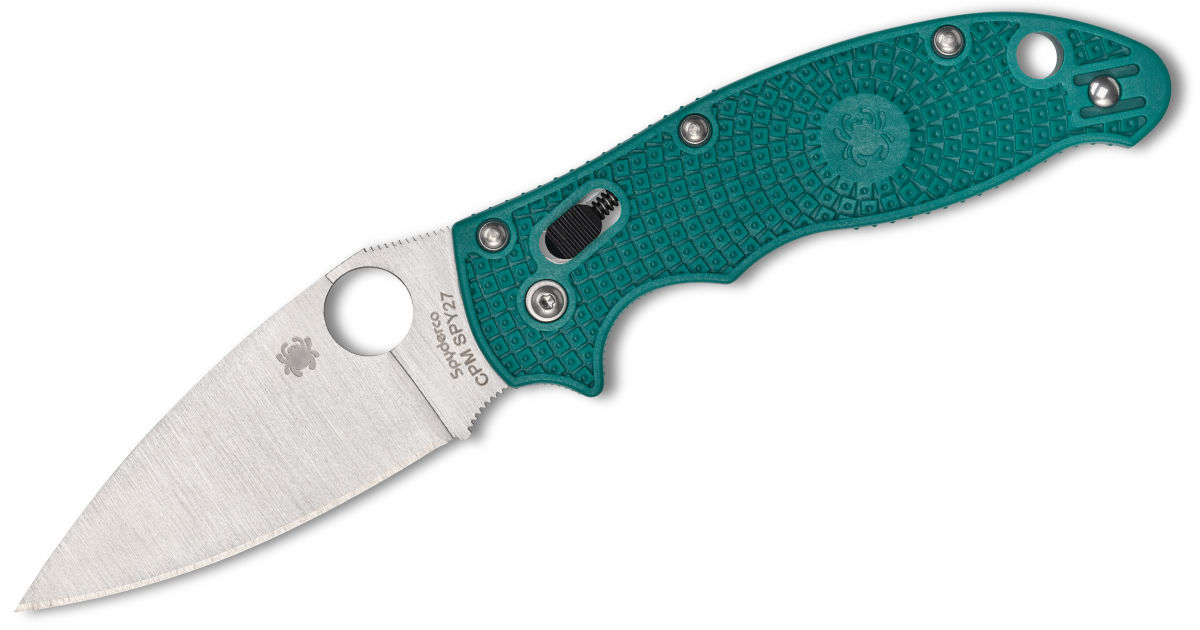 The Manix 2 is an awesome knife. I say its main rival is the Para Military 2. Both serve similar functions and have larger sizes. The main difference is the design, and it’s hard to argue that the PM2 is significantly better.

The Manix 2 has a 3.37-inch leaf-shaped blade, which some enjoy better. The steel varies depending on the model you opt for, but the latest with Cobalt Blue FRCP scales has the new SPY27 steel. It also uses a ball-bearing lock, which is easy to use with one hand and very secure. Unlike the PM2 to a certain extent, this knife is completely ambidextrous.

The lightweight version also won the Most Innovative American Design at Blade Show 2010. For a relatively cheap price, you can get a solid slicer made in America with some innovative locks and materials. Yep, one of the best. 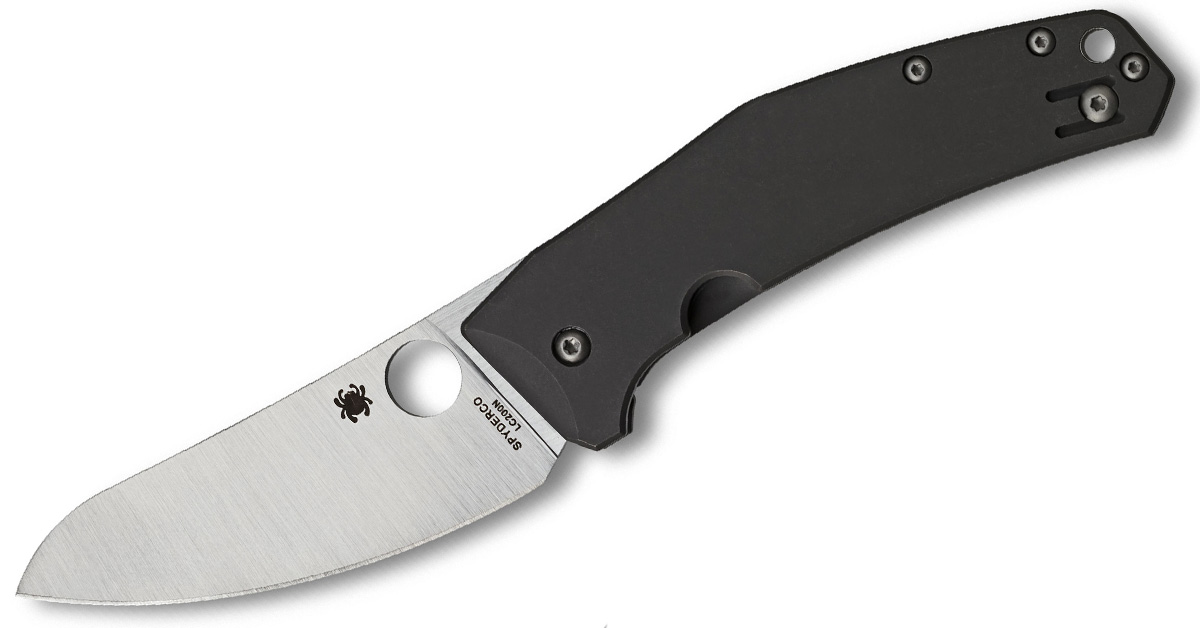 The knives on this list are mostly classics that have been around for a long time and have earned their reputation. However, the SpydieChef is the one major exception.

The SpydieChef is the newest knife on this list, having only been released in the 2016 mid-year catalog. Few knives have reached consensus greatness so early by some of the most respectable knife reviewers as the SpydieChef. People like Nick Shabazz, Everyday Commentary, BirdShot IV, Cedric & Ada Gear and Outdoors, and countless others all love the knife.

Spyderco is known for making some ugly knives, but the SpydieChef is one of the best-looking knives the brand has ever put out there. It has a  “gracefully curved blade” that’s optimal for kitchen tasks (but also solid for EDC) and a titanium handle with frame lock. The steel is LC200N aka Z-finit, which some say is the best steel available (it was designed by NASA after all).

The knife is somewhat hard to come by, but it’s one of Spyderco’s best knives right now.

The Native has been a Spyderco staple for a while now. The company is currently on the Native 5. The Native 5 G-10 was the first Spyderco folder to feature S35VN steel and has a 3-inch blade. As a general design, the Native features two choils to allow the hand to be either closer to the blade for more control or farther from the blade for dexterous cutting.

There is a lightweight version made from FRN along with a G-10 version. Recently, Spyderco released the Lil’ Native with a Compression Lock and a smaller design. 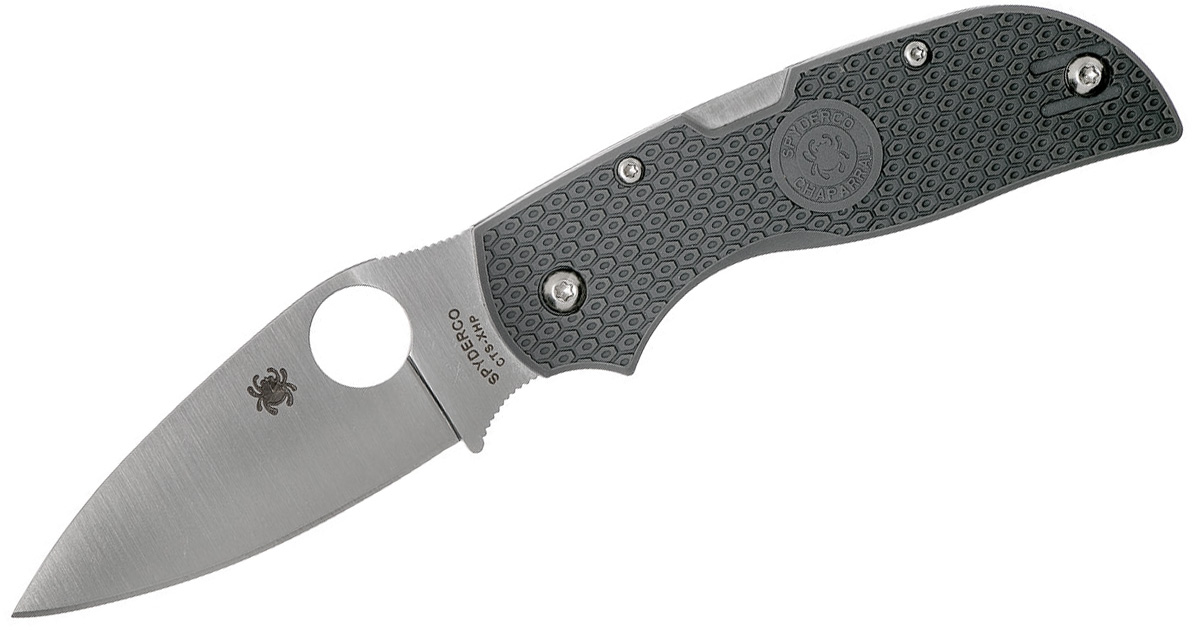 The Chaparral is a bit smaller and narrower and comes with CTS-XHP steel. It is also more lightweight. These knives succeed because they share many similarities. It is hard to fault Spyderco for going back to the same well when it works so darn good.

People debate over which version of the Chaparral is best — Raffir Noble, G-10/carbon fiber, or FRN. We’re partial to the FRN because there is a huge price difference and it’s sturdier. 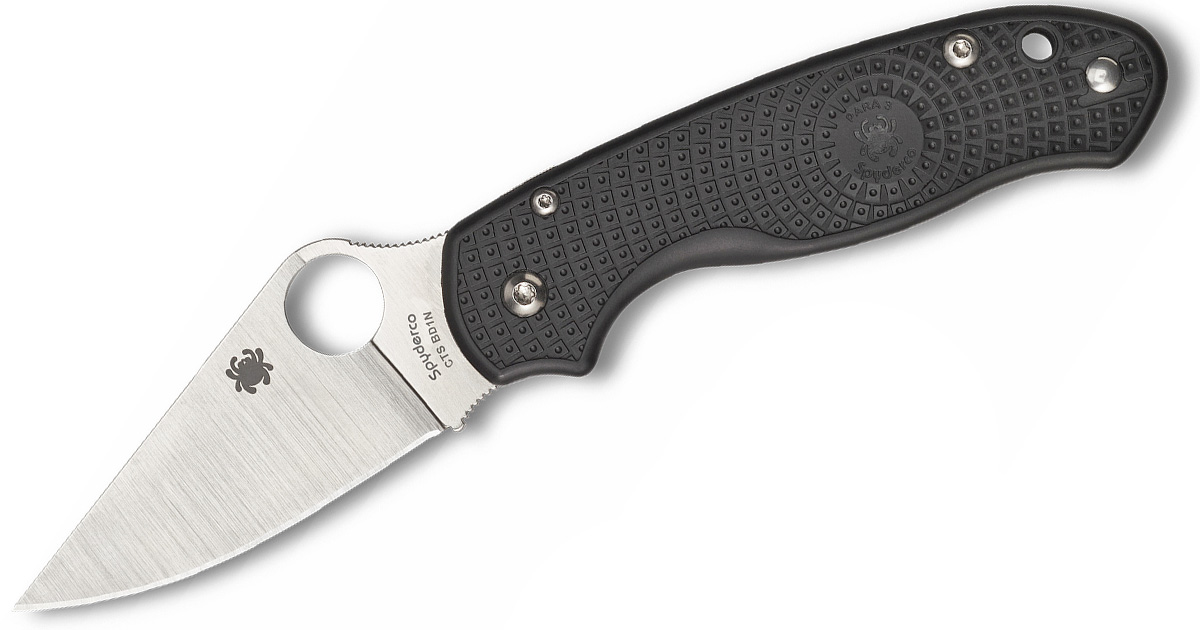 What’s harder than making a list is editing it. I had the tough task of kicking a knife off the list to make way for the newer Para 3 Lightweight. It was unfortunately the Sage 5 because the Para 3 LW is simply amazing.

The Para 3 was a hit but just had a few things missing in its design and execution. The lightweight version of the Para 3 changed the game.

It has a 2.92-inch BD1N steel blade and a bidirectional FRN handle. But the magic is in the Compression Lock that works well in the lighter handle. Spyderco also fixed the poor clip of the original Para 3 and substituted a low-profile and well-placed wire clip.

On top of everything, this US-made knife comes in at under $100. It’s a real steal. 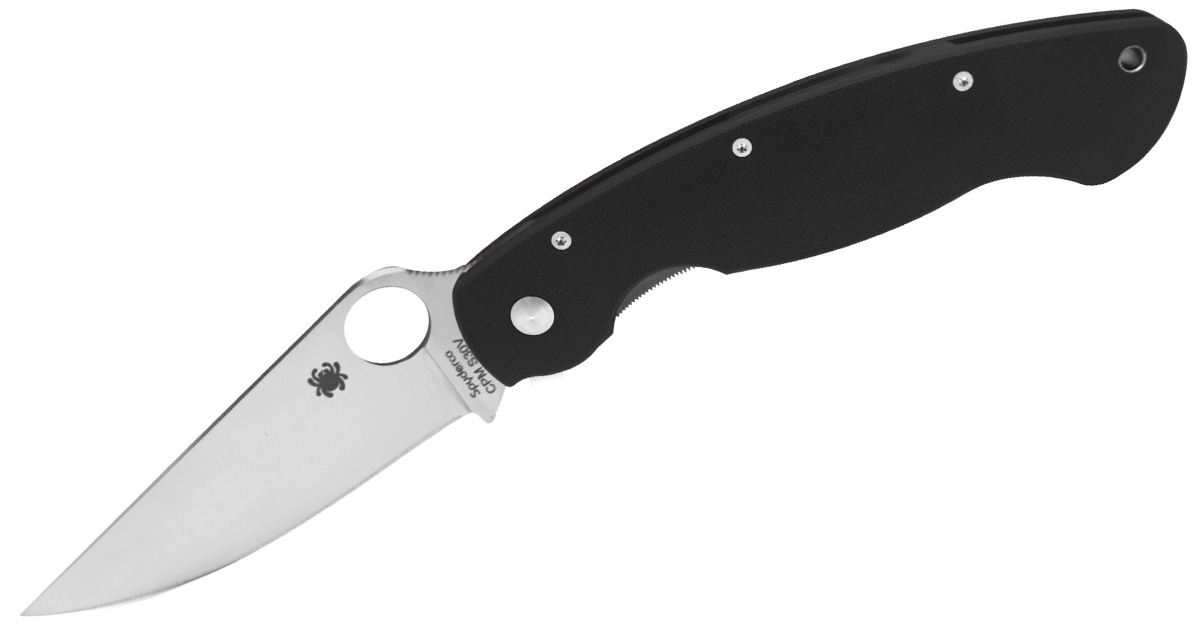 Finally, there’s the Military. As Spyderco puts it, the Military is a cornerstone of Spyderco’s Save and Serve lineup. Here’s more about its origins:

The Military Model came about after someone asked Spyderco’s owner Sal Glesser, “If your son were going into the military what folding knife would you send him with?” For certain, it had to meet the requirements of a high-performance, light-weight folder designed for hard use.

The Millie was one of the first knives to be subjected to the CQI and it remains an excellent option almost 30 years later.

Interestingly, the Titanium Millie was one of the best versions but was recently discontinued. Still, the G-10 Millies are available and worth every penny. The Military is large with a 4-inch blade made from S30V. The handle is narrow and fits the hand quite well. There are a few deficiencies in the design like the lack of clip movement options, but for a heavy-duty folder, this knife does very well for itself.