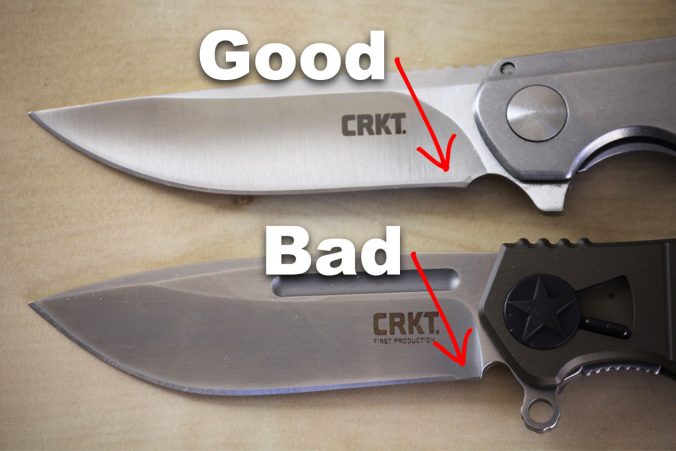 Making a knife is hard. There are so many things to take into consideration — from design to materials.

Criticizing a knife is easy. There are so many little things to nitpick about the design.

While I understand knife designers will likely cringe and complain about this complaint thread from some blogboy, someone’s got to do the dirty work. These aren’t design flaws that completely ruin a knife (well, for normal people anyway), but they can be pretty annoying design decisions or failures.

Here are 10 design nitpicks that I personally find annoying. Let us know your additions in the comments.

A choil is that little space between the handle and the edge of the blade. It is typically unsharpened and usually designed to put a finger in to choke up on the blade for more control. However, it can often serve another function as a sharpening choil. 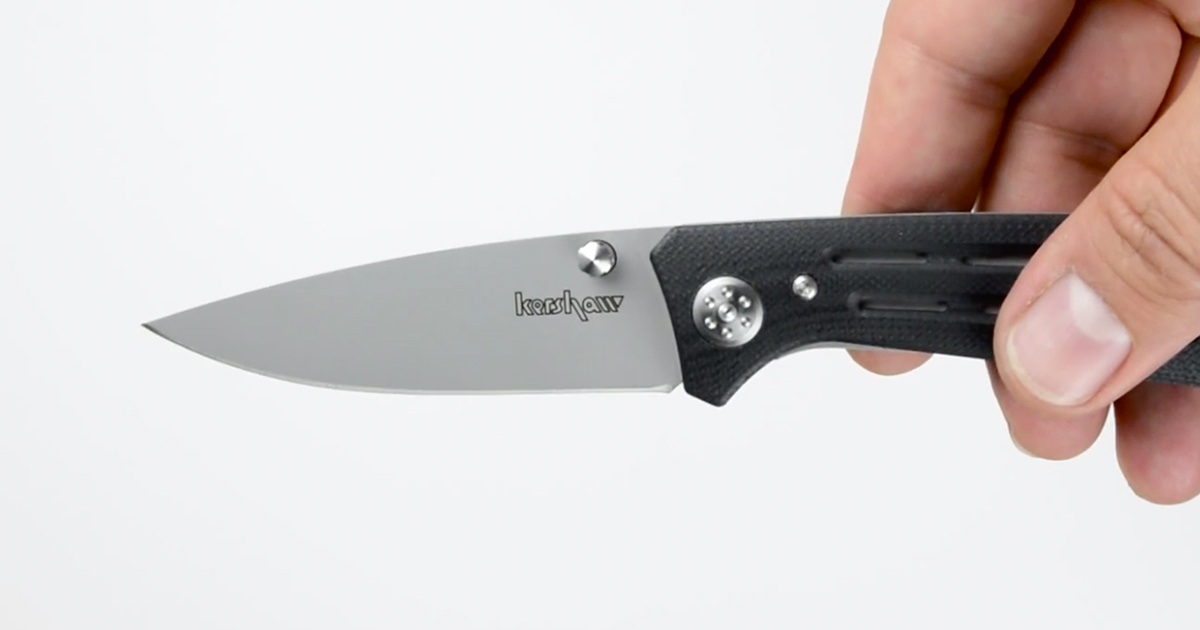 The thumb stud is a tried-and-true method for opening a knife. While there have been a number of advances in opening (just check out our popular post on knives with unique opening mechanisms), the thumb stud remains a favorite.

However, there are times when the easy to use thumb studs provide a particular annoyance — when the thumb stud is in the cutting path of the blade. Some designs are more egregious than others but if you’re trying to cut something thick cleanly, you shouldn’t have to worry about the thumb stud getting in the way.

Here is a particularly egregious example from a gas station knife. 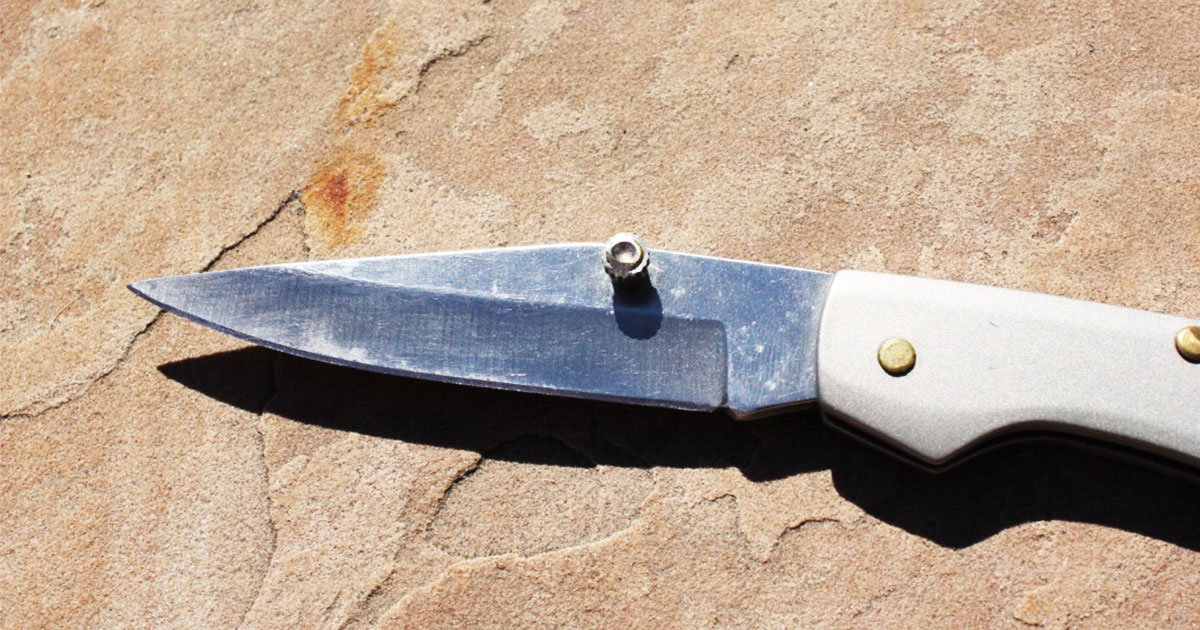 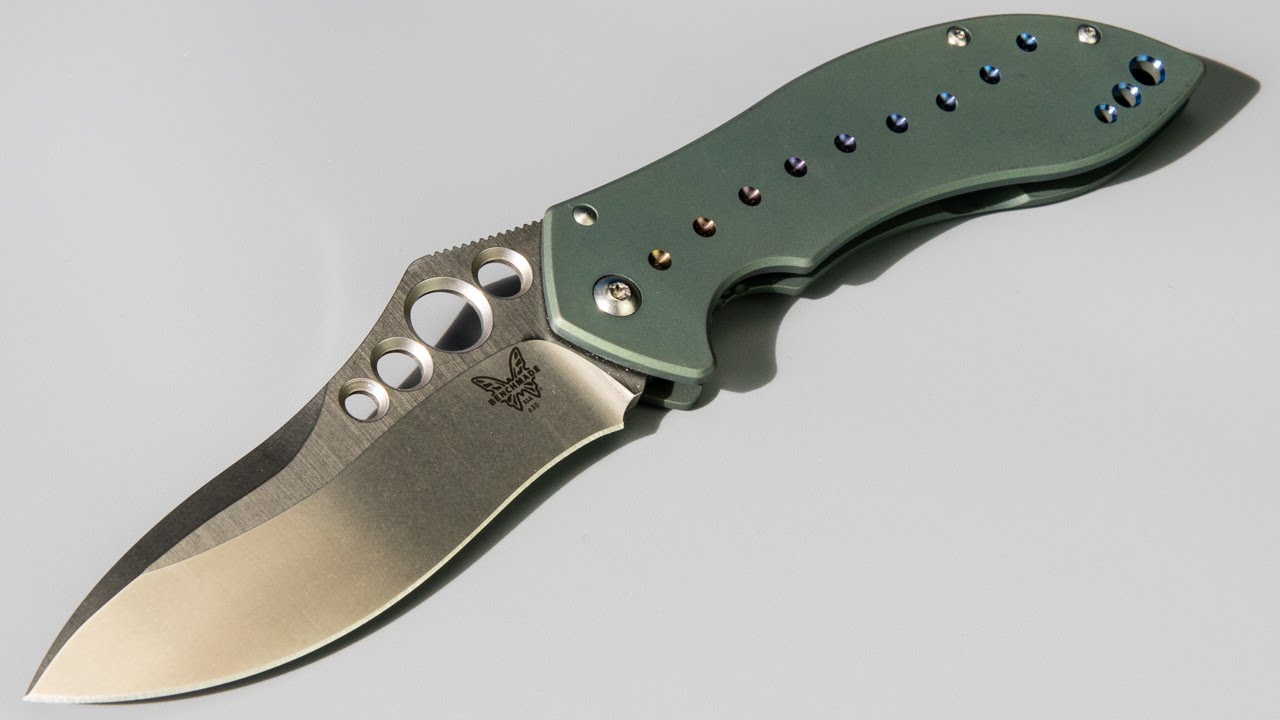 Holes in the blade have a place. For example, Spyderco has made a living off of having a hole right in the middle of every knife. For the most part, these have a good purpose in aiding the opening of the knife (unless it’s those Spyderco fixed blades that have one for no reason).

But, when the blade of a knife is filled with unnecessary “speed holes” as I like to call them, it drives me crazy. Cleaning inside these little holes that do nothing but decorate a blade and maybe shave off a few fractions of an ounce is no fun.

Jimping behind a flipper 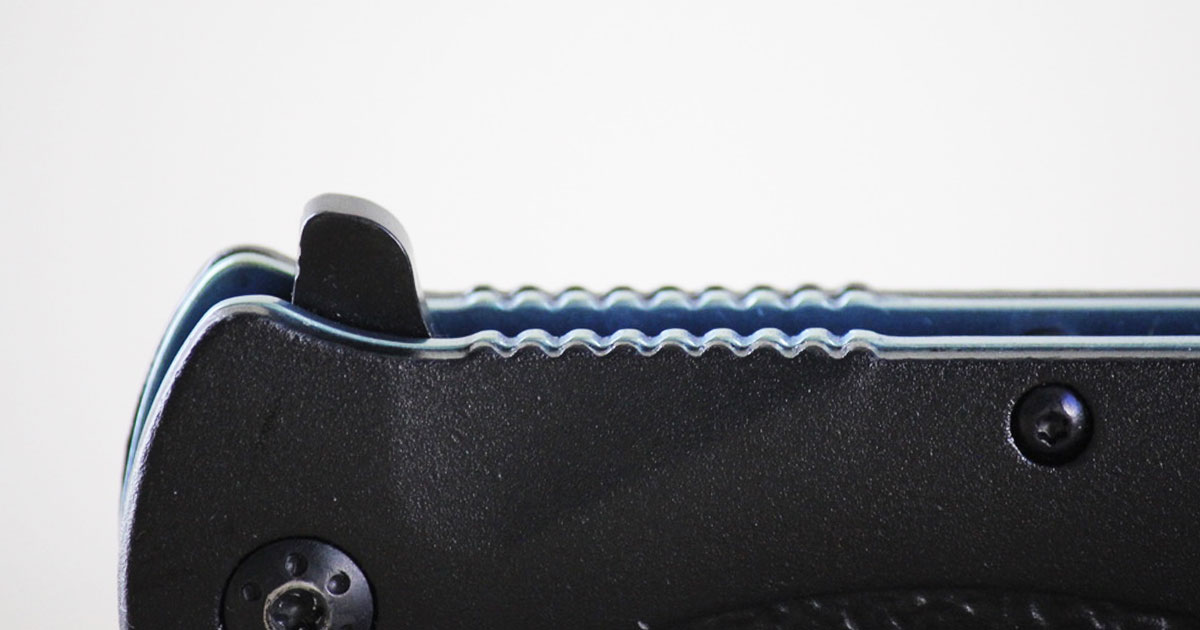 Jimping serves an important function in allowing a user to hold a knife without slippage. Jimping on a flipper tab itself is fine because it makes finding and flipping the knife open easy. Jimping behind a flipper where there should be smooth surface is blasphemy.

There shouldn’t be anything that impedes the engagement of a flipper. 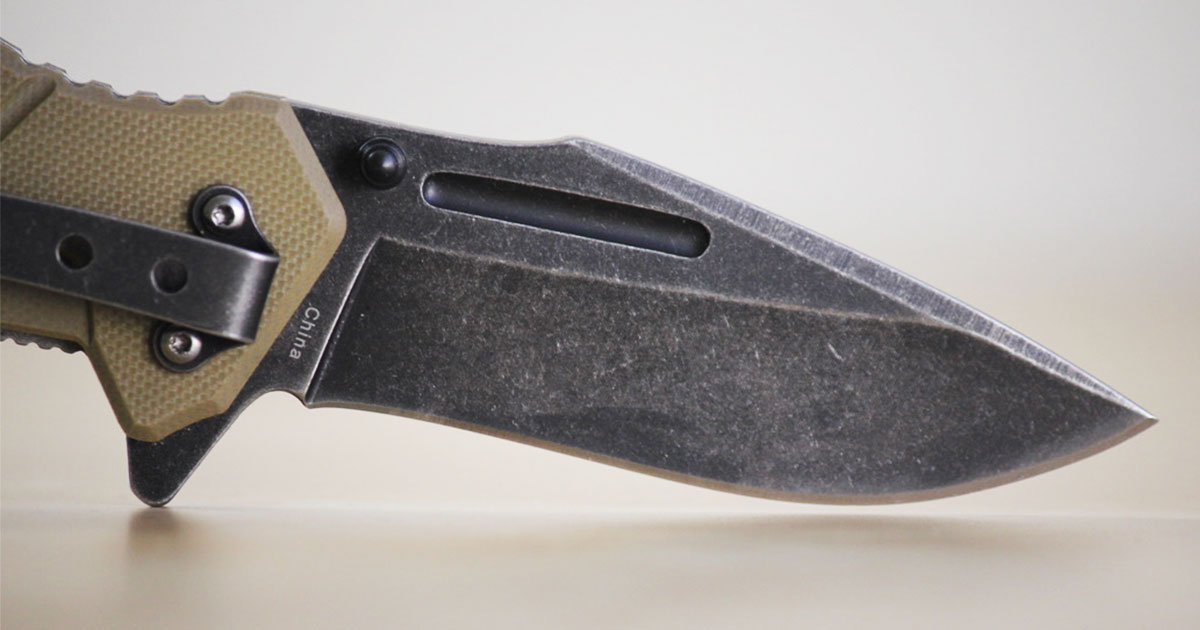 If you do even a fraction of the cuts that Pete from Cedric & Ada make with a knife, you want it to be able to cut anything on a flat surface. I find this almost necessary for an EDC that you’re using for everything — from opening boxes to prepping food.

Some knives have a large flipper tab or a reverse recurve (is that a term?) that prevent the bottom of the knife from hitting the ground. A knife like the SpydieChef shows how a nice slicey design should be.

Can you guess who makes this knife?

If you make something, you should put your name on it. It’s only fair. However, having a knife with too much verbiage emblazoned on the blade, handle, and pocket clip is tacky.

Custom designers don’t do this, but brands often take it to the extreme. SOG is known for doing this, but they’ve tampered it down a tad the past few years.

Speaking of pocket clips — there are some designs that look like the maker created an awesome knife but remembered that they needed a pocket clip and stuck one on after the knife was complete.

For example. Look at this handsome knife.

Then look at the clip.

I’ve written about poor clip designs in the past, but a clip can really make or break a knife — whether it doesn’t vibe with the design or makes holding it too uncomfortable.

Have you ever thought about buying a knife but didn’t because it didn’t have a lanyard hole? Probably not. It seems like knife designers think they have to put in a lanyard hole. If a lanyard hole is present, I don’t mind as long as it doesn’t interfere with other aspects of the design. Unfortunately, that’s not always the case. 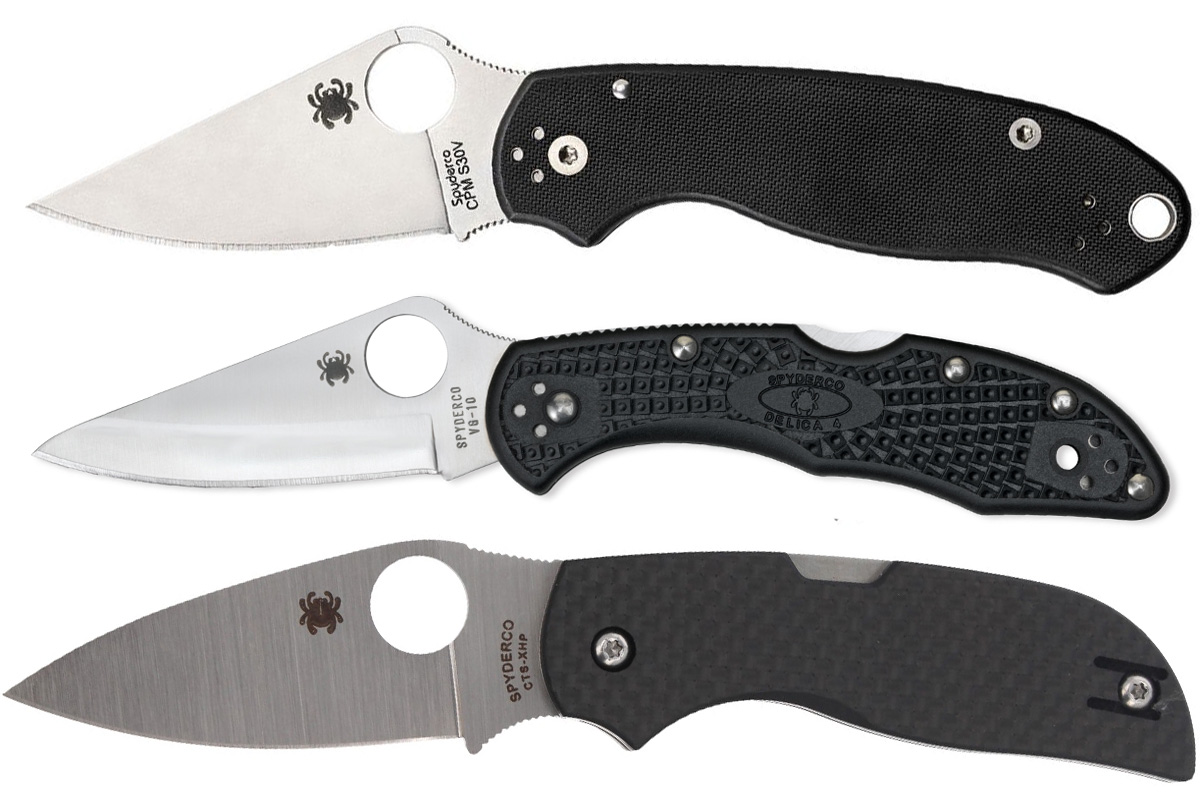 Take the Para 3 for example. People ripped the addition of the lanyard hole because it moved down the pocket clip and seems pretty unnecessary. I even think it’s unnecessary on the Paramilitary 2. An unobtrusive design can be found in the Spyderco Delica. For a non-lanyard holed Spyderco, check out the widely hailed Chaparral. 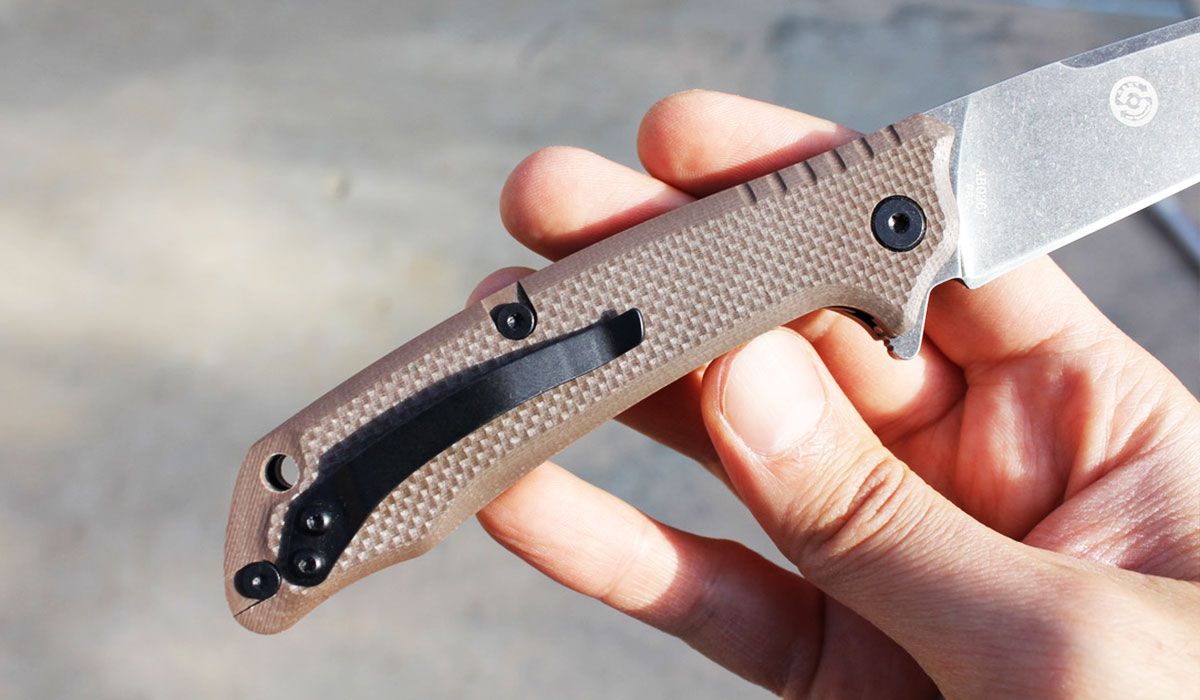 Pocket clips are hard to design — as I talked about in an earlier section — but a single position pocket clip is an annoying feature in many knives. You typically find this in budget knives. The reality is that a single-position clip is only annoying to some people. For example, if a knife has a tip-up only clip, person A may love it and person B may hate it. If a knife has a tip-down only clip, person B may love it and person A may hate it.

That’s why clips you can reposition are a great design feature. Of course, unless it’s a four-position clip, there will always be that person who prefers the clip orientation another way. Unfortunately, a designer can’t please everyone at all times.

The Advocate has almost kicked everything else out of my pocket. #spyderco #spydercoknives #spydercoadvocate

Flippers can be great, but they can also be annoying. Some flipper tabs are small and unobtrusive. Others are way too big.

This pretty much dovetails into the cutting on a flat surface complaint because large flippers are the usual culprit. However, a large flipper can carry terribly in the pocket, look goofy when open, and even open accidentally. 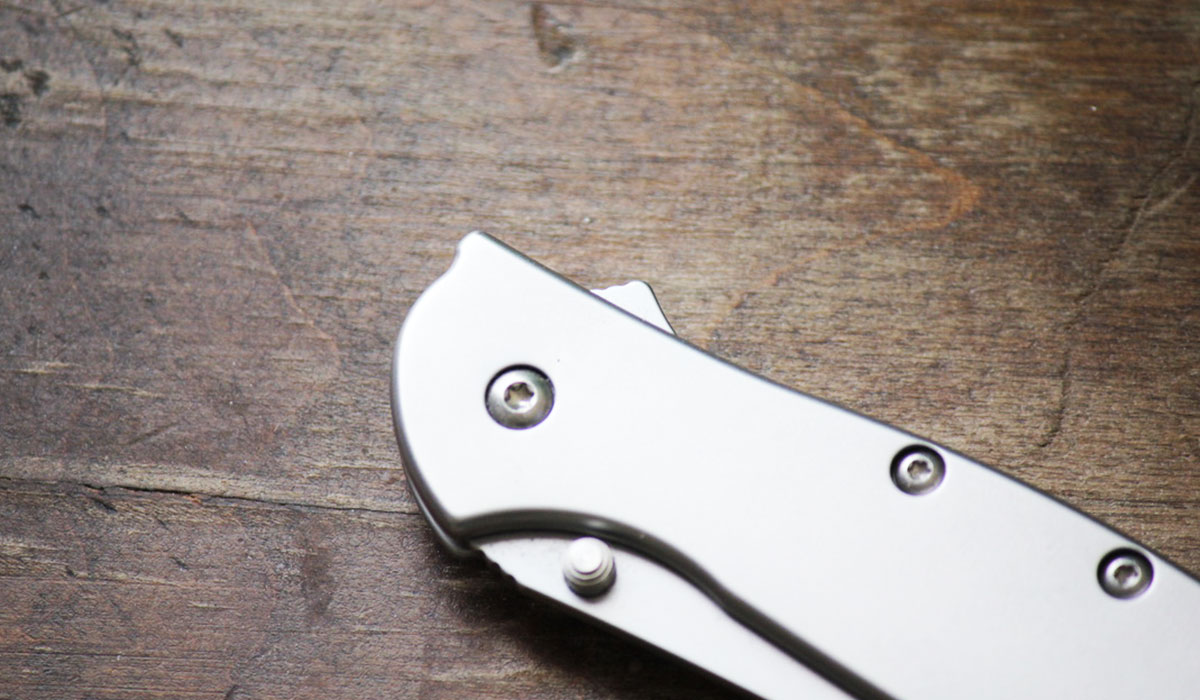 For a well-executed flipper, take a look at the Leek. The flipper is great. It’s small and not pointy and I’ve never had it launch prematurely in my pocket — even though it has the SpeedSafe mechanism. It also pretty much disappears when open. While some flippers work well as a guard, a good flipper can also fade into the background.

What other design annoyances did we miss?