There were a ton of new knives to gawk at and custom knives to buy. But one of my favorite parts of BLADE Show is the awards. Awards are highly subjective and often forgotten but it’s always interesting to see which knives take home which prizes. I recently assembled a list of all the Overall Knife of the Year winners since the very beginning of the show if you’re so inclined.

Up next is a look at a handful of the winners along with the full list of winners at the end. 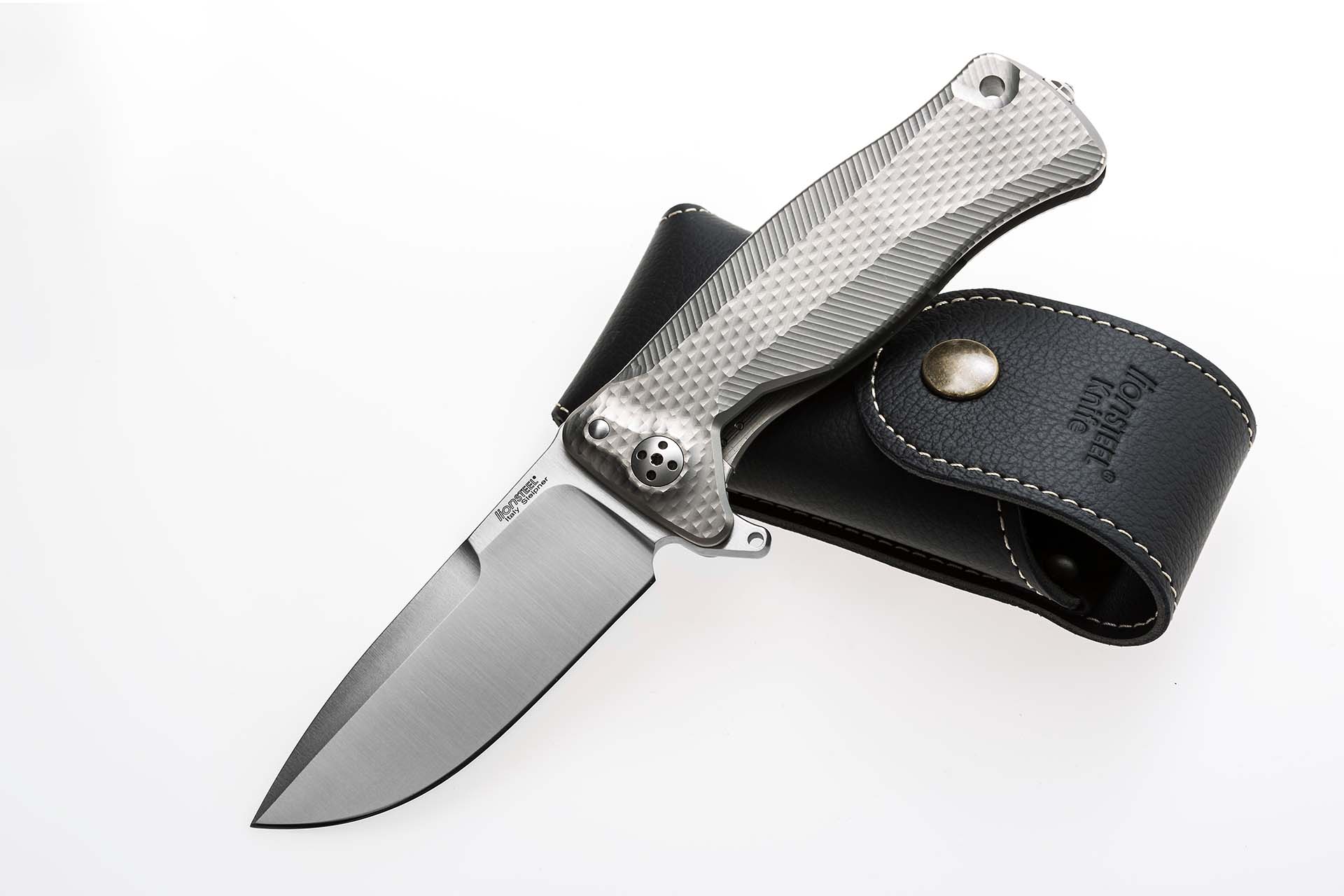 The Lionsteel SR-11 is a truly impressive piece of artistry that evolved out of the popular SR-1, which won the Most Innovative Imported Design of the Year award at BLADE Show 2010. This model features a ball-bearing flipper system, a tungsten carbide window breaker, Rotoblock frame-locking system, and a 3.7-inch Sleipner blade.

Here’s another look from SR-11 owner foldersunfolded on Instagram:

New from @spartanblades1, the Kranos folder. The name is Greek for helmet, and ties in with the subtle Spartan helmet outline on the titanium and G10 handle. The blade is S35VN steel, retail prices range from $515 to $545. #spartanblades #kranos #bladeshow #BangingBlade17 #sharpknivesmatter

Winning the American-Made Knife of the Year is the Kranos from Spartan Blades. It features a modern look with an S35VN blade and a titanium/G10 handle. Kranos is apparently the Greek word for helmet, which is awesome because if you look closely, you can see the profile of a Spartan helmet in the handle design. Subtle but awesome. 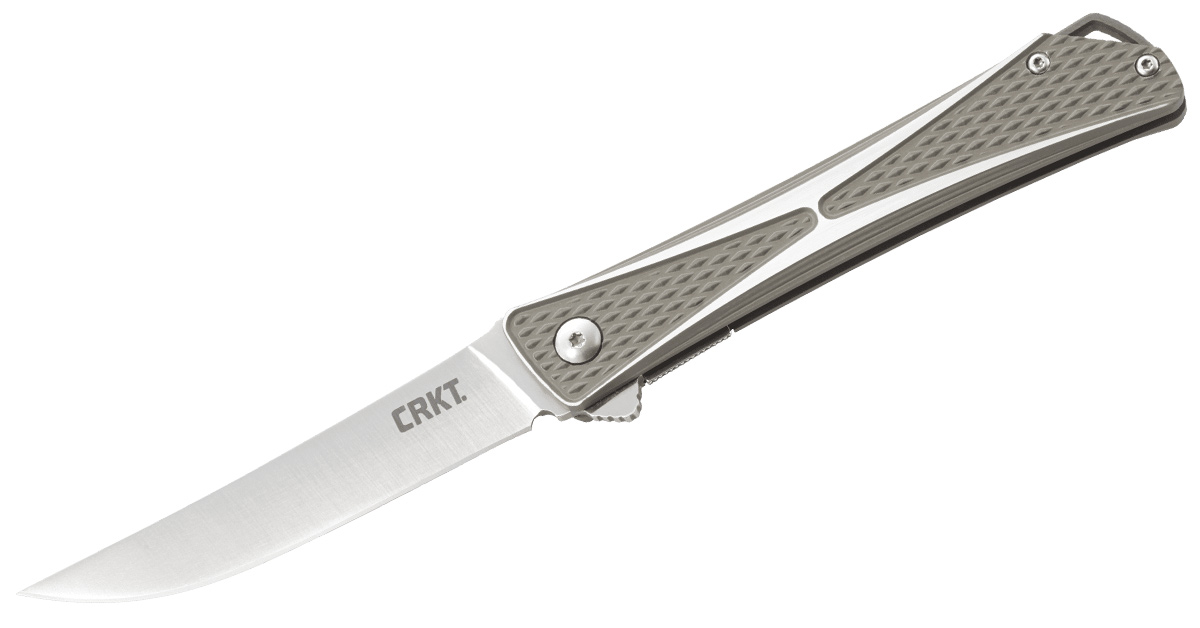 CRKT won Imported Knife of the Year with its Foresight back in 2012 and takes home the prize again this year for its Crossbones. Designed by Jeff Park of Hawaii, the Crossbones is a thin and streamlined flipper that’s lightweight and versatile. It’s based off Park’s first custom release and features IKBS ball bearing pivot system, brushed aluminum handles, and AUS 8 steel blade. That’s all in a  package that’s 2.4 ounces.

(The image is of the flipper button lock version of the knife but you can see the auto version in the video.)

One of my personal favorite awards surrounds innovation because these are some of the most interesting designs. Brian Tighe gets the nod this year with his Tighe Breaker Integral Automatic (I swear he’ll never run out of knife names based around his surname). This  version is the first integral automatic knife and features handles made from a  single piece of titanium. They’ll make even the manliest man swoon.

The handle on the new Tighe Breaker Integral from @tigheknives is formed a single piece of #titanium, and it's available in either manual #flipper or #automatic configuration. #tigheknives #tighebreaker #bladeshow #BladeShow2017 #knife #tool #edc #survival #prep #recoiloffgrid #offgridweb 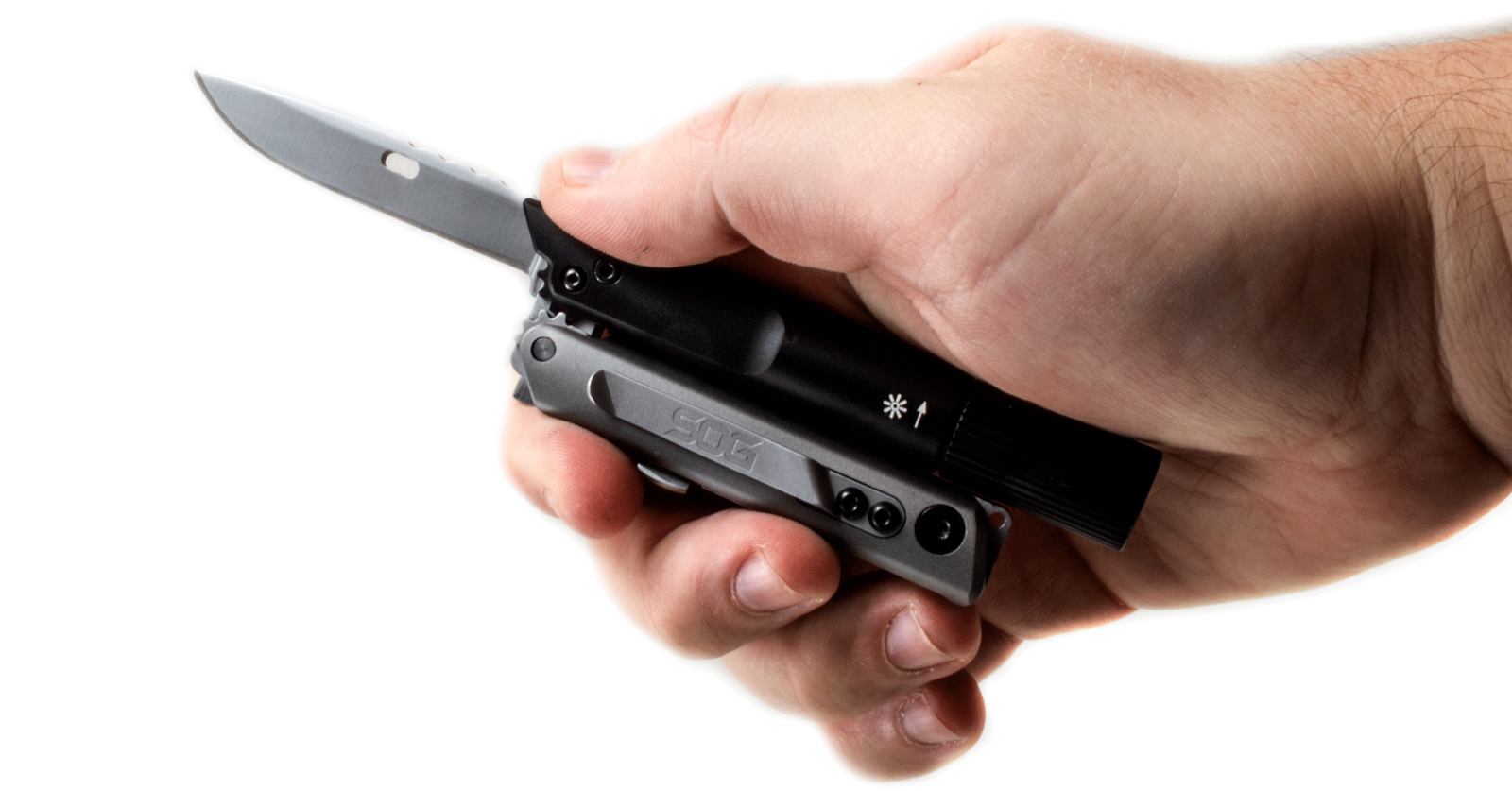 When the SOG Baton series was first released, it pushed the design possibilities of multitools to a completely new level. I gushed over the designs, particularly the Q2, when they were first revealed and I stand by it.

The Q2 is a pen-shaped multitool that folds to reveal a blade and also conceals a few bonuses, such as a bottle opener, LED flashlight, and screwdriver. I still can’t wait to get my hands on one. 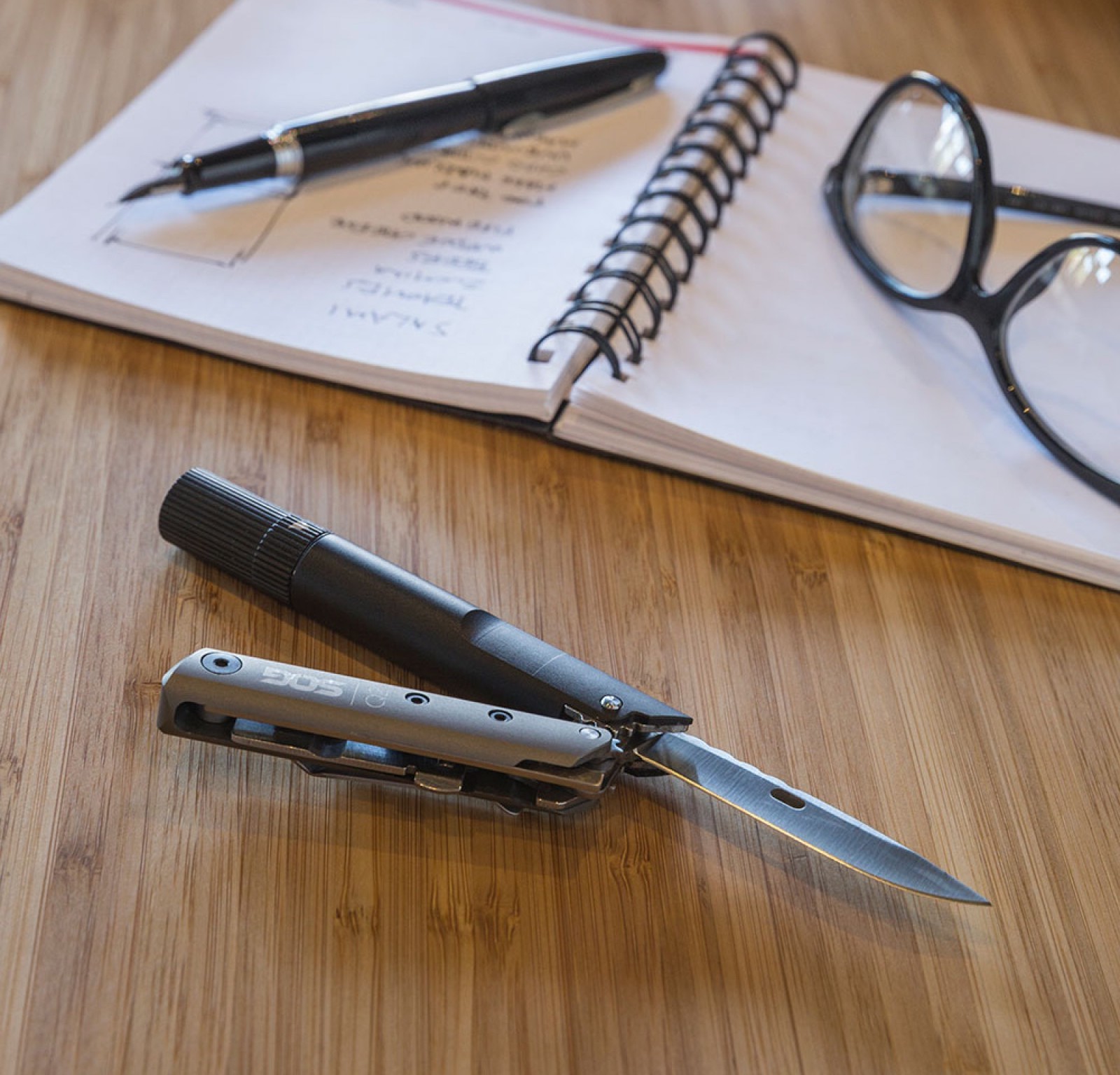 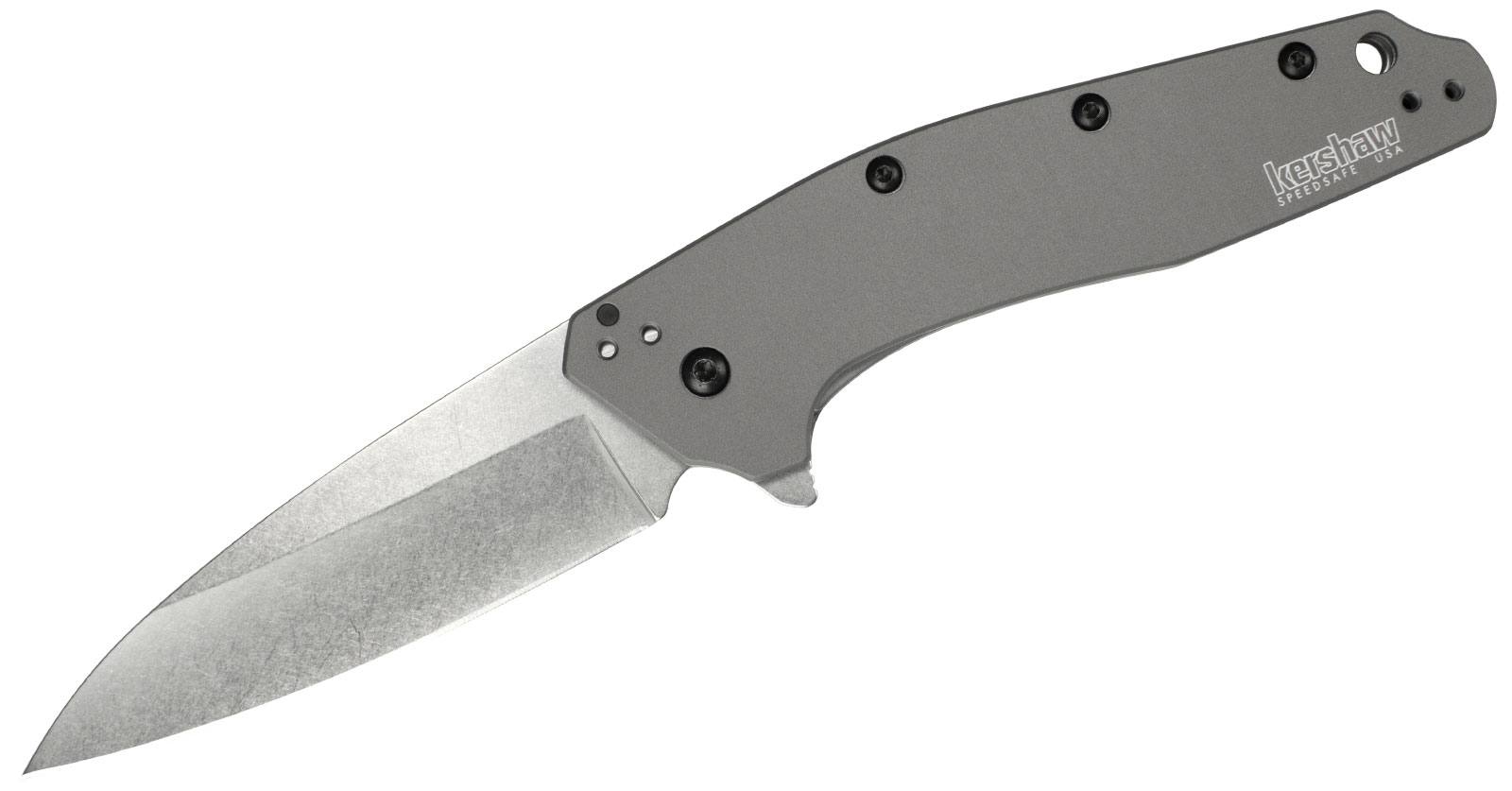 The Kershaw Dividend was released to much praise and anticipation and gets some acknowledgement as a best buy this year. The Dividend is an American-made knife that’s inspired by the popular Link series, except it’s a bit slimmer. Somehow Kershaw managed to keep it affordable, despite being made in the US and featuring 420HC steel and an anodized aluminum handle.

For an even cheaper option, you can pick up the version with a glass-filled nylon handle. It’s even .2 ounces lighter.

Here’s a look at both from birdshot_iv on Instagram:

Taking a look at the new Kershaw Dividend in tonight's video, from the park! These budget folders are 100% USA made and have quickly become some of our favorites. #kershawknives #kershaw2017 #kershawdividend #kershawusa #knifenuts #knifecommunity 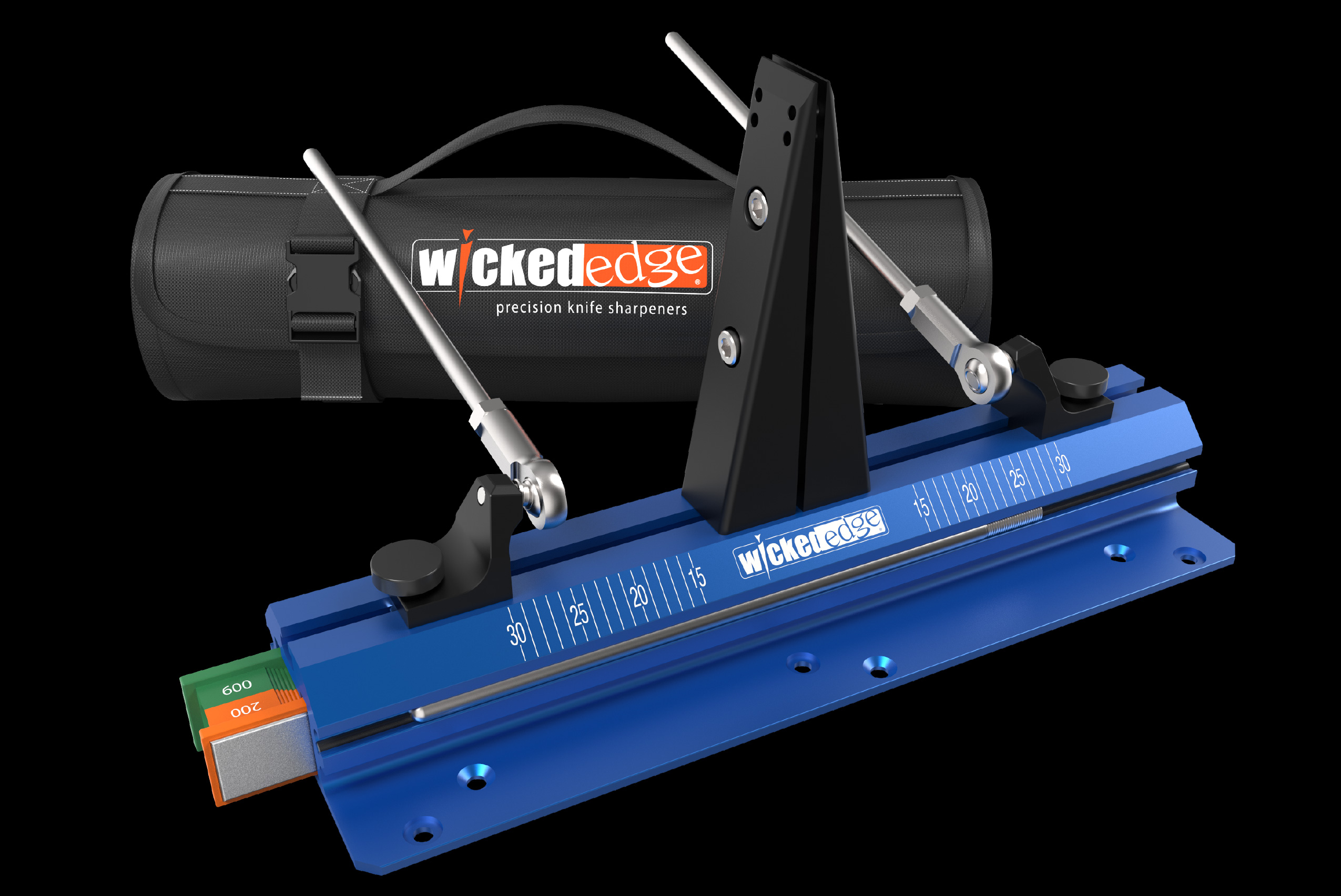 A sharpener often wins the Accessory of the Year award and Wicked Edge is usually the company behind it. This year it’s the Wicked Edge Go. The Go is a manual sharpener expected to ship in September and is made to be a portable precision sharpening machine. It can handle angles from 15 to 30 degrees in 1 degree increments.

FOX Knives won the collaboration of the year award with its new MK Ultra series, which was made with Doug Marcaida and Jason Knight from Forged in Fire. The MK Ultra is a series of kukri-styled fixed blades and folders that are downright sexy.