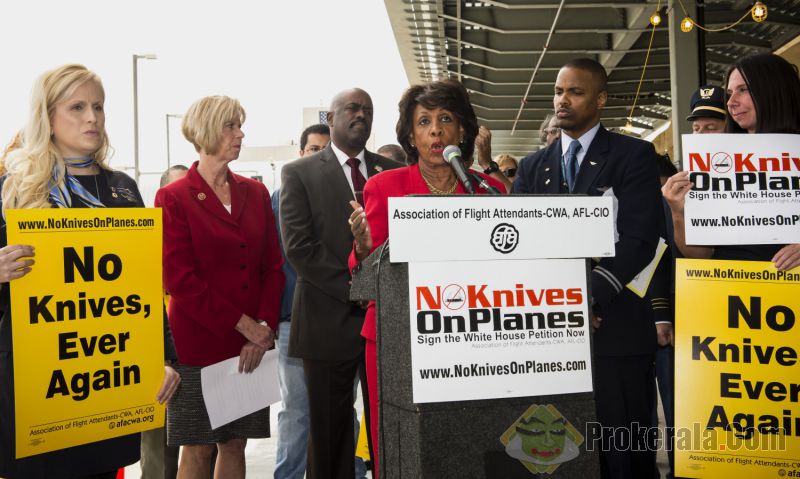 March 6, 2013, may have been the most newsworthy day for pocket knives in history.

On that date, the Transportation Security Administration (TSA) announced that it would be allowing small pocket knives (under 2.36 inches) on planes.

The policy change, which brought the U.S. in step with regulations across most of the world, was seen by knife owners as not only a personal victory, but also a step toward a more sensible and effective policy for TSA.

In addition to allowing small knives on a plane, the rule reversal also meant that individuals would be permitted to carry hockey sticks and golf clubs on board.

TSA officials cited the low risk of these items to passenger safety and the time-consuming task of searching for them as the reason for the policy change.

“The focus is on what could present catastrophic damage to the aircraft,” said David Castelveter, a TSA spokesman.

The rule change, which was result of significant lobbying by knife advocacy groups such as The American Knife and Tool Institute, was quickly the target of harsh criticism from a number of different groups.

The most vehement objection came from the Association of Flight Attendants (AFA), who characterized the decision as one that makes both airline employees and passengers less secure.

The organization started an online petition, No Knives On Planes.com,  and recently filed a grievance with the TSA, stating that “permitting knives in the cabin is an unnecessary risk to the traveling public.”

Member of Congress from both parties also vowed opposition to allowing knives on planes.

New York Senator Charles Schumer blasted the decision in a radio interview with a local station.

TSA Backs Down in Wake of Boston Marathon Bombings

While the AFA and other organizations decried the decision, a number of transportation safety experts, journalists and policymakers supported the change.

In a article for the libertarian publication Reason, J.D. Tuccille, blasted the AFA for its opposition. Tuccile  noted, as many others had, that there were a number of other equally harmful, if not more dangerous items that would be allowed in board, but weren’t drawing the same criticism.

I hesitate to point this out for fear of sending the flight attendants’ association into an organizational panic, but the same TSA notice allowing for small knives also allows novelty bats, pool cues and golf clubs.

Honestly, in a bar fight, I’m reaching for the pool cue, not my Leatherman micra.

It’s also been pointed out by many that TSA currently allows pointed scissors with blades up to four inches long, knitting needles and screwdrivers as long as seven inches, and glass bottles, all of which can easily be transformed into a deadly weapon.

Lastly, many cited the fact that since all cockpits are now fortified, it would be impossible to hijack a plane using a pocket knife.

It appeared that, despite the opposition, TSA would go ahead and begin allowing pocket knives on planes starting April 25.

Yet, on April 23, two days before the new rule would go into effect, TSA announced that it would delay the change while considering additional input from airline companies, passenger advocates and other stakeholders.

Many suggested that in addition to the backlash, the recent bombing at the Boston Marathon may have also swayed TSA to move more cautiously.

For the moment, passengers are still prohibited from carrying any and all knives on planes.  TSA has given no indication of when it will act, or if it will act, on the issue.

While opponents consider the delay a victory, others, such as Chicago Tribune columnist Steve Chapman, described the delay as an example of the bureaucratic impulse to choose extreme caution over common sense.

“Small knives are also useful tools that many people find indispensable in the course of daily life, including the part that takes place on airplanes,” Chapman wrote in a recent editorial.

“But making life slightly better for travelers may not be enough to overcome the bureaucratic imperative: When in doubt, do nothing.”

Do you think pocket knives should be allowed on planes?  Weigh in via the comment section.  If you leave a stellar comment, we may hook you up with a free knife.  Just don’t bring it on a plane, yet.