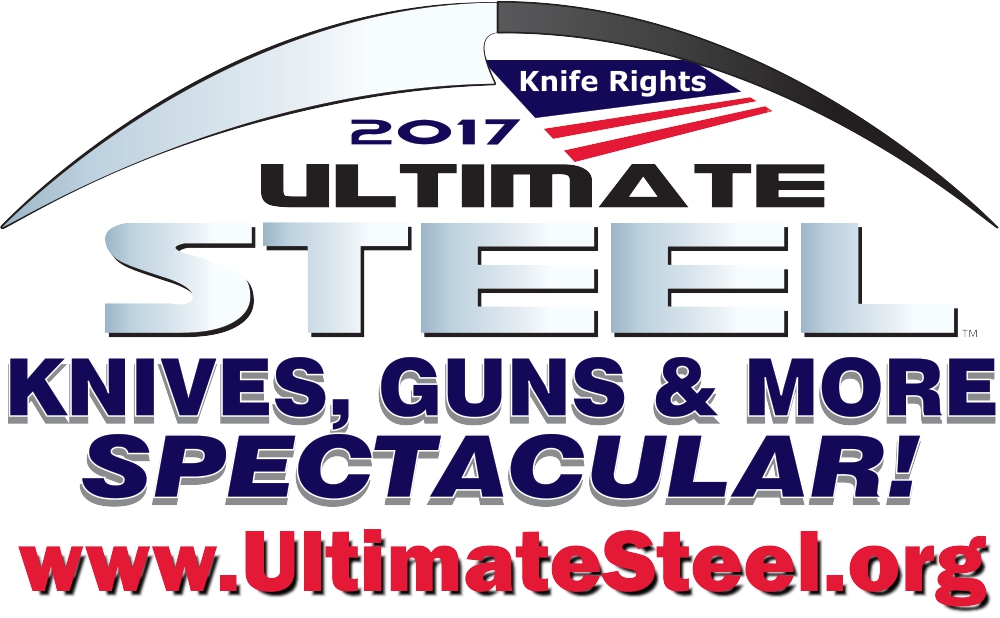 Every year Knife Rights launches its Ultimate Steel campaign to raise money because fighting for your right to carry knives doesn’t come cheap.

This year, the knife-advocacy organization has more than $200,000 worth of prizes to give away to those who donate to the cause.

Here’s how it works: You pick one of 10 donation amounts and receive entries based on the amount. For $20, you get one entry. For $60, you get four entries as well as a free bonus entry. As you get to higher amounts, you also get some nice add-ons. For example, at the $300 mark, you get 37 entries (including 22 free entries) and a free Colonial Nemesis, which is valued at $200. Those are available in limited quantities.

Not only do all donations at the $60 or higher level get you a free annual membership but you also get into the early bird drawing if you donate any amount before May 15. The final deadline is August 1. Check out the donation levels with prizes. 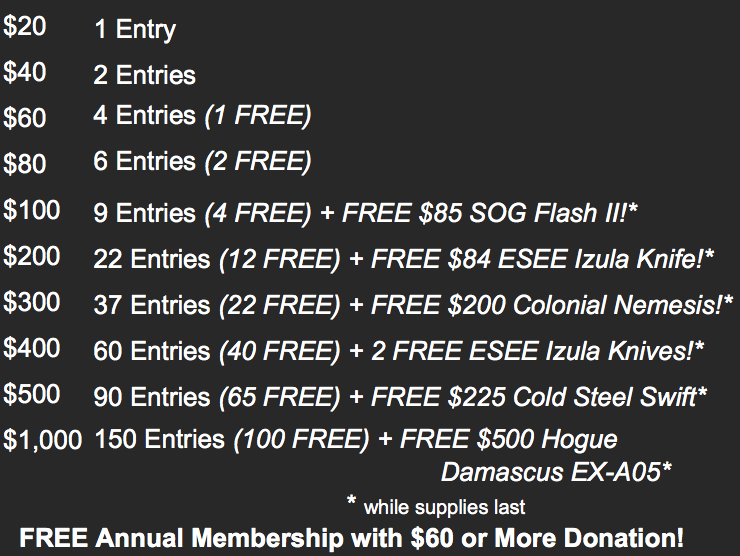 Here’s a quote from Knife Rights Chairman Doug Ritter, whom we interviewed in the past:

“You’d be hard pressed to find a better fundraiser anywhere with all the extraordinary prizes. [It’s] Winner’s Choice so you don’t just get a chance to win, you get win a prize you want and all the free donation bonus knives. Donations support Knife Rights’ work Rewriting Knife Law in America, so it’s a WIN-WIN for  everyone when you donate!”

There’s so many chances to win and the prizes will have you drooling. 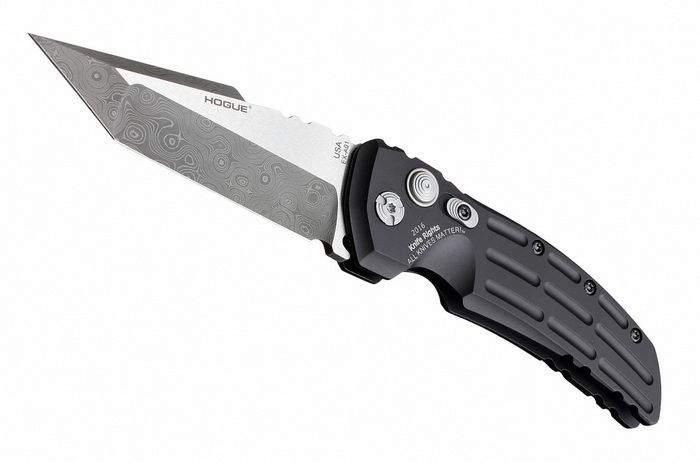 Knife Rights gave this knife away in 2016 and Hogue will be making more this year.

Knife Rights has made strides the past few years getting laws repealed and clarified. Just last month, Colorado passed a repeal of its switchblade ban thanks to the hard work of the organization. Other bills, including the big one — the repeal of the Federal Switchblade Act — are currently making their way through the system.

While the Knife Owners’ Protection Act of 2017, which repeals the federal switchblade ban, has a less than one percent chance of getting enacted, according to PredictGov, it’s up to organizations like Knife Rights to keep putting politicians’ feet to the fire.

If you want to support knife rights or simply want to win some awesome gear, donate today.