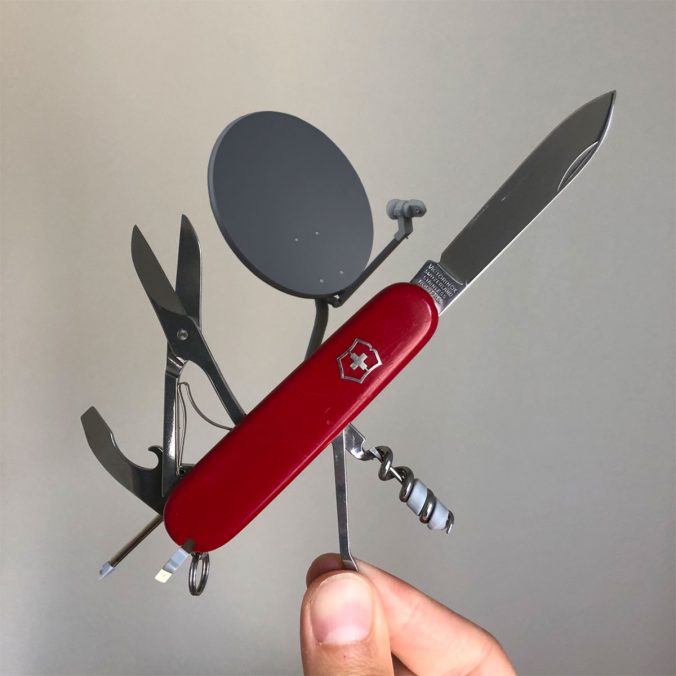 UK Politician Advocates for GPS Trackers on Every Knife

I’ve been sympathetic to the complicated relationship between the United Kingdom and knives. There’s no doubt knife crime is a major issue in the country and that something needs to be done about it.

I even wrote a nuanced conversation about how to look at knife crime in the country in a moment when everyone was poking fun at the mayor of London for tweeting that there was never any reason to carry a knife (despite my article listing 101 uses for a pocket knife).

But sometimes people go a little too far. Take a look at this tweet from member of Parliament Scott Mann:

Every knife sold in the UK should have a gps tracker fitted in the handle. It’s time we had a national database like we do with guns. If you’re carrying it around you had better have a bloody good explanation, obvious exemptions for fishing etc.

That’s right… he just said that all knives sold in the UK should have GPS trackers built into the handle. Think about that because Mann certainly didn’t.

How many knives are currently in the UK? There are roughly 27.2 million households in the UK. Let’s be conservative and say each household has four kitchen knives (which is about a dozen less than I have). That’s more than 108 million knives just in the kitchen.

Add the countless pocket knives and fixed blades — both those used legitimately and illegitimately — and you get hundreds of millions of knives already in the country. On top of that, what exactly would putting a GPS tracker on a knife accomplish? Then you’d have to make sure they were all charged all the time.

This is just one of the most absurd measures of knife control I have ever heard.

But the good part is that it seems like pretty much everyone everywhere agrees. Cue the hilarious responses.

“False alarm in Leamington Spa – it’s back in the cutlery drawer.” pic.twitter.com/ARU8ryPNDe

"There's been a stabbing"
"Quick, get me the GPS tracking for every knife in a 3 mile radius"
"OK, it says there are 120,000 of them, mostly in kitchens"
"Bollocks, thought we had them then"
"Could ask those young lads with the machete"
"Nah, they've got a mackerel, been fishing"

Actually it’s a brilliant idea. I’ve made a prototype! Thoughts? I know it could be smaller but the first one is always bigger! pic.twitter.com/H3bUUyqslS

The good part about all this is that Mann understood just how ridiculous his idea was.

Another MP even invited Mann to read some of the best responses. Take a look:

I reveal a secret part of the Palace of Westminster you may not have seen before: the Ministry of Good Ideas. Guess who’s behind the desk.. pic.twitter.com/yEo4ObzdwO

Here’s what he said about the plan according to the Telegraph:

Scott Mann admitted his idea was “s—“, but added: “ultimately we do have a problem, and no one’s coming up with any solutions, we need to sort it out.”

I understand his desperation in trying to get knife crime under control, but this ain’t it chief. It’s going to take a look at the community as a whole while trying to get disenfranchised youth to buy back into society — among other things.

Thanks for the laugh though, Mann.

What is Loctite and is it Necessary?