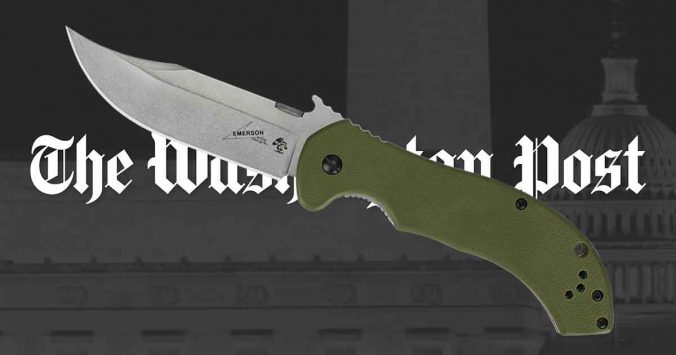 Well, thanks to an article published in The Washington Post on September 15, people all over the country had the joy of learning all about the group’s effort to repeal restrictive knife laws in the United States. 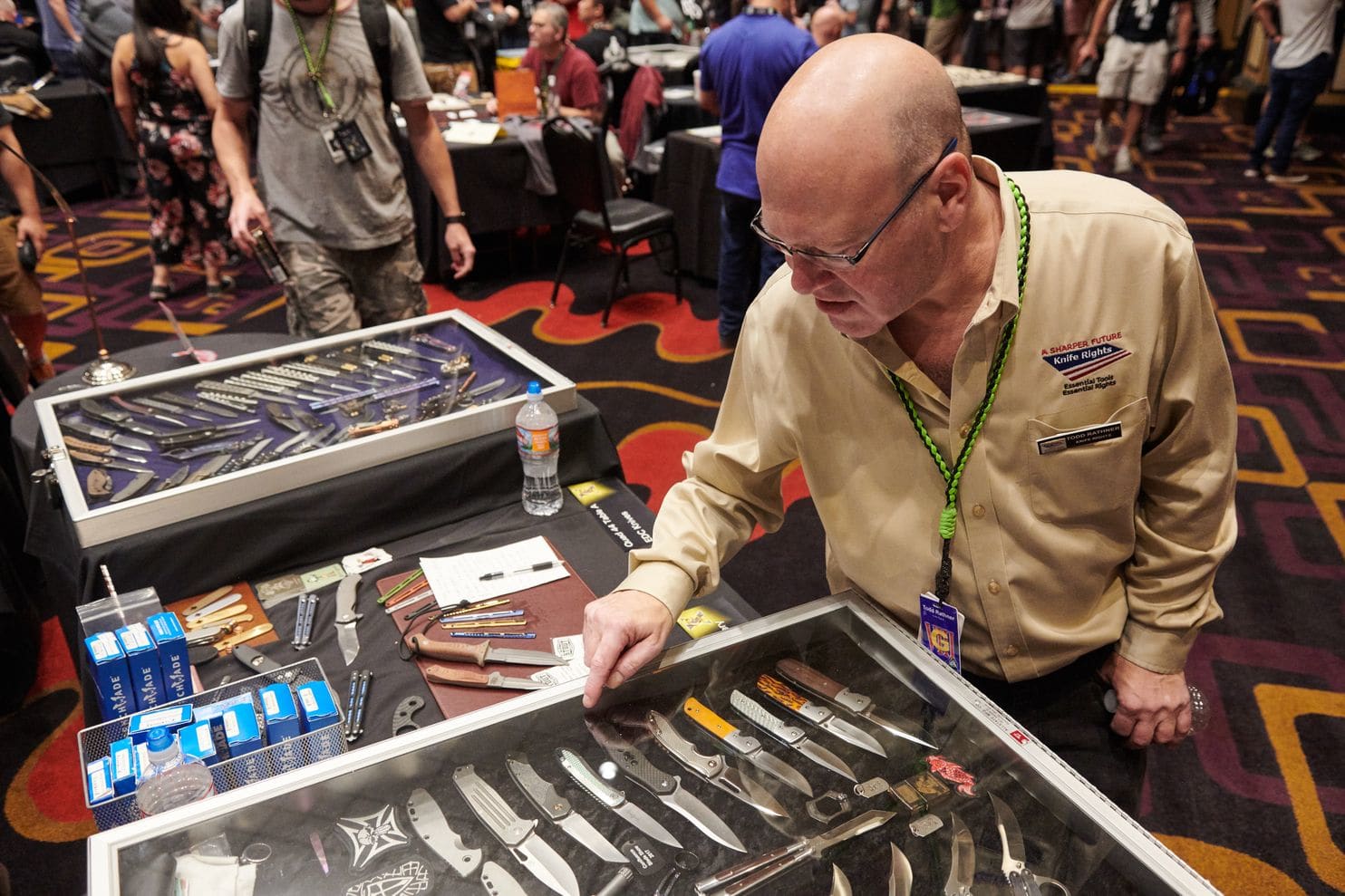 Reporter Todd C. Frankel did a pretty good job presenting both sides of the argument and portraying the organization in a fairly positive light.

Here is a nice excerpt from the piece:

Ritter, 65, said that knives, like guns, should be considered arms protected by the Second Amendment. He doesn’t support any restriction on knives — not on switchblades or push daggers or even the ballistic knives that shoot like spears from a handle. Todd Rathner, director of legislative affairs for Knife Rights, holds a one-handed open knife during the Usual Suspect Gathering.

That’s become a winning argument. Twenty-one states have repealed or weakened their knife laws since 2010, many of them with bipartisan support, including Colorado, Michigan and Illinois. New York came close to doing the same last year. Ohio could be next. Texas passed its bill last year despite a high-profile stabbing death just days before lawmakers voted. And Knife Rights, with little financial backing, has been working behind the scenes to help make it happen.

“A lot of people said it would be impossible to repeal a switchblade law in any state. Insane. Tilting at windmills,” Ritter said. “Turns out they were wrong.”

The story was not without its faults though.

Frankel spent a lot of time categorizing knives as weapons instead of pointing out that they’re tools millions of people use every day at their jobs or home.

Apparently unfazed by the fact that kitchen knives are by far the most common knife used to commit a violent crime, which we pointed out repeatedly, Frankel belabors the point that knives are the second most common weapon used to commit murder. And, he reports on so-called mass stabbings like they are common occurrences, which they are not. He also failed to take note these are also most commonly committed with kitchen knives.

I think failing to note that kitchen knives are used in more knife crimes than the more commonly demonized weapons like large Cold Steel folders or daggers was a big problem. 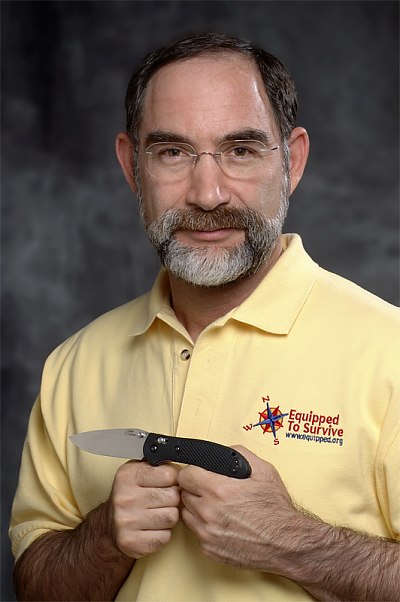 Either way, hopefully this garners more attention and support for what Knife Rights is doing.

Both sides of the political spectrum can come together to get knife laws that have been historically used to target minorities and low-income citizens repealed. This is particularly true in the New York City gravity knife law fiasco we’ve written on extensively.

There. I saved you from having to look at the comments.