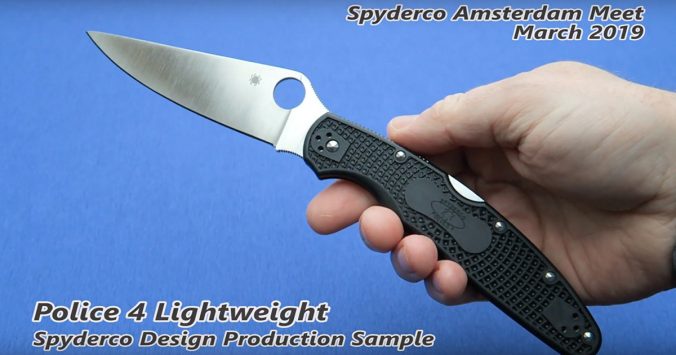 It’s that time of the year again — the Spyderco Amsterdam Meet.

The Spyderco Meet in Amsterdam is a small event in which Eric Glesser brings about a 100 prototypes and concept models to discuss with the public. Many of the models never see the light of day or are too early in the design phase. But Spyderco typically allows a handful to be shared with the public.

The person who usually does the sharing is one Spydercollector.

In case you’re unfamiliar with Spydercollector, he is a diehard Spyderco collector and enthusiast who goes by the handle Mr Blonde on the forums. I did a two-part interview with him way back in 2011 (part 1 here and part 2 here), so check those out if you’re interested.

For the 2019 meet, which took place March 17, Spydercollector was able to photograph and reveal 10 prototypes. He gave us permission to share them with you here and use some of his images. I’ll link to his own blog which has far more images of these knives. I also highly recommend following Spydercollector on Instagram and YouTube.

Anyway, here are the 10 models from the 2019 Amsterdam Spyderco Meet. There is no info on availability but Spydercollector thinks these could be seen in upcoming reveals this year. 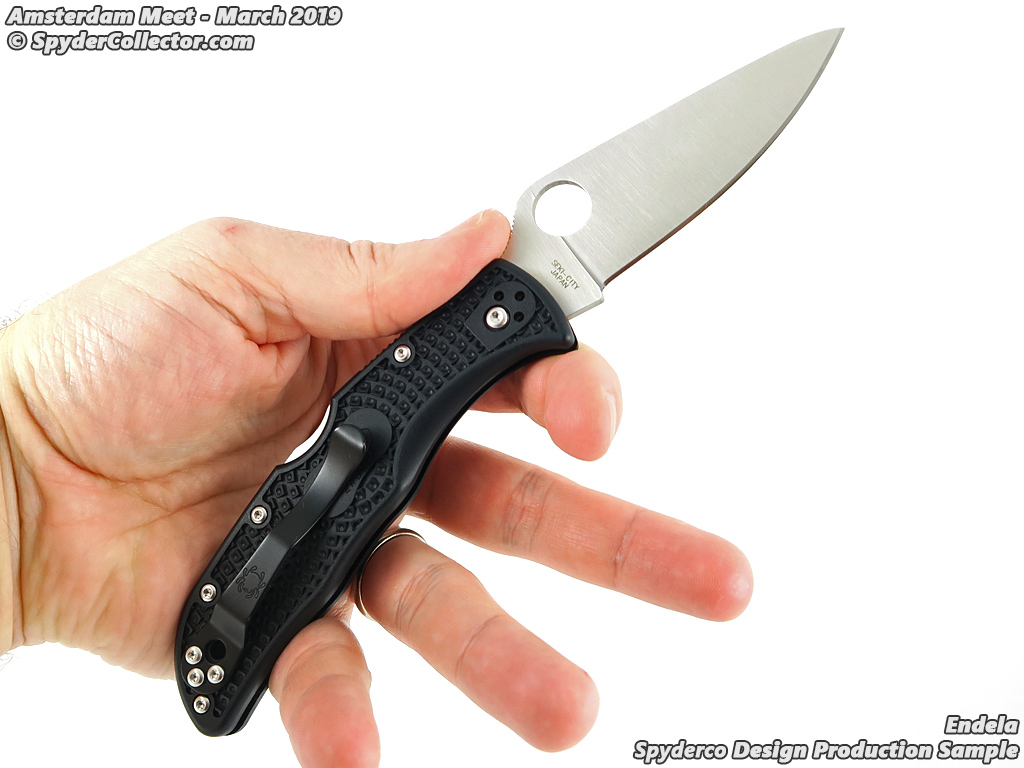 This is a happy medium that doesn’t reinvent the wheel but does fill a gap in the Endura/Delica lineup. 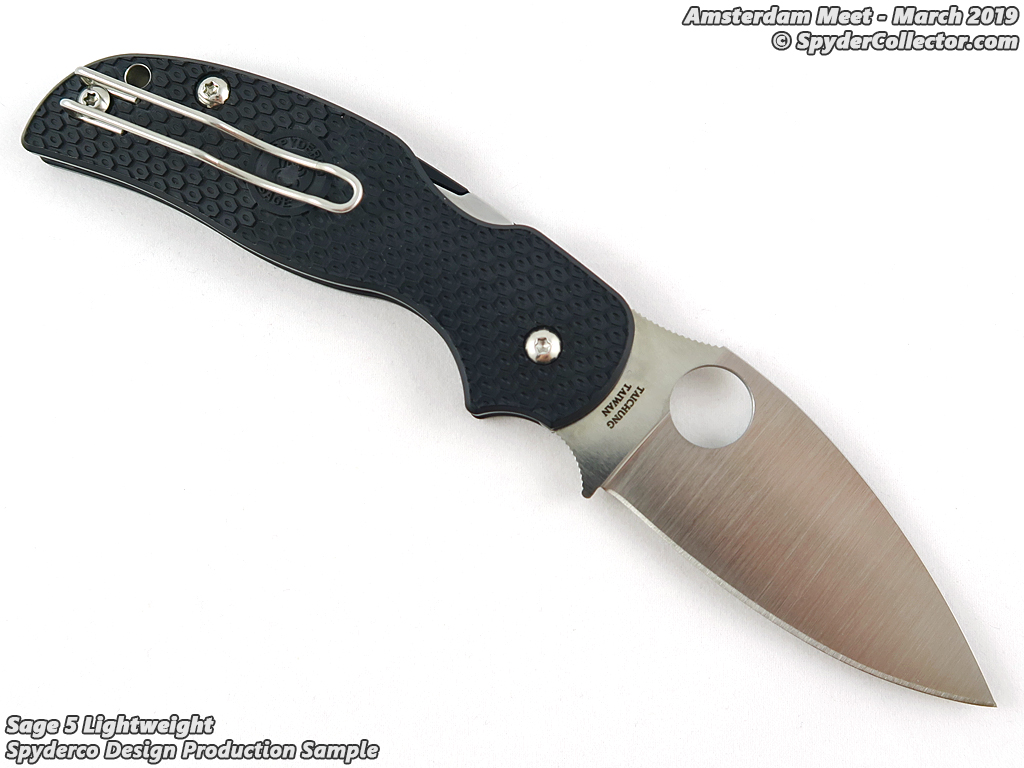 For followers of this blog, the Sage 5 Lightweight isn’t new. Eric Glesser gave a very early preview in a YouTube video a few weeks back. Take a look: 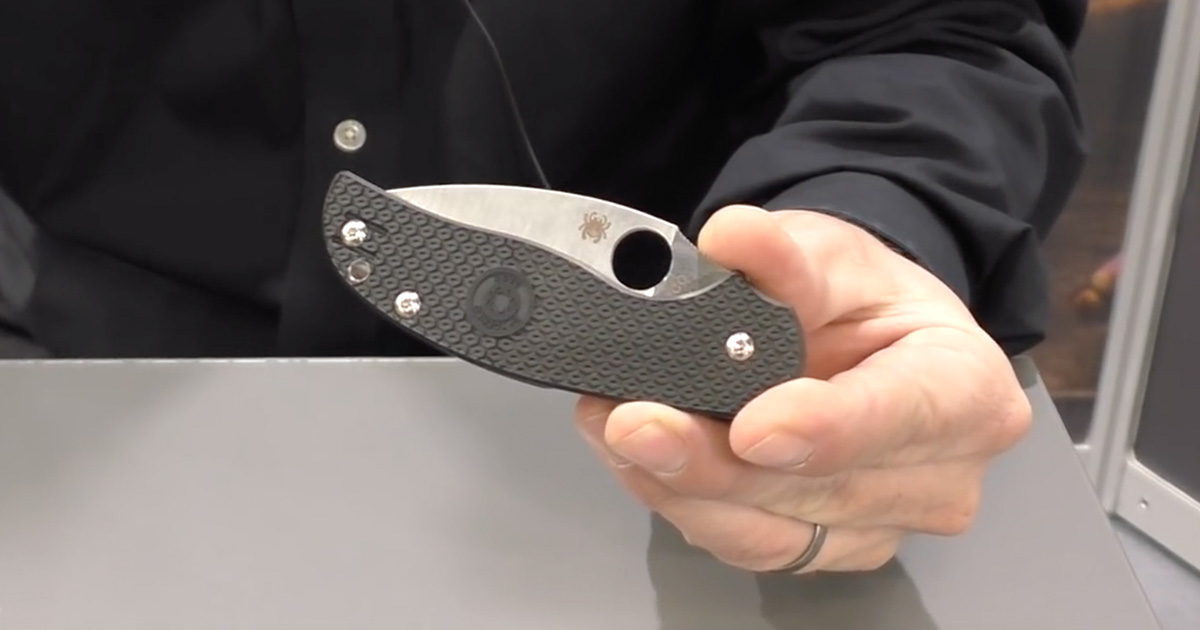 The Sage 5 is frequently called an excellent EDC design and this lighter weight version that should be a little more budget friendly further makes the case. Spydercollector weighed this in at around 1.86 ounces. Now that’s lightweight. 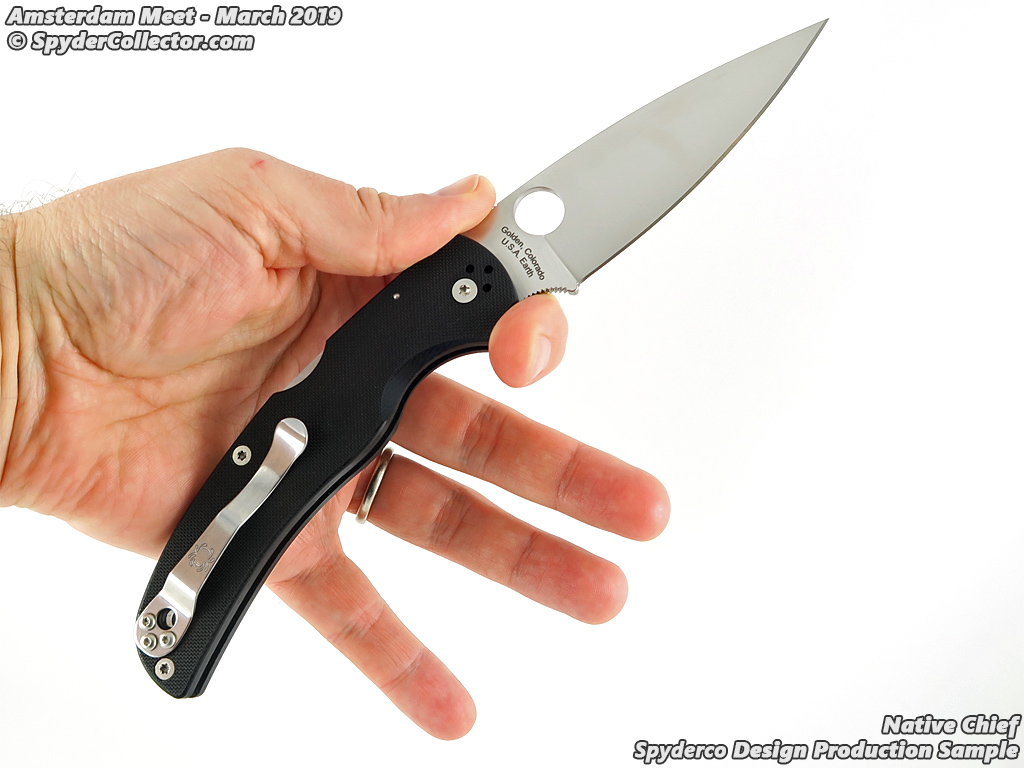 From what we’ve seen at this meet, it looks like Spyderco is filling in missing parts of existing lines (as we’ll see later). We already have the regular G-10 Native and the Lil Native, so now we get its big brother in the Native Chief. The standard Native has a sub-3-inch blade, but the Native Chief has a roughly 4-inch blade.

It is basically a G-10 Native that’s stretched out. 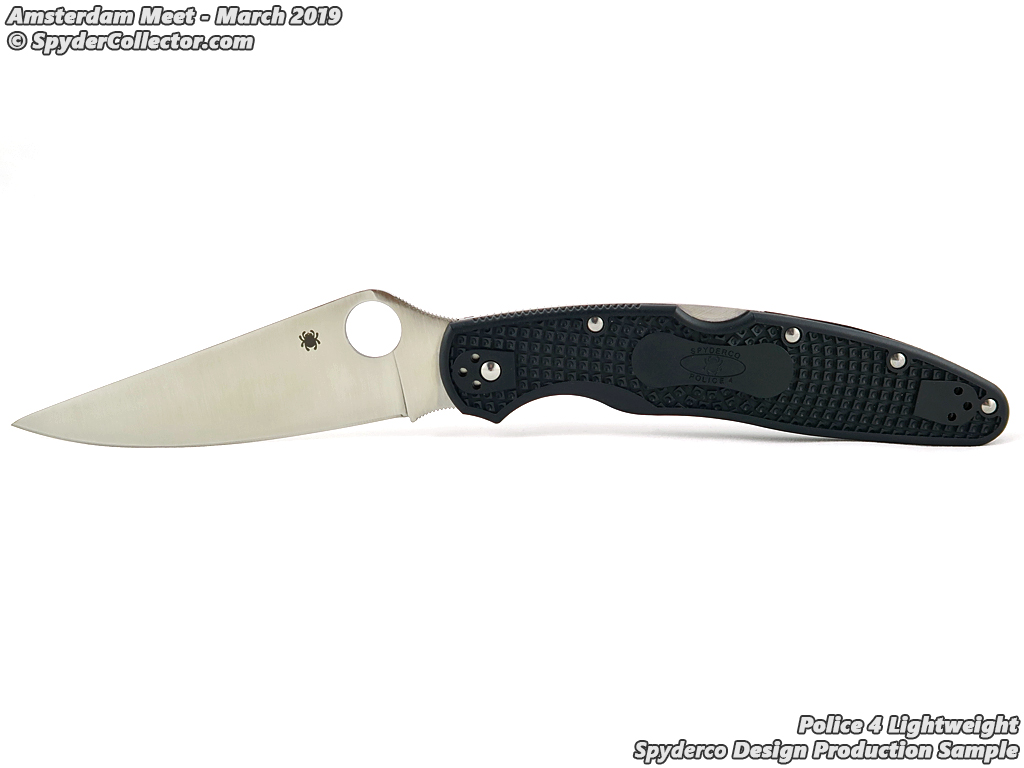 The new Police 4 gets the FRN treatment to become essentially the bigger brother of the Endura (almost another edition to the Delica/Endura/Endela line). There are a few differences though — this thing is thin, lightweight, and has a finger choil.

Despite being 10 inches overall with a 4.37-inch blade, this knife weighs less than the Endura at under 3 ounces. That’s huge. Here’s a look at some video from Spydercollector too.

It’s expected to come in different steels, including VG-10 with black FRN, K390 with Midnight Blue scales, and ZDP-189 in British Racing Green. 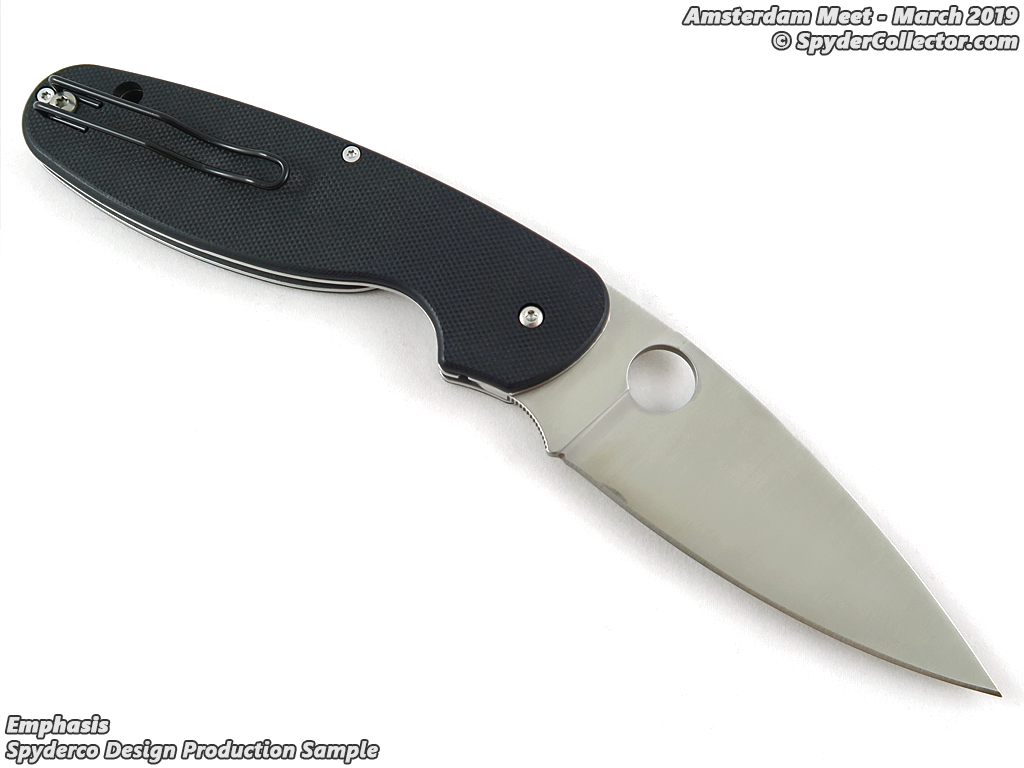 The Efficient family gets a size fill-out too. The Emphasis is a larger version of the Efficient. To be honest, I wasn’t sure the Efficient was popular enough to warrant additional sizes, but this looks to rival the Tenacious series. 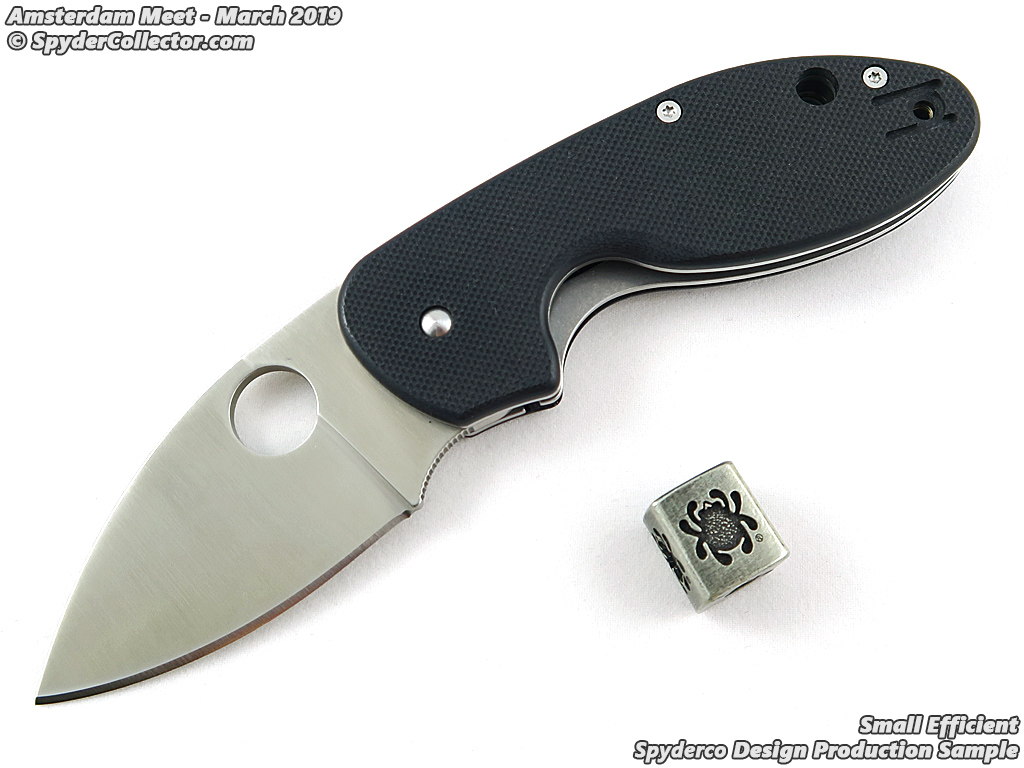 On the smaller side of the Efficient, you get the Small Efficient — although it’s a wasted opportunity to call it the Deficient, Sufficient, or the Deemphasis.

The Small Efficient has a 2.58-inch blade, down from the 2.98-inch blade of the standard Efficient. Both of these get the wire clip, which makes me wonder whether the Efficient will get it as well (spoiler: it should!). 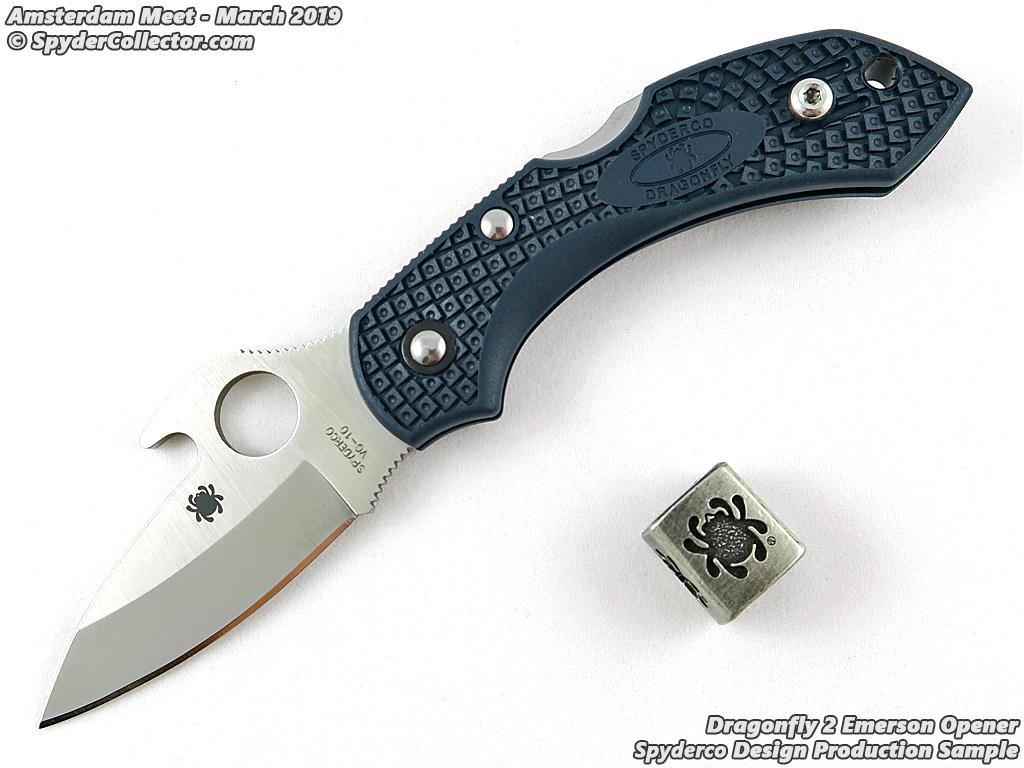 The old Dragonfly 2 gets two new treatments this time around too. First up is the Spyderco Dragonfly 2 with Emerson Wave. The Wave is a design feature on the spine of the blade that facilitates quick opening out of the pocket.

Does the miniscule Dragonfly really need a Wave feature? Spyderco seems to think so. 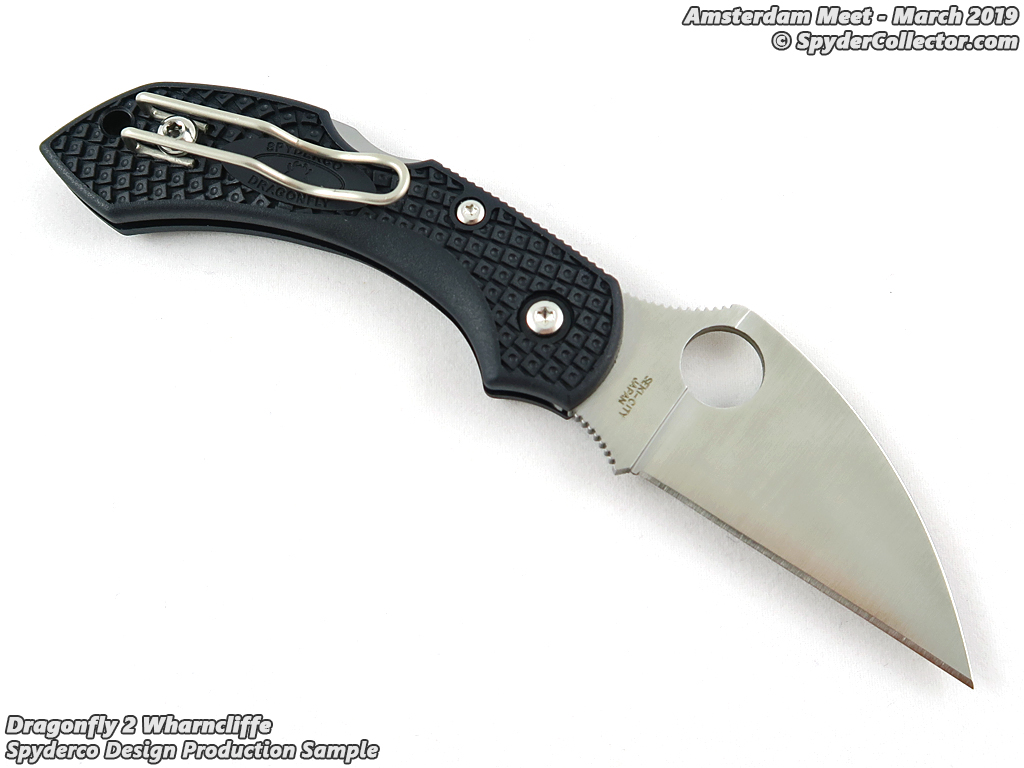 Then there’s the Dragonfly 2 with Wharncliffe blade. I see this getting much more attention and love from the community. This is the latest in the classics getting Wharncliffe blades (first the Delica, then the Endura).

Having a Wharncliffe blade on this knife makes it an excellent little utility knife for opening boxes and whatnot. 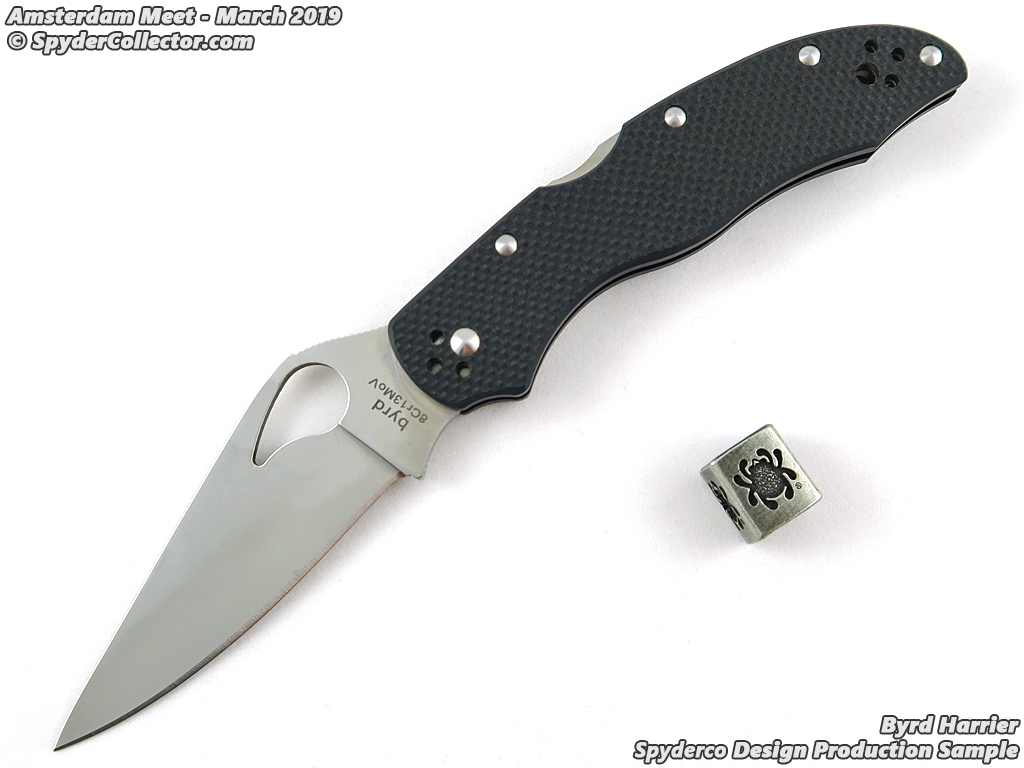 Spyderco didn’t forget to give its budget brand Byrd some love either.

The Byrd Harrier is the missing knife between the large Cara Cara 2 (3.75″) and the small Meadowlark 2 (2.875″ blade), which are both available in G-10 as well. With its 3.38-inch blade, the Harrier becomes the Endela of the Byrd flagship series — if any of that makes sense. 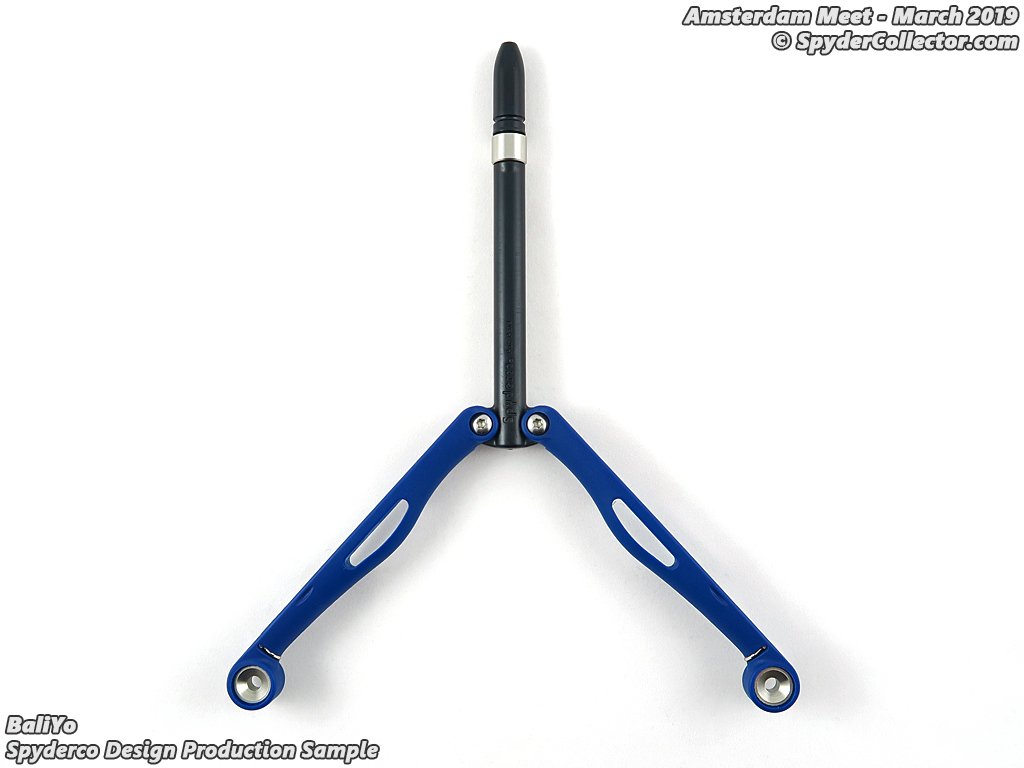 The last one Spydercollector was allowed to show us was the Baliyo.

The Baliyo has been around for a while, but it gets some upgrades that will hopefully make it even better. This is essentially a butterfly pen you can flip without getting injured. Check out how the older ones looked:

And there you have it. Another Amsterdam Meet is in the books. Let us know which models stand out to you the most. Thanks again to Spydercollector for keeping us informed. https://credit-n.ru/order/debitovaya-karta-home.html