Man Survives Having a 12-inch Kitchen Knife in the Head 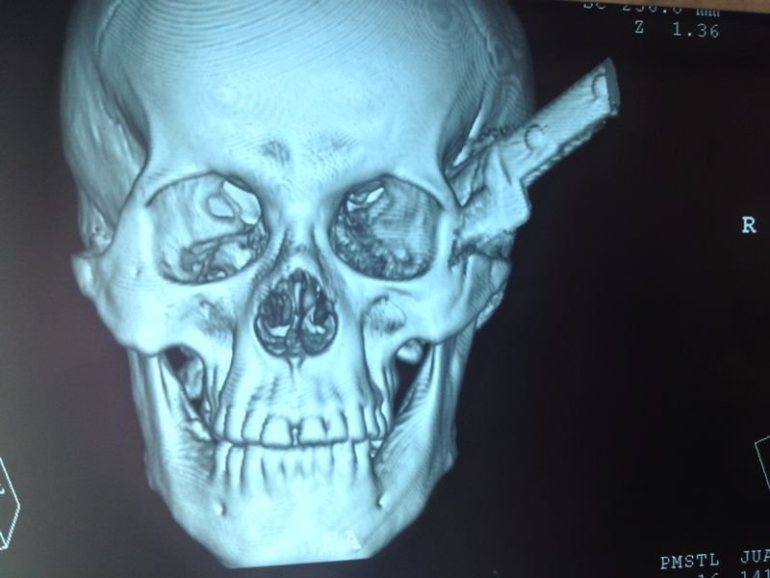 A motorcycle taxi driver in Brazil was at a party in a local bar drinking a bit and chilling. As one occasionally does, the man happened to get in a fight with someone. One thing led to another and he ended up getting stabbed with a knife four times.

You probably don’t need a reminder, but don’t misuse knives. Not only does it give the tool a bad name but it also has the potential to do harm.

Because one of the stab wounds perforated one of his lungs, Juacelo Nunes de Oliveira went to a hospital for treatment. But there was a slightly bigger problem he needed to worry about: a large kitchen knife was jammed in his head and only the handle was sticking out.

To be clear, this isn’t a tiny pocket knife we’re talking about. It was a large 12-inch kitchen knife. 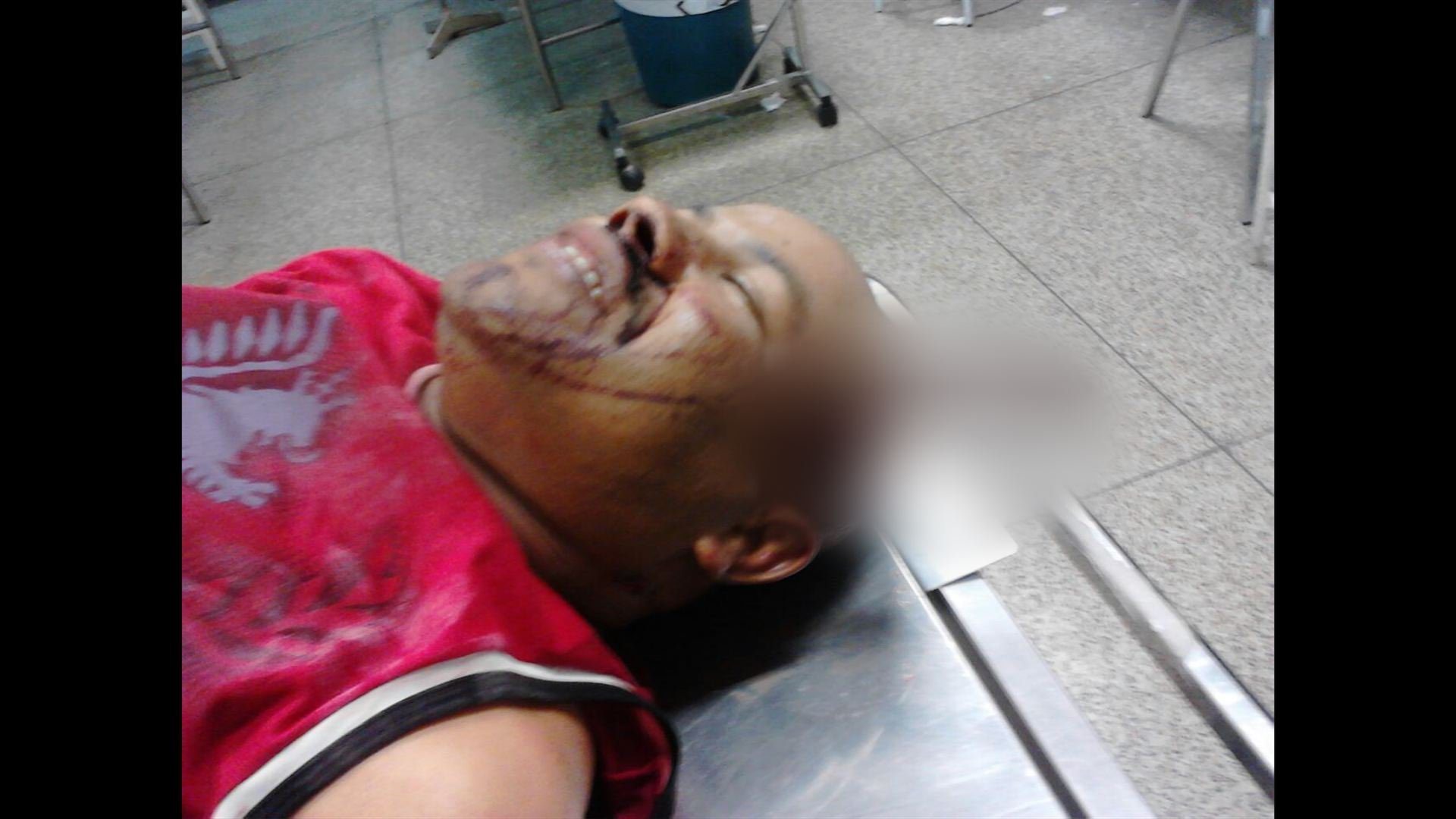 It was a miracle this man was still alive, let alone able to walk around and get transferred to a hospital three hours away.

“He had the knife lodged in his head for this whole period but he was not aware of it,” he said. “We believe the shock and a bit of the drinking may have helped him not to understand the knife was still in his head.”

This isn’t the first time something like this happened. A while back a man was walking down the street when a falling knife landed right in his head. Of course, it wasn’t this big.

Here’s more from the doctor on how he was still able to walk around with such a large knife lodged in his head:

“The knife crossed his head just behind the optical nerve, got very close to the olfactory nerve and (was) just a fraction from the gustatory nerve. He could have been blinded and could have lost his senses of smell and taste, but none of that happened and he is alive and healthy.” 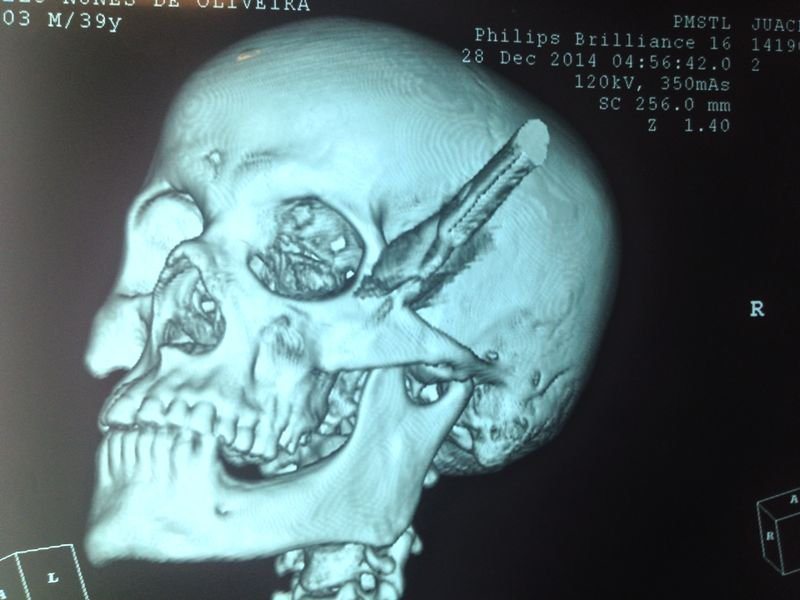 Basically, he is extremely lucky and if the knife had been an inch in any direction, things would have gone much differently.

Surprisingly, after nearly three hours of surgery, the man was pretty much back to normal. Five days after a 12-inch knife was removed from his head, he was released from the hospital perfectly healthy with no effects.

If that’s not the definition of lucky, I don’t know what else is.