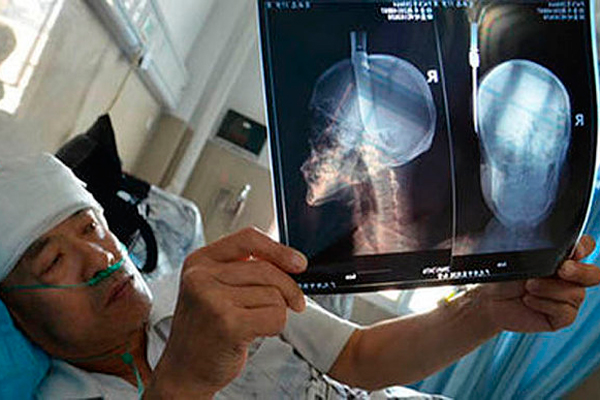 We’ve all heard that expression about how you shouldn’t try to catch a falling knife, but a recent news story takes that saying to a whole new level.

A man in China was taking a stroll around his hometown when all of a sudden his head started feeling heavy and strange, according to Malcolm Moore of the Telegraph.

It wasn’t until someone spotted the man and pointed at his head with incredulity that he realized something was way off. A 5-inch knife was firmly lodged into his head after falling from the eighth-floor balcony of a high-rise building.

Here’s a quote from the man in NBC News when the incident happened two weeks ago: 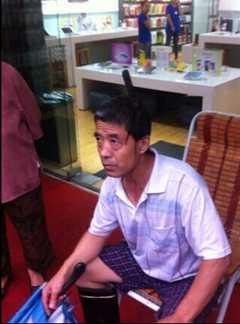 “It hurt a lot,” Xiao told NBC News as he lay in his hospital bed on Monday.

“I cried out, ‘My head! My head hurts!’ but I did not know what had happened.”

The man, named Xiao Yunzhi, actually walked a solid 100 yards or so until the pain became unbearable. Locals called the police to get him help.

Somehow the knife had only managed to get lodged in the flesh around his skull and didn’t actually pierce it or cause brain injury. Doctors were able to safely remove the knife and the man seems to be doing fine.

So where did this fateful knife come from? A man had left it on a flower pot on his balcony and police assume the wind blew it off the ledge.

Fortunately, the man has taken responsibility for the wayward knife and has even paid some of the medical bills.

Just remember: Don’t try to catch a falling knife… especially with your head.