Without a knife, a life is lost to a burning vehicle 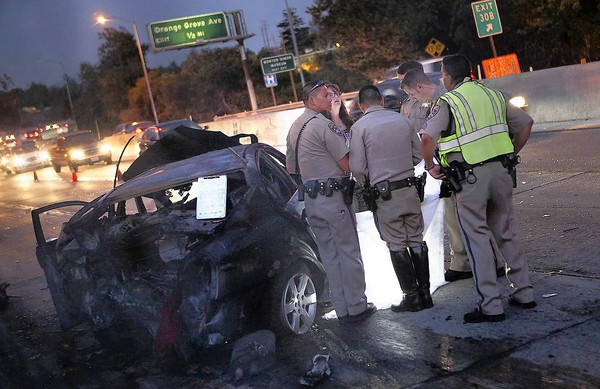 It’s tragic when there’s an article in which a pocketknife could have led to the story being featured in our Knives Save Lives series. Unfortunately, what happened on a Los Angeles Freeway a week ago did not end as well as the other stories.

According to the Los Angeles Times, which we found via Knife Rights, an 11-month-old girl died in a burning car Aug. 28 after no one on the scene had a knife to cut her out of a car seat.

An SUV crashed into a stopped Nissan Altima on the freeway, which caused the vehicle to burst into flames with a woman and child inside. Nearby neighbors heard the crash and screams, so they immediately headed over to the area that sees quite a number of accidents.

According to the article, Salvador Martinez went to the scene and saw a curly-haired child in the backseat with flames quickly growing. Others tried to help out by tossing buckets of water on the flames and looking for a water hose, but it was to no avail. The fire was not dying.

Martinez broke the window and tried to pull her out, but the seat wouldn’t budge and the fire was searing his arms. He yelled for a knife or scissors, but no one on the scene had anything. By the time someone came back with a knife, it was too late.

As Blade Magazine pointed out, this is one of the few articles that explicitly implies a knife would have saved the child’s life. It’s interesting to think about the question Ed. Fowler asked: “I wonder how many times tragic events like this happen and how often the fact that no knife was present has been omitted in the reporting of the accident?”

There are so many ways a knife can save a life, or even simply save someone from injury. As you’ve seen from the Knives Save Lives series, tragedy can strike any time in any situation, so it’s always important to be prepared.

Do you carry a pocketknife?

Should Boston convenience stores need a license to sell knives?

Developing Kitchen Knife Skills: How to Cut a Chili Pepper