Sword swallower arrest in NYC is hard to swallow 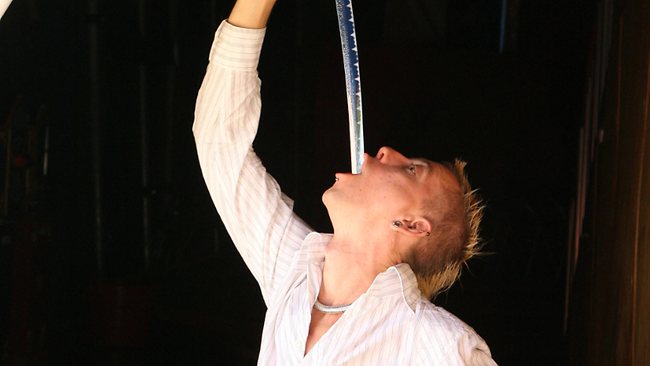 If you weren’t already aware of New York City’s overly staunch dedication to ridding sharp objects from existence, this story of one entertainer’s experience will certainly make you familiar.

An acclaimed Australian sword swallower was arrested on the streets of New York City as he entertained crowds with his unique skills, according to the Northern Star.

The Space Cowboy, whose real name is Chayne Hultgren, was taken to the station for “brandishing a sword in public.”

As someone who lives literally across the street from an NYPD station, I feel particularly incredulous at what the Space Cowboy claims the police said to him. He said an officer told him, “I don’t care if you are a sword swallower, you were holding a sword in public and I have every right to shoot you.”

Then, once he was taken down to the station and put into a crowded cell, another officer apparently said, “Don’t tell these guys you swallow.”

According to Hultgren’s Facebook page, he was locked up for 24 hours and the police confiscated all his props. 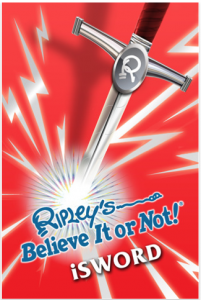 Of course, the police tell the story a different way. They say he was swinging whips and acting very inappropriately, so they arrested him for disorderly conduct. It’s not inconceivable that his act included whips (this is the guy who holds a record for pulling weights with his eye sockets!), but it’s probably overkill to arrest a street performer for an overenthusiastic show.

While we’re on the subject of sword swallowing, if you’ve ever had the strong desire to swallow swords, a soon-to-be-released iPhone app from Ripley’s Believe It Or Not called the iSword lets you practice virtually. With this app, you can see how far down the throat you can get without cutting yourself.

This app definitely beats the trial and error of trying to stick a real sword down your throat. https://credit-n.ru/kredit/kredit-alfa.html

Murray Carter shaves with a spoon