A smaller but still vocal minority say that’s preposterous and that one should carry a knife in the pocket with the blade pointed down.

The truth is that it’s simply a matter of preference.

This post isn’t to persuade anyone to carry a knife a certain way but to enlighten those who don’t carry their knives tip down.

So if you can’t understand why anyone would carry a knife tip down, here are a few reasons.

One of the main advantages of carrying a knife with the tip up is that you can slid your thumb into your pocket, pull out the knife, and already be in the natural position to open it. This is true… for most knives.

Larger knives — like those with blades longer than 4 inches — are a bit trickier.

When you slide a larger knife like the Spyderco Resilience out of the pocket when it’s tip up, you won’t be in a natural position to open it. You’d end up need to adjust the grip a little to open it effectively.

However, if the larger knife is in a tip-down position, you can pinch up near the pivot and then swing your palm down. You’d be in a much better position to open.

This is somewhat of an extension of the first point. With larger knives, it’s definitely quicker to open with a tip down — unless there is some sort of Wave or thumb disk feature.

Another argument for tip down is if you have your own opening technique. For example, some people use something called the SpyderDrop. That’s when you hold the hole of a Spyderco and use inertia to open it. Here is a quick video demonstration:

The legendary Michael Janich can open the knife this way with speed and precision (though I believe he does it out of his back pocket).

This can also be somewhat true with flippers carried in a tip-down configuration. You have the flipper right at your finger tips instead of buried in your pocket. There are some other complications carrying a flipper in tip down position though. You don’t want your pocket seam brushing up against the flipper to accidentally engage it.

It Can Be Safer Than Tip Up

Accidental engagement in the pocket is rare, but a number of people have reported the phenomenon.

If a knife in tip-up position opens, it could mean big trouble if you stick your hand in your pocket. I’ve read some people over at BladeForums say they will never carry tip up again after cutting themselves. While you should always position a tip-up folder so that the blade opens into the seam of your pocket, minimizing the damage, pocket clips can move at times.

A knife in the pocket in tip-down position is inherently safer. There is still a risk of getting cut when sitting down if a tip-down knife opens in the pocket. For even more safety, you could slide it against the seam as well so it won’t open easily.

Of course, there are people who have carried tip-up knives for decades without a single incident.

More Comfortable on Some Models

Because a tip-up carry knife has a clip that is near the rear of the handle, it might dig into your palm when you’re holding it (though some may argue the inverse is true for tip down).

This has more to do with feel and comfort than anything else so do your own experiments.

May Be More Aesthetically Appealing

We’re in the superficiality territory, but if you’re carrying a knife, sometimes looks matter.

The Kershaw Leek, for example, already has a pretty ugly pocket clip. But it looks and functions worse when it is in tip up position.

Here’s a look at the Leek with tip down. 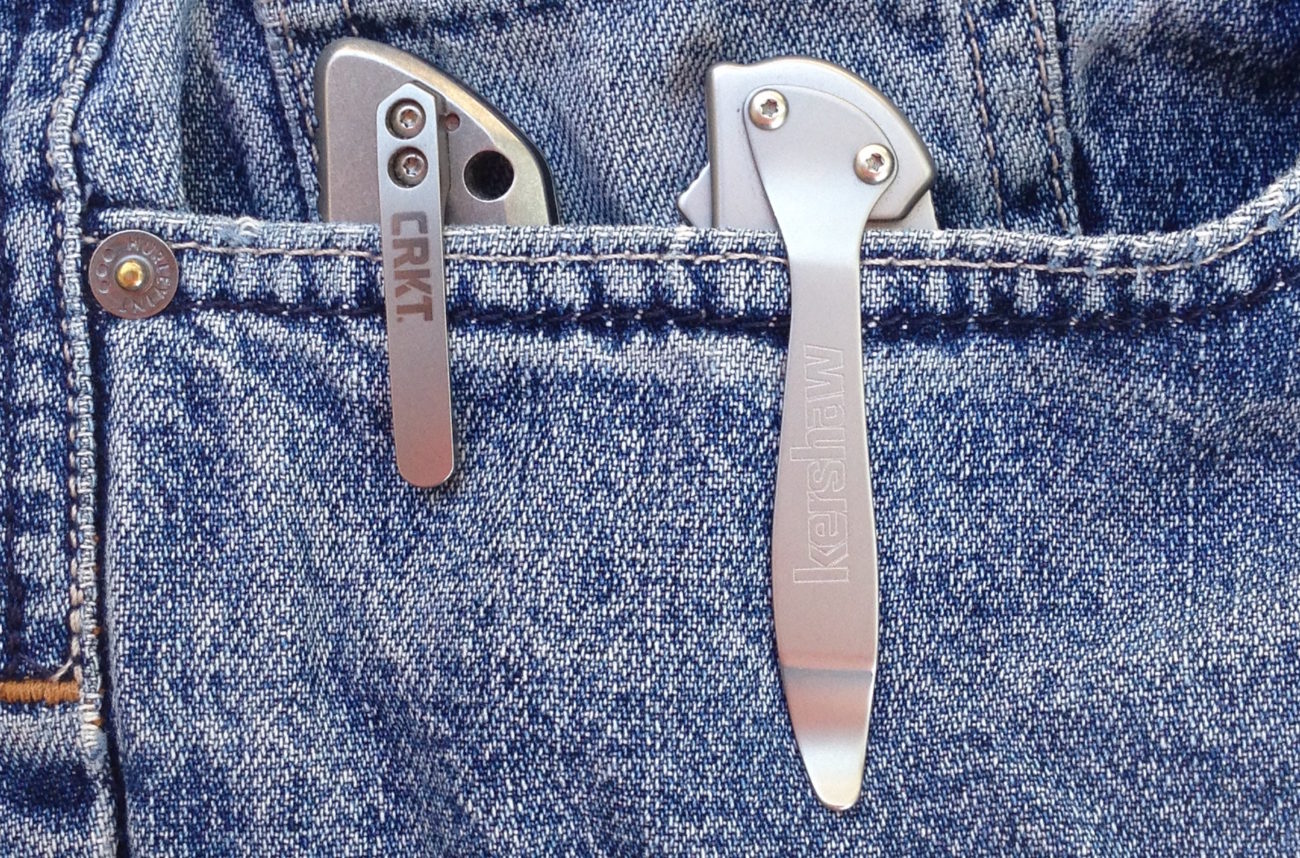 And a look at the Leek with tip up. 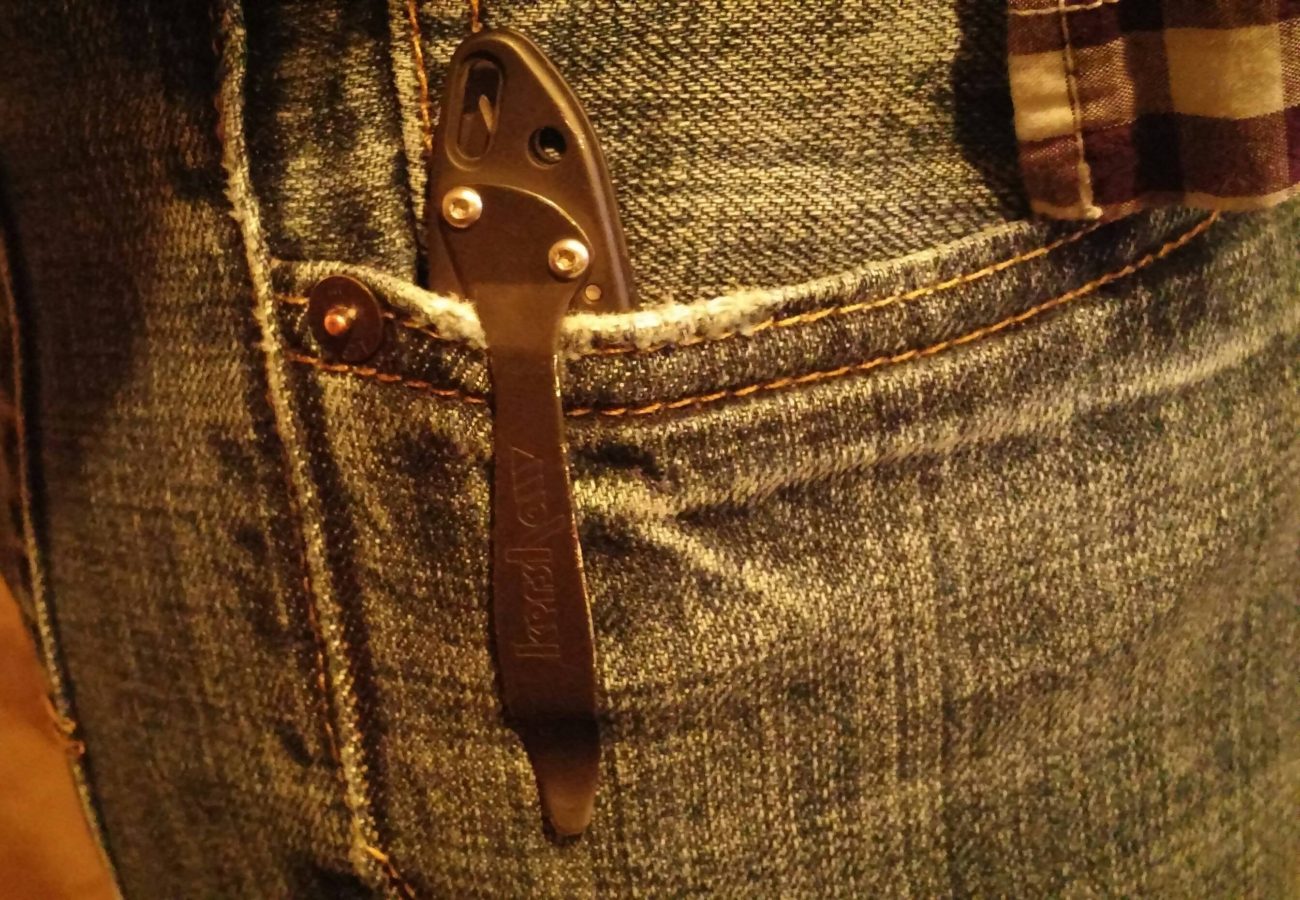 Not only does a larger portion of the knife stick out of your pocket but it’s also the part that has the safety mechanism and some screws. You can get aftermarket clips, but you can bet that they won’t be as comfortable as the original.

I’ve read some people say that they think the Spyderco Paramilitary 2 in tip up looks downright silly while others say just the opposite.

This one is truly a matter of opinion.

It’s the Only Option Sometimes

Finally, we get to the most compelling reason to carry a knife tip down: It’s the only option.

Whether it simply doesn’t go with the design or the manufacturer was trying to shave off some cost by not drilling more holes, there are tons of knives only available with a one-position, tip-down clip. 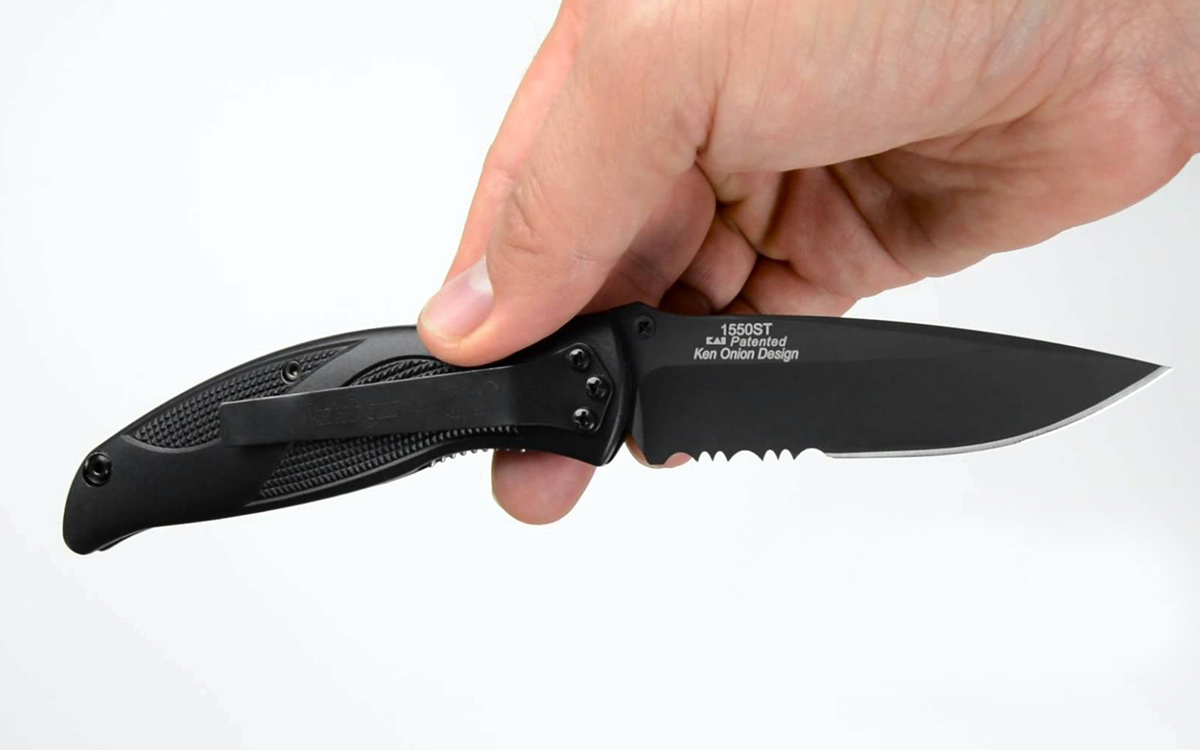 Only of my favorites is the sleek and sexy Kershaw Blackout, but alas it’s only available in a tip-down configuration. Some insist that’s a dealbreaker, but they’d be missing out on a ton of great knives.

If I missed any other arguments in favor of tip-down carry, let me know in the comments.

Boker Plus Exskelibur I – Badass Knife of the Week