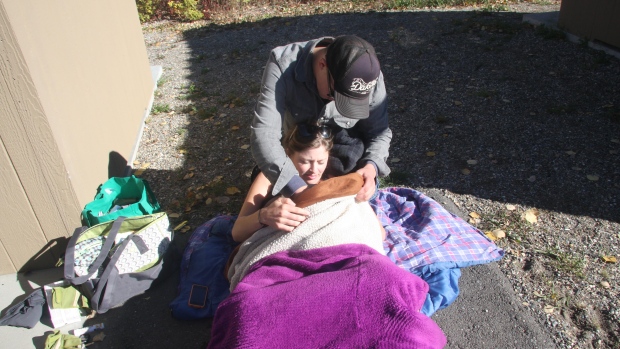 Sure, people have been giving birth since the dawn of man, but bringing a tiny person into this world without a gaggle of doctors and nurses nearby has to be terrifying.

At a remote highway rest stop in northeastern British Columbia, that’s the situation Caitlin Vince found herself in last month. En route to the hospital with her partner Tyler Olsen, the woman knew they weren’t going to make it to the hospital in time to give birth.

As you can imagine, British Columbia is desolate in spots with hospitals more than 55 miles away (or 90 kilometers for those Canadians). In places like this, it’s probably not that unusual to give birth on a gravel roadside.

The major difference was that their baby was born while still in the amniotic sac. This type of rare birthing situation called en caul is typically harmless. Doctors typically make an incision to allow the baby to breath. 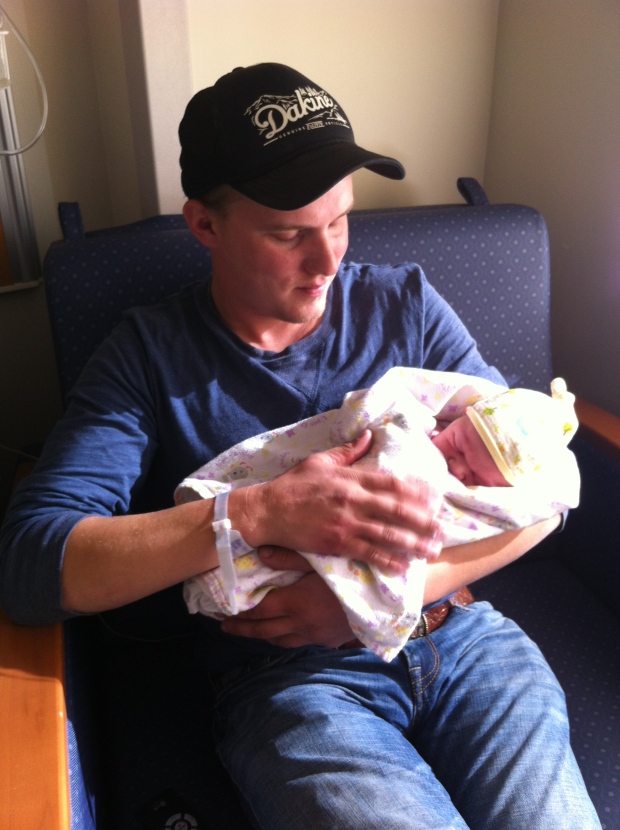 So, how did this newborn baby boy escape the confines of his amniotic sac in order to take his first breath? With a pocket knife, of course. Fortunately, Tyler Olsen had a pocket knife handy and punctured the sac with the verbal help of a 911 operator on the phone. (He could have cut the umbilical cord as well, but it was probably better to wait for some clamps.)

Only 25 minutes after the birth, paramedics arrived on the scene. Augustus Olsen, who weighed 8 lbs 2 oz, turned out to be perfectly healthy.

Would the baby have been in mortal danger had the man not had a knife? It’s hard to say exactly, but having a knife handy definitely made things easier for the little dude.

We’ve gone through a large number of scenarios in the Knives Save Lives series, but this is just another way a knife can be used to save a life.