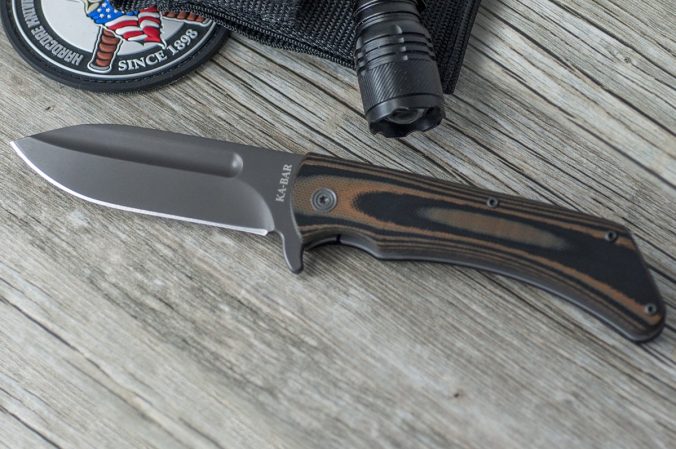 Nearly two decades after Kit Carson popularized the flipper tab in folders, KA-BAR is finally getting in the flipper game with the Mark 98.

The KA-BAR Mark 98 is a beefy knife with a design that echoes some of the brand’s fixed blade offerings. The spear-point blade is 3.5 inches — complete with a fuller to help cut down on the weight of the knife. It doesn’t do much, however, as the weight is about 5.6 ounces. Also, the steel is 5Cr15, so don’t expect it to hold an edge for too long.

The handle is made from durable G-10 with colors that remind users of other KA-BAR knives, including the iconic fixed blade.

But, it’s the flipper that makes this new KA-BAR stand out. While I’ve been questioning the need for KA-BAR to jump into the flipper game, it’s an interesting venture that may give the company a boost to create more flippers.

So far, initial reviews have been pretty positive, especially since this knife is dirt cheap. Here’s one of the first YouTube reviews:

I would put this knife in the same category as the Folding Dozier — another cheap offering from KA-BAR that’s gotten praise from many people.

If KA-BAR can make a cheap, hard-working flipper, it may be able to push itself into the already crowded flipper market. If not, it could be just a failed experiment. https://credit-n.ru/offers-zaim/greenmoney-online-zaymi-za-20-minut.html