How to Spot a Counterfeit Knife 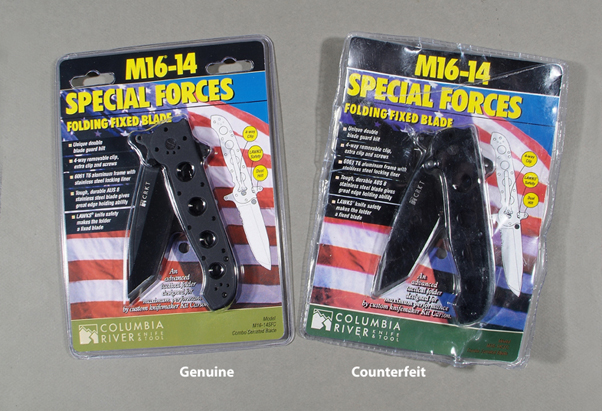 The global effort to raise awareness and minimize the incidence of fraud is wide reaching. Although you may not think fraud affects you so much, fraud reaches every facet of society — whether it’s fraudulent products, fraudulent charities, and those scams we see peppered in every comments section.

While many think knives are safe from fraud, there’s a huge industry of fraud surrounding knives, and it’s important to be aware.

We’ve written about how to spot counterfeits before in an old post, but I thought we’d update with some additional information and tips.

Signs of a Counterfeit Knife

Let’s take a look at a few telltale signs that you may have bought a counterfeit knife. One of these alone isn’t necessarily evidence but can be an indication.

Sign #1: Deals that are too good to be true.

People always mention this as a surefire sign of a counterfeit knife — which is a knife with all the branding of an original but from a different source. If a deal is too good to be true, it probably is.

It may be tempting to see a $150 knife sold for $50 and think, that’s a deal I can’t pass up! Unfortunately, no one is going to sell a knife for that cheap if it’s the real deal.

When it gets harder is when people sell the $150 knife for $120. Although the discount isn’t as steep, it is a discount, especially if people claim it’s new or out of the box.

Don’t take this the wrong way, but eBay is a cesspool of criminals and con artists looking to make a quick buck off of you. While it’s possible to find good deals on eBay, the auction site has a poor reputation as a hotbed for counterfeits in the knife community.

Even buying knives at or near the original price is not indication that it’s legitimate. Even seeing the images on the site may not be reliable, since they could have taken a picture of the real thing and then send the fake.

The problem is so bad that Spyderco sued eBay. Spyderco claims it tried to help eBay combat the issue, but the company did nothing.

Many people have reported buying fake knives from the ecommerce giant. Sometimes the seller that fulfills the order are not as reputable as you might think. If you’re not careful, the seller you buy from may stick a fake in there to scam you.

While Amazon is typically good at refunding things, it means you have to pay attention to your product.

On top of the two companies above, there are countless sites and unauthorized dealers that will try to sell you fakes — whether intentionally or accidentally. Some of these sites include DHgate, aliexpress, yknife, chinaknifes, and more, according to Cold Steel. 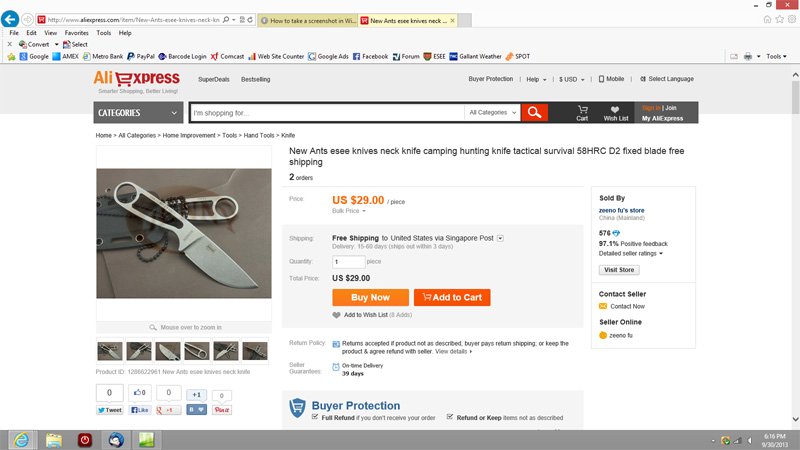 Your best bet is to opt for legitimate dealers. It just so happens that Knife Depot is an authorized or recommended retailers of several brands, including ESEE, KA-BAR, SOG, Tool Logic, and more. If you ever have any questions about the legitimacy of the knives we sell, don’t hesitate to call or email us!

Did you buy that Spyderco Paramilitary 2 with S110V and Blurple scales you’ve been eyeing and notice the workmanship is a little off? You may have a fake!

While nearly every company around the world has some quality control issues in that a dud may break through, most companies have policies to prevent lemons from getting to the public. If you notice poor grinding, shoddy work, or odd designs, it could be an indication of a fake.

CRKT addressed this on their site as well. Here’s what they said.

Some rip-off artists are making cheap copies of popular CRKT® designs. These copies look similar to our products, but are usually shoddily made using inferior steels, coatings and handle materials. They illegally feature the CRKT® logo and markings.

When viewed on a low-resolution web site image, these knives can’t be distinguished from the real thing. However, when handled and compared to a real CRKT® knife, their lack of quality, poor assembly, and inferior folding and locking action is obvious. The buyer will also notice lesser edge-holding ability after a little use.

Don’t just accept that a knife is poorly made.

Sign #4: A seller is trying to sell a story, not a knife.

In an attempt to justify low costs (or high costs), they may try to spin tales of grandeur about the origins of the knife. They may try to say their granddad died and left them a bunch of knives, which is why they’re selling it for cheap. They may say an old general used to carry around the Bowie knife, which is why it costs more.

Stories are just to distract you from the product itself.

How to Tell If a Knife is Counterfeit

So you bought a knife and you suspect it may be a fake. What do you do?

One of the first things you should do is your research. As stated in the third signal of a counterfeit, a fake is usually poorly made and a little different than the original. But as counterfeiters become more skilled, it becomes harder to identify fakes. 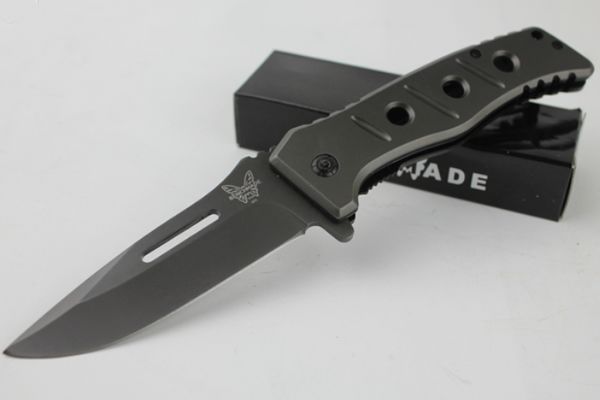 You should compare images of genuine knives to your knife. Look for any minor details that may be a tell to the legitimacy of the knife. It may be something small — like the logo is slightly larger or the jimping is angled.

No matter how much you know about knives, there’s always someone who will know more. Use other people’s knowledge to your benefit.

People are often more than happy to tell you whether you have a fake or real knife. I am a member of the Official Spyderco Group on Facebook and constantly see people posting images of knives with the question, “Real or fake?”

You can also ask at BladeForums.

This won’t apply to every model, but there are often videos of showing commonly faked models and the differences.

For example, there are several PM2 fake vs. real videos like this one.

Or if you’re worried you have a fake Benchmade Infidel, take a look at this video:

You can find more of these videos on YouTube.

If you have any questions as to the authenticity of your knife, you can check out TheCounterfeitReport to see whether there have been other reports of fakes.

This is a consumer group that collects incidence of counterfeiting to inform the general public. It contains tons of useful information on knives and other products. Unfortunately, it’s not as complete as I would like.

What to Do If You Have a Counterfeit Knife?

Finally, let’s say you bought something off eBay, did the research, and realized it is a fake. Here’s what to do next.

1) Inform the seller and try to get your money back.

The first thing you should do is go back to the seller, let them know they sold you a fake, and try to get your money back. I try to believe people are inherently good, so it’s possible they didn’t know it was a fake. Some websites like eBay offer you money back on anything if it’s a fake. 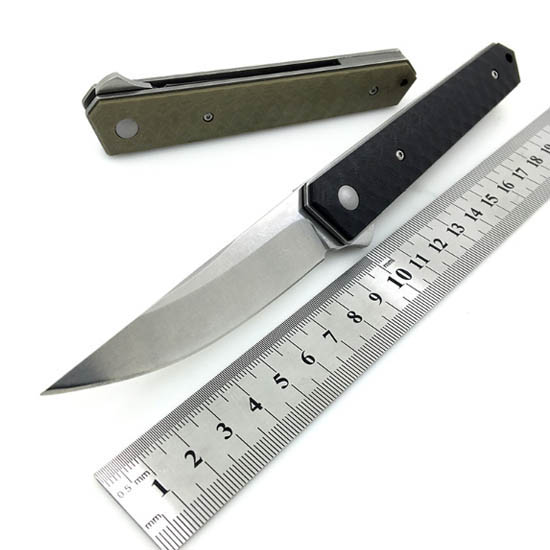 Also, the seller has a legal obligation to refund you. You can even sue them if necessary.

If you bought a fake from Amazon or eBay, you can report the seller to the main site. Stop going through unauthorized third parties and pay a little more for the real thing at places like Knife Depot.

You should also report fakes to the knife companies, so they are aware of what’s going on. Brands like CRKT, Cold Steel, and others have systems where you can report fakes. Here are a few resources:

The more people know about the possible fakes, the less likely they are to fall victim to it as well. TheCounterfeitReport is a good resource for people, so report the fake.

Knowledge is the ultimate power against counterfeit products.

Spyderco Civilian in Badass Knife of the Week

Why You Should Never Buy Knockoff or Counterfeit Knives