Flippy Knife App Makes a Game Out of Knife Throwing

There’s the must-have blade steel reference app from zknives descriptively called Knife Steel Composition Chart App. There’s the always useful but clunky LegalBlade App from Knife Rights. For a brief but wondrous period, there was the curious KA-BAR app that let you generate your knife name.

Flippy Knife (Apple/Android) is a physics-based knife game that simulates throwing a knife. There are four different modes: an arcade mode, a throwing knife mode, a vertical ascent mode, and a standard flipping mode.

App reviewers have been comparing the game to the new water bottle flipping fad, but all of us knife enthusiasts know that this is more based on mumblety-peg — the very old knife flipping game dating back hundreds of years.

What’s so special about this game is that the maker contacted several knifemakers and brands to bring actual knives to the game, including the G&G Hawk Deadlock, Brian Tighe Fighter, and BucknBear Velociraptor.

I downloaded the app and played for a bit. It is insanely addictive but equally frustrating. 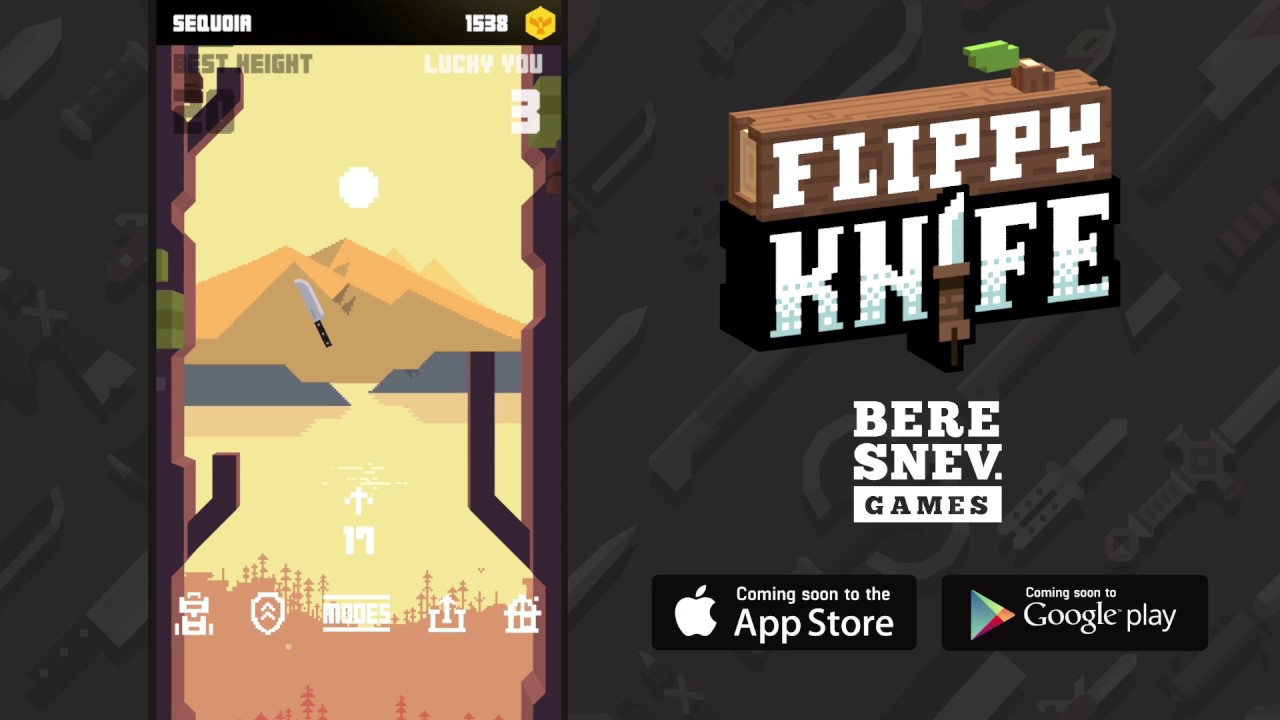 The modes offer enough variation to not get too tired after a few minutes. I found it extremely difficult to get the technique just right and I noticed the knife did not stick when it was supposed to a few times. I’ve probably just lost my video game touch.

Overall, the app is good-looking and entertaining, but it will cost you. When you opt to play the game without paying for any of the additional knives, the app feels like nothing but an ad-delivery system. To unlock one sword, you have to watch 99 (yes, 99!) ads. You have to watch ads at certain points in the game or watch ads to get coins or watch ads to return to your place during the vertical ascent mode.

According to the app, any purchase (the lowest is $.99) will turn off the ads, which I highly recommend if you’re going to play the game at all. It’s always nice to support innovative developers who are actually engaging in the knife community anyway.

Apparently the game has been getting a lot of press and attention thanks to some guy on YouTube who destroys fruit with knives and weapons. I watched a few minutes of his cringeworthy video and couldn’t get past the point where he called a kukri a dagger.

I apologize in advance for including the video.

Let us know what you think of the app in the comments. https://credit-n.ru/order/debitovaya-karta-alfa-cashback.html