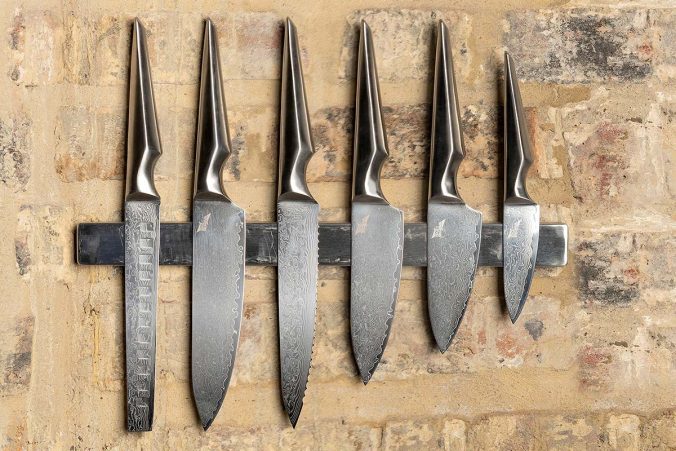 Kickstarter is a tough place. Out of every three projects launched, only one will get funded.

That’s why when a company successfully makes two big hits, it’s a pretty good sign that they’re doing something right. That’s where Edge of Belgravia comes in.

The kitchen cutlery company has launched yet another crowdfunding project for kitchen knives only a year after creating the most successful knife project in Kickstarter’s history.

Edge of Belgravia’s latest line of knives is called Shiroi Hana. It already has more than 1,000 backers who pledged more than $350,000 with just 10 days to go until the funding period ends. That’s pretty impressive (though admittedly not as impressive as the over $2 million pledged for the first Kuroi Hana project).

The Shiroi Hana Collection is essentially a more refined version of the previous Kuroi Knives with a few minor improvements. Edge of Belgravia sent me a sample to look at (I’ll explain why a little later).

The knives themselves are high-end kitchen knives with a unique design from London designer Christian Bird (who appropriates some of the elements of Japanese knives).

The Shiroi Hana Collection was brought to Kickstarter by Edge of Belgravia, a relatively new chef knife company out of London. It was officially launched in the UK market in 2012 and earned some accolades upon release.

I believe their first line was the Precision series. I was actually sent this series a few years back and was not blown away by them. I found the quality of the ones I received lacking, with a few minor imperfections. On top of that, I couldn’t find out basic information, such as the steel in the knives. (I still never found out.) The review is actually sitting in my drafts as I was waiting to publish it when I received a response from Edge of Belgravia, which never came. 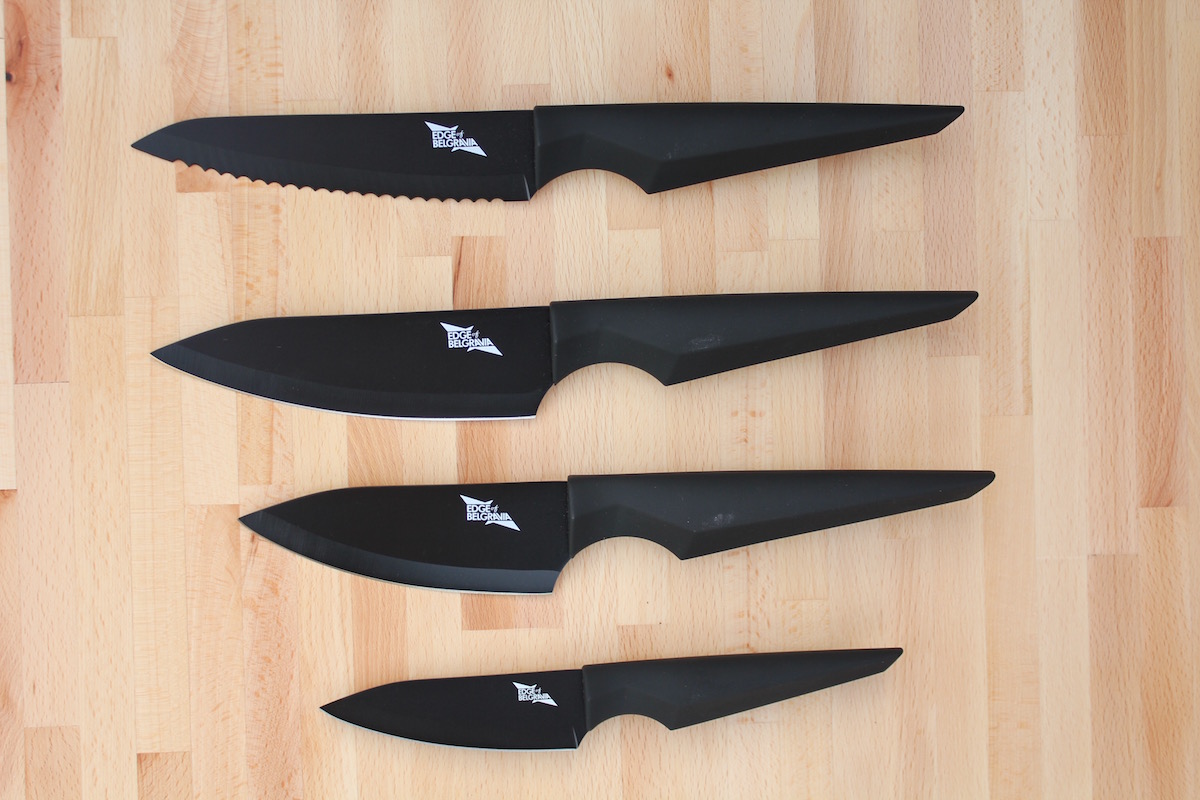 My conclusions about the Precision series was overall positive but I still had some questions, which is why I was sent a sample of the Shiroi Hana series to examine.

Here’s more on the knives.

The set I received was the three-piece Samurai Set (except with a cleaver instead of a Santoku knife). The other two knives were an unagi saki and nakiri. 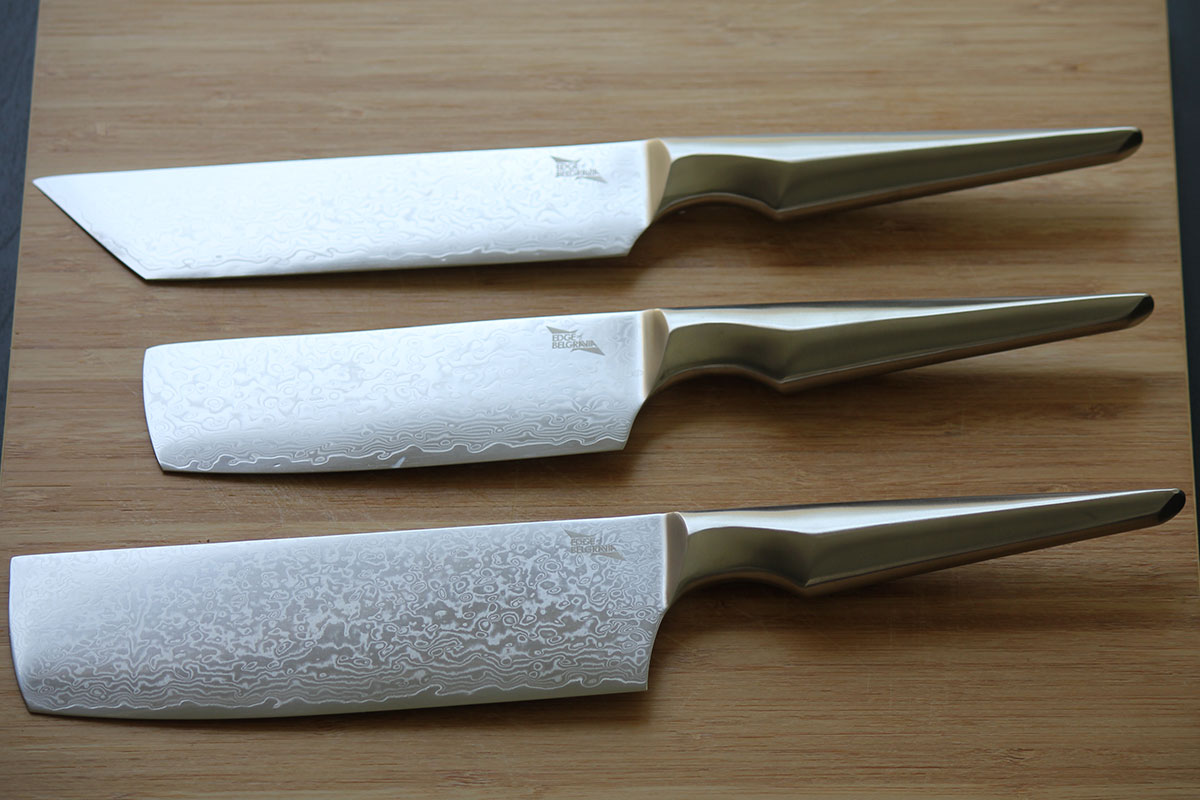 My initial impressions are great.

The blades use a san mai-like construction of a core of AUS-10 stainless steel sandwiched between alternating layers of 431 and 304 stainless steel. There are 67 layers in total. This allows the user to get a more durable and stainless steel blade while getting a better steel at the cutting edge. AUS-10 and VG-10 are pretty similar, though it is probably closer to 440C. The result of the layering is a very attractive floral pattern. 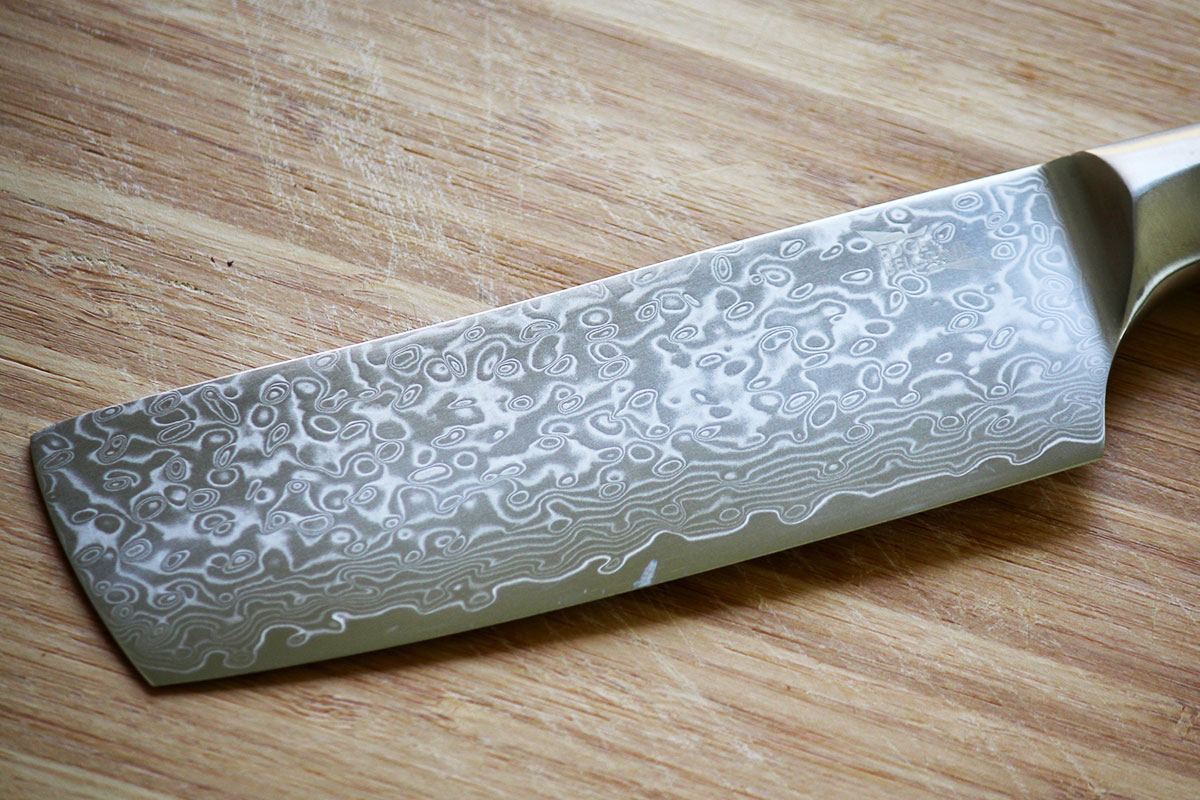 Unlike the Kuroi Hana knives, the Shiroi Hana knives have a lighter pattern (way lighter than some of the Kickstarter images) that apparently more people had requested, according to Edge of Belgravia. The blade is polished as well this time. I have no complaints about the look.

Some other improvements include a reduced microscopic roughnesses somehow and a covered spine to protect the AUS-10 core.

About Those Odd Handles

Handles are huge thing on a chef’s knife, almost as important as the blade. If you cook a lot, you’ll be using these knives a lot. Edge of Belgravia has a hallmark handle style that’s angular (which apparently goes with a modern look).

Although they look uncomfortable, they’re surprisingly comfortable when using in different grips. Unlike the sharper points of the Precision series, the handle is smooth and fits the hand better. 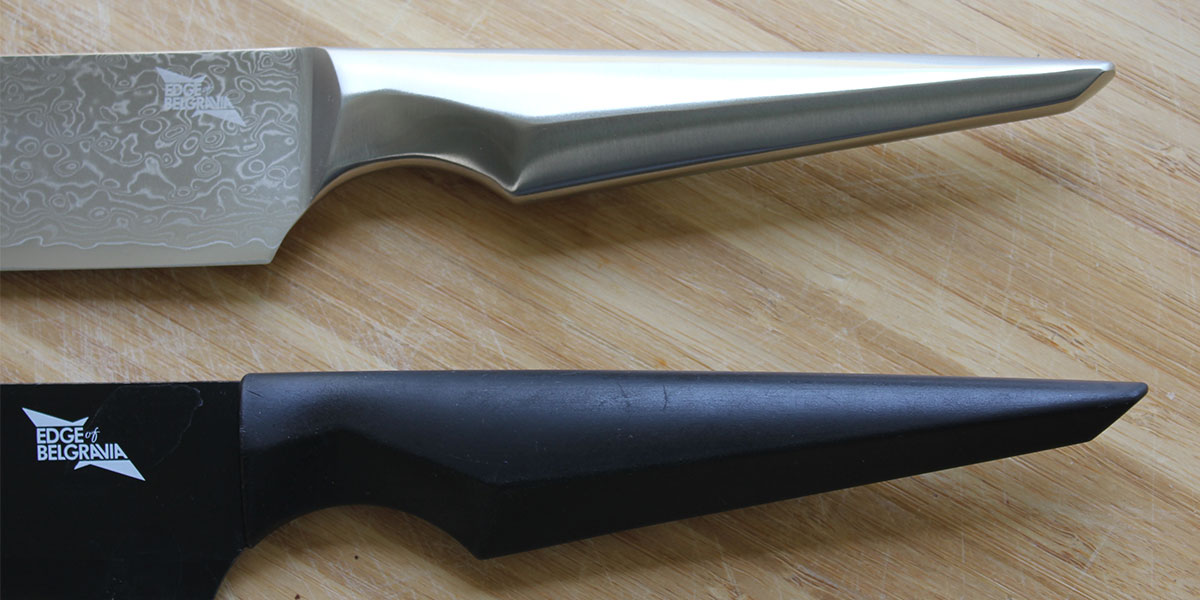 I also noticed that the handle is smaller and the finger groove is ever so smaller. I find this makes the grip way more comfortable. It’s a minor but welcomed change.

There are six different rewards tiers (one is no longer available) with a chance to mix and match and some other add-ons. Here are the basics:

The complete set will go for $600 or $699 (it says two different prices) when it’s available for wide release.

The expected delivery date is March 2019. They were able to deliver the rewards last time in a mostly timely manner so I expect the same.

One of my biggest complaints about the Precision series was the quality. The blade on my Precision deba knife actually came out of the handle, revealing the tang. This solid construction and smooth transitions of the Shiroi Hana takes away any issues like that.

These knives are sexy and clearly very well done. 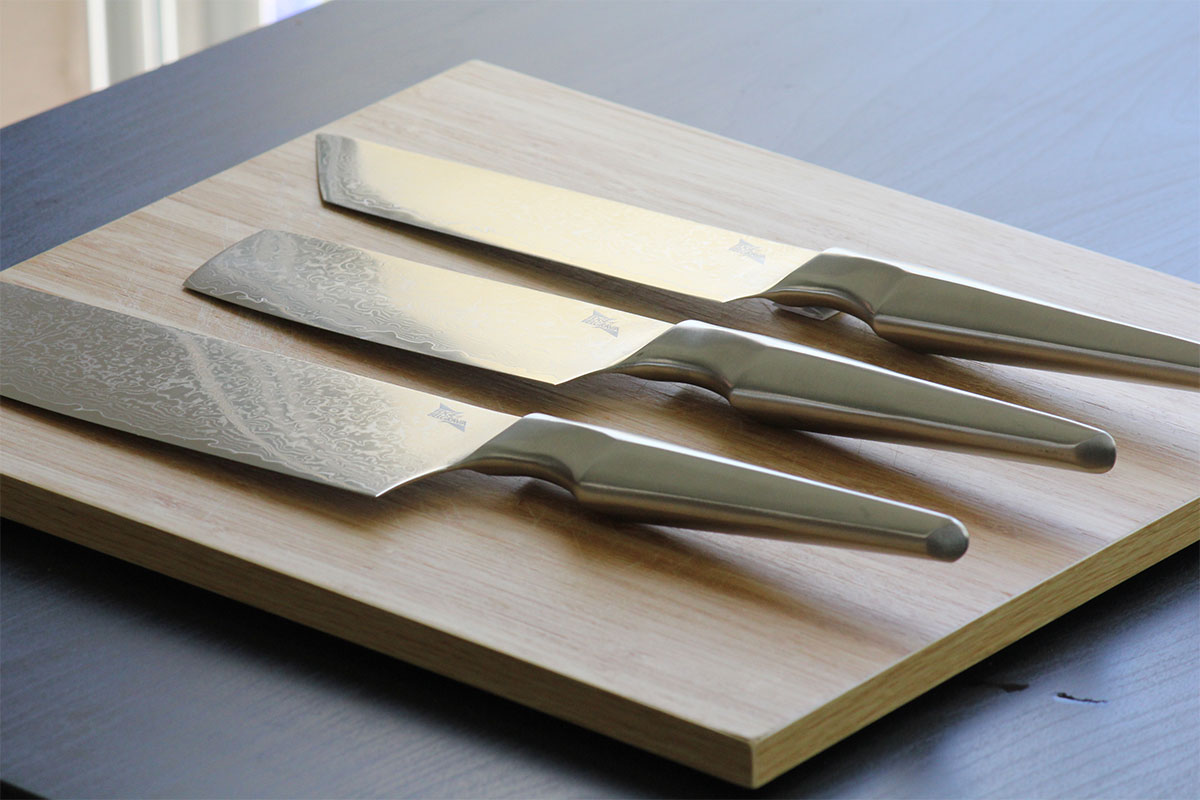 If you want a stylish kitchen knife that you can show off, these are definitely a good option. Not only is the quality and presentation there but there’s also a cool Kickstarter backstory. I’ve had people ask about the Precision knives and these are way more beautiful. It has also been endorsed by Michelin-rated chefs so take that as you will.

If you don’t mind looks and want something at a cheaper price, my go-to suggestion is the Victorinox Fibrox series. The seven-piece set (which is still overkill for some) is only $180. 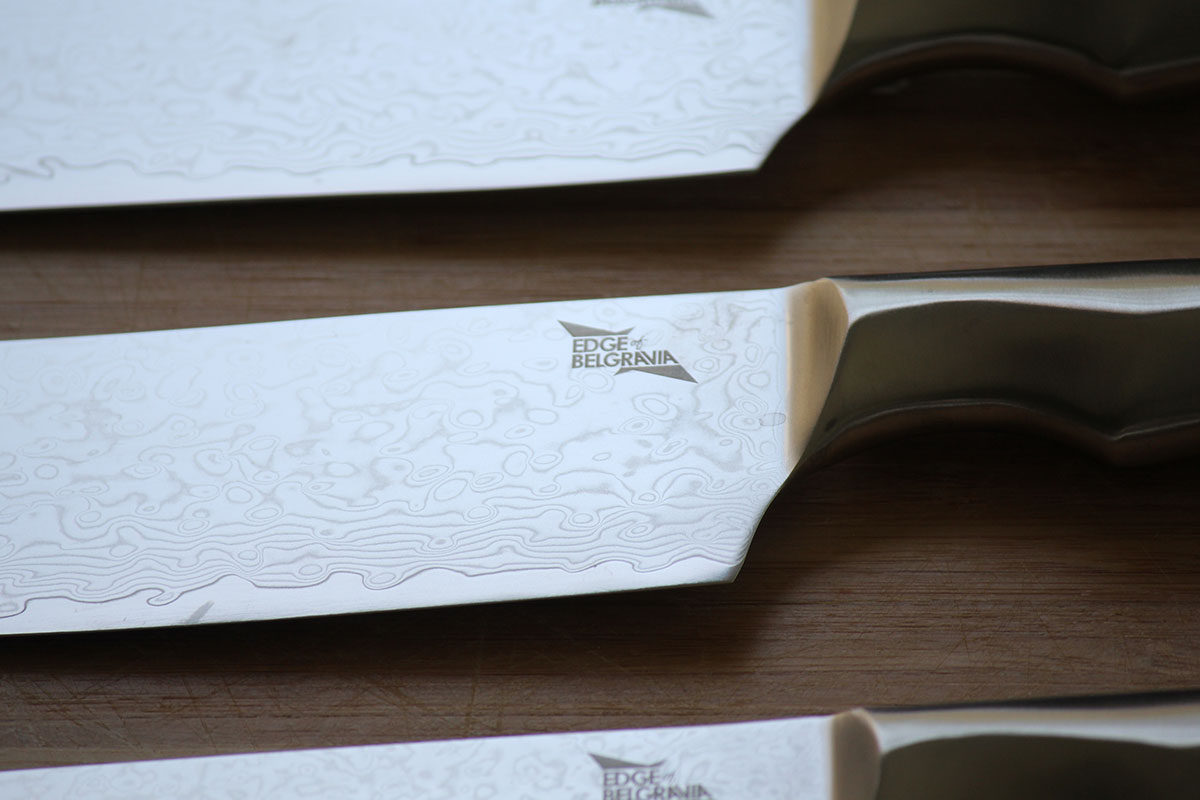 The reviews from the last Kuroi Hana batch were pretty positive, except for some complaints about the black diamond knife block, which I’m not a huge fan of anyway.

You only have until September 8 to get in on the action, so if you want these knives, you better act fast.

Boker Plus Wildcat – Badass Knife of the Week