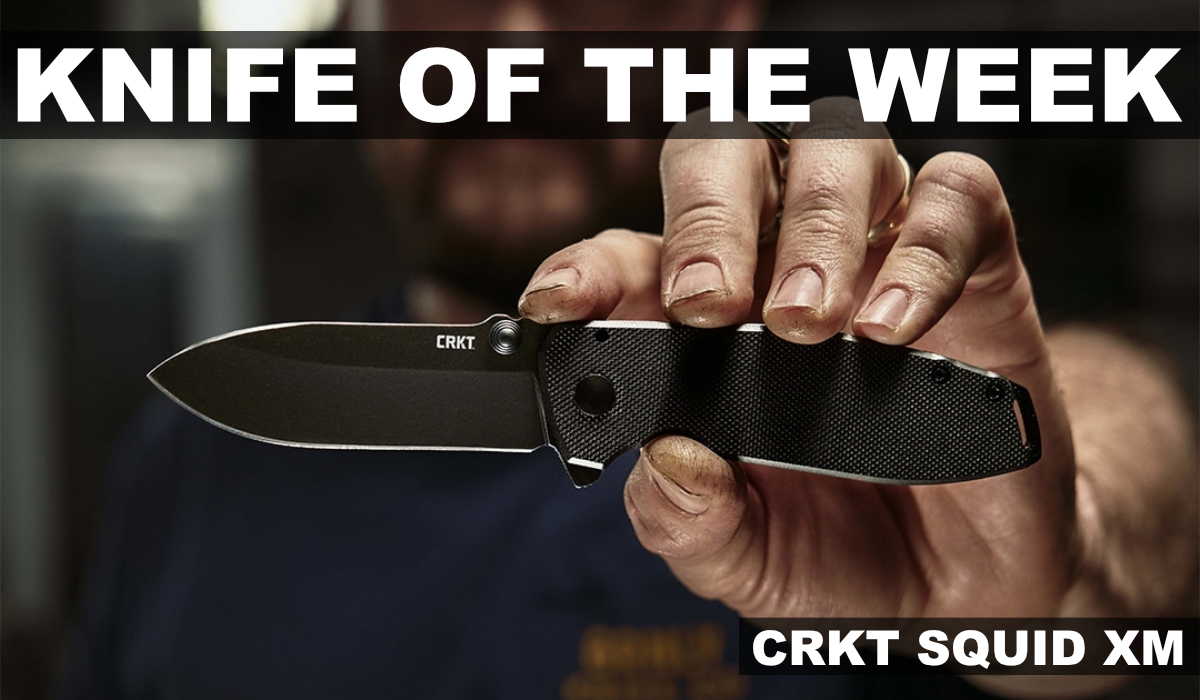 So what happens when you make it bigger and better? You get one of the best regular knives available.

The CRKT Squid XM is a larger version of the overbuilt Squid with a 2.95-inch blade and 7-inch overall length when opened.

Its strong drop point blade now features a black coating and tough D2 steel, making it great for demanding work tasks. The blade engages via flipper or thumb stud with the help of an IKBS ball-bearing pivot and assisted-opening mechanism.

A frame lock mechanism with a thick lock bar means you don’t have to worry about your fingers, while a black G-10 scale on the show side means the Squid XM won’t be slippery, regardless of the conditions.

With a low-profile clip and lanyard loop, the CRKT Squid XM allows for different methods of carrying.

Instead of simply making a larger version of the regular Squid, designer Lucas Burnley made sure to fix any shortcomings of the original to make a knife that’s truly ready for anything.

What Should I Engrave on a Knife? 10 Engraving Ideas