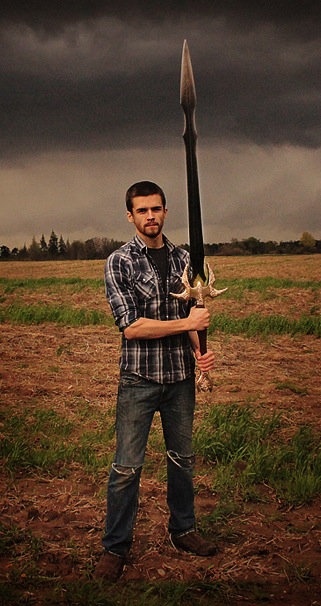 Yesterday, the Ball State University Daily News ran a great piece profiling two local swordsmith students who were given the opportunity of a lifetime when a props team commissioned them to make a sword for the movie “Thor.”

Their big break came, however, when a props team working on the film “Thor” contacted them to design and construct the Sword of Heimdall.

The BSU story, written by Devan Filchak, goes into detail about what the process was like in creating the epic sword. They were in regular contact with the props team in California, but had almost complete artistic freedom with the sword.

They had to make two steel and bronze swords along with two aluminum versions for stunts because they weighed a lot less.

The swordmaking duo definitely felt a sense of accomplishment once they saw their work featured in the movie and saw toy replicas in stores.

Had this sword been around during the creation of my list of Top 5 Coolest Movie Swords (You Can Also Own), it would have been near the top. 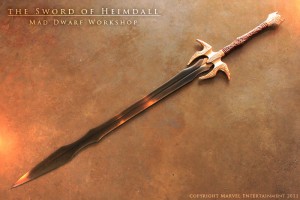 This news points out that not only is sword making fun, it’s also a rewarding business. Working hard at your craft, whether it’s sword making or knife making, has the potential to pay off big as it did with Andrew Davis and David DelaGardelle.

If you’re interested in learning more about the process and seeing some really cool pictures, check out the MAD Dwarf Workshop website.