A History of the Spyderco Massad Ayoob 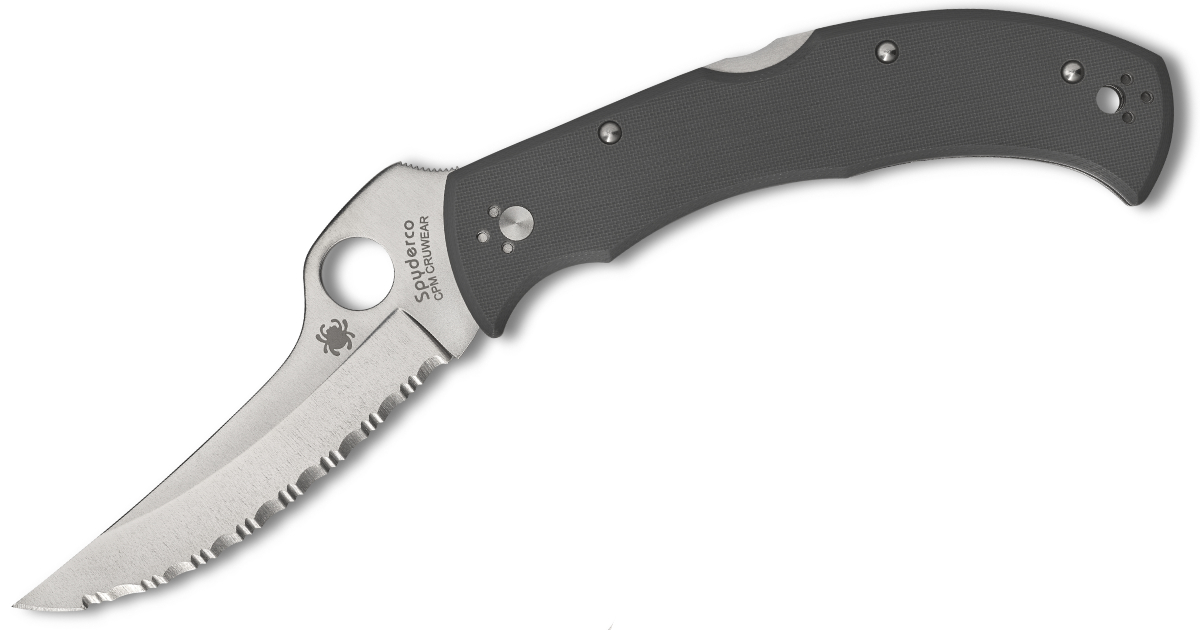 For more than a decade, people have been begging Spyderco to bring back one knife above all others. It’s a little knife called the Massad Ayoob.

And now, exactly 20 years after it was first released, the Spyderco Massad Ayoob is back for a limited time as a Sprint Run in a plain version and a serrated version.

So what makes the Massad Ayoob so special? Read on.

Who is Massad Ayoob?

If you’re not familiar with Massad Ayoob, he is a renowned designer and premier firearms expert. He’s been the handgun editor at Guns magazine and law enforcement columnist for American Handgunner for more than 50 years.

He’s run trainings for law enforcement personnel and was named the president of the Second Amendment Foundation in 2020.

Spyderco and Massad Ayoob collaborated on a knife at the turn of the century, and the result was a truly unique self-defense knife.

The original Massad Ayoob was a masterpiece in tactical folders. The design is pretty unusual with a blade that’s been described as a negative angle that helps align the blade with the bones in the forearm, maximizing thrusting capabilities.

Instead of me describing this knife to you, let’s hear directly from Massad Ayoob. He wrote his intentions behind the knife back in 2006 on BladeForums:

This is what gives the C60 its superior stabbing accuracy that posters in this thread have mentioned, and it also gives tremendously more penetration, because it aligns the skeleto-muscular support structure of the arm with the point (number one), and therefore with anyone who knows how to put his weight behind a punch, gets the entire body’s force going directly behind the point (number two).

As other posters have also noted, the handle-to-blade angle puts much more force behind a slash as well as a stab. Instead of the blade “skimming” over the target as it hits hard resistance such as bone, the 90 degree angle of the blade when held in reverse grip (and KEPT there by a handle shape that allows the thumb to lock it at that angle) the C60 is more likely to shear directly through whatever resistance it encounters. Because of the design features, something very similar happens with a slash from the conventional saber or pekal grasp.

History of the Massad Ayoob

It’s unclear why the original Massad Ayoob was only around for a short time (2001-2002), but one blogger said that Joyce Laituri of Spyderco told him, “Spyderco didn’t like making knives whose sole purpose was to harm people.”

Of course, Spyderco made and makes plenty of knives designed for harming people (I’m looking at you, Civilian), but it was usually only at the request of law enforcement personnel.

After the knife was discontinued, it developed a cult following with tons of people begging for the knife to come back. Spyderco relented in 2011 with a short Sprint Run that sold out immediately.

Another lobbying campaign resulted in the return of Massad Ayoob during the Spyderco Reveal 10 in 2022.

This updated Sprint Run looks way more modern than the original and the 2011 Sprint Run.

The gray G-10 scales cover the full skeletonized stainless steel liners, and the back lock mechanism features a Boye dent.

You can get this knife in either a plain or fully serrated edge.

If you want one of these in your collection, I recommend picking one up while they’re still available because they’ll probably sell out fast.

Condor Cavelore – Knife of the Week