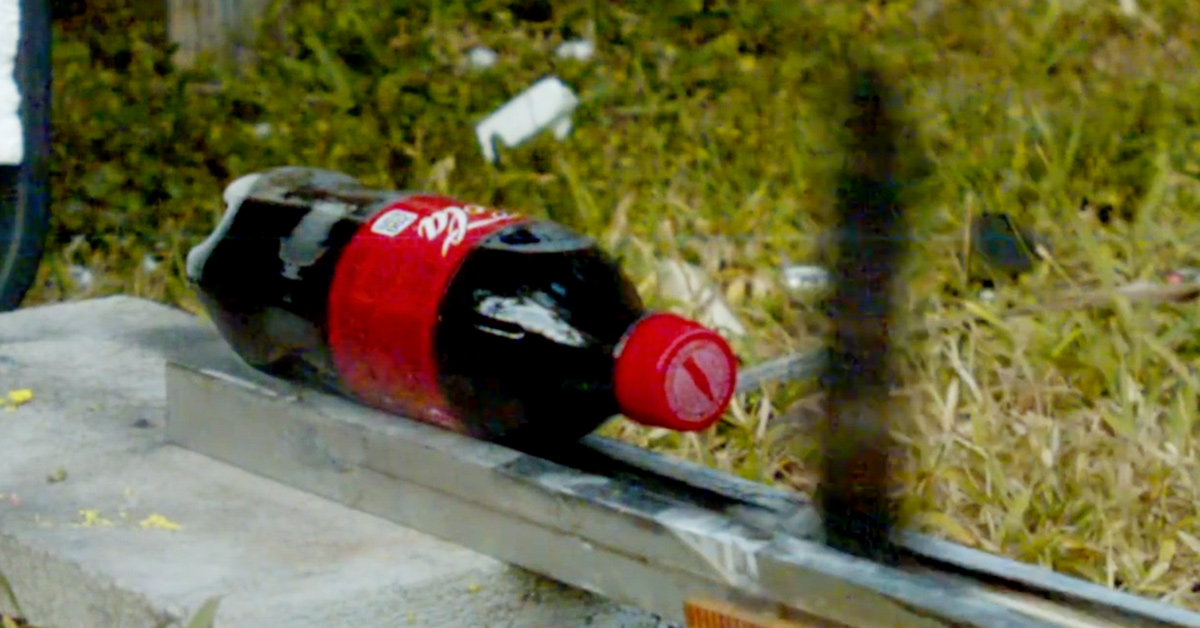 Thanks to the advent of YouTube, there’s no shortage of amateur scientists doing crazy things at their house.

We’ve seen the unparalleled Joerg Sprave create the knife chainsaw and some dude heat up a knife to 1000 degrees to cut things. Now, the Backyard Scientist is taking things to the next level with his latest experiment: the 1000 Degree Red-Hot Rocket Knife.

Normally, these videos only elicit a shrug in me, but some are just really captivating. In the latest video, the Backyard Scientist created a rail to act as a track for a knife to be shot 150 miles per hour at an object. To add to the insanity, he also heated the knife up to a temperature of about 1000 degrees before it’s propelled.

The experiment sees whether this creation will cut through four objects: a coke bottle, cans of silly string, a baguette and two by four, and lighters. Needless to say, the red-hot rocket knife makes quick work for these objects.