Victorinox Compact – Knife of the Week 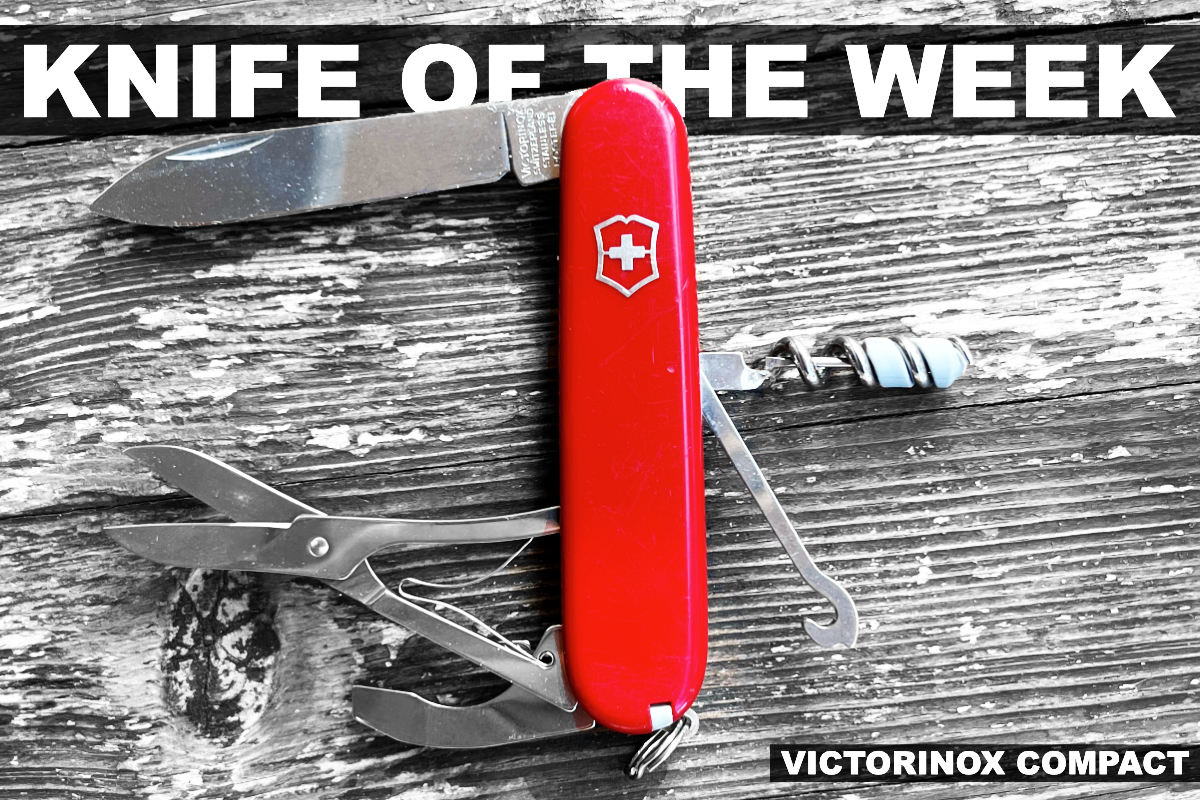 There are Swiss Army Knives for every occasion, with some models featuring two tools and others boasting over 70 functions.

But there is only one knife you can arguably call the very best for everyday tasks: the Victorinox Compact.

The Victorinox Compact is a unique knife in that it has one of the highest functions-to-size ratios of any Victorinox, thanks to its two-layer construction and plus scales.

This is the only knife or multitool I’ve consistently carried with me on a daily basis the last 5 years. Folding knives comes and go, but the Compact has seen the most carry (and use) time in my personal EDC.

If you look around the knife scene, you’ll see this is also a favorite of many “knife influencers” like Zac of Zac in the Wild and countless others. Here’s a good video from Jon Gadget extolling the knife’s many good virtues.

The Compact squeezes 15 different functions into a design that will make your life easier. Just some of these tools include scissors, a large blade, a can opener, a bottle opener, screwdrivers, and a corkscrew.

As an extra, the Compact features plus scales, which contain a pressurized ballpoint pen and multipurpose pin on top of the usual toothpick and tweezers.

I’ve used the tweezers and scissors most of all with the little screwdriver coming in third for my glasses. To make the knife even better, I recommend adding a suspension clip as a way to keep from losing your Swiss Army Knife.

If there is only one tool you can leave the house with, make it the Victorinox Compact.