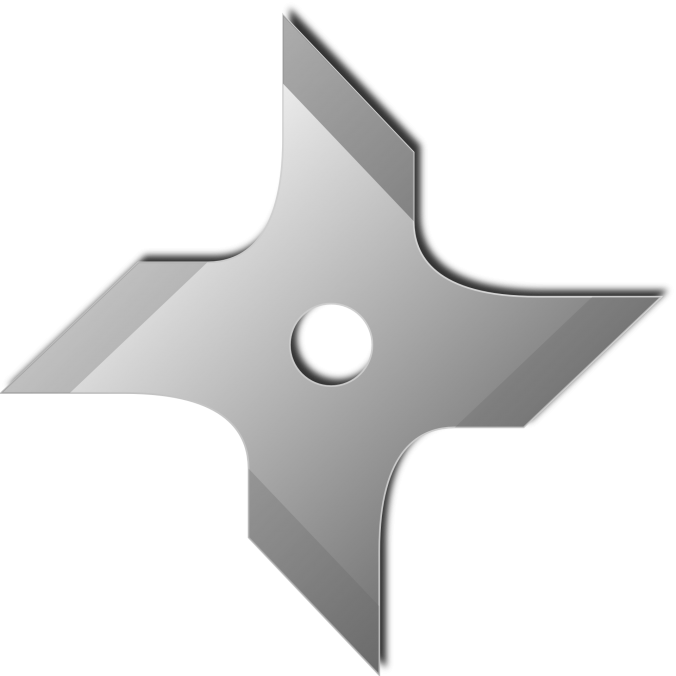 The Complete History of the Shuriken: The Ninja Throwing Stars

When it comes to warriors, there are few that are as fearsome as the samurai. While most of the world still used primitive weapons and methods, the samurai were some of the most sophisticated and well-equipped warriors in the world.

They were completely dedicated to the art of war, spending their entire lives trying to master it. While most people remember samurais for their razor-sharp swords, there is another fearsome weapon in their arsenal that was just as deadly: the shuriken.

The shuriken, also known as the ninja throwing star, was one of the most effective weapons on the battlefield. However, its uses in combat might surprise you.

In this article, we’ll go over the history of the shuriken and how it was used by the samurai.

The History of the Shuriken

The Japanese word “Shuriken” is made of three Japanese characters; “shu” (hand), “ri” (release), and “ken” (blade). All together, shuriken roughly translates to “sword hidden in the hand”. This description accurately describes the basics of a shuriken: a blade that can be easily concealed but is not necessarily thrown.

A Bo-shuriken is a throwable weapon that is made of steel spikes, usually four-sided. This was one of the first designs of shuriken and was often made from common items like nails or carpentry equipment. The first documented use of these Bo-shuriken was at the Ganritsu Ryu school, which was active in the 17th century.

The Bo-shuriken had many different forms that mimicked other weapons. These include the kugi-gata, or nail for, and the hoko-gata, or spear form. These were typically thrown overhand, but could also be thrown sideways or rearward as well.

The most well-known shuriken is the hira-shuriken. These are flat, metal disks with four sharp points. While movies and shows show ninjas using the hira-shuriken, they were actually used by samurai.

Throwing weapons have been documented earlier in Japanese history before the arrival of the shuriken. However, throwing a sword wasn’t practical due to their high value. So the invention of the shuriken meant samurais could hang onto their swords and have another tool in battle.

Shuriken were thrown using two methods. The “direct hit” method in which the shuriken didn’t spin at all, and the “turn hit” method, which required it to spin.

The Shuriken: Uses in Combat

In movies and shows, shuriken are shown as being very dangerous and lethal. But the truth is that they were rarely used to kill enemy soldiers.

Because most shuriken don’t have long points, they aren’t capable of penetrating deep enough to cause mortal wounds. In direct combat, shuriken were used as a distraction, nuisance, or to weaken a target. Since they could only hit exposed skin or sensitive areas, shuriken were aimed at the feet, arms, face, eyes, and groin.

These throwing weapons gave samurais a distinct advantage in battle. They could quickly throw shuriken and temporarily incapacitate or weaken an enemy long enough to deliver a deadly blow.

Shuriken were usually thrown from a distance of about 30 feet or so. This allowed the samurai to engage a target at a distance while being able to close the distance to the target.

Shuriken were also used to distract or disorient enemies. If an enemy soldier was pursuing a samurai, the samurai would throw a shuriken at the attacker’s face. The shuriken would strike the enemy and disappear into the distance.

This would leave the attacker disoriented and confused as to who hit them. This would give the samurai enough time to escape or cause the attacker to retreat. Shuriken could also be used to cause the enemy to dodge or open themselves up to attack for a moment.

Shuriken were made of cheap or disposable material like scrap metal or broken tools. This is because they were meant to get thrown away and lost in the heat of battle.

The Shuriken: Other Uses

Most depictions of shuriken depict them getting thrown at enemies to kill them, but they also had other uses in battle.

Some samurai would cover their shuriken in potent poison. This way if it injured an enemy, it would eventually kill them.

They would poison shuriken with natural poisons that were available such as aconite. Samurai would also bury their shuriken in feces to cover it in dangerous bacteria. If it penetrated deeply enough into the enemy’s skin, it could cause an incurable tetanus infection and kill them.

One of the most common methods involved wrapping a pitch-soaked cloth around the shuriken and lighting it on fire. It was then thrown onto anything flammable, such as huts, wagons, or enemy tents. This could disorient the enemy and cause chaos amongst the ranks in large battles.

Another method involved wrapping the shuriken in poison-soaked cloth and throwing it toward the enemy. This would emit acrid, poisonous smoke, which disoriented and weakened the enemy. With multiple samurai using this method, it was very effective at weakening large numbers of troops.

Another popular method didn’t involve throwing at all. Many samurai would bury their shuriken in the field before battle. This way, enemy soldiers would step on them and become more susceptible to a deadly blow.

Other methods included using shuriken as a booby trap. Samurai would cover them in poison that could absorb through the skin and leave them to get found by the enemy. When the enemy picked them up, they would get poisoned.

Learn the Art of the Samurai

Now that you know more about the history of shuriken, you can start learning the art of the samurai for yourself. Make sure to research the proper throwing techniques and safety procedures when throwing shuriken.