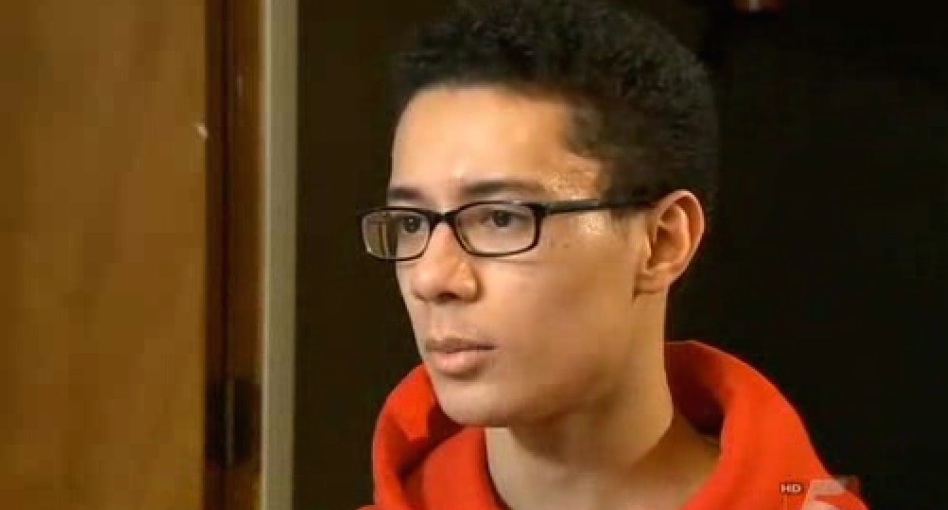 To any adult, using or carrying a knife is part of daily life. Most people never think twice about using a knife for activities like opening packages or even fishing.

But, as 18-year-old honor student David Duren-Sanner learned, mixing a knife and school can turn your whole life upside down.

A few weeks ago, David’s car was selected for a random search (which itself seems pretty outrageous), and Tennessee police found a small knife in the car.

The kicker of the whole thing was that the knife wasn’t even his. His father, a fisherman, had recently given him his car and accidentally left the knife in it. Needless to say, school officials did not buy the excuse and immediately suspended David for 10 days.

Along with the suspension, David was initially facing a penalty that required him to attend an alternative school for 90 days, but that was recently reduced to 30 days after an appeals hearing. While that is a small victory, the punishment still affects the future of this student who should be worrying about college acceptance at this point.

Here’s more from the local news:

[Peggy] Duren said her grandson has a 3.0 grade point average, is on the honor roll and he has never even been sent to the principal’s office She said scholarship applications have stopped since it is unclear what her grandson’s future is.

An online petition has garnered more than 600 signatures in support of Duren-Sanner. The petition urges school officials to drop all charges against him, end his suspension and not punish him for days missed.

He’s going to have to face this punishment because of the school’s zero tolerance policy.

Although it’s sad to see the future of a promising student get compromised because of a less than three inch knife was found in his car, do you think the school is being fair? Should students be responsible for things that are in their possession, even if they are unaware?

Knife of the Week: SOG Vulcan