It’s the middle of the year and that means a few mid-year updates are in store.

First up is Spyderco.

The iconic spider brand released its Spyderco 2017 Mid-Year Product Guide, which is 24 pages of bright pictures that showcase dozens of new (or improved) knives expected to arrive in the coming months.

But first a quick update about the Reinhold Rhino. The Rhino was a 2016 mid-year model that was highly anticipated but problems with quality control have caused issues with production. As a result, they’ve moved manufacturing facilities and upgraded a few things. It will now have peel-ply textured carbon fiber and G-10 laminate scales, a CTS XHP steel blade, and phosphor bronze washers.

On to the new knives, some of which were unveiled at the SHOT Show or Amsterdam Meet. 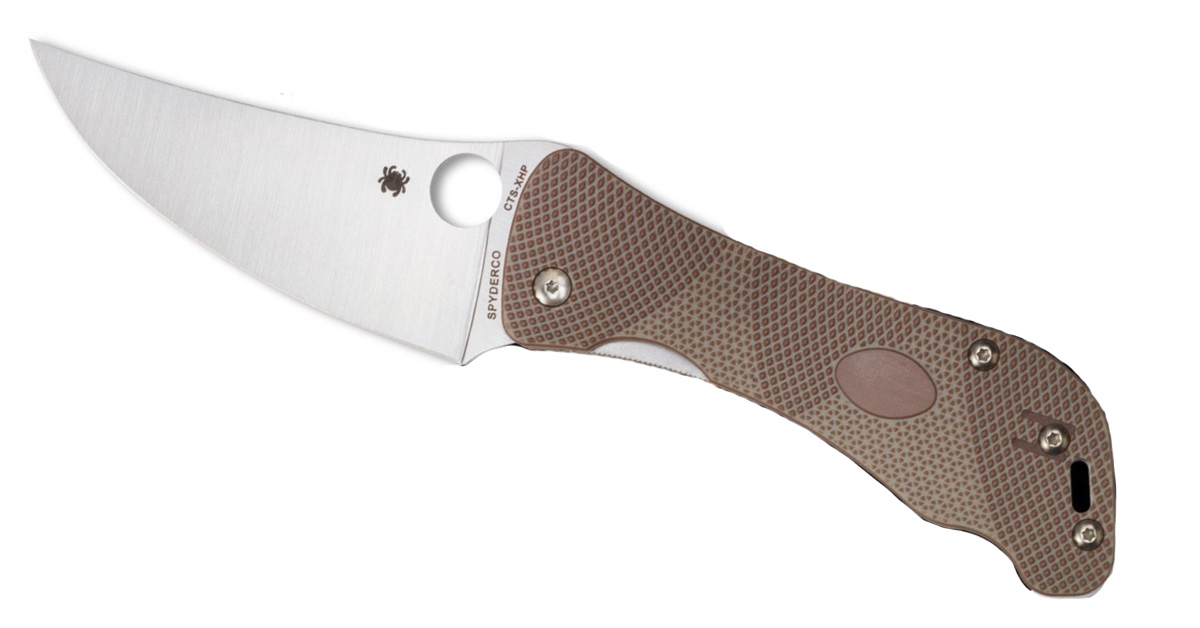 The Hundred Pacer is a snake-like knife from Johnny Liao and takes its name and styling from a Taiwanese viper. The layered G-10 scales create scale-like texture on the handle and the swept-point blade is made from CTS-XHP steel. 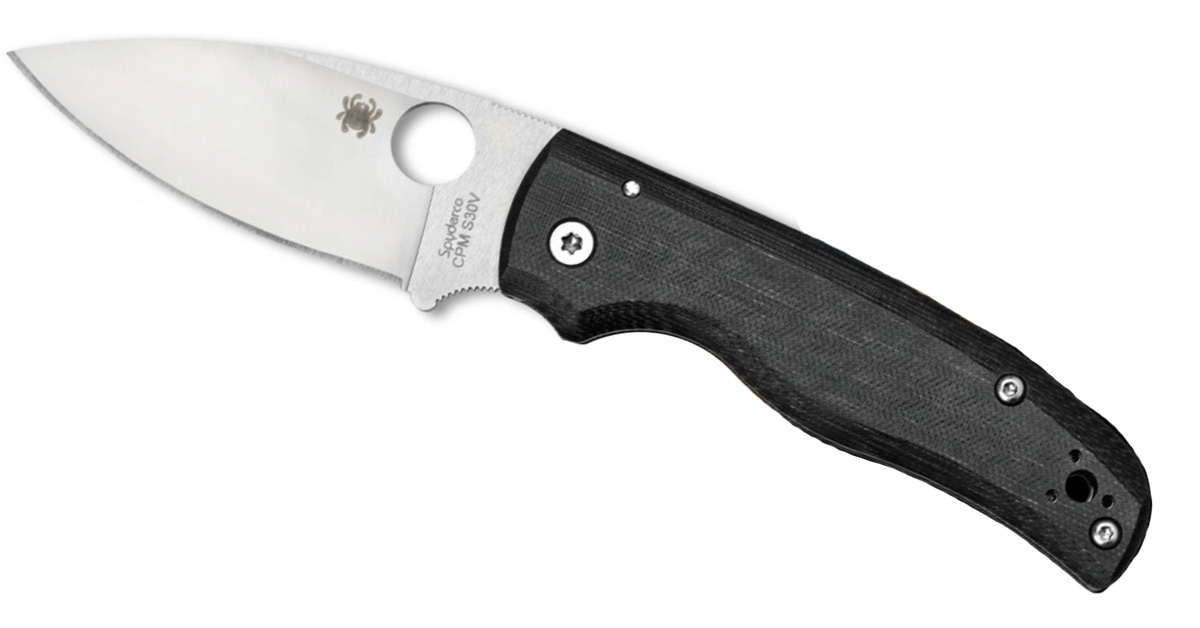 As essentially a larger version of the Native design, the Shaman, which comes in a SpyderEdge and plain version, is sure to capture some fans. The 3.58-inch S30V steel blade goes well with the matte-finished G-10 scales. 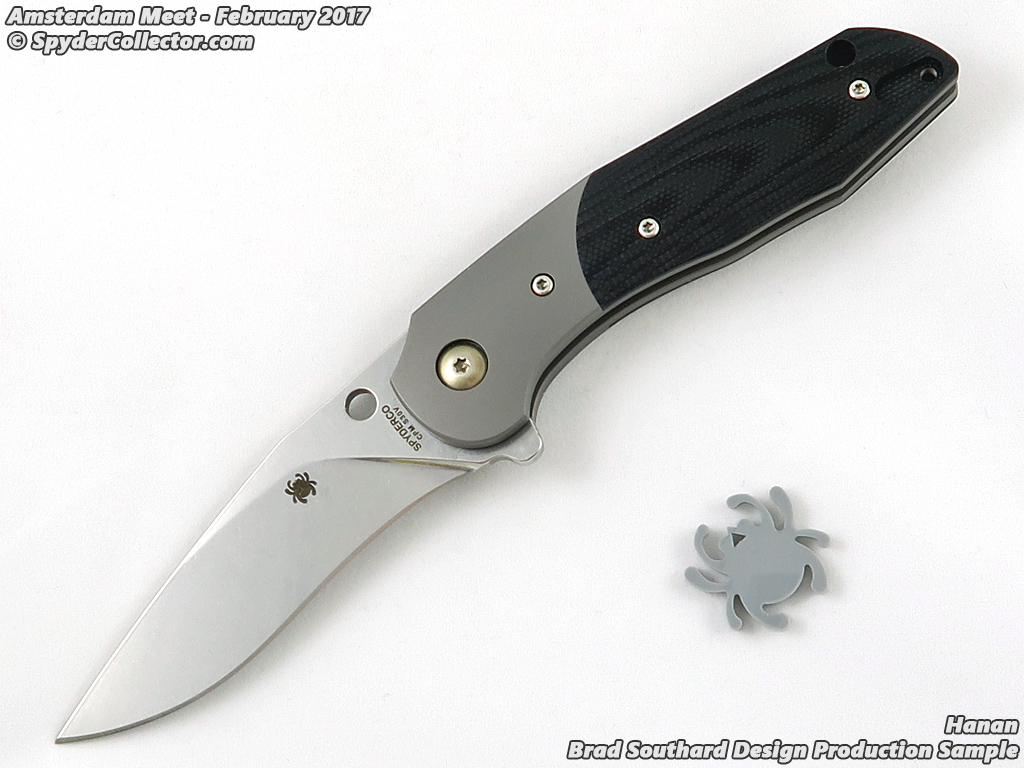 Brad Southard has his own style of knives and the Hanan is easily recognized as one of his designs. The curved gentleman’s folder uses a flipper to open the 3-inch S30V blade. 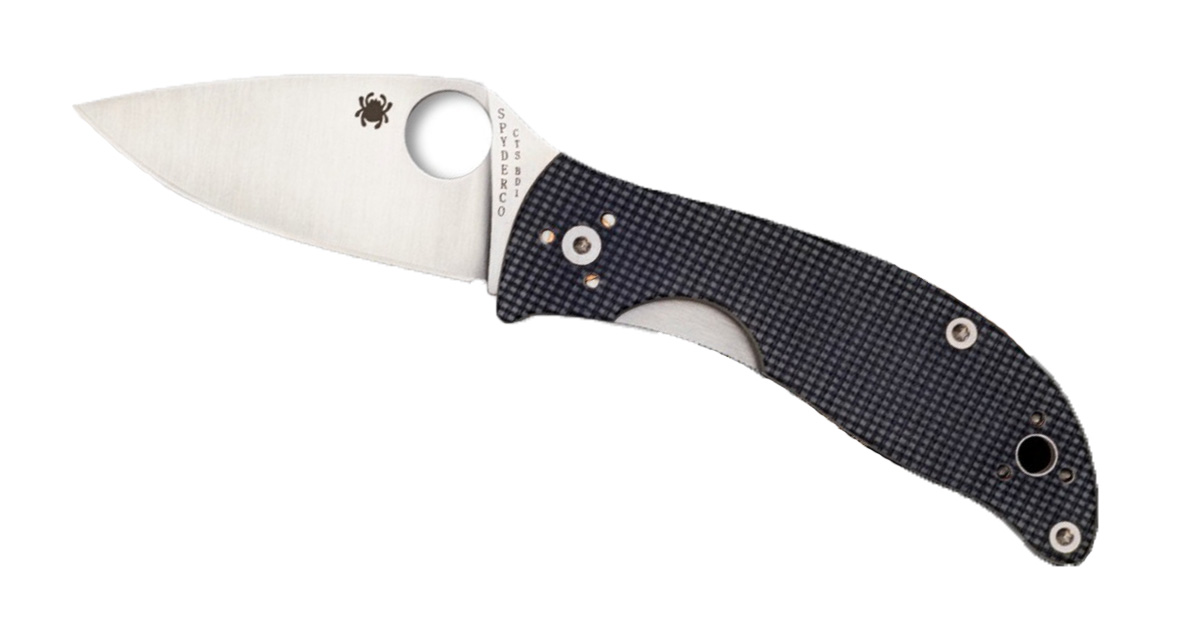 If you want something a little more affordable, the Alycone boasts all the best features of Spyderco in one package, including checked G-10 handle scales and American-made CTS BD1 steel. It almost reminds me of the Tenacious. 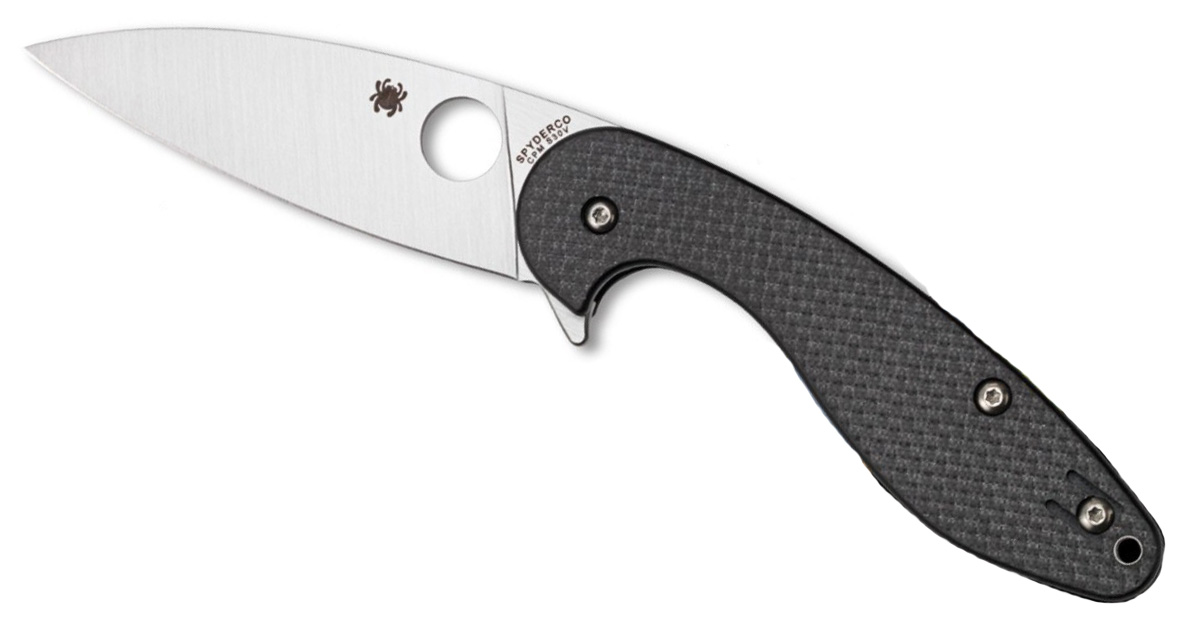 The Silverax is a sexy knife (both open and closed) thanks to its design by automotive engineer and knife enthusiast Paul Alexander. The large drop point blade is S30V steel and 3.5 inches while the handles are G-10 and carbon fiber. 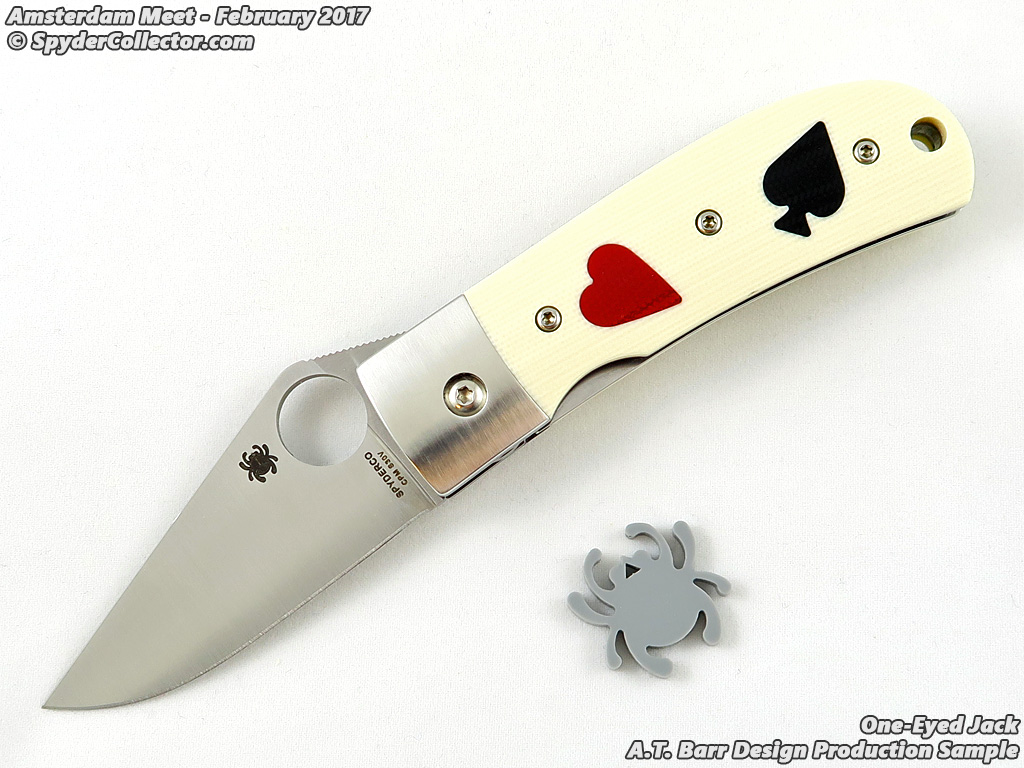 The One-Eyed Jack is a faithful recreation of A.T. Barr’s custom knife, replete with ivory G-10 inlays of a spade and a heart complemented by stainless steel bolsters. The nearly 2.5-inch blade is CPM S30V steel. Spyderco claims its as close to a custom knife you can get from a factory model. 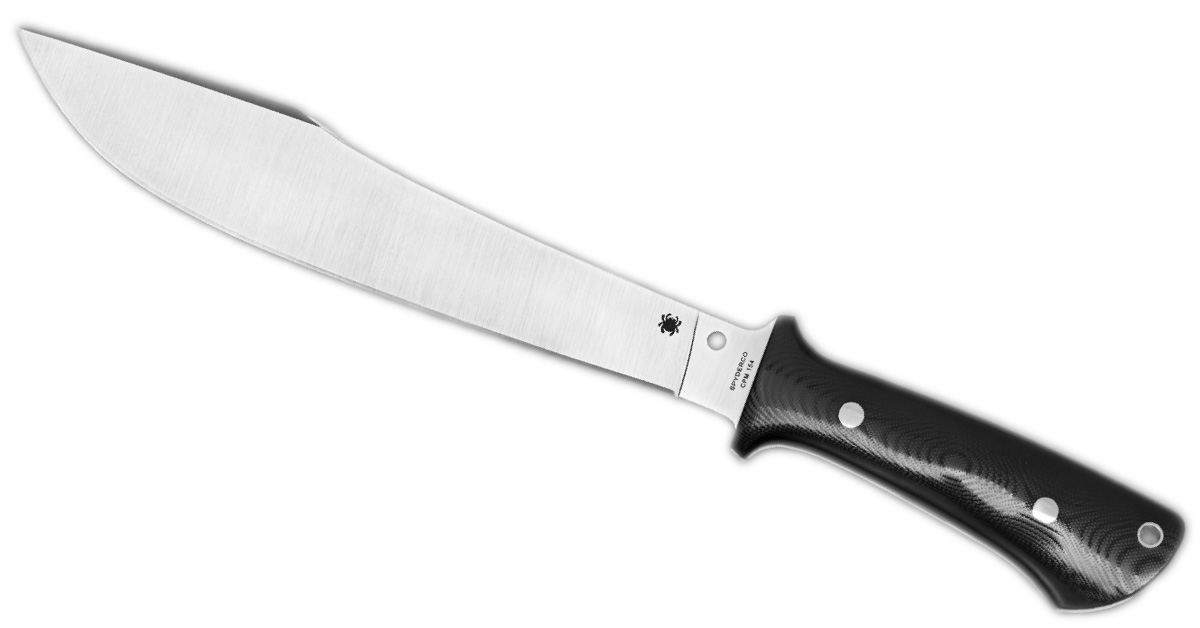 The Darn Dao is getting a flash batch treatment with a limited number produced. The knife is based on one of Bob Lum’s “rarest custom designs” and takes cues from the broadsword used in Chinese martial arts. I would go into its uses a bit more but considering it will be one of Spyderco’s most collectible knives ever, as the site says, you’ll never want to actually use it. 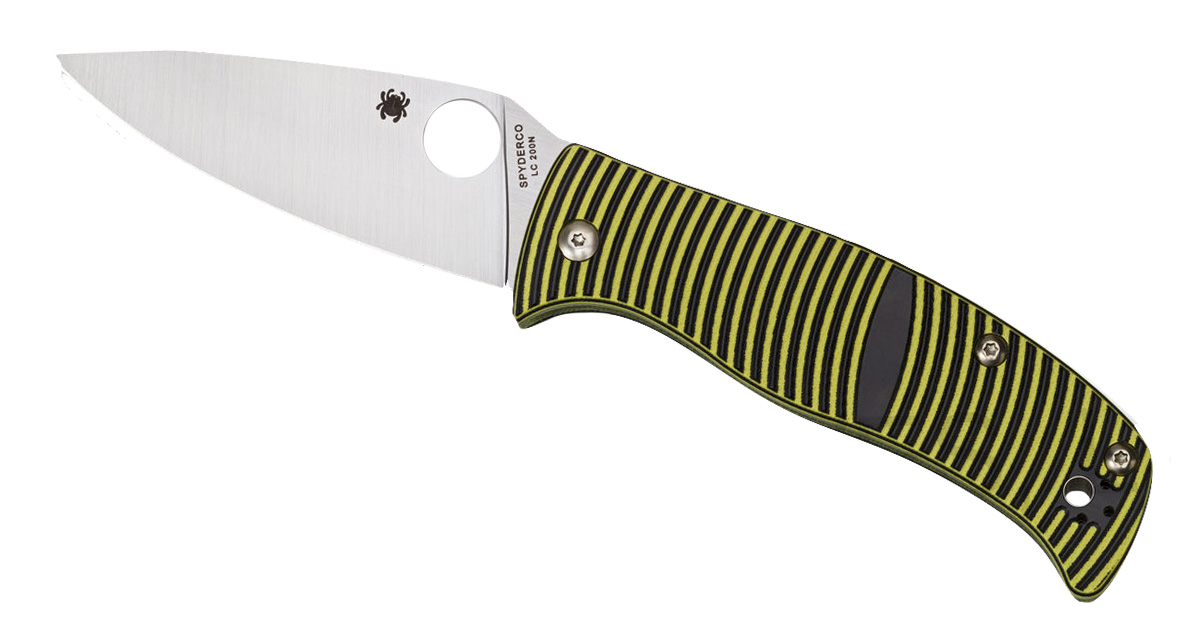 An addition to the Salt Series, the Caribbean Leaf features a blade made from rustproof LC200N steel with layered black and yellow G-10. It not only makes for a grippy knife but a knife that’s easy to spot. It uses the Compression Lock and comes in a sheepsfoot version as well. 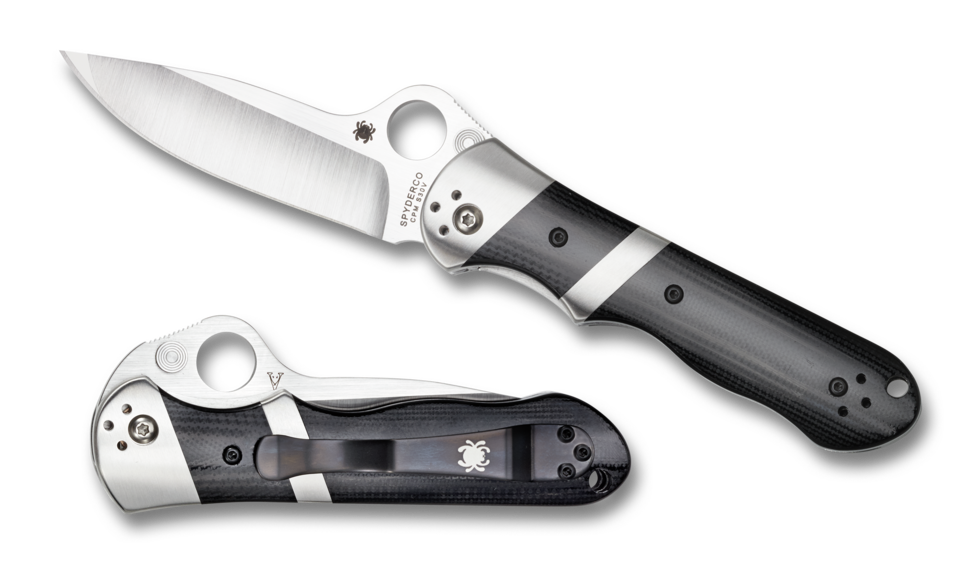 The Lil’ Sub-Hilt is a more compact version of the original Vallotton Sub-Hilt, which was a Badass Knife of the Week in the past. Spyderco does a good job keeping all the qualities and sexiness in the more compact package that’s just under 7.5 inches overall. 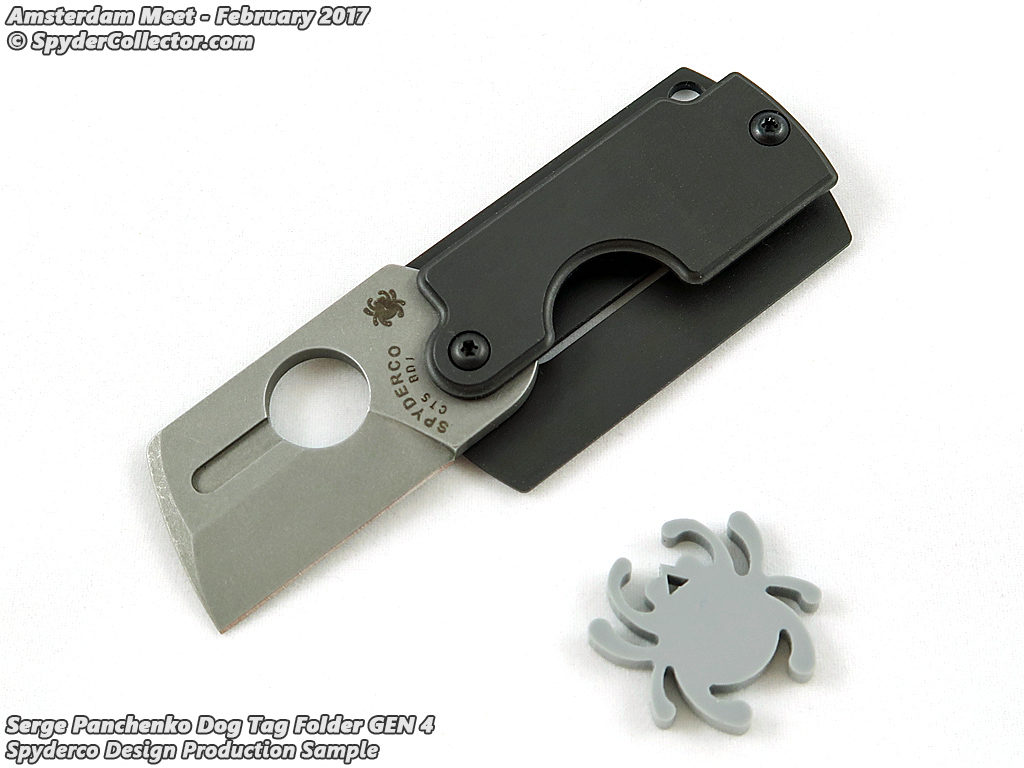 One of the first Dog Tag folders was discontinued this year, likely to make room for this fourth-generation version. This small, nonlocking folder features a 1.19-inch CTS BD1 steel blade spring bar and ball-bearing detent to help keep it open or closed. It’s already garnered a bunch of fans since first being introduced. 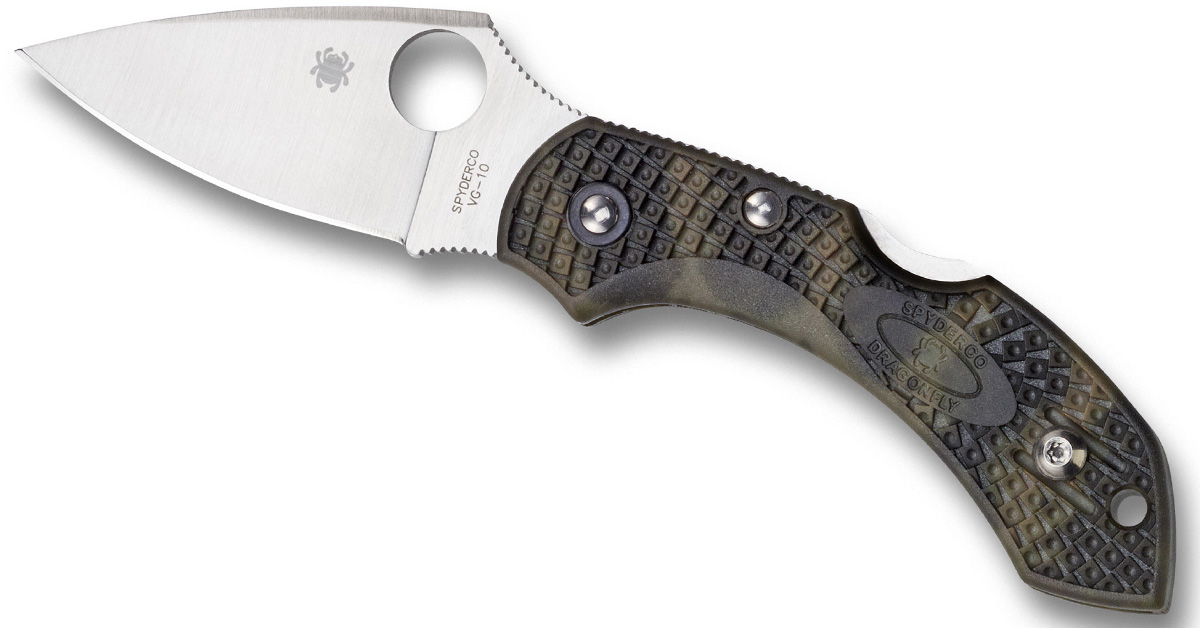 The Dragonfly 2 Lightweight is getting the Zome treatment, which is a hand-dyed pattern inspired by Japanese handicrafts. The designs are unique to each knife.

The Para 3 has proven itself already, which means it will be come in pretty much all the versions the PM2 currently has, such as the one with the S110V steel blade and midnight blue handles and camo.