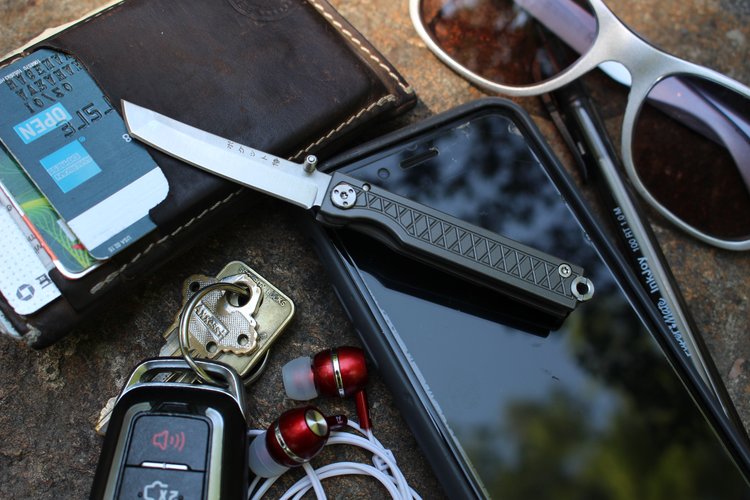 The Samurai sword is one of the most iconic weapons ever. The design, established back in the 14th century, has been used in combat up until World War II and hangs decorously on countless mantles across the world.

Now the folks over at StatGear adapted some of the design elements of Samurai swords (including the katana) and condensed them down into the Pocket Samurai.

This mini Samurai folding knife is part of a crowdfunding project through Indiegogo. Unsurprisingly, the campaign already shot passed its modest goal of $2,500. As of publication, it’s reached funding of more than $11,000.

Here’s a video from the Indiegogo page:

The pocket knife features a 2.13-inch 440C stainless steel blade with a Tanto-like profile. The Tanto point is actually curved somewhat to better imitate the style of the sword. Its handle is Grade 5 titanium in either black or gray. Some “x” patterns modeled after the styles of katana handles are machined into the sides, but it’s unclear whether it’ll be enough to offer a solid grip. 440C is a pretty standard stainless steel with some hardness and rust resistance.

It opens via ambidextrous thumb studs and uses a liner lock. A pocket clip doubles as a money clip. If you’re not big on clips, you can attach it to your keys with the keyring loop. At a mere ounce, this knife probably won’t contribute too much to keychain bloat. 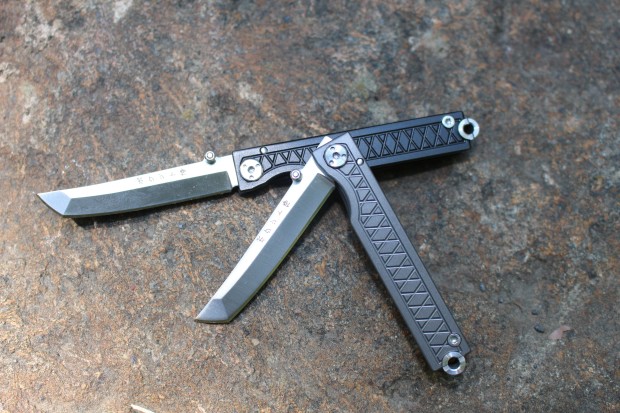 In the video above, the makers claim that the Pocket Samurai is very durable and even do a drop test and crunch test. While those tests are great for things like phones and gadgets, it doesn’t necessarily capture the strength or durability of the knife.

I would like to know just how much pressure the knife can withstand before failing. Considering the knife is only an ounce and less than 5 inches long, I wouldn’t trust the knife with heavy duty tasks.

Still, the simple design of the knife shows that StatGear didn’t go overboard with the concept, which is a big plus. I could picture other companies adding unnecessary collars and guards or integrating ornaments. The straightforward approach seems much more appealing. I’ll write an update if I can test one out. Until then, you can still grab one for as low as $34 on the Pocket Samurai Indiegogo page.