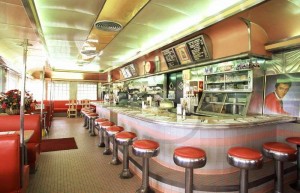 Sometimes we like to take a walk back in time, traveling down the historical path of men who have simply proven themselves to be more badass than we are. Or could ever hope to be.

Today, we may have hit a dead end. We will never find someone more badass than this.

The story sounds like the beginning of a corny joke. “A man walks into a diner..”

But let’s finish the sentence.

“A man walks into a diner with a 5 inch knife in his chest. He orders a coffee and complains about the cold weather.”

On December 23, 2009, a 911 operator in Warren, Michigan received a phone call from an unidentified 52-year old man. He told the operator, “I’m gonna sit down at Bray’s ’cause they got a chair and it’s cold out here.”

A diner employee reported that the man was calm as he ordered his coffee.

The man had apparently been stabbed in an attempted robbery half a mile away. He, then, walked the distance to a pay phone that was located in the diner’s parking lot. Ambulances arrived at the diner and took him to the hospital, where he recovered.

Sure, we can understand that it was probably pretty chilly in Michigan in late December, and we definitely get the need to warm up in a diner with a hot cup of coffee. But really, shouldn’t you get that knife taken care of first? Guess we’re just not as badass as this guy…

Knife sheath materials: The good and the bad