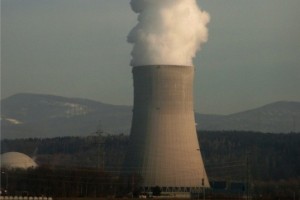 According to an article published today at Japolink.com, the walls of the imperiled Japanese Fukushima nuclear plant are made by a steel company that  still forges samurai swords by hand.

Japan Works, a major steel company with over 5,000 employees, constructed the containers in a tedious process that utilizes a 14,000-ton press to shape a special steel alloy

The company has built almost all of the containers used in Japan’s 54 nuclear power plants, yet despite it’s high-profile nuclear manufacturing, it reportedly still has a sweet spot for making high-quality samurai swords.

Although Japan Steel Works is a major corporation with 5,000 employees, it also maintains a samurai sword blacksmith, in a small shack on a hill above the factory in Muroran, where a single craftsman still hammers steel into broadswords, as the company has done since 1917.