Knives Save Lives: The Unrelenting Escalator 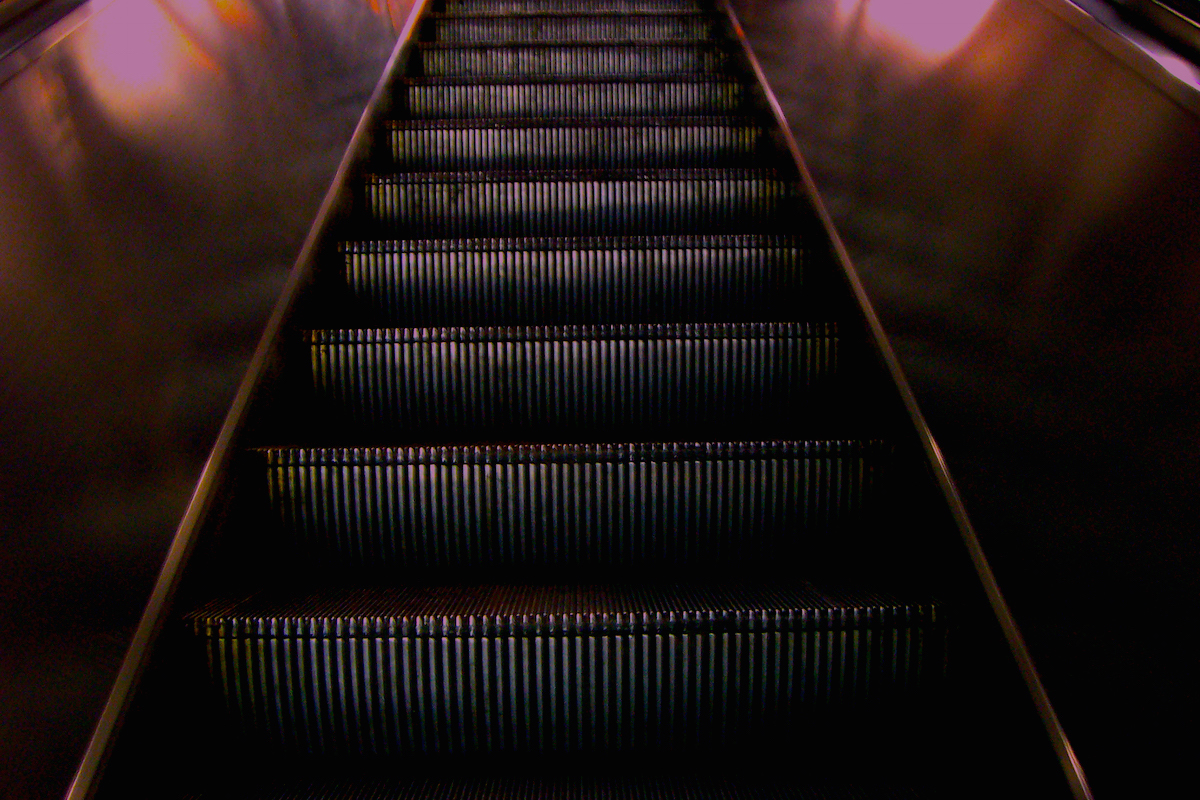 There’s a danger lurking behind one of the most mundane things known to man. It’s in malls and airports around the country. Yes, it’s the escalator.

You might not think twice about stepping onto those convenient steel steps as they guide you from one floor to the next, but the escalator has been in the news quite a bit lately.

In July, a mother was killed after falling inside an escalator when the panel at the top gave way. A few days later, a stroller was  trapped between a step and the platform. Fortunately, no one was injured. But that’s not the only danger escalators pose.

On Monday, Sept. 7, a woman took an escalator in the Forest Hills Station of the MBTA. She seemed a little drunk, a little tired, and was carrying too much. Unexpectedly her skirt became caught by the escalator.

A passerby named Andree Zalesk happened to witness the incident. She quickly pulled out her pocket knife and freed the trapped woman. Here’s what she wrote in a Facebook post:

“She and her bags were scattered all over the moving escalator,” Zalesk wrote. “Her skirt was caught in the machinery and I had to pull out my pocket knife to cut her out. I managed to get her onto the platform, gather the contents of her purse, and reclaim her two rolling suitcases. Then she went her way and I went mine.”

Thanks to Zalesk and her pocket knife, this incident was generally uneventful and didn’t even make national news. But it could have been much, much worse.

There have been several incidents within the MBTA alone. In 2005, a man’s hood became entangled in the bottom of the escalator and he was strangled to death. In 2009, another woman became trapped by an escalator and died. Again, these were all in the same transit system, so it’s not as rare as you might think.

If Zalesk hadn’t been there with her knife, the trapped woman may have been too inebriated or weak to free herself. She could have ended up in the same compromising situation as the two who lost their lives.

Knives often get demonized as weapons, but let this be a reminder that knives can indeed save lives. Hats off to all those who save people from certain doom with the aid of their trusty pocket knife.