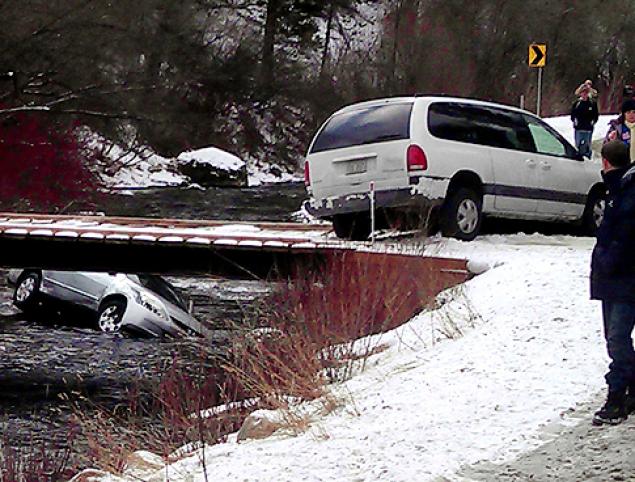 A photo from the scene of the accident.

For many people who don’t use knives on a daily basis, it can be pretty easy to dismiss them as unnecessary items to carry. Unlike a wallet or keys, a knife might not have to leave your pocket unless you need to slice open packaging or cut twine.

But there’s one other reason why everyone should carry a knife: knives save lives. Sure, this may only come about once in a lifetime, but in that single moment, you control the fate of someone else’s (or your own) life.

Over the past few years, we’ve written a series of blog posts called “Knives Save Lives” documenting the real stories of how knives have been used to save someone from certain death. One thing these stories had in common was that they were unexpected.

For example, early last year, a driver lost control of a car while going over a slippery bridge in Utah. The car crashed into an icy river, trapping three small children inside a car filling with water. The driver, Roger Andersen, tried desperately to save the kids from the vehicle, but the doors were jammed shut.

Chris Willden, a former police officer, had been driving by when the crash happened. With the father he tried to push open the door, but it wouldn’t budge. Instead of trying the same thing over and over, he though of a new plan. Here’s what happened next, according to USA Today:

Willden, who jumped into the water with his father, said he tried unsuccessfully to open windows and doors. He then used his firearm just as he had done in training for his current job as a bodyguard and Department of Defense contractor.

One of the girls had found an air pocket and was breathing fine but was trapped in her seat belt. Willden cut it with a pocket knife and pulled her from the rear passenger window. 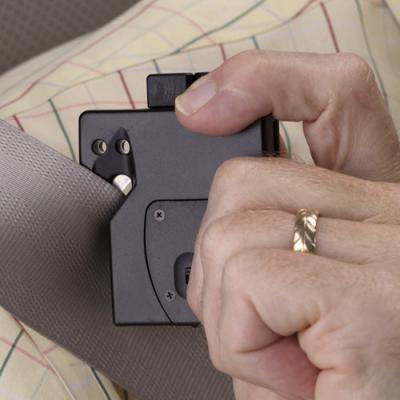 The man’s quick, selfless thinking and his preparedness was the difference maker. Without his knife, Willden probably wouldn’t have been able to cut the girl out of her seat belt.

Seat belts undeniably save countless lives every year, but they can also malfunction at times. This is an issue former New Hampshire state representative Jenn Coffey wrote about extensively in an article for Blade Magazine earlier this year. Having a knife with a belt cutter and window break, like this Assisted Opening Rescue Knife, is essential to have your car within arms reach.

All of these stories are examples of how tragedy can strike anywhere at anytime. Situations like this will undoubtedly happen again. The only question: will you be ready?

Win 1 of 4 New Schrade Knives in Our Giveaway (Ended)