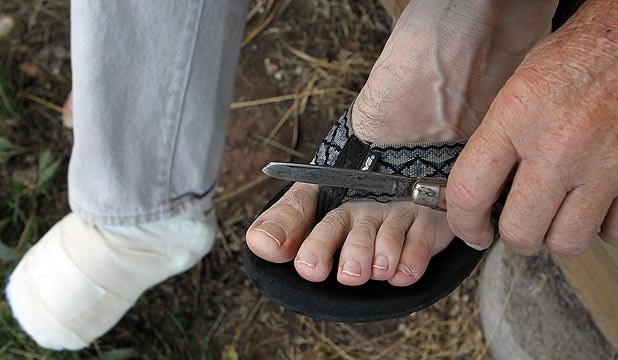 When 61-year-old John Hutt left his Colorado home on Aug. 19 for a routine retrieval of fallen trees for firewood, he had no idea of the harrowing experience he was about to face.

The semi-retired logger headed out that Friday morning at about 8 o’clock to a deserted area off a highway to break up the trees with his heavy duty machinery.

As he was detaching the trailer of his tractor-trailer, something he told the Grand Junction Daily Sentinel he’d done thousands of times, the 6 or 7 tons of metal came crashing down and pinned his foot against the rear-axle.

Surprisingly, his instinct wasn’t to wait there in hopes that someone would come along and find him. After 30 minutes of being pinned, he’d begun to plan his escape by taking actions into his own hands. He reached into his pocket and all he had was Chapstick and his reliable 10-year-old Schrade Old Timer pocketknife.

Fearing he might pass out in shock and land in a way that would cause him to bleed more, he made the decision to free himself by cutting his toes off with the knife. So, he sliced through the boot, cut through the sock and cut through his toes, stopping only to catch his breath.

The pain of cutting through bones, tendons and nerves is unimaginable, but once he was already doing it, he knew the pain couldn’t get any worse. He estimated it took him about 10 or 15 minutes to finish. 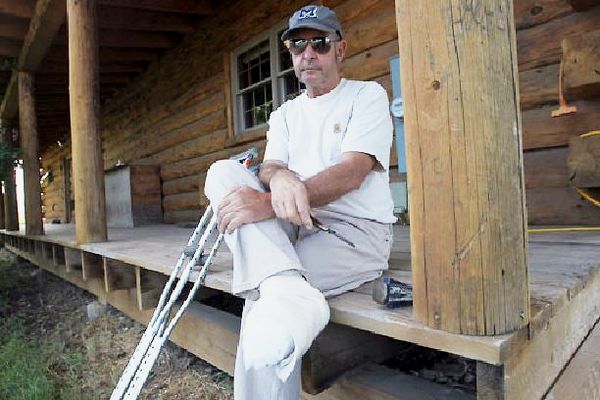 When he freed himself, he lifted the machine with a hydraulic arm, threw his severed foot into the truck and raced off. By the time he made it to the hospital in an ambulance, doctors said his foot could not be salvaged, but he would make a full recovery.

John Hutt is a true rugged logger for making the decision to cut himself loose after 30 minutes because he didn’t know how long he would have survived. Luckily, since he had his Old Timer pocketknife in his pocket and not in the car, he was able to make the decision to escape and stay alive. It’s very possible he would have stayed trapped there for hours through the night and would have bled to death.

For a man who had to cut off his toes recently, he’s amazingly unfazed and said he’s not going to change a thing about his life. That’s yet another testament of this guys manliness.

Since he’s finally speaking about his experience, you’ll probably hear more about this rugged logger.

Check out other tales of how knives save lives.

The lowdown on the hottest Gerber knives

Developing Culinary Knife Skills: How to Dice an Onion