“I have a boa constrictor stuck to my face.”

That was what one Ohio woman shouted frantically to a 911 operator last week after a massive 5 1/2 foot boa constrictor she had rescued managed to wrap itself around her neck and bite her nose.

You can hear the panic and fear in her voice as she called emergency services to get help. Listen to the full audio right here:

The 45-year-old woman from Sheffield Lake apparently rescues snakes and had rescued this boa constrictor along with another one the day before. She has 11 snakes total, according to the 911 recording.

When firefighters arrived at the scene, they found the woman on the ground in her driveway with the massive snake wrapped around her head as blood poured down her face where the snake was biting. 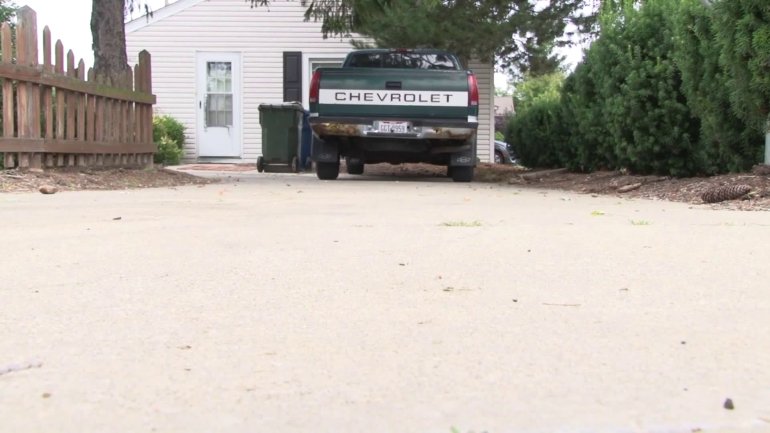 The driveway where the incident took place from WTVR News.

Despite trying to get the snake to open its jaws, it simply wouldn’t budge.

So one of the paramedics did the only logical thing one can do in this situation. He grabbed his pocket knife and cut the snake’s head off. Sheffield Lake Mayor Dennis Bring was happy with the quick-thinking of the paramedic.

“I’m just really pleased with the paramedics response and you know the thought, to think that quick to take out a pocket knife,” Bring said. “Obviously he had to destroy the snake, but he had no other choice.”

The woman was treated at the hospital for non-life threatening injuries and will likely be OK.

I’ve written more than a dozen of these Knives Save Lives posts over the past few years, but this is a first.

We’ve had people using knives to rescue others from burning vehicles, knives stopping speeding bullets, and even knives being used to fight off vicious animals like dogs, sharks, and bears. But this is the first that involved a snake. 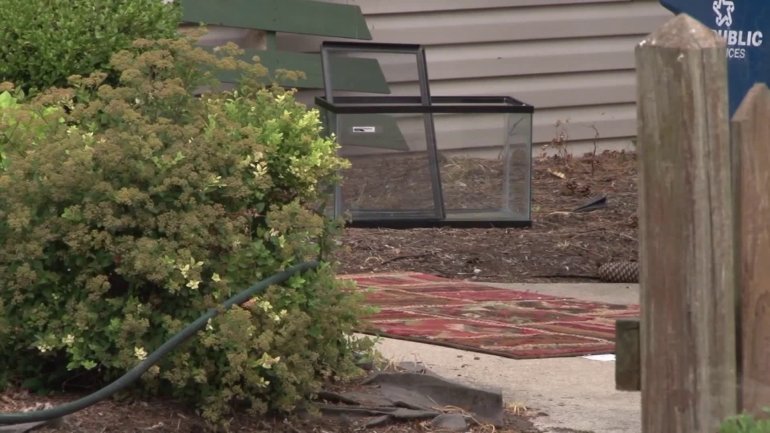 The empty cage at the woman’s house

I’m honestly not sure what other implement could have been used to rescue the woman from death — the boa constrictor would not let go and would have likely keep squeezing its body around her neck. Another tool would have been more unwieldy or clumsy or could have agitated the snake even more. A simple pocket knife was quick and efficient. It’s obviously a shame the snake had to go though.

Add this episode to the growing list of reasons why you should always carry a pocket knife. You never know when a boa constrictor will bite your face and wrap itself around your neck.