Knife Myths: Knives from China are always cheap and inferior 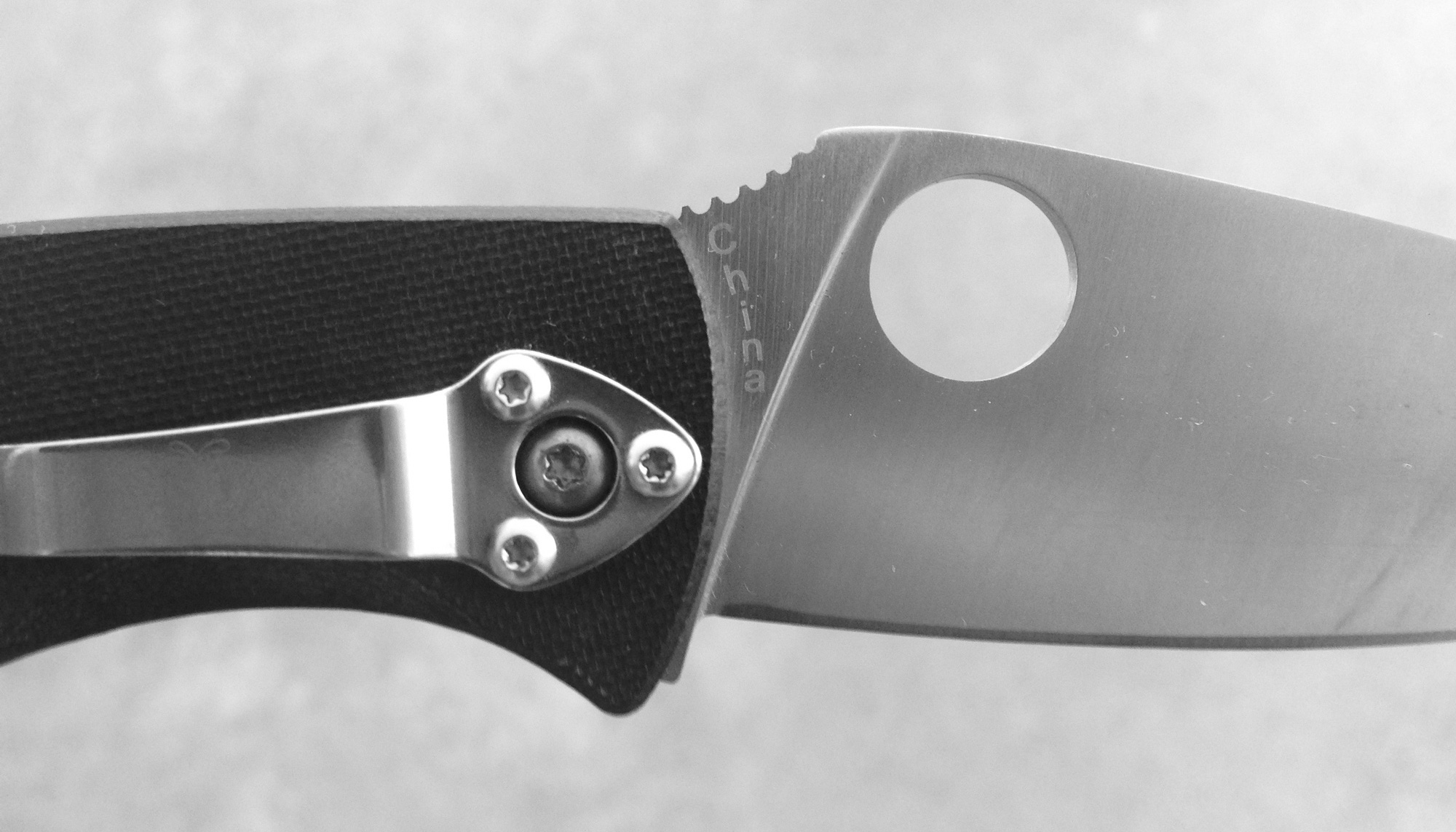 If you have a few conversations with some of the most ardent knife fans, you’ll usually come to the conclusion that all knives from China are pieces of junk. Some people won’t even look at China-made knives because nothing can beat a quality American-made blade.

Strap yourself in because I’m here to bust the myth that all knives from China are cheap and inferior to knives made in the United States.

Let me start with a disclaimer: If you only buy knives from the United States because you believe in supporting the local economy and encouraging American businesses that employ Americans, that’s fine and commendable. I can’t argue with that moral approach to things. But if you refuse to buy any knives from China because you think they’re junk, you’re simply wrong.

Why Everything is Made in China

So when did China become so engrained in our manufacturing? Let’s take a look.

The Korean War in the early 1950s (yes, we’re going back far) was essentially a proxy war between the United States and Soviet communist-supported allies like China. During the Korean War, all trade between China and the United States was frozen. This embargo would go on until 1970, when the Nixon administration began laying the groundwork to lift the ban on US-China trade. 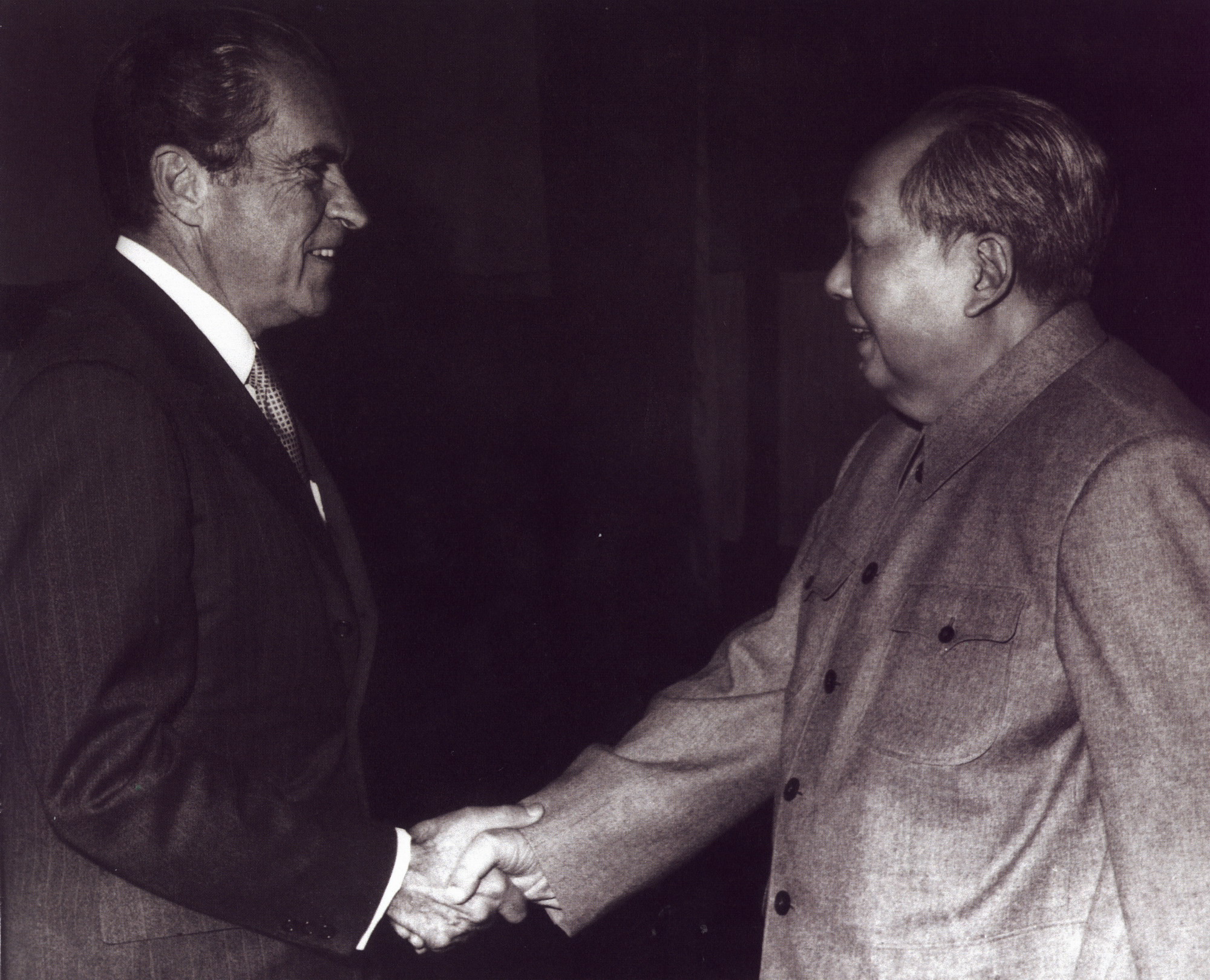 In 1972, President Richard Nixon made a historic visit to China to improve relations between the US and China. In the following years, the two countries signed agreements to improve trade.

I won’t go into too much detail, but working conditions in China give the country an advantage over manufacturing in the United States—mainly in cost and efficiency. While, yes, workers in China have historically been paid a lot less and work a lot more, China has an infrastructure that allows for the manufacturing of more goods at large quantities.

Rise of Knives Made in China 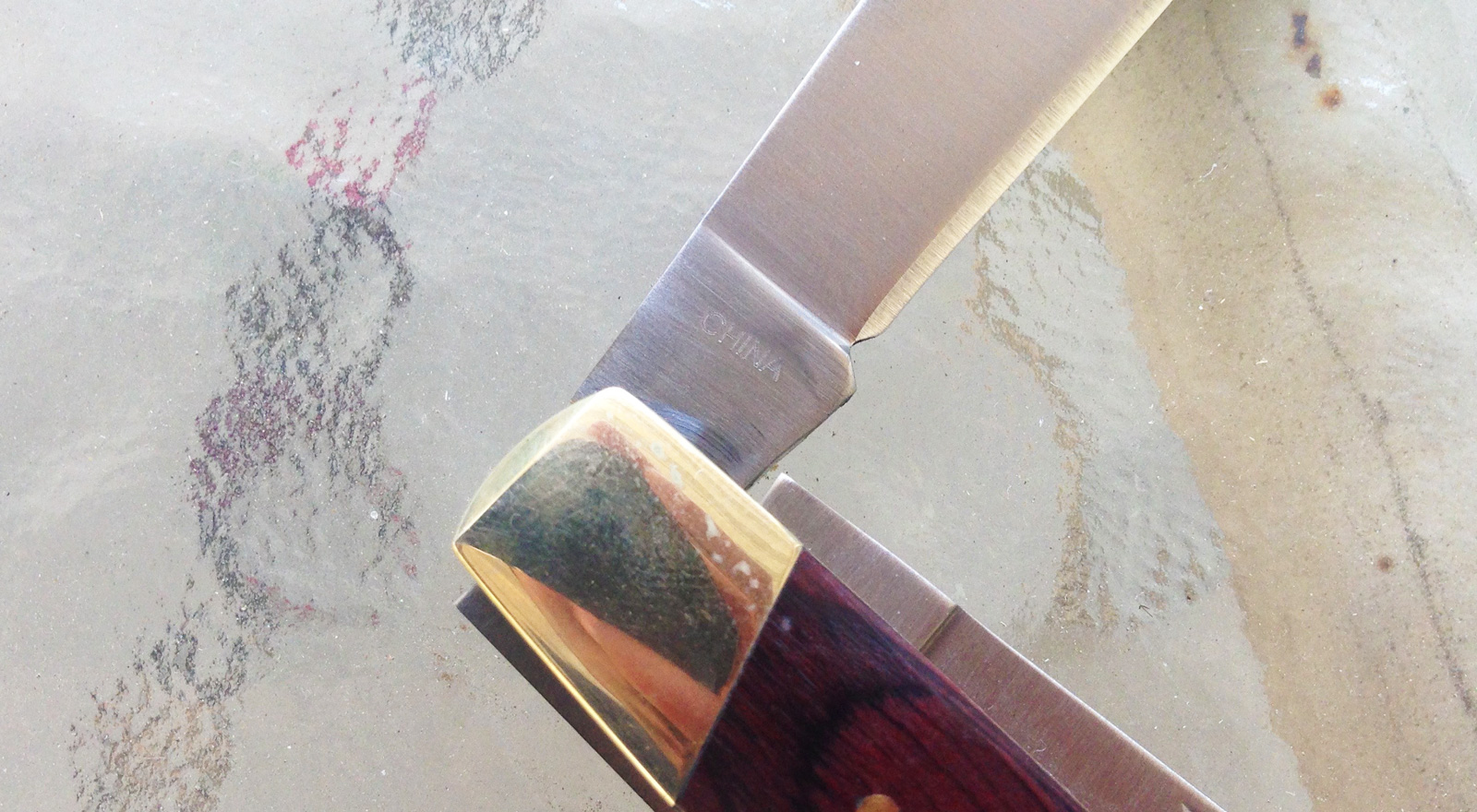 Brands began shifting over to factories in China and those that didn’t suffered. Schrade, for example, closed its doors in 2004. Taylor Brands LLC saved Schrade (as well as Uncle Henry and Old Timer) by moving much of its manufacturing to China.

(Since 2016, Schrade and Old Timer have been sold again and its new owners have brought some of the iconic knives back to US soil albeit at higher prices with the Old Timer Generational Series.)

A.G. Russell, which formerly made its knives in the United States made the switch to China as well. In a heartfelt note on its website, A.G. Russell explained the reasoning:

Like so many of my customers, I have railed against the movement of the Cutlery Industry to China, BUT it became obvious that if I wanted to stay in business I would have to produce more and more of my own designs and find a way to offer those knives at prices my customers would pay. The only answer was to find one or more makers in Taiwan and China that I could teach to make the quality I require.

Not All Chinese Knives are Junk

As I explained in the previous section, many of the most respected knife companies make knives both in China and the United States. The Spyderco Tenacious is a truly beloved knife that’s billed as a fantastic EDC—and it’s made in China too.

In fact, we could make a long list of great Chinese-made knives. Some people take issue with the fact that companies like Buck, which have a long tradition of selling knives made in the USA, have Chinese knives. These knives are typically less expensive but just as well-constructed as their American-made brethren.

Sure, there are awful Chinese knives out there you can buy at a gas station for $2.99, but no one expects great performance in those. Companies like KA-BAR have quality control departments that inspect its imported knives to ensure you get high-quality knives.

Not Your Daddy’s Chinese Knives

For that, we thank a company called Kizer Knives.

Kizer really made the scene after its Ki3404 was well-received. It’s an excellent EDC knife at a price point above $100—more than most Chinese knives but dirt cheap for its premium materials like CPM-S35VN steel and a titanium frame lock. 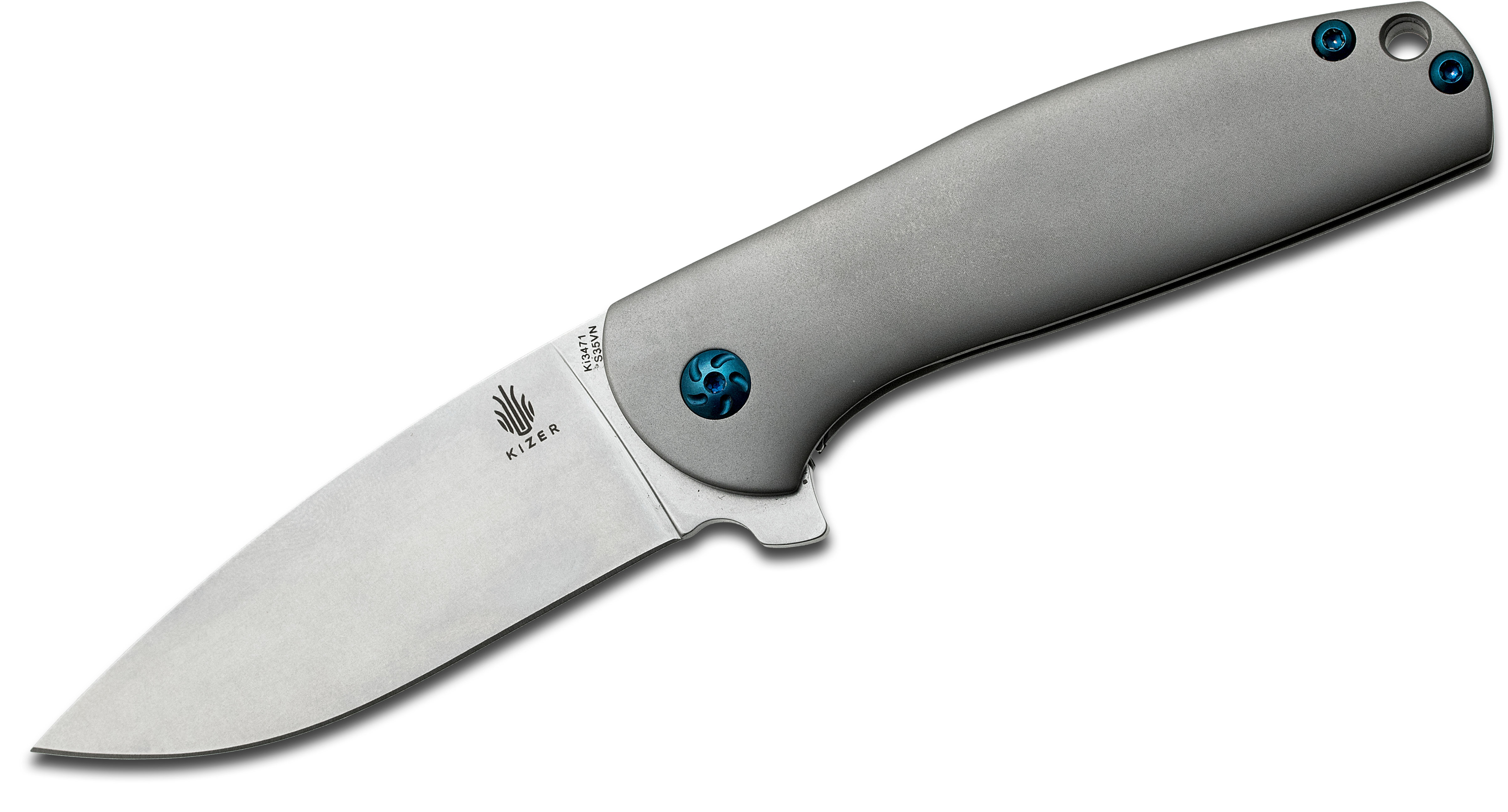 Then Kizer solidified itself as a true choice for knife enthusiasts with the Kizer Gemini. This knife is a production version of Ray Laconico’s Jasmine. Many people were arguing this knife as the knife of the year for 2015. At a sub-$200 price range, this knife holds its own against America’s finest knives. Here’s just one of the gushing reviews about the Gemini.

When this article first came out in 2016, it was too early to say whether there would be more companies from China like Kizer that were willing to focus on bringing well-constructed knives that undergo rigorous quality control.

Now we know that yes, there are many companies now with a strong reputation for quality knives. Just look at WE Knife and its sub brand like CIVIVI Knives. CIVIVI is now one of the most popular knife companies in the United States, thanks to its quality and low prices.

After all the praise for Chinese knives, it’s important to realize that—just like anything—not all Chinese knives are great. In fact, you should be wary of poorly made Chinese knives that are designed to trick consumers. Even if it’s dirt cheap, these knives should be avoided at all costs. They help fuel a black market. 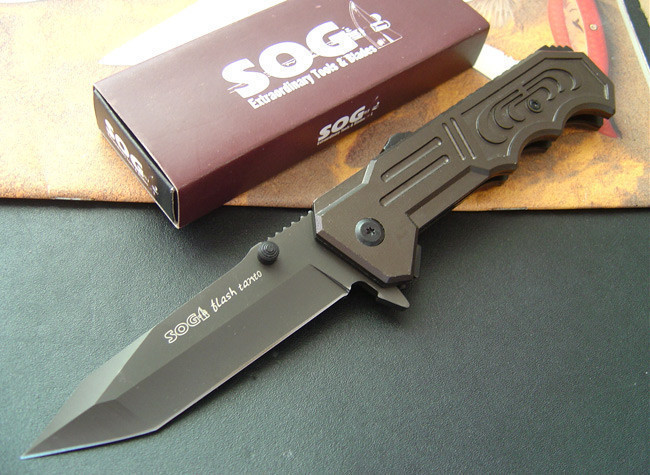 Aside from that, you will always find poorly made Chinese knives just like you can also find bad USA-made knives, whether they slipped through QC or simply have poor designs.

So for all you people out there that think all Chinese knives are junk, it’s time to start expanding your horizons and picking up some awesome knives you’re missing out on.