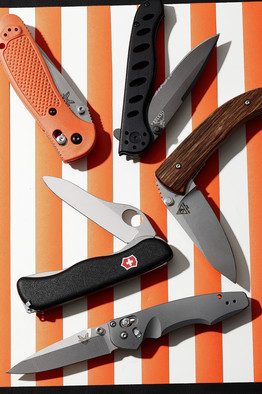 If you’re a regular reader of the Wall Street Journal, a New York-based newspaper, you probably saw this small piece on great pocket knifes to own.

The irony of this article is that all of the knives they recommended would be “falsely deemed an illegal gravity knife by NYC District Attorney Cyrus Vance Jr.,” according to the group Knife Rights.

In accordance with the recent crackdowns by the District Attorney in New York City, even knives with liner locks are considered gravity knives in certain cases.

If you’re unfamiliar with the term gravity knife, among collectors it means a knife that locks open and closed within a handle. To law enforcement, it usually means one-handed knives that open easily. NYC is notorious for having some of the strictest and broadest definitions of gravity knife and what makes it illegal.

This controversy is sparking outrage in the knife community with some, including Laird Crawford’s letter to the editor in the May 2011 Blade Magazine, calling it a “scare tactic.”

In the November 2010 edition of Blade Magazine, there was a feature on the raids that were going on in NYC and how even lockbacks and box cutters were misidentified as gravity knives.

Knives are regularly demonized as deadly weapons even though they are useful tools for a number of jobs. The fact that people use them inappropriately at times doesn’t mean the right to own a knife should be compromised.

I think this finely written column by Simon Dingle, a journalist from South Africa, sums it up the best:

Society has a curious inability to differentiate between tools and the people who use them.

"Lord of the Rings" replica swords stolen from man’s house, along with AK-47