My son is only two years old, but I’m already looking forward to all things I’ll teach him about my trade. Unfortunately, the things I work with aren’t necessarily cool. Sure, blogging and the occasional graphic design is fun, but it’s not nearly as badass as making knives.

A select few fathers and sons have traded thoughts and ideas surrounding knives, and some have even collaborated on designs.

Since it’s the time of year when fathers and sons get together, we decided to take a look at the father and son duos in the knife world. Let us know in the comments if we made any glaring omissions. 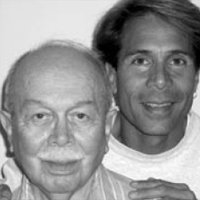 Michael, along with his father Baltazar, invented a number of items over the years, but what they’re best known for is the CRKT Ultima Fixed Blade. Michael Martinez is a sculptor, inventor, and martial artist who helped reinvent the fixed blade with the Ultima.

Here’s what Michael said at the CRKT site: “In my edged weapons training, I kept noticing how many knives didn’t feel right, didn’t have a grip that gave both control and comfort in the four fundamental tactical grips.”

His father, who was a mechanical engineer working on classified nuclear system design for the defense department for more than 30 years, contributed to the project by injecting his own design into the knife.

The result was a knife that achieved 22 out of 23 ideal contact points with its comfortable handle. Even though this father and son duo is mainly known for designing this one knife, they definitely deserve some recognition. 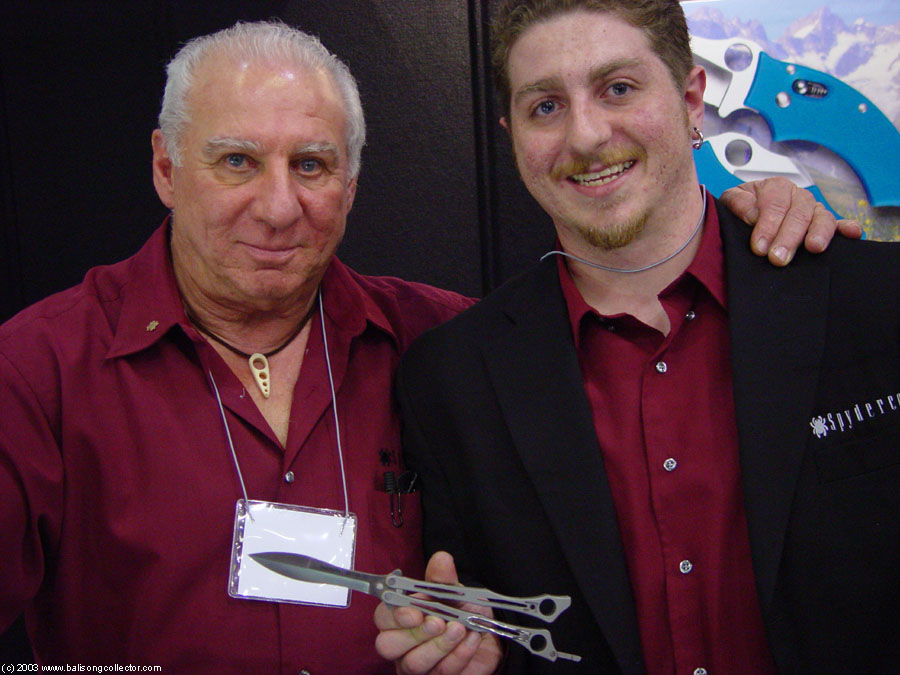 Few knife makers have brought such innovation and legitimacy to the knife world like the legendary Sal Glesser. Sal—the founder of Spyderco—not only pioneered features like the pocket clip, serrations, and ambidextrous opening hole but he’s also a very down to earth guy. You can find him frequenting knife forums and answering people’s questions with honesty and modesty. He designed the Delica, Endura, Military, Persistence, and many others.

With a dad like Sal, you’d think it’d be impossible to come out of the shadows of such a giant, but Eric Glesser has proven himself a formidable figure in the knife world. Eric Glesser followed in his dad’s footsteps in more ways than one. He’s injected the same uniqueness and philosophy of Spyderco into his owns knives, which include the Tenacious, Manix 2, and Dodo.

You can read more about Spyderco and the two Glessers at our in-depth Spyderco guide. 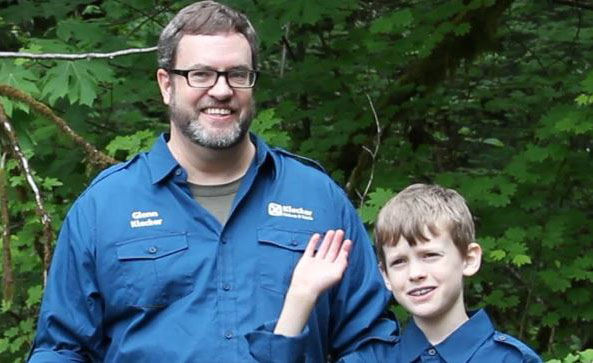 Klecker Knives is a collaboration between Glenn and Nathan Klecker, who share a passion for knives. Glenn is a Marine vet who started making knives after returning home. He designed a few knives for CRKT, such as the Klecker NIRK Novo and Graphite.

And his son Nathan isn’t even a teenager yet, but he’s already made his own unique impact on the knife world. Nathan came up with the idea for a pre-cut, easily assembled softwood knife kit, which CRKT picked up as Nathan’s Knife Kit, and then later the plastic knife kit. Both of these, designed with the help of his father, are made to help younger kids learn more about knives and knife safety.

Although he’s still young, we anticipate a nice career in the world of knives for Nathan with the help of his dad. 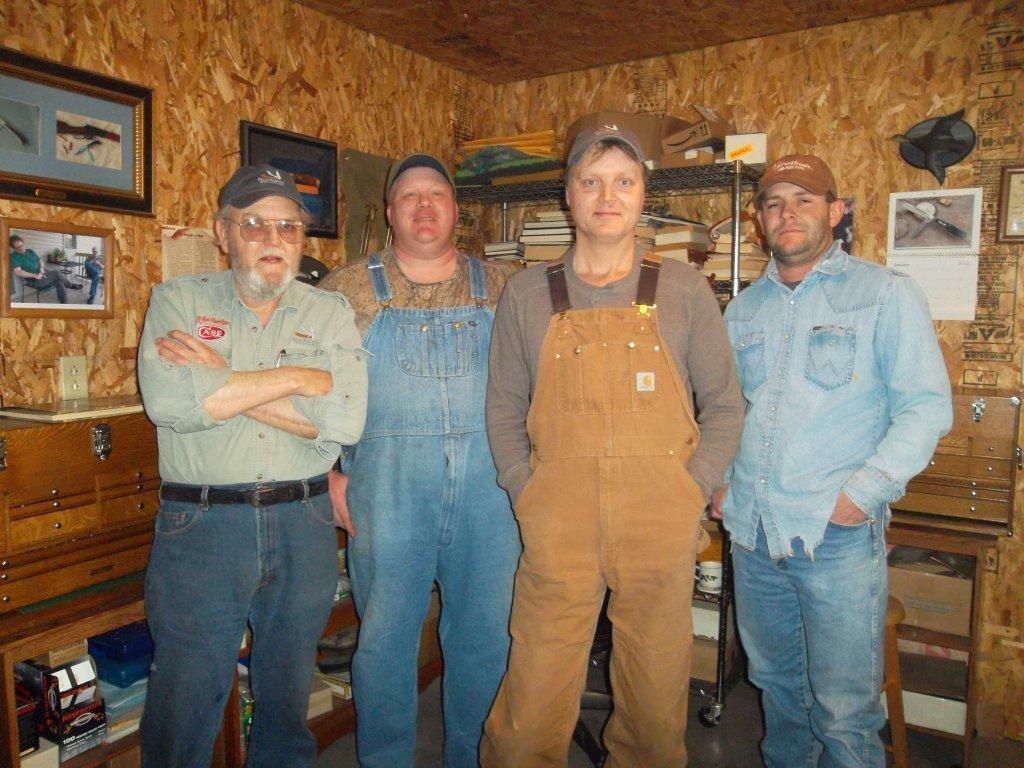 Tony on the left and Reese third from the left. Image from menefeeknives.com

Tony Bose started making knives back in 1972, after repairing knives for some extra cash. He seems like a humble guy. Here’s an excerpt from an interview he did with VSalon a few years back: “I attended the Blade Show in 1989 and everyone seemed to like my knives and I sold them all. I left carpentry and I’ve been at it since.” He’s done a lot of collaborations with Case, and his knives are sought after, even though he doesn’t take orders anymore.

Reese is Tony’s oldest and followed in his father’s footsteps without much prompting. According to the Bose Knives site, he established a knife sharpening business in third grade. Tony taught him everything he knew, and Reese has been making knives since 1993.

As far as I know, they haven’t done any collaborations together because their designs are very different. Reese Bose quickly made a name for himself and has quite the backlog. 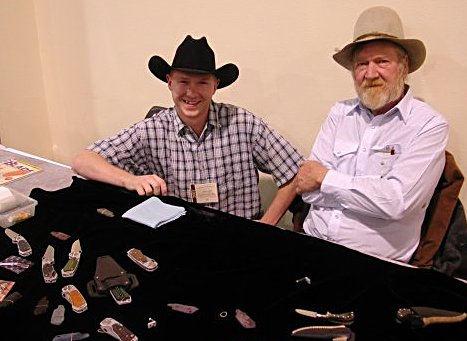 The Hawks in 2001. Image from mitchlum.com

The Hawk father and son team has been making knives in Idaho since 1995. Grant and Gavin have been some of the most prolific knifemakers, traveling successfully in both the custom knife-making world and design world. They’ve done collaborations with Kershaw knives and even won the Overall Knife of the Year Award at BLADE Show 2010 with the Chris Reeve Ti-Lock.

The Hawks are known for their innovations with knives like the D.O.G., Beetle, and Cyclops.

You can find out more about their knives at the G&G Hawks website. 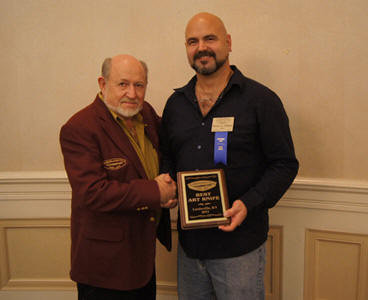 Gil Hibben is one of the select few to be inducted into the Cutlery Hall of Fame at the BLADE Show and is probably best known for his take on the Rambo knife, but the man is much more than that. His knives have appeared in countless movies and has the skill to bring some of the most amazing and difficult designs to life. Just take a look at some of the fantasy knives designed by Paul Ehlers and made by Gil Hibben.

Hibben has a son named Wesley and when you have a dad who’s the president of the Knifemaker’s Guild, you’re going to learn a thing or two about making knives. Wesley Hibben has come into his own right with a bevy of great designs, including fantasy knives, hunters, and more. Gil and Wesley have even collaborated on a few knives, such as the Hibben Legacy series. 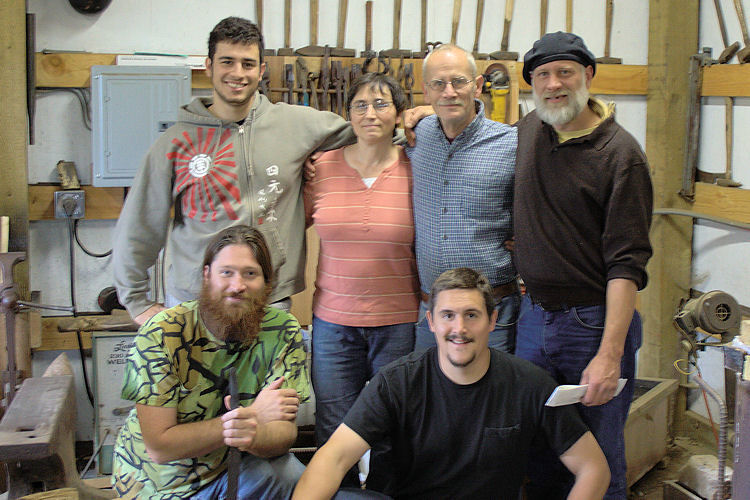 Gabriel is top left with Michael third from the top left. Anna Bell, who works at Dragonfly Forge as well, is between them.

Michael Bell has an interesting story  where he lived in California, Japan, and Mexico and apprenticed for five years under Nakajima Muneyoshi. He learned the skills necessary to create a sword and quickly gained a passion.

He moved with his wife and young son Gabriel to rural Oregon where they established Dragonfly Forge. Gabriel eventually learned the craft from his father and became a wordsmith and cutler. He was even featured on History Channel’s Forged in Fire. 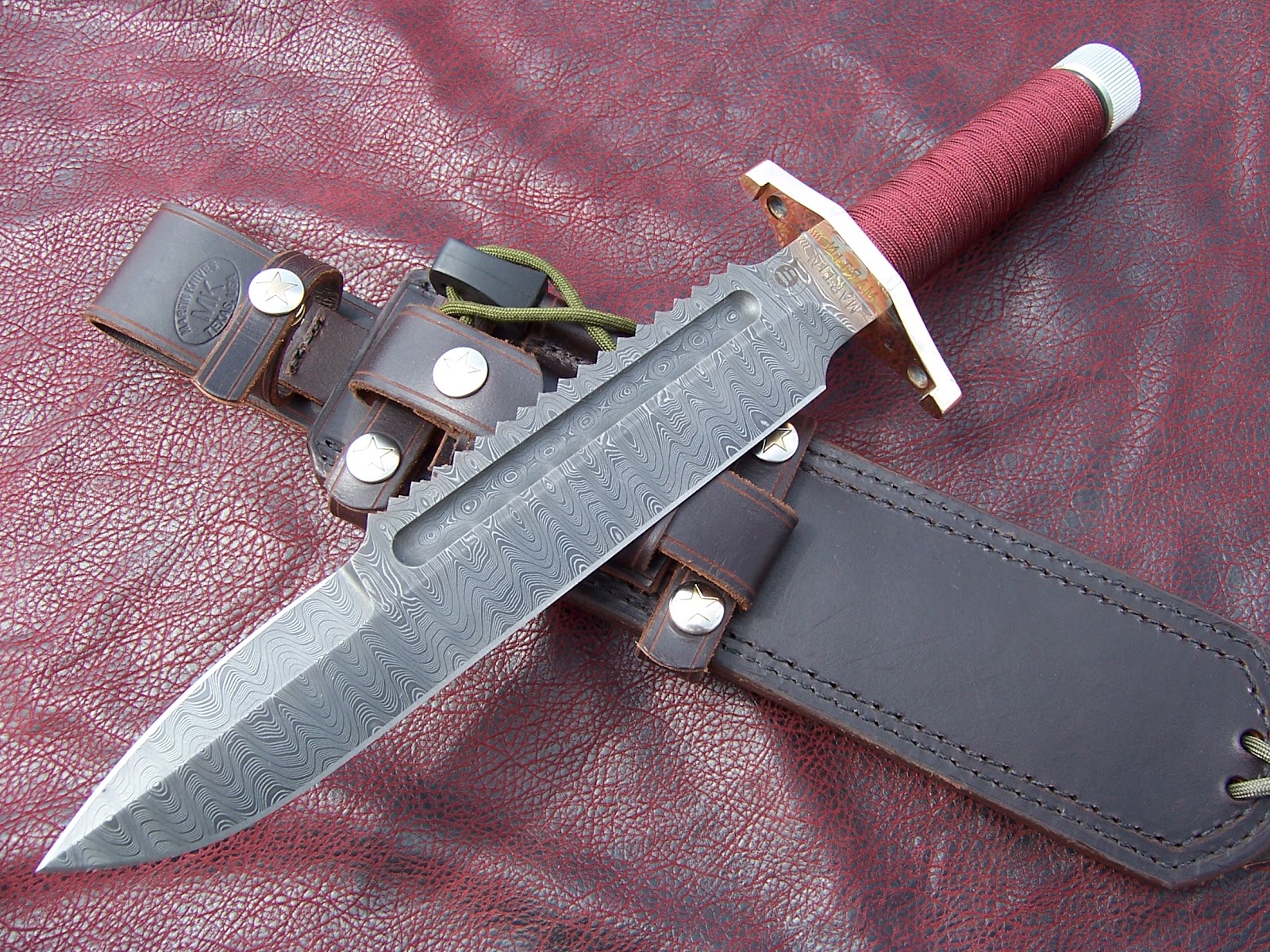 I wasn’t able to find much about the background of father and son duo Ed and Newton Martin but they run a  small family business called Martin Knives. They’ve worked on a few knives for Boker. Newton designed the Boker Espina, the Boker Plus K-Bit, and the Boker Plus Apparo (to which Ed also designed a custom sheath). https://credit-n.ru/order/zaymyi-oneza1m-leads.html