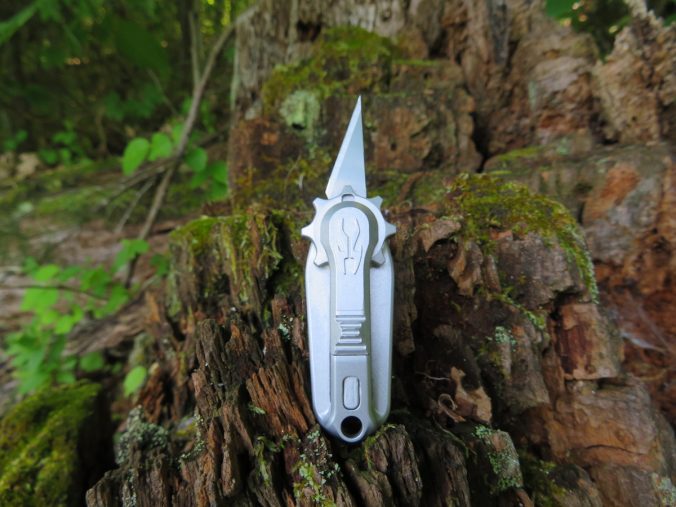 Utility knives — those knives with replaceable blades — are nothing new. Workplace utility knives have been around for decades and are often found on job sites. But, more designers are starting to focus on making everyday carry versions of the utility knife.

A few weeks back I covered the Maker Knife utility knife launched on Kickstarter and this week it’s the Everyday Blade by Korcraft.

Shane Korthuis, founder and designer of Korcraft, contacted me when the project first launched on Kickstarter on June 24 with a press release.

He touts the Everyday Blade as the “world’s smallest folding utility knife that fits 12 types of blades.” While that qualifier may be true, this is hardly the first EDC utility knife. But does it hold its own against some of the others? Let’s take a look. 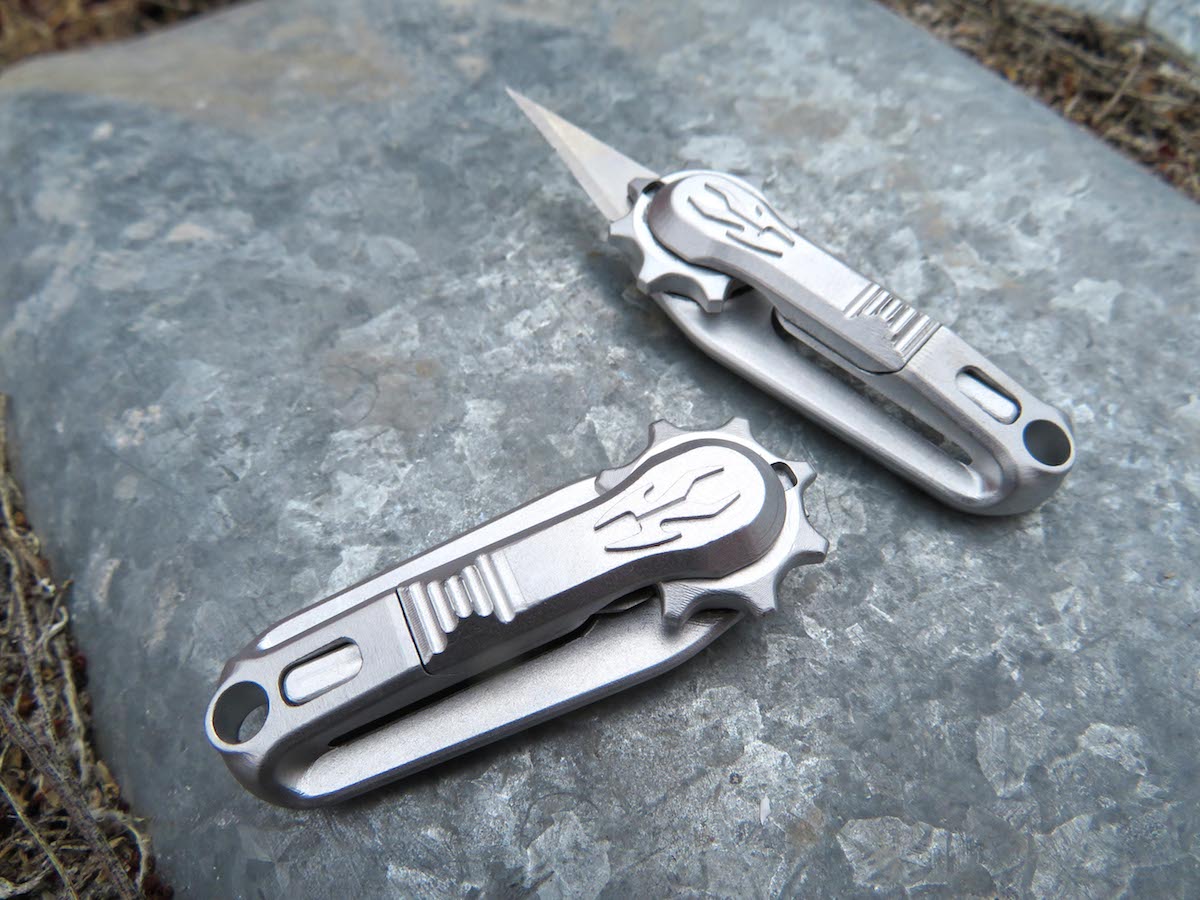 The Everyday Blade is seriously tiny. It weighs less than an ounce and is about two inches long when closed. The whole thing is about the size of a house key but is decidedly thicker at 0.82 inches.

Unlike the more simplified look of a knife like the Maker Knife, the Everyday Blade appears to have a more robust external appearance. It has thumb grip texturing along the front (which also doubles as some branding with the Korcraft logo). There is a slider that locks the blade open once you turn the wheel to reveal the blade. 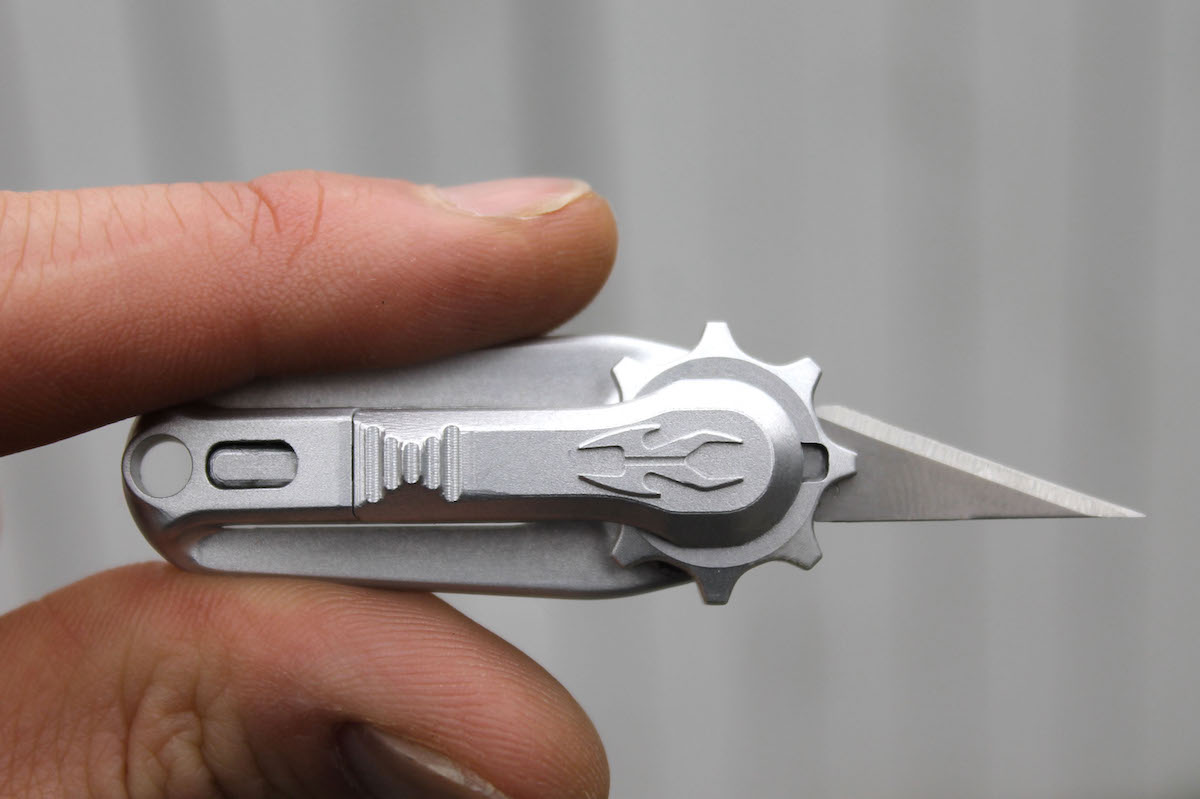 The Kickstarter campaign calls it a slide lock and/or a frame lock, but it was a little unclear just how it works. So I reached out to Korthuis who responded with this:

The slider (the part with the grip feature) is pushed up towards the wheel (the part that looks like a gear) and that disengages the tabs to allow the wheel to rotate.  The slider has the male part of the tabs and the wheel has the female.  In the pictures you can see a small cutout on the wheel where one of the tabs lock in place.

I believe there is a spring that pushes the slider on the front closed. To open, you have to push up the slider to help it disengage from the cutout. When the blade is completely engaged, the slider pushes back into a second cutout. Then the same motion of pushing up on the slider is needed to close it.

One of the cool things about this knife is that it uses the No. 11 blades, which are much smaller than the typical blades you find in box cutters. You can get those from anywhere but I believe the other 11 types of blades that this knife holds are from Korcraft. These can be easily replaced with the help of a key or coin. 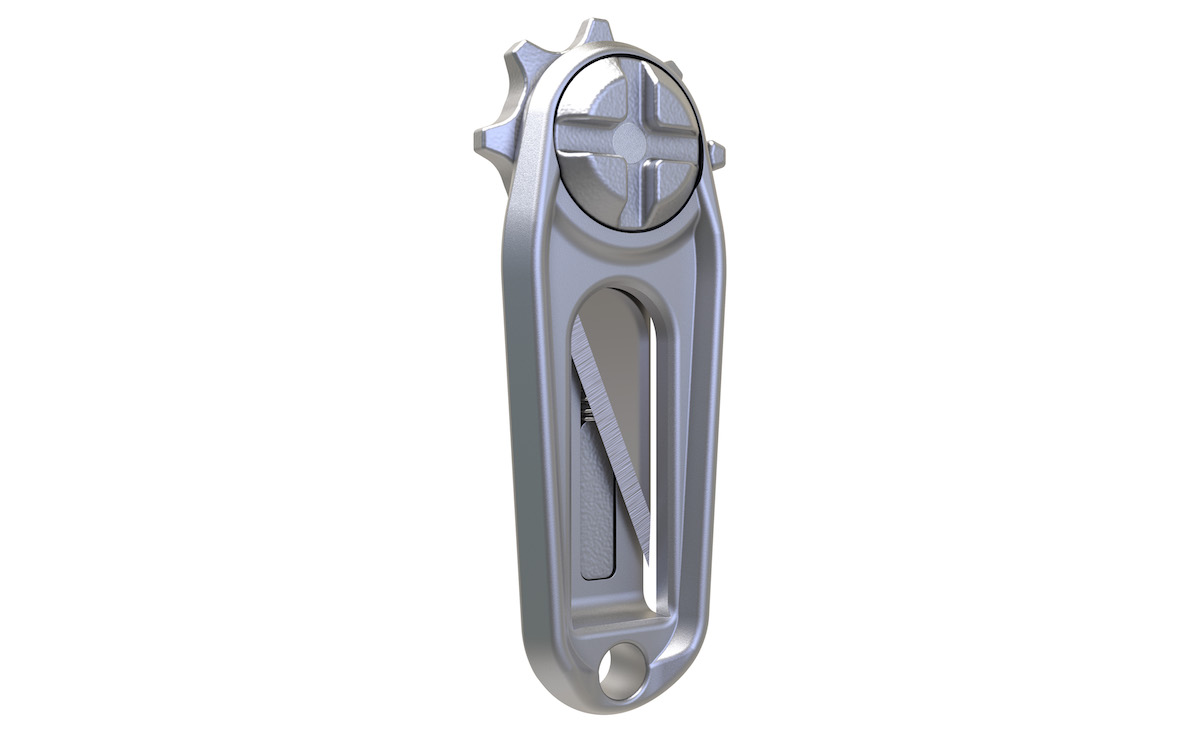 My biggest concern about the knife is there is a blade viewport that shows the exposed blade within the handle. Korthuis says that the viewport is too small to fit any fingers so it’s not a big deal but without actually holding it I couldn’t say for sure if it’s going to be a problem.

A pocket clip, which only unlocks if the funding reaches a certain point (more on that later), would solve this issue.

Why a Utility Knife?

The makers of EDC utility knives are all trying to solve a few problems present in traditional pocket knives.

Here’s what Korcraft is trying to fix:

“Standard pocket knives are bulky, require constant maintenance to keep a sharp edge, and are overkill for most tasks,” Korthuis says in a press release. “The Everyday Blade solves those problems and more.” 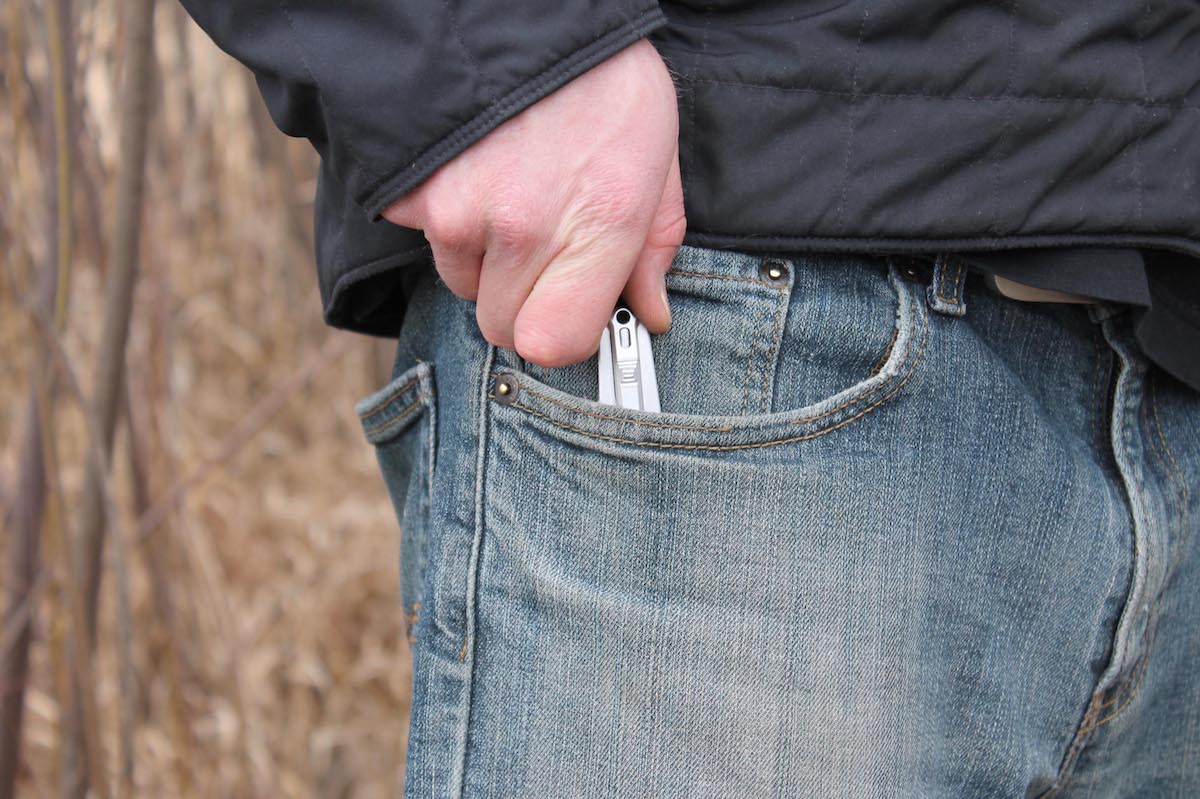 Most standard pocket knives are in fact a bit larger, but one of the real benefits of a knife with a replaceable blade is the lack of maintenance and being able to have a keen edge at all times. Many will rightfully argue that a pocket knife can hold an edge for a while (especially those with better steels) and become sharp again with a little sharpening, but these are usually just so much easier.

There’s also the added benefit of being able to throw the blade away if you forget to take it off your keychain at an airport — rather than trying to sneak it on a plane (don’t do it!).

The Everyday Blade campaign launched June 24 and ends September 4. The initial goal was for $25,000, but as of publication, nearly 1,000 backers have pledged more than $35,000 to back the project. This means the project is greenlit no matter what. 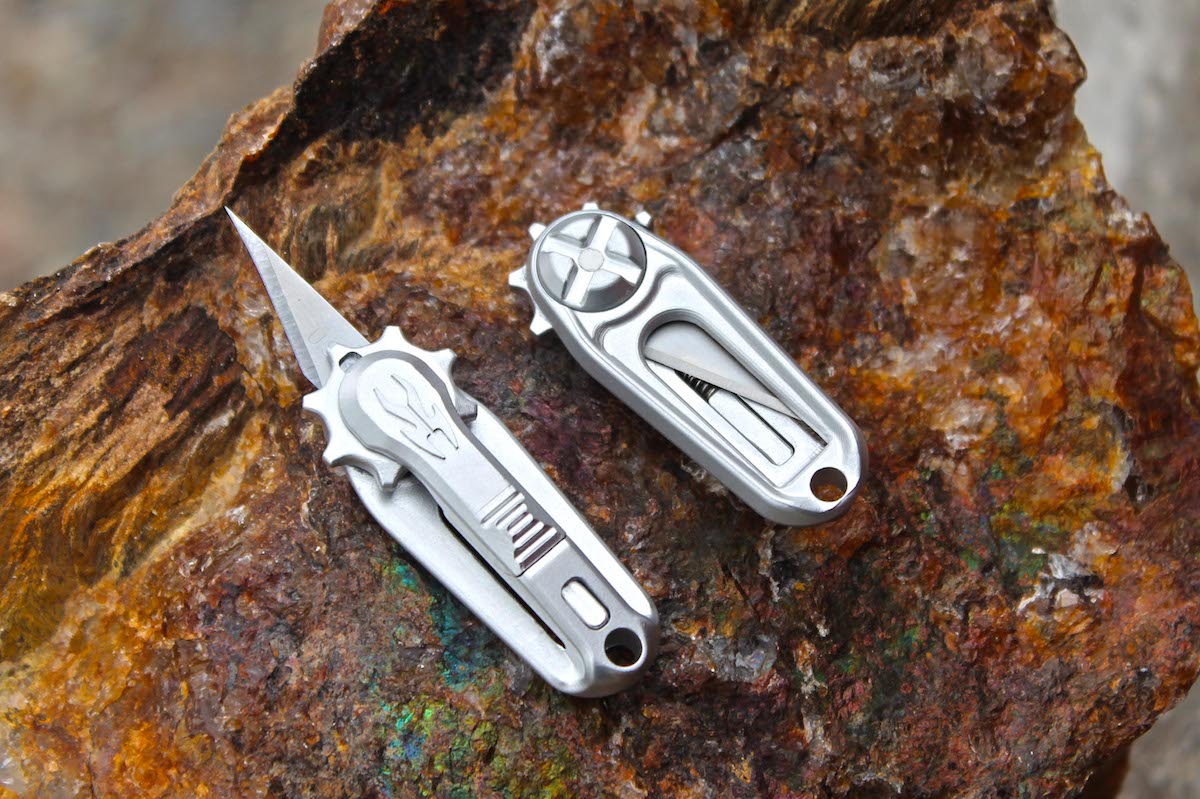 For only $15, you get a lot while helping a newer company get its footing. However, for under $10, you can also get a Kershaw Cinder that weighs the same and is just as small with a bottle opener. It’s just a matter of preference and what you want in a knife.

Once the project ends on September 4, the estimated date to receive the knife is February 2019. You can fund it here.

As always, I’ll give you more details if I get one in my hand.

‘Overall Knife of the Year’ Winners at Blade Show Since 1984