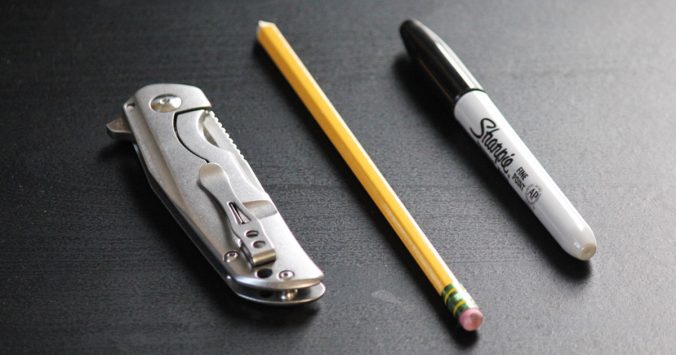 What is Lock Stick and How Do You Fix It?

It’s happened to almost all of us.

You get a brand new framelock folding knife in the mail and eagerly engage it. Everything seems fine as the knife opens smoothly and effortlessly. But, just as you’re closing it, you notice the framelock is extremely difficult to disengage.

This is known colloquially as lock stick.

Unfortunately, it’s an all-too-common issue in framelocks and even liner locks. The good thing is that there are several ways to go about fixing it.

In the most basic terms, lock stick is when a framelock or liner lock feels sticky when trying to unlock it. This makes it more difficult and sometimes even painful to disengage.

That’s the definition of lock stick, but what actually causes the major knife annoyance?

The cause of the issue is multifaceted. One of the reasons has to do with the lockbar material and the blade steel. Lock stick happens most prominently in knives with titanium handles because titanium is susceptible to galling and tends to stick to dissimilar metals.

For example, if you have a titanium lockbar contacting with the tang of an S35VN blade, they have the tendency to stick to one another. That’s why this issue isn’t reserved only for budget knives but also affects pricier ones.

This essentially boils down to microscopic metal-on-metal friction. 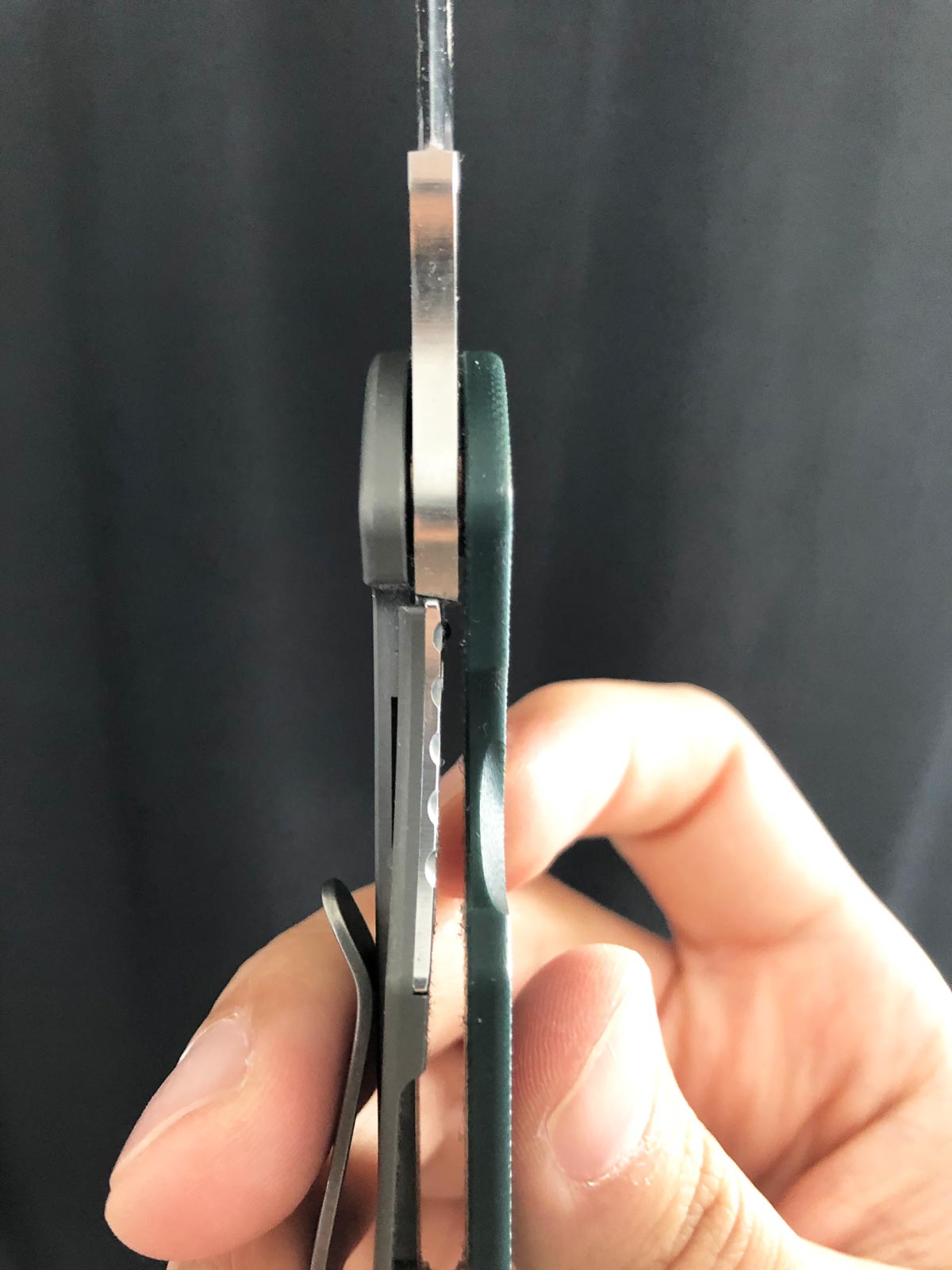 Spyderco Brouwer like many modern knives have lockbar inserts to prevent lock stick.

Another is the actual lock geometry. There’s a delicate balance between just how much a lockbar should interface with the tang of the blade. In some cases where too much of the lockbar is touching the blade tang, it could cause lock stick. Knifemakers have to find the right amount and sometimes they get it wrong.

Some have also said the amount of tension on the lock is another cause of lock stick.

If the tension of the lockbar is too high, it will want to wedge itself against the tang a bit too much. Some people refer to this as lock stiffness rather than lock stickiness, but I believe it falls under the same purview.

Finally, a very common reason for lock stick is the presence of oil or dirt on the surfaces of the lockbar and blade tang. This type of lock stick develops over time, mostly from regular use as stuff gets stuck to the surfaces.

This YouTube video goes into a bit more detail about some of the factors.

How to Fix Lock Stick

Now that you know what it is, let’s get onto actually fixing the issue of lock stick.

There are a few methods that have worked for different people, so I thought I’d break them down a little bit more.

Clean the Tang and Lockbar Surfaces 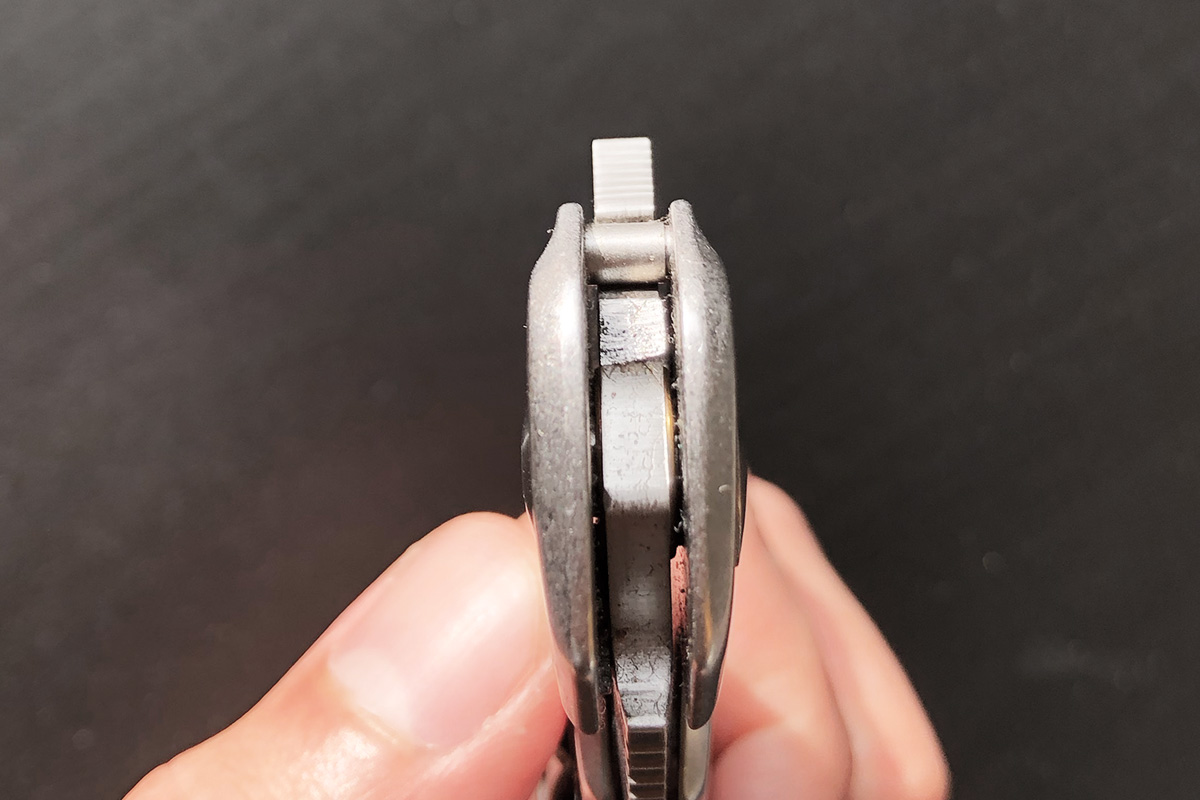 As I said before, a common reason for lock stick is dirt or residue on the tang of blade or the surface where the lockbar makes contact with the tang.

An easy way to fix this lock stick is to give these surfaces a good clean. If you want to give it a thorough cleaning, I highly recommend taking it apart so you can really clean the lockbar. But you can also put some rubbing alcohol or other preferred cleaner in while the knife is closed.

This alone will oftentimes fix the issue, particularly in older knives. 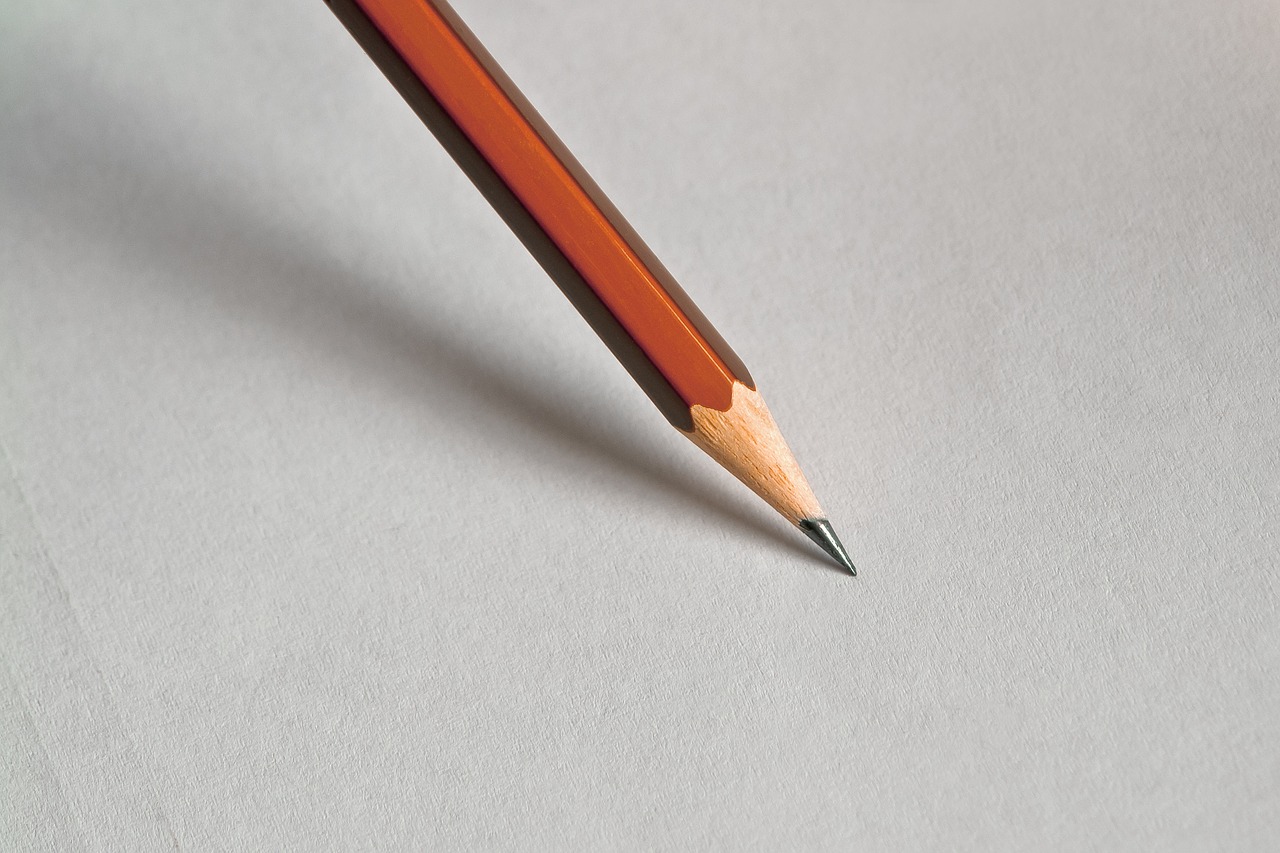 If cleaning it fails, there’s the old pencil method. This involves taking a classic No. 2 pencil and coloring the lock face of the tang and the lockbar face.

The writing part of the pencil is actually graphite. What this does is lubricates the surfaces of the lock to help reduce the friction from galling. You don’t want to overdo it, of course, because it could cause lock slip.

This can be a temporary solution that requires reapplication after a while. However, it will make it easier to break in the lock and you may need to apply graphite less frequently over time.

This works the same as the pencil method, except you use a permanent marker on the lock faces.

Some people swear one works better than the other. I tend to go with the pencil because the Sharpie is bolder and can ruin the aesthetics more.

Again, you may need to reapply the Sharpie after a few uses. 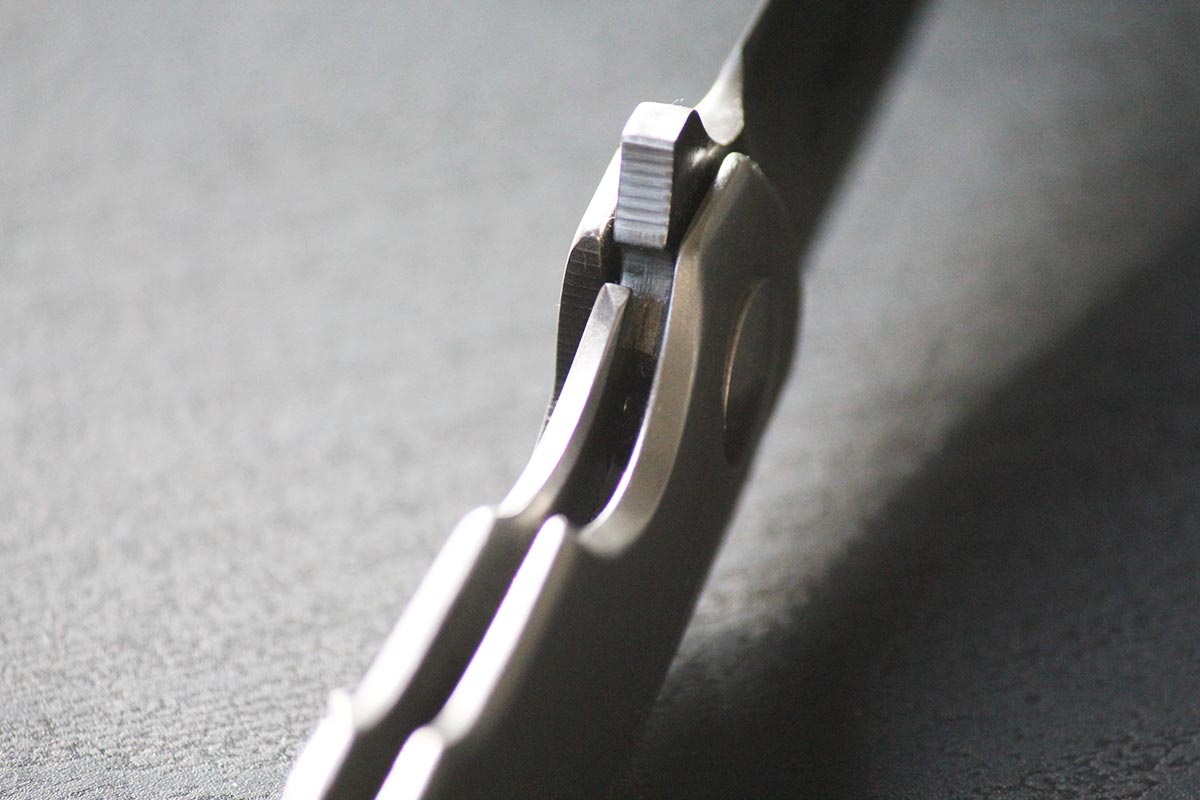 If you don’t want to put anything on the lock faces, you can break it in the old-fashioned way: with a lot of opening and closing. In some cases, simply opening and closing the knife will reduce the friction of the metal and essentially cause some polishing of the surfaces.

The major downside is the sheer effort it takes to do this. Without some substance to soothe the issue, the lock stick can shred your thumb after a few times trying to close it.

Another thing some swear by is anti-oxidant compound commonly used by electricians.

This type of substance, which can be found at your local hardware store or Home Depot, is specifically designed to reduce galling in metals.

Unlike the pencil and Sharpie method, you don’t need to reapply this too many times. Just use a small amount.

Here is Nick Shabazz talking about it a few years ago:

I haven’t heard Nick mention this stuff again in recent videos, so that might not be the best endorsement.

In many cases, knifemakers will carbidize the lockbar face to help minimize lock stick and provide an extra layer of wear resistance.

However, not all titanium framelocks are carbidized. If it’s not, you can send it to someone to get carbidized. I don’t recommend doing it yourself unless you have extensive experience in knifemaking. But if you’re at this stage of desperation with a new knife, I suggest moving onto the final recommendation for fixing lock stick.

If your new knife has lock stick, don’t be afraid to send it back. This is especially true if you bought a knife that cost more than your first car. While it could just need time to break in, you shouldn’t always have to do it on a knife that’s so expensive.

Even if the knife is budget-friendly, you shouldn’t have to stand for a lock stick. Use your right as a consumer to get the knife you want.

Let us know your recommendations in the comments.

Boker Plus Kwaiken – Badass Knife of the Week