UK Looking to Ban the Sale of "Zombie Killer" Knives

It’s a well-known fact by now that the UK is cracking down on knives, but police officials across the pond are now taking aim at a specific type of knife: zombie killer knives.

“Zombie killer” knives or, as we like to call them, zombie apocalypse survival tools are a genre of knives that many consider novelty items. Apparently, local gangs are using these knives as status symbols or for intimidation.

Here’s more from the Independent:

Sales of so-called “zombie killer” knives, serrated weapons with long blades inspired by horror films, have led to calls for a crackdown on the marketing methods of online vendors who sell them as collectors’ items to “exterminate the undead”.

But police forces have become so concerned at the potential proliferation of the knives in big cities that steps are now being taken to introduce an outright ban on the weapons.

If you still don’t know what we’re talking about, check out this Zombie Killer War Blade Set—a best-seller here at Knife Depot. 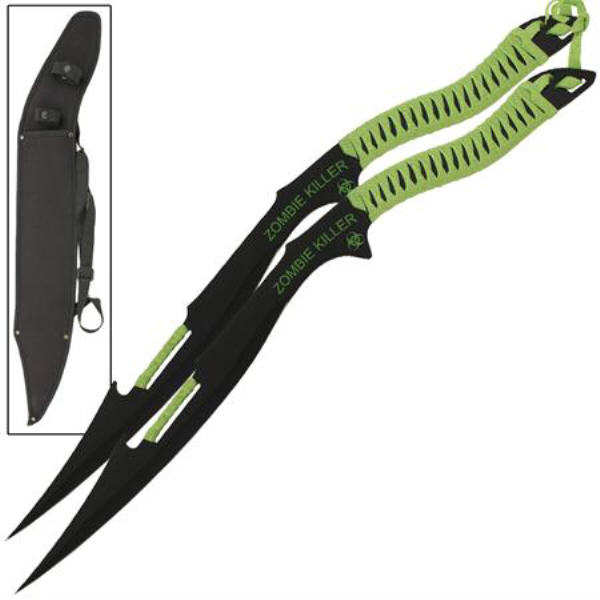 So those aren’t exactly the type of knives that are functional or designed for anything else other than collecting and showing your buddies. However, zombie survival tools can be quite useful for more than just “decapitating zombies.”

Take most of the zombie knives from KA-BAR for example. The KA-BAR Swabbie is advertised as a zombie knife, but it’s actually a well-built and functional tool with tons of great reviews. You could take it out camping or use it for bushwhacking. It even comes with black handle scales if you want to tone it down a bit. If UK police officials get their way, this tool would be completely banned. 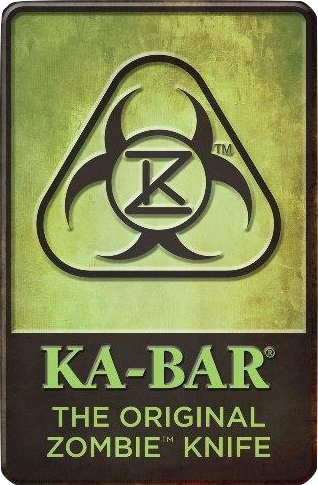 In case you didn’t know, carrying pretty much any knife in the UK is illegal, but this new ban would make it illegal for places in the UK to sell these zombie knives.

It’s difficult to say whether it would only target knives with neon green handles or knives that look intimidating. Are Rambo knives next? What about all serrated knives?

While knife crime is definitely a problem in the UK, it’s important to consider two things:

First, you can’t ban all knives unless you are resigned to the fact that you’ll have to pick up your meat and eat it like a savage or have to settle for eating whole potatoes because there’s nothing to cut it in two. According to the Daily Mail, a silver kitchen knife was possibly used as a weapon in a recent case, so it’s not just the zombie knives.

Second, even if you did ban all knives, violent or disaffected people will find other things (bats, hammers, golf clubs, scissors, etc).

I’m not saying I have all the answers, but looking at the root of the problem and finding solutions for the disaffected youth or improving job opportunities in poorer neighborhoods is a vital step in reducing all crime. Demonizing knives and wasting time thinking of new genres of knives to ban is only ignoring the greater problem.

Besides, there’s always a small possibility that the dead will rise from the ground and start eating the living. What would we do then? Probably this.

Cold Steel Sure Balance Thrower – Badass Knife of the Week