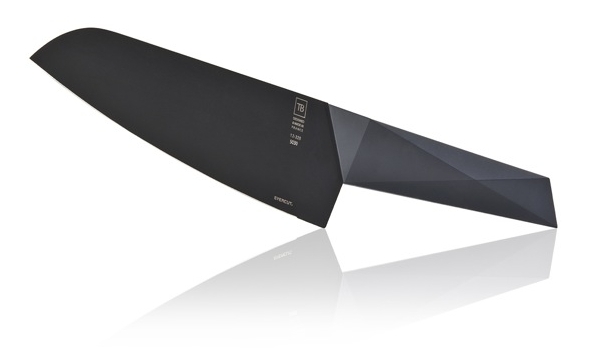 You’ll never get far in life if you don’t harbor a healthy dose of skepticism, and it’s only natural for your skeptic senses to tingle with a claim like only having to sharpen a knife every 25 years. But that’s what a company called TB Groupe claims of their knives.

Although the Furtif knives in the Evercut series — which consists of a Chef’s Knife, Santoku Knife, Kitchen Knife, and Paring Knife — look like they could easily be something found in a cave thousands of years ago, these hyper modern kitchen knives boast some pretty impressive specs.

They feature a geometrically unique handle (that almost looks like a folded up Cardsharp) in a “stealthy” deep gray.

Despite the fantastic claims of staying razor sharp for a quarter of a century, the knives do show an effort to make something new and innovative, which always gets points in my books. 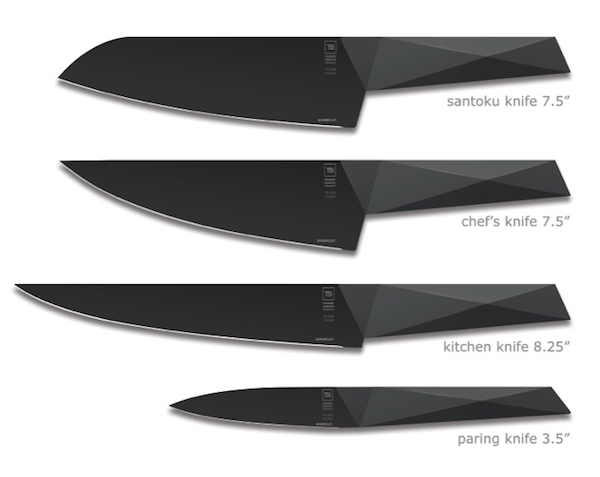 I haven’t had the chance to hold one of the knives yet, but the handles don’t look comfortable, especially if you’re a chef who wields these knives for hours on end. But a review in Previous Magazine from a few months ago claims that it is.

With a grip as complex and geometrically sublime as the Furtif’s, one may assume that it would be uncomfortable, but surprisingly the reality is different. The handle feels fantastic in your hand thanks to the matte plastic, even for the long jobs and the weighting is good enough for it to feel like an extension to your own hand, so if you enjoy feeling like the culinary equivalent of Johnny Depp as Edward Scissorhands then this isn’t a knife to miss out on, especially with the brilliant balance between the blade and tang.

I can’t attest to the impartiality of the review, but it does sound pretty positive, which is somewhat reassuring.

For staying sharp for 25 years, the knives are relatively affordable with the paring knife $78 and the rest $138. I’ll set myself a reminder to check out some more of the reviews in 2039 to see if the knives actually do keep their edge. 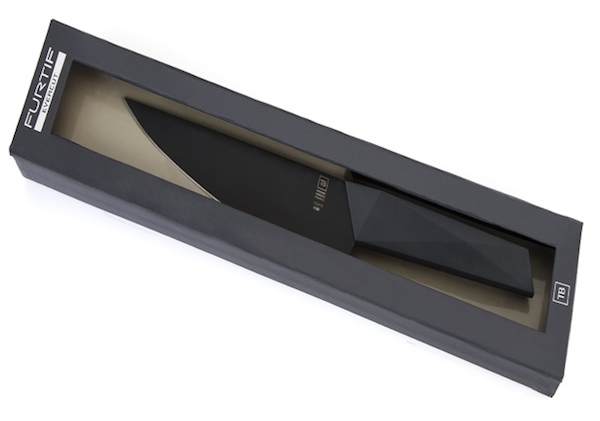