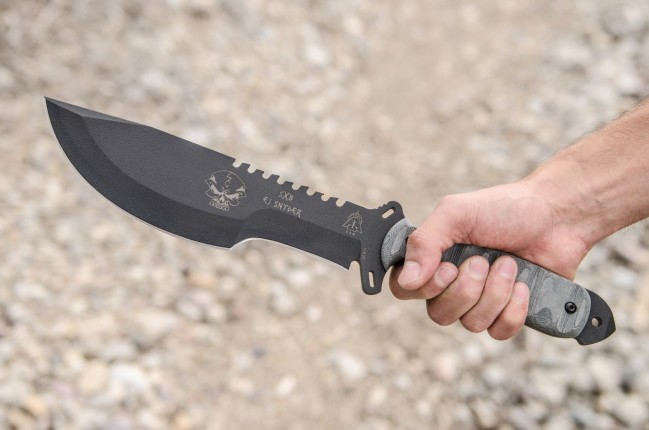 On Discovery Channel’s show “Naked and Afraid,” survivalist EJ “Skullcrusher” Snyder survived in the wilderness (without any clothes, of course) on nothing but his (and his partner’s) wit. He did this in two intense stints on the show: one on the plains of Tanzania’s Serengeti and another in the Amazonian rainforest.

Snyder is more than just a dude on a reality show; he trained in the Army Survival School and became obsessed with all aspects of survival. Now, the Gulf War veteran has teamed up with TOPS Knives to bring Skullcrusher’s X-Treme Blade (SXB).

Here’s a description of the SXB from TOPS:

“Skullcrusher’s Xtreme Blade” (SXB) was designed for the Warrior Survivalist to aid in their survival not only in the wild, but on the battlefield as well. Xtreme Situations require an Xtreme Blade, and the SXB meets that demand and then some! Why play in the wild when you can DOMINATE it!!!

Yeah, buddy! As you can tell from the description (and several exclamation points), TOPS is pretty enthusiastic about this knife. It’s not unwarranted, though. The knife looks thoroughly badass.

The blade is 9.38 inches and finished with black traction coating and made from 1095 steel. The blade has a nice sawback design, but the edge looks like it would be a pain to sharpen. Its handle is made from black linen micarta.

Since Snyder has significantly more survival experience than I could ever dream of, I trust his design of the knife, which he started coming up with when the knife he took to the Serengeti was impractical and unreliable.

The SXB is a beast of a knife that’s the culmination of countless hours of testing and refining. Right now it’s only available at the TOPS site for $300, but will become more widely available at a cheaper price soon.

Here are a few more images. 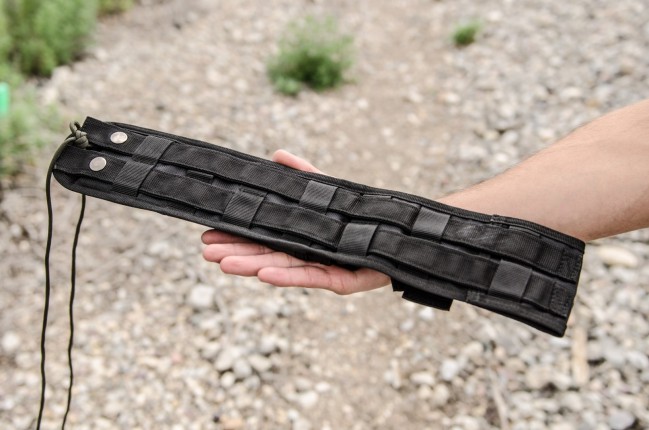 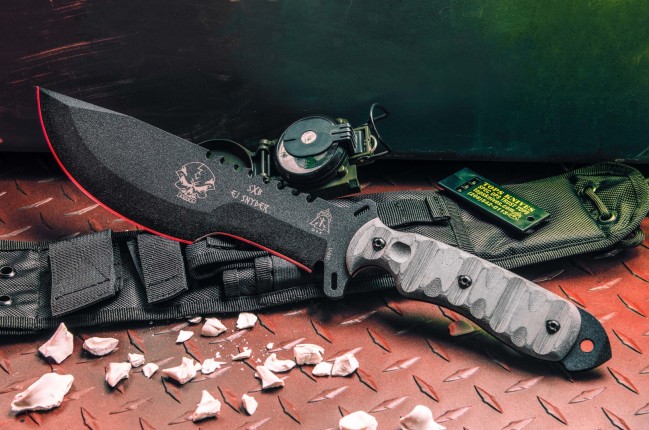 Boker Plus Griploc – Badass Knife of the Week