Morakniv Ushers in Next Generation of Outdoor Knives

Morakniv, formerly known as Mora of Sweden, is a name that’s well-respected among bushcrafters. Mora knives consistently make the list of best outdoor knives. That’s surprising considering the prices for these fixed blades are shockingly low.

The last few months, Morakniv has been teasing a new generation of models named after locations in and around Mora, Sweden. These have been circulating for some time now, but since they’ll be showcased at the upcoming Summer Outdoor Retailer in Salt Lake City, we thought we’d take a more in-depth look. 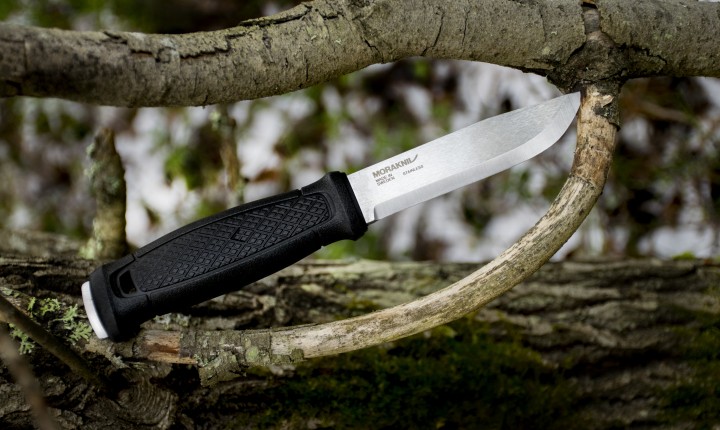 The Mora Garberg is the oldest of the bunch, having been announced at the SHOT Show in January, but it’s one of the most anticipated. The Garberg is a full tang version of Morakniv’s popular bushcrafting knives. That’s right… full tang! This is pretty exciting considering all the other Moras have rat-tail tangs.

Here is a note from the press release back in January.

“After much research and development, Morakniv has released the knife that Mora fans have been begging for,” said Graeme Esarey, President of Industrial Revolution. “The full-tang Garberg is packed with useful details, even more rugged construction, and yet maintains the essence of a true Mora. It’s an amazing knife.”

This knife will have a 4.25-inch blade made from 14C28N Sandvik stainless steel—different than the classic’s carbon steel. It will also have an exposed pommel to get some additional use out of that full tang.

The knife is said to feature a special Scandi grind, though Outside Online is saying it’s simply a saber grind. The black handle is a durable polyamide handle with a rhombus pattern for an improved grip. It’ll also come with a leather sheath or a multi-mount sheath. 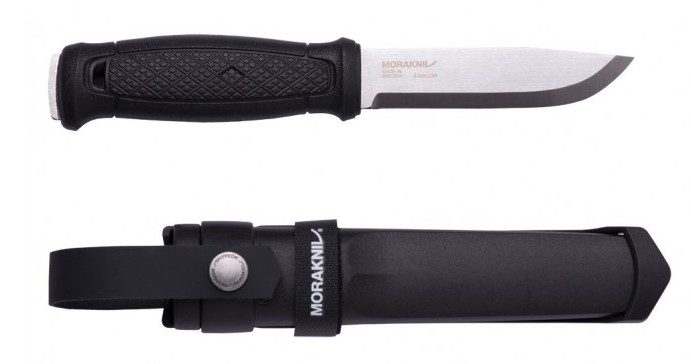 What’s riling some people up is the fact that this knife has an MSRP of $99 (with an actual street price of around $80). Anyone who loves Mora likely loves the fact that they’re typically dirt cheap yet still perform.

Because it takes money to design and market a newer premium knife, it’s understandable that the price will be a little higher.

Here is an early review of the knife from Rocky Mountain Bushcraft. Whether it’s truly better than the hugely popular Mora Companion is still up for debate. 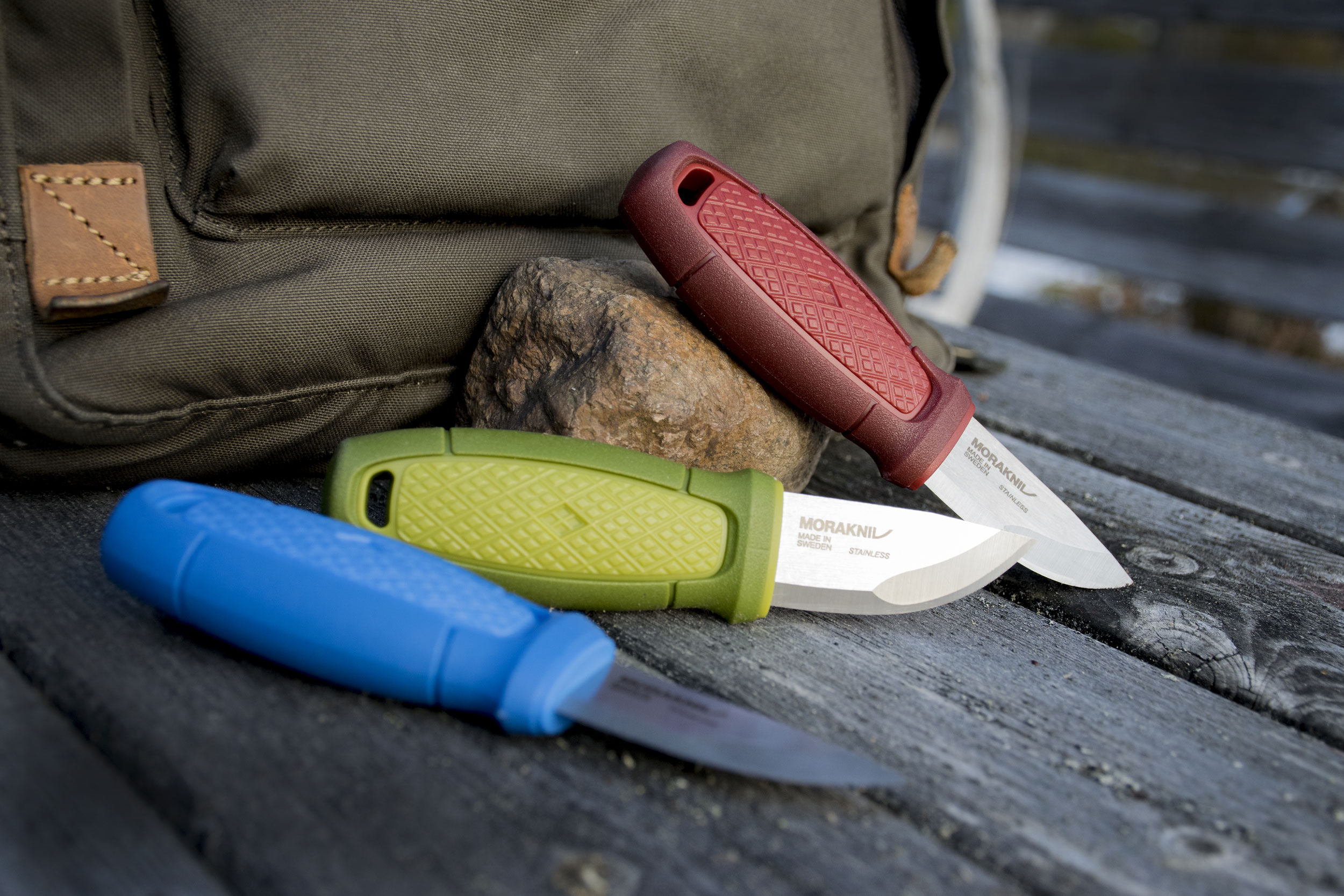 While the Garberg is right up Morakniv’s alley, the company does something different with the Mora Eldris. This tiny neck knife helps expand Morakniv into the EDC knife category. Even though the press release says these knives are designed for the outdoors, this is a knife you could conceivably carry with you in many types of situations.

The Eldris has a 56mm blade (or 2.2 inches for us Americans) made from 12C27 Swedish stainless steel. The colorful handle uses two different polymers and a grip-friendly shape.

Its sheath will have a lock to let the user carry it in a variety of positions. 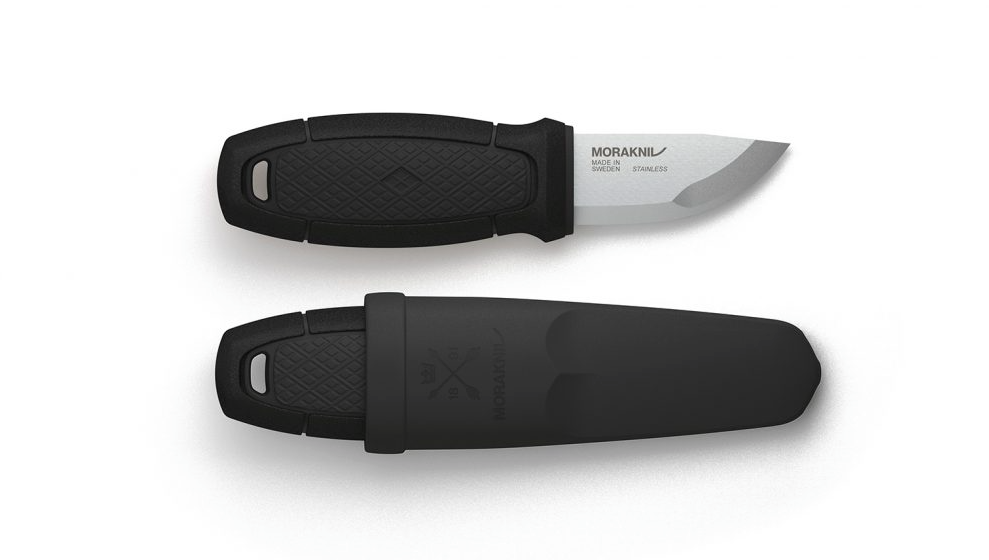 In terms of sheer originality and something actually new, the Eldris is probably the most anticipated of the new Mora knives. 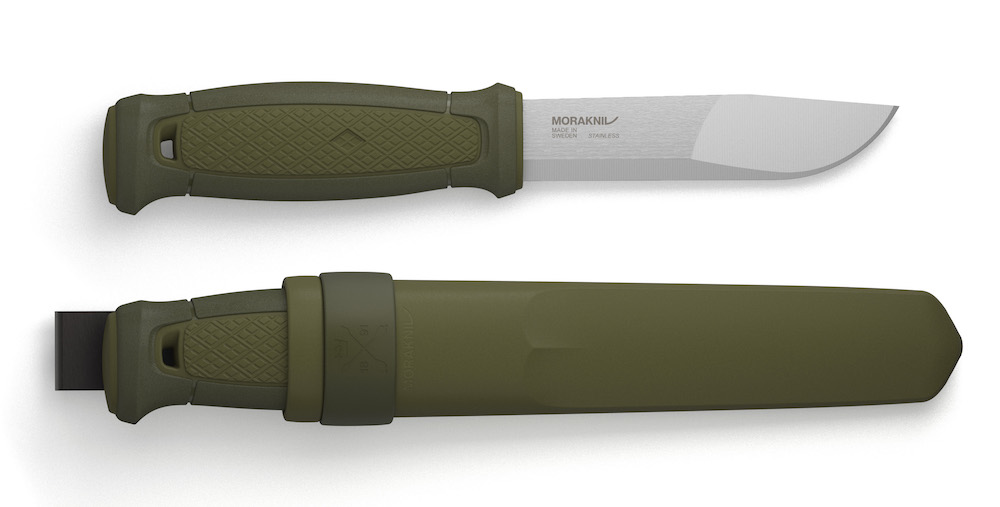 The Kansbol is an update of the beloved Mora 2000.

Here is a little on the design:

“What we basically did was to give the knife a new modern touch and add features we think is needed on an outdoor knife today. The lanyard hole is there, we improved the ergonomics and grip of the handle by dropping the rear part,” says Arvid Larsson, Design Engineer.

The blade is 4.3 inches and uses 12C27 Swedish stainless steel. The handle uses two polymers like the Eldris and comes in a green color. It has Scandi grind and a semi-matte finish. 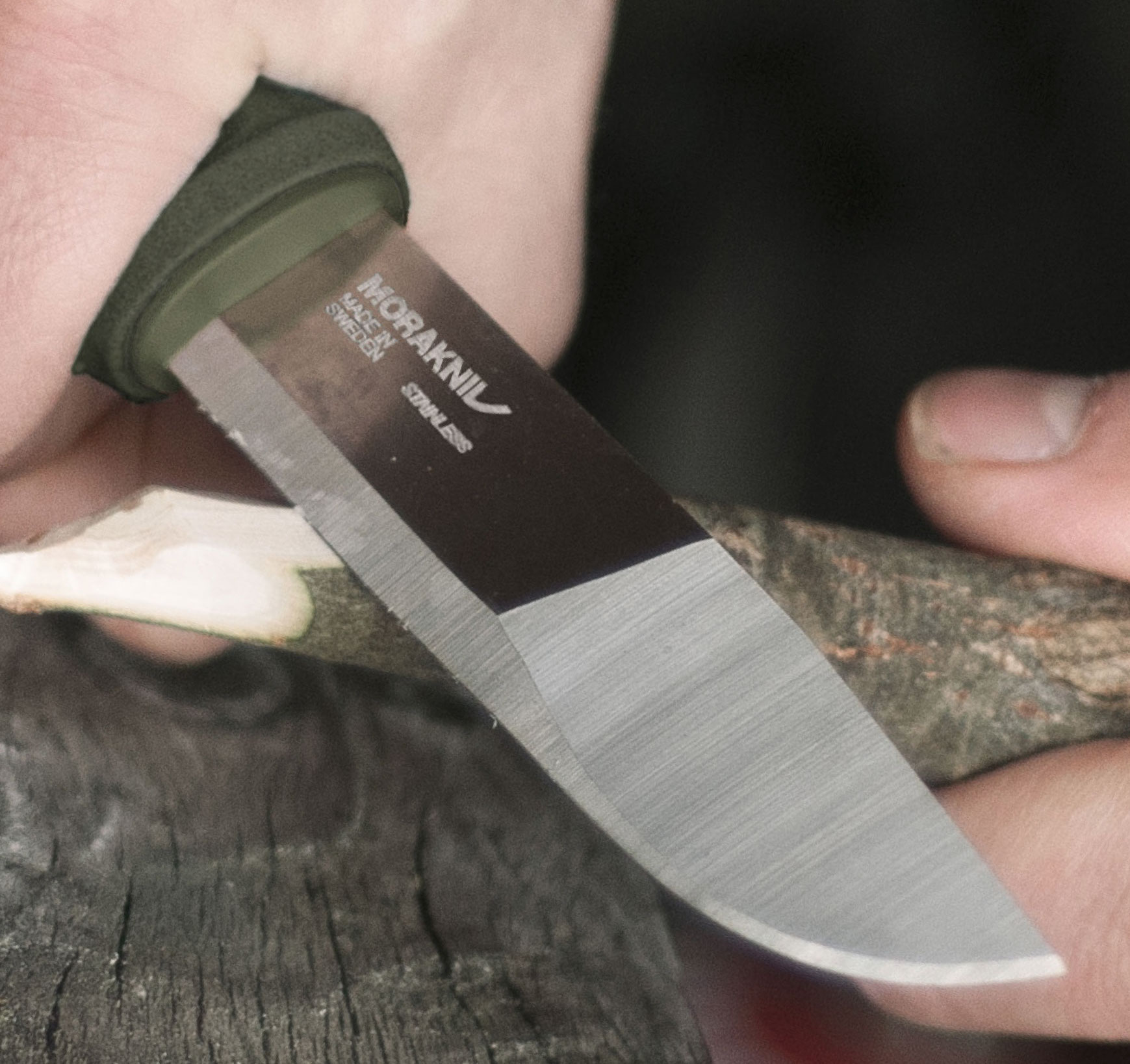 This is a perfect representative of what a good Morakniv looks like. It’s well-designed, well-built, and affordable. The knife goes for $39.99 and the knife with Multi-Mount sheath goes for $59.99. Obviously the street price will be a lot lower.

We’ll keep you posted with any new info from the Summer Outdoor Retailer show.