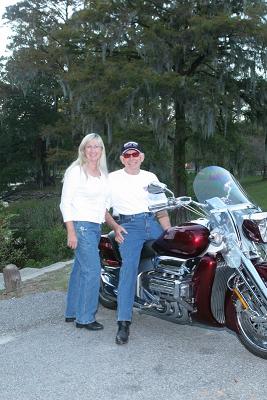 The 71-year-old was killed after his Triumph motorcycle veered to the right and struck a guardrail. Even though he was wearing a helmet, the crash was still fatal.

If you’re not familiar with Walter Wells Collins, aka Blackie, he was internationally known for his contribution to the knife world.

Blackie was known for any number of different knives, knife materials and knife mechanisms, including the assisted opener, the first use of thermoplastic for knife handles (Gerber LST), the Bolt Action lock and much more. He also invented a number of sheath mechanisms for the diving knife industry.

Since Blackie was a young boy in school, he always wanted to make knives and guns. In fact, he used to recall an incident at his elementary school when his teacher asked each student in the class what they wanted to be when they grew up. Unlike the other students who wanted to be doctors and lawyers, he said he wanted to make guns and knives, much to the chagrin of his teacher.

Along with his knife designs, he was also the first editor of Blade Magazine and made the first Zytel handle. He was the creator of the Toters, which are blue jeans specially designed to hold concealed handguns and knives.

For the last few years of his life, he worked with Meyerco knives. If you’re interested in picking up one of these knives, check out this Blackie Collins fixed-blade knife.

His services are still being arranged, but Mike Manrose of Meyerco said Blackie’s wife Jane “has asked that we keep her in our prayers during this very difficult time.”