This is the first of a two-part series with survival expert Creek Stewart.  Tomorrow, Creek will be sharing his tips on picking out the perfect survival knife.  We’ll also be giving away a BlackBird SK5 — Creek’s primary survival knife — to one lucky reader along with two copies of his book.  Scroll to the bottom of the article to learn how to enter. 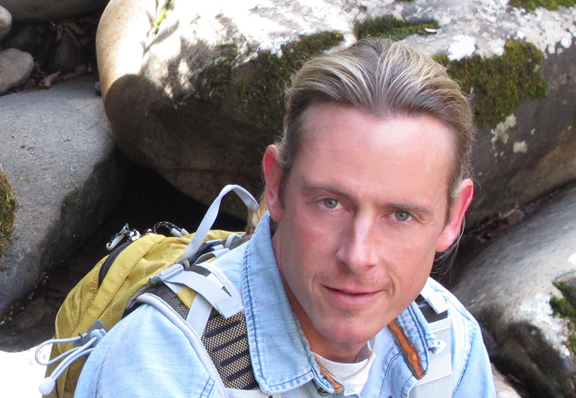 A few minutes of conversation with Stewart, who founded and operates Willow Haven Outdoor survival school in Indiana, quells any doubts about his survival chops.

The former Boy Scout turned survival guru and bestselling author rarely goes anywhere without his “Get Home Bag,” a pack full of items ranging from energy bars to a Leatherman that ensures he’ll get home safely if disaster strikes.

At the Blade Show, he was wearing a BlackBird SK5 in a leather sheath on his hip and also had a Leatherman and a Spyderco knife in tow.

But what makes Stewart stand out from the pack isn’t his gear, but his survival philosophy. It’s a blended approach, which he calls “prima-modern,” that utilizes both modern tools and primal survival skills to meet the four core basic needs: shelter, water, fire and food.

A Passion for the Outdoors

An Eagle Scout at 14, Stewart grew up on a farm and developed a strong appreciation for both nature and self-reliance skills at an early age.  When he was in college, he wrote and self-published a guide on survival that he sold to the Boy Scouts.  He began teaching survival courses at 21, but without a full time facility was limited to mostly one day courses in his area.

Then about 4 years ago, he purchased Willow Haven Outdoor, a 21-acre survival school replete with a 10,000 square foot lodge.  Stewart now hosts 1-day and 3-day courses every year from May until November and said he serves a huge range of attendees, from 10-year-olds to 80-year-olds.  The approach at Willow Haven is somewhere in the middle in terms of intensity and Stewart said he’s developing a niche for instructing families.

“There’s one extreme where people come to a survival course and expect to strip down to a leather thong and only take their knife into the woods with them for seven days and starve, then there’s the classroom survival stuff — we’re perfectly in the middle,” he said.

In a typical class, students will receive hands on instruction to learn between three to five survival skills from each of the core four survival areas.

In addition to teaching, Stewart has also taken his survival skills to the literary world.  He recently published the Unofficial Hunger Games Wilderness Survival Guide, which provides step-by-step instructions on how to perform many of the survival skills utilized by characters in the “Hunger Games.”

Not If, But When

Why are survival skills important?  It’s a question Stewart tackles on a regular basis.  He said that there are a large number of  “unexpected survival situations,” where people will need to rely on self-reliance skills.

“You could be lost on a day hike, disoriented on a hunting trip, be chased from your home by a natural disaster or even broken down on a cruise line in the middle of the ocean,” Stewart said, adding, “I don’t talk about zombie apocalypse or alien invasion. I talk about the real stuff that happens to real people on a regular basis in this country.”

He said that he’s witnessed firsthand the power of survival skills to transform people’s lives.  Often, attendees at Willow Haven will arrive with little to no survival experience and can undergo profound changes.

“When somebody carves a bow drill set from their knife from sticks they gather in the woods and uses it to create a red burning ember and blows that into a flame into a tinder bundle, something changes in that person.  Suddenly, they’re ready to conquer the world.”

Want to Own the Knife Creek Has? 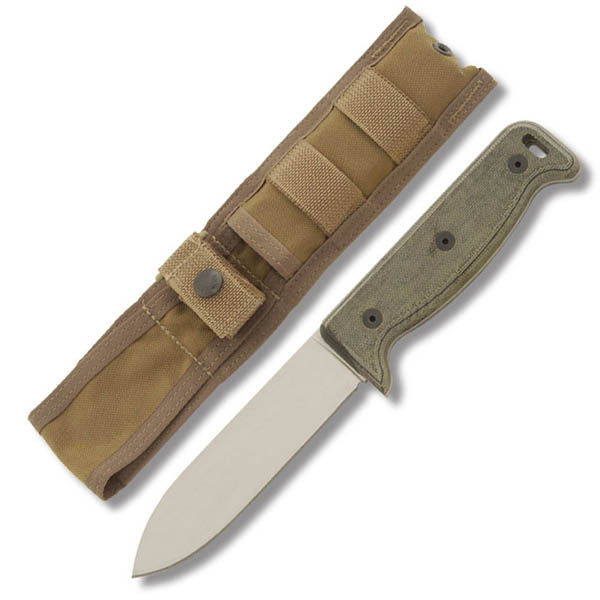 Well, you’re in luck.  Knife Depot is going to hook up one lucky community member with a BlackBird SK5, the same blade Creek carries when he’s in the outdoors.  To win, leave a comment below before Thursday at 12 p.m. Central explaining what your #1 survival tool is and why.  One random winner will get the knife and two others will receive a copy of Creek’s book.  Good luck and check back tomorrow for Creek’s advice on picking out a survival knife.