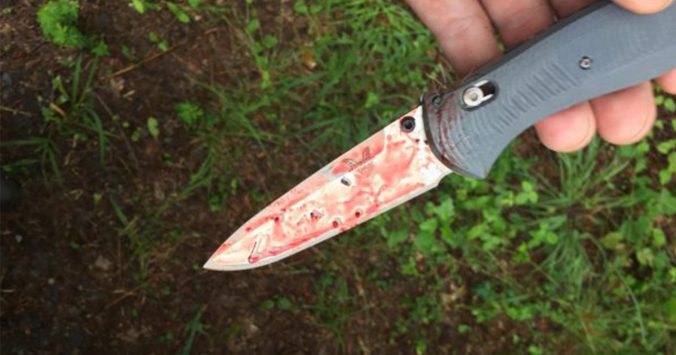 Knives Save Lives: The Rabid Coyote

My thoughts on knives as poor defensive weapons is well documented. That being said I often carry a knife for self-defense.

I live in a neighborhood where packs of large dogs are often roaming around unleashed. On top of that, I frequently take my young kids out for walks. Carrying a large stick is impractical most of the time, so I carry a knife just in case.

Fortunately, I’ve never had to use the knife for such a purpose (though I came alarmingly close one time). A Georgian hiker named Nate Edmund wasn’t so lucky. 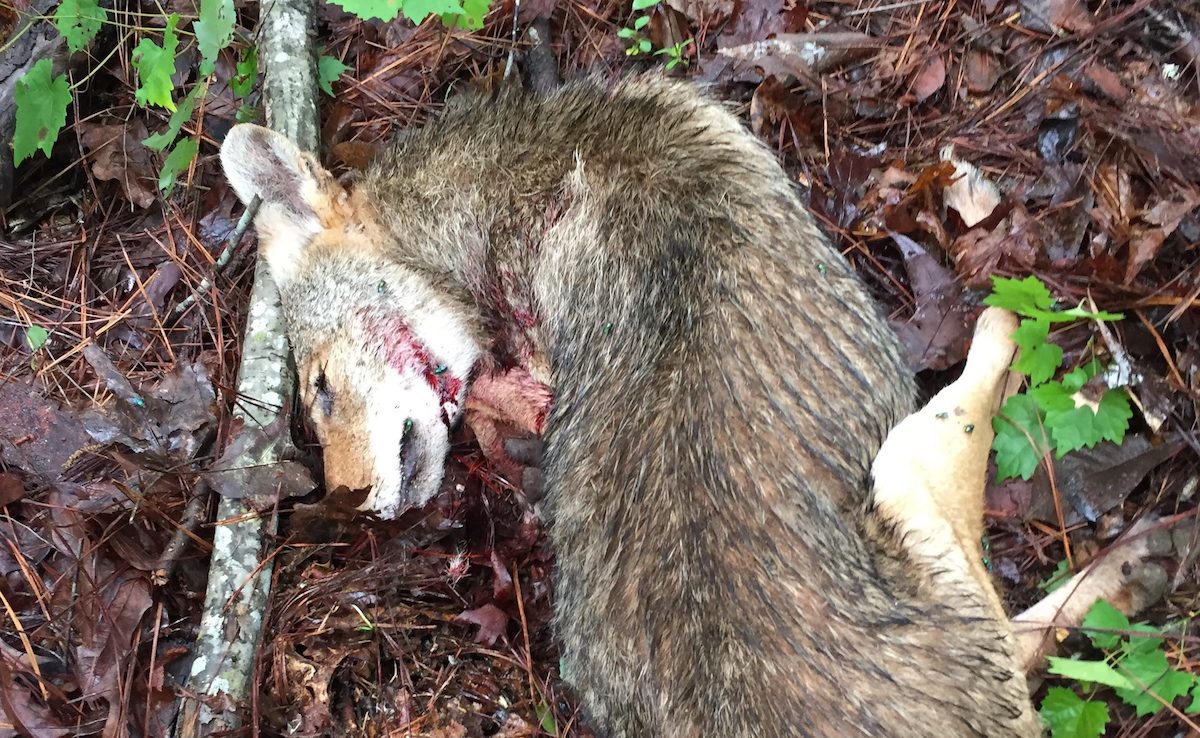 On the last Saturday of May, Edmund had gone to a demonstration forest in Jones County for a hike. However, he noticed a creature ahead of him.

“I saw something moving through the woods,” Edmund told Georgia Outdoor News. “I saw what looked like a dog, but by the time it finally got out into the trail, I could clearly see it was a coyote.”

The two stared at each other, unmoving.

He yelled and clapped his hands but got no reaction from the coyote. So he decided to make a wide berth around it to get back to his truck. That’s when the coyote growled and lunged at him. It got his boot, which caused him to fall to the ground.

“It let go of my boot and re-latched onto my shin,” said Nate. “That’s when it actually tore my pants and broke the skin. I was able to kick it off with my right foot though and somehow pin its head between both of my feet. That’s when I was able to get my knife out of my pocket and was able to stab it once between its shoulders and its back.”

Here is the aftermath: 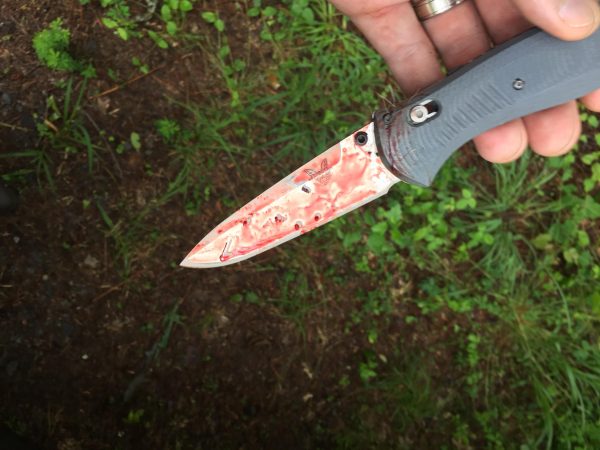 Yes, Edmund took his Benchmade Barrage and finished off the coyote. He called it in, so someone could report it and get the coyote tested for rabies.

As a precaution, he got his rabies shots. He ended up having a bad reaction and had to be hospitalized through his second round of vaccinations.

It was lucky for him because a few days later, the Centers for Disease Control and Prevention confirmed that the coyote had been rabid.

Ironically, his actual injury from the attack was less painful and complicated than his reaction to the rabies vaccinations. Take a look at his leg. 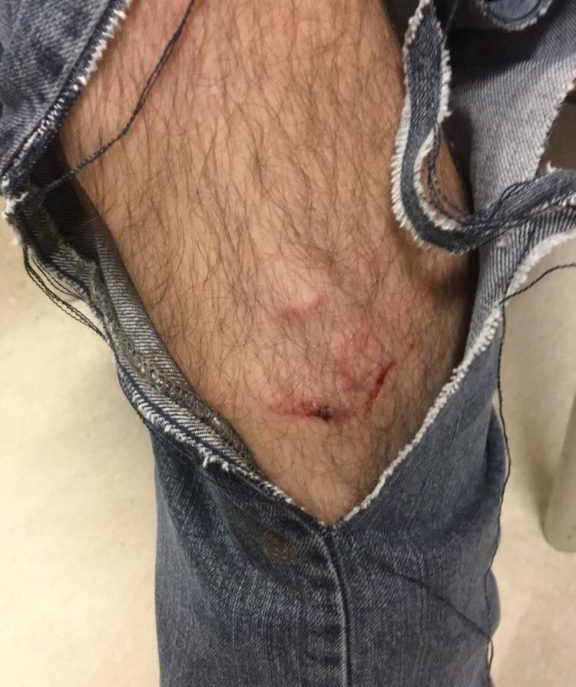 Let this be a gentle reminder to always carry a knife on you. Not only does it come in handy doing hundreds of tasks but it can also save your life in unforeseen ways.