Knives Save Lives: Man vs. Bear 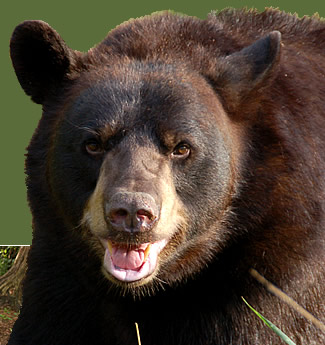 Over the past few months, there’s been a deadly rash of attacks from grizzly bears, brown bears, black bears and even rampaging polar bears. This should remind us that whenever you go camping or into the wilderness, you should always be prepared for anything.

Back in 2003, one amazing man demonstrated why it’s important to always be ready with a knife in your pocket.

According to the Associated Press, John Hirsch, then a 61-year-old outdoorsman, was out in his backyard tending to his flock of 15 turkeys when he was surprised by a hungry visitor.

A mangy black bear had stumbled into his Canadian backyard desperately in search of food. Once Hirsch noticed the bear was coming straight at him without stopping, he reached into his pocket and pulled out his knife. Unfortunately, the only blade he had on him was a mere 3 1/2 inches.

This is when you separate the men from the boys. Instead of being afraid and cowering in fear, Hirsch stood up to the bear with his small blade ready for battle.

Hirsch and the bear began circling one another, akin to boxers in the rink. This is the way Hirsch described it:

“It was like a knife fight that you’d see in an old-time Western,” he said. The bear swatted out at him, but each time it lunged, he managed to stab it.

The bear would swing its powerful claw, but Hirsch would duck and stab the beast. During their fight, he stabbed the bear three times in the chest and once in the neck. After the final blow to its neck, the bear keeled over and died.

Although black bears aren’t as big as other types, this particular one was 5 foot 7 and weighed 200 lbs. A conservationist afterward said the bear was pretty trashed before the fight and had a severed tongue, hadn’t eaten in weeks and suffered a broken jaw.

Commendably, Hirsch said he was always confident he would beat the bear, which says something about his manly character. He will always be a part of the annals of the Knives Save Lives series.

Even though the blade was only 3 1/2 inches, its availability aided Hirsch in his fight against nature. It’s hard to say what would have happened without the knife (though know Hirsch, it’s likely he could have killed it with his bare hands), but you shouldn’t have to find out.

Just remember if you live or go camping in bear country, make sure you always have keen blade on hand.

What do you use your knife for the most?

What glass-breaking knife is the best for escaping from a car?