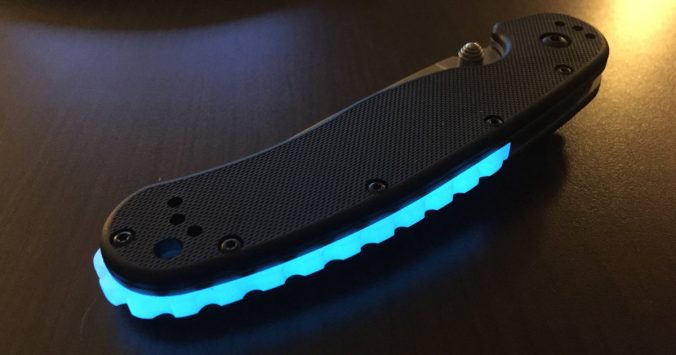 Reddit is a fascinating place. It is an outlet where people with very specific interests interact with one another and share ideas, memes, images, and whatever else they want.

There are also a few fantastic subreddits dedicated to knives — /knives and the sometimes superior /knifeclub.

After lurking on these subreddits for years, I thought it’d be cool to show some of the best or most creative knife mods people have shown on the site. Check ’em out. 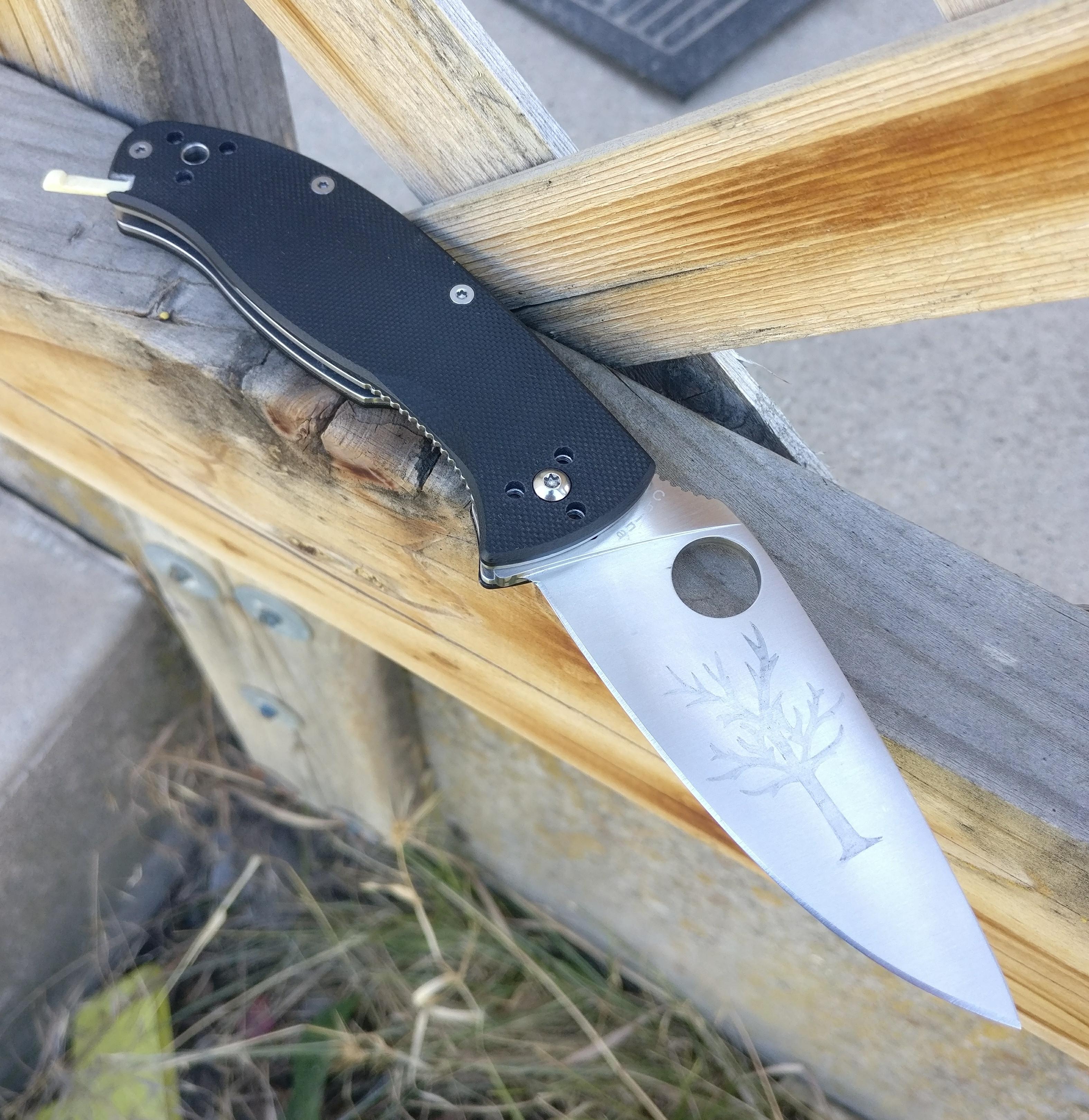 One of the best things about the Victorinox cellidor scales is the assortment of tools within the scales, specifically the tweezers and toothpick.  Reddit user zuriel2089 modified the G-10 scales of a Spyderco Tenacious to fit a Victorinox toothpick. I personally find the tweezers more useful, but this is something you can do to many knives. 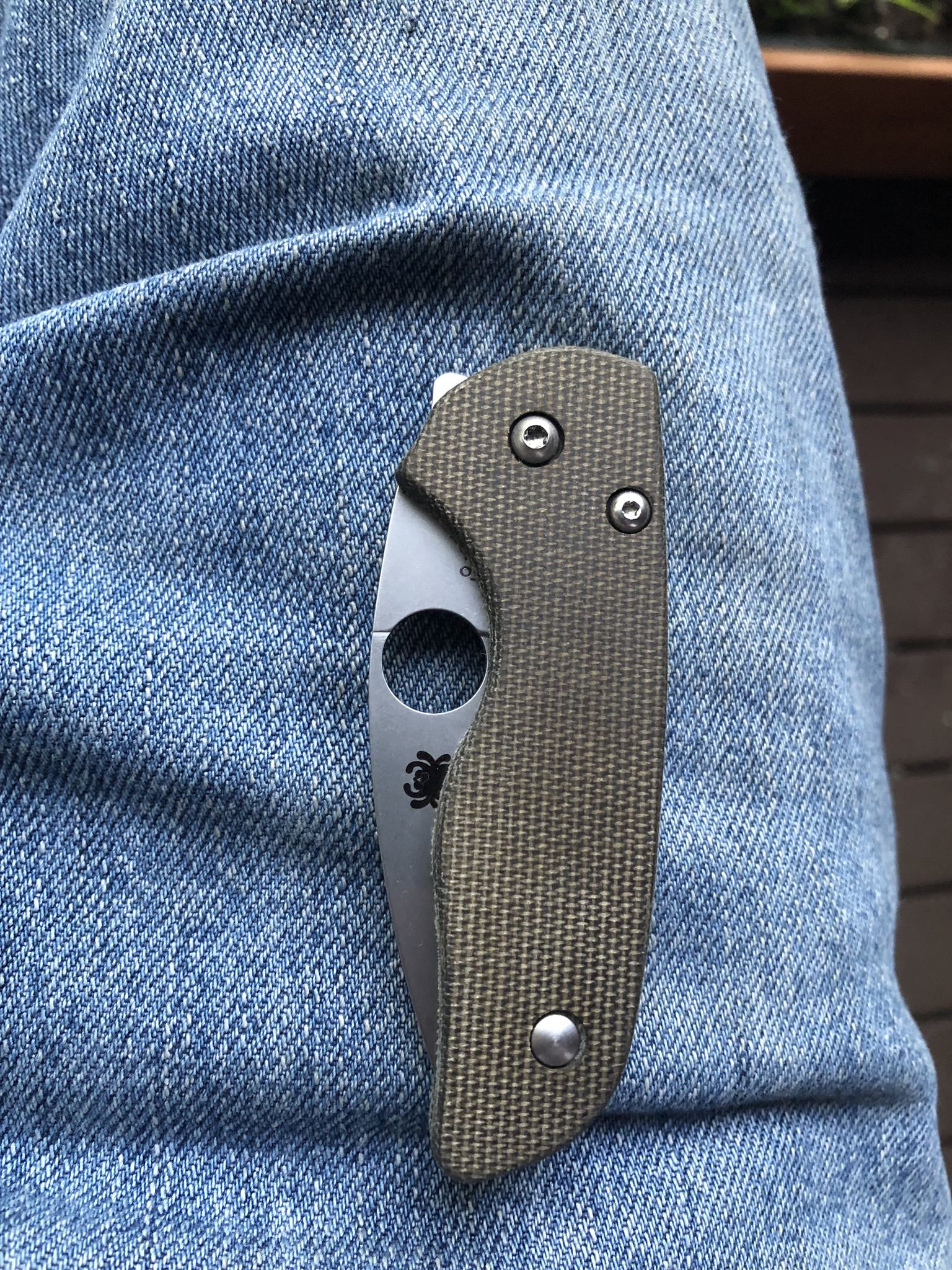 Front flippers have grown in popularity the past few years. Although Spyderco has yet to jump on the front flipper bandwagon, one Redditer bought a Lil Native modified to work as a front flipper. It looks like the scales were sanded down to only reveal the tang. Seems to work surprisingly well.

A lil native for front flipper Friday! from knifeclub 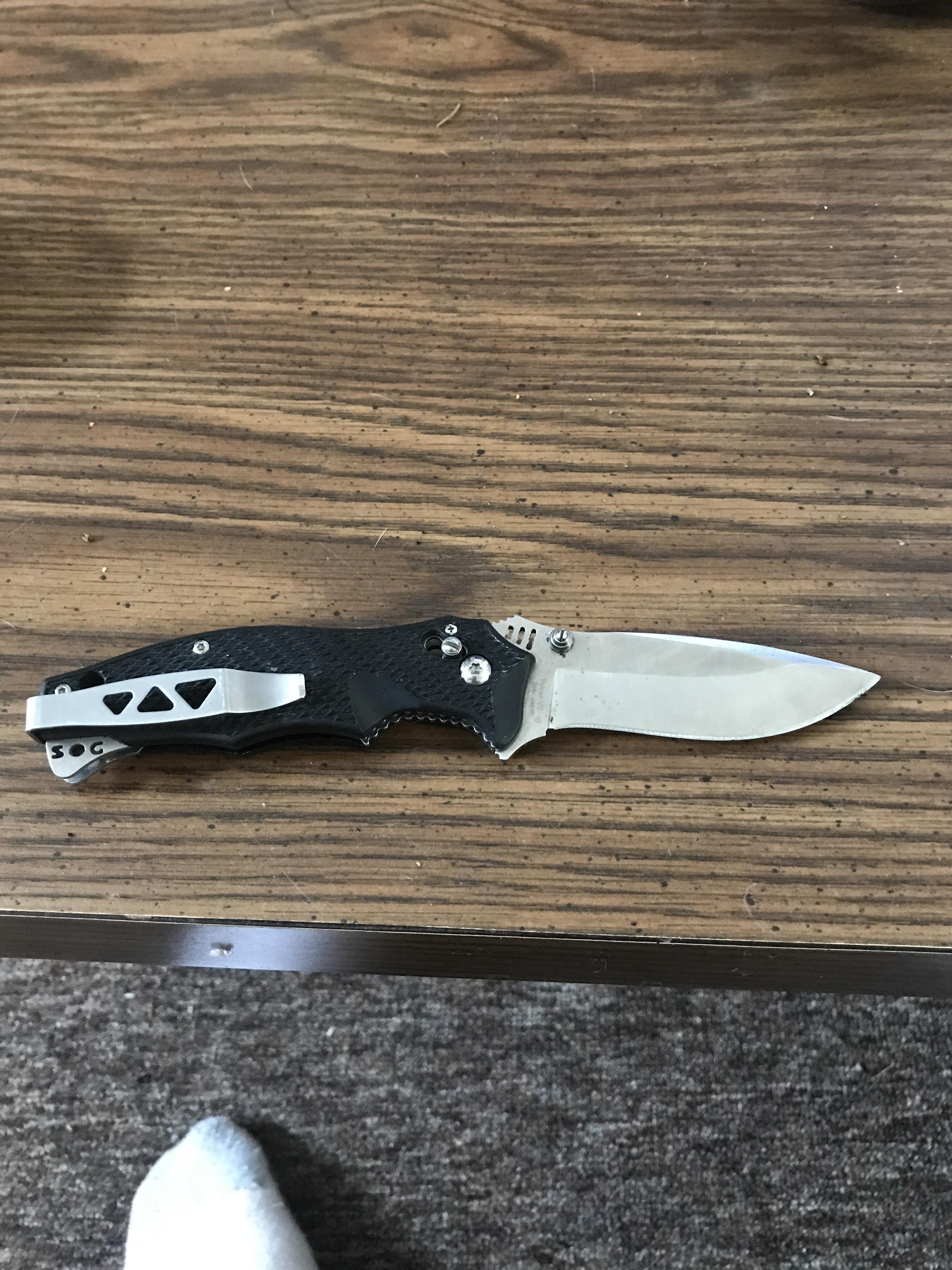 I like to call this mod the anti-billboard mod because so many people complain about branding on pocket knives and SOG is one of the worst. When a SOG is hanging out of your pocket, everyone knows because it says so in huge letters on the clip.

This mod itself is nothing mind-blowing, but it adds so much by taking something away. Good work from Burk5154. 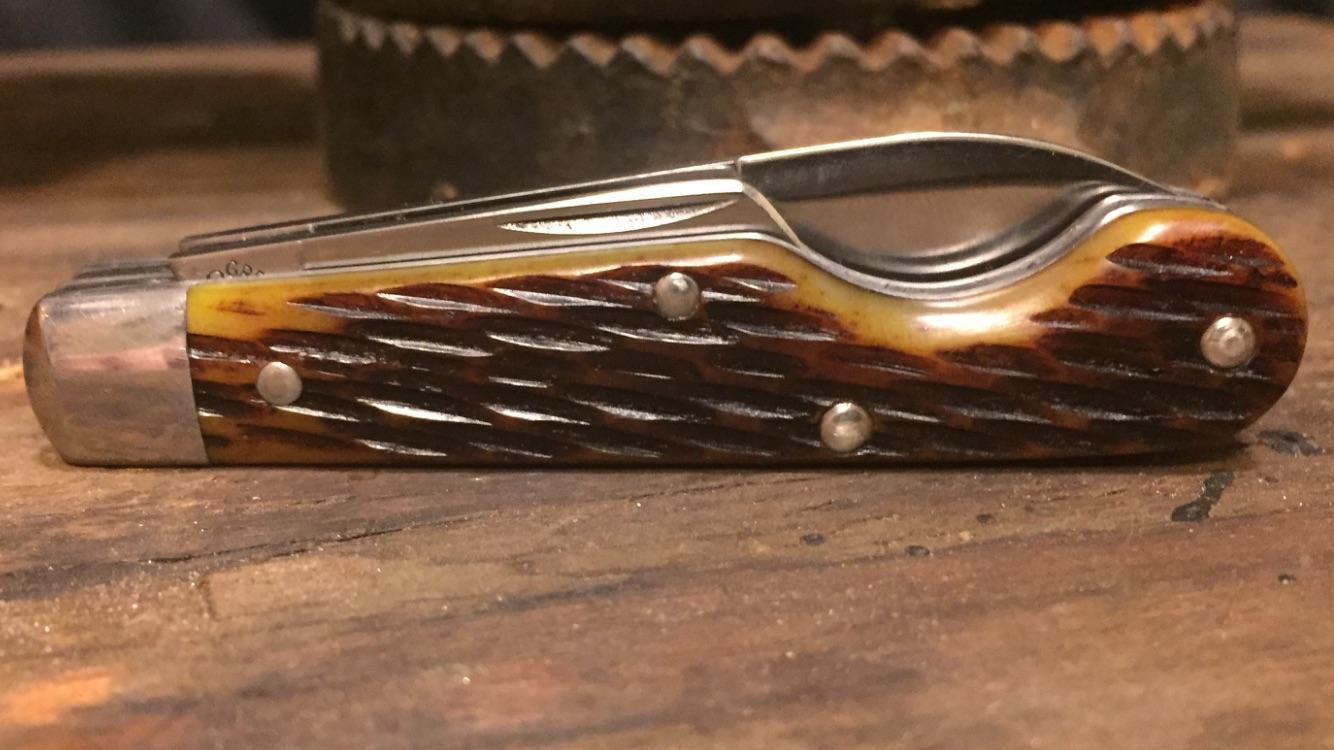 This is one I’ve seen a few places actually. Essentially, what the modder did was Dremel out a spot in the slipjoint folder to allow easier access to the blade without the need for the harder to use nail nick. There is more purchase on the blade itself to pull it out. 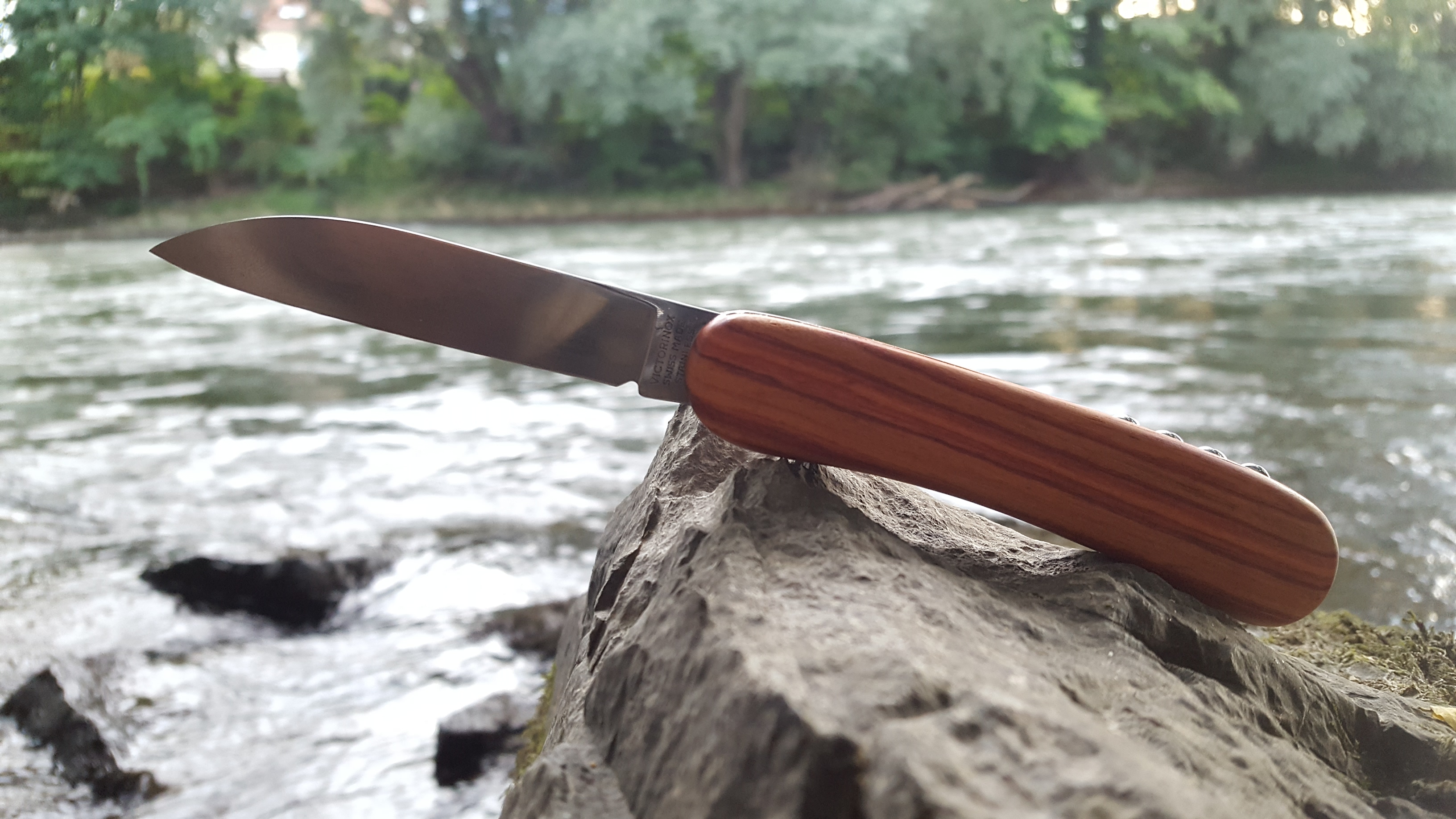 There are a lot of great Swiss Army Knife mods around. Here is a (seemingly) simple one from /u/LocoLemon who replaced the red cellidor scales on a Victorinox Alpineer with homemade wood scales.

Both the blade and handle shape were modded in the process, adding a little something extra. 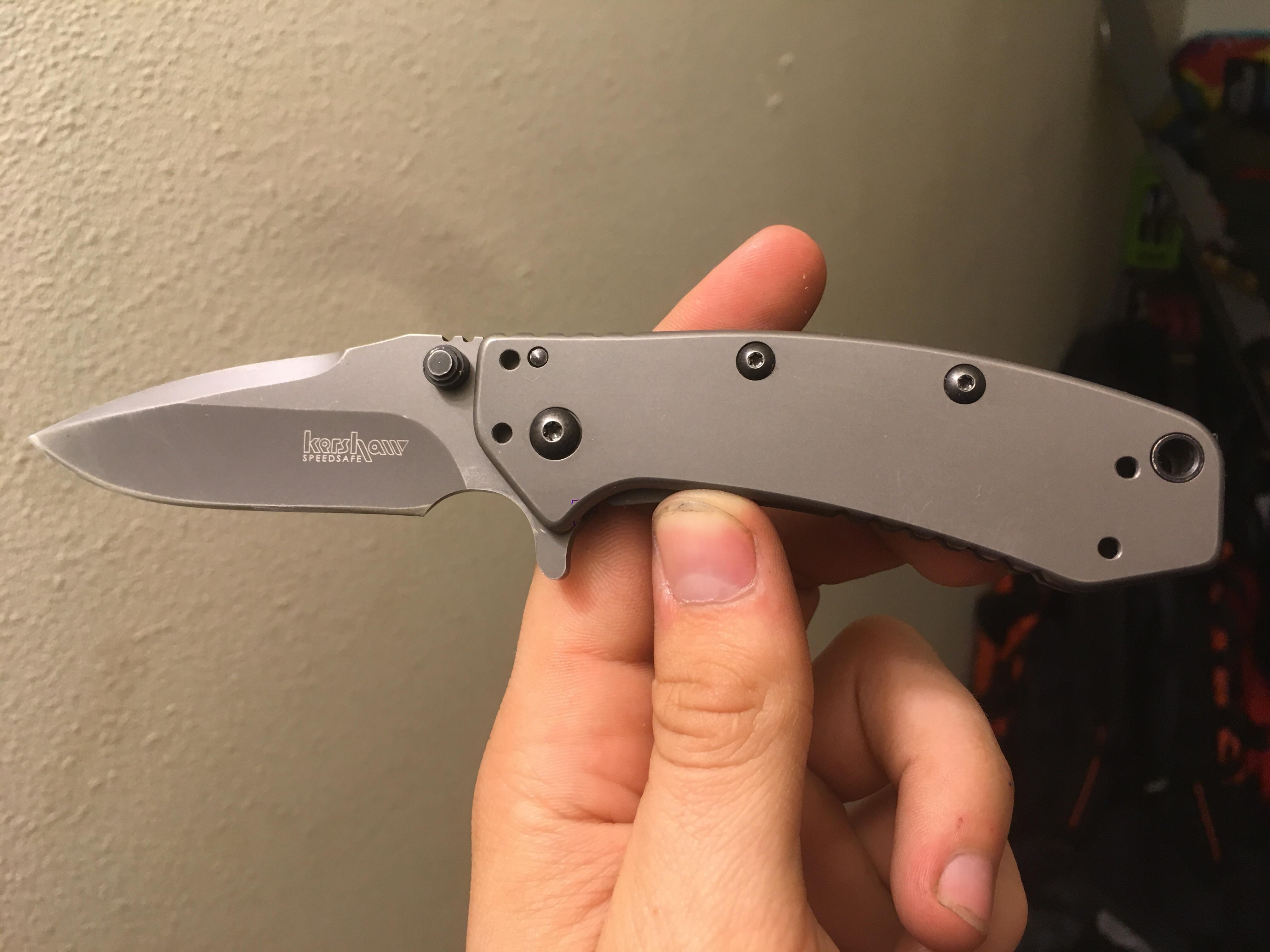 A fairly common mod is adding a finger choil to a blade. A choil is an unsharpened cutout that serves two main functions: first, it allows the user to choke up on the blade for a steadier grip for more precise tasks, and second, it usually makes sharpening a lot easier.

This is an excellent mod for the Cryo by White_Wafflez. If you can’t envision an unmodded Cryo, here it is and then tell me which one you’d rather buy: 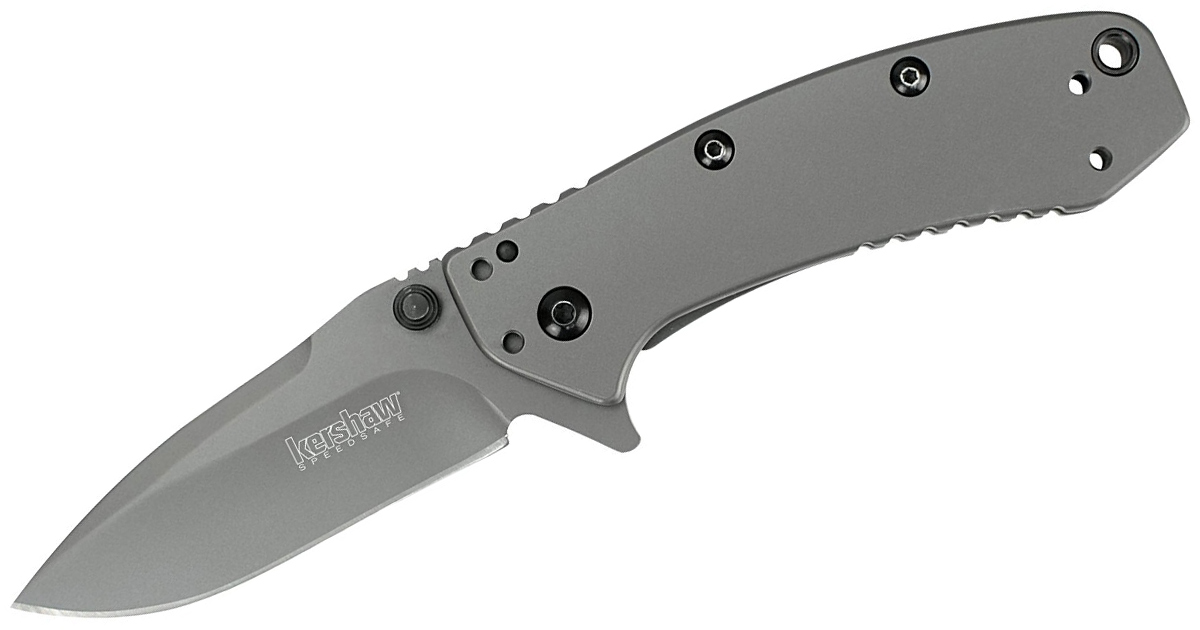 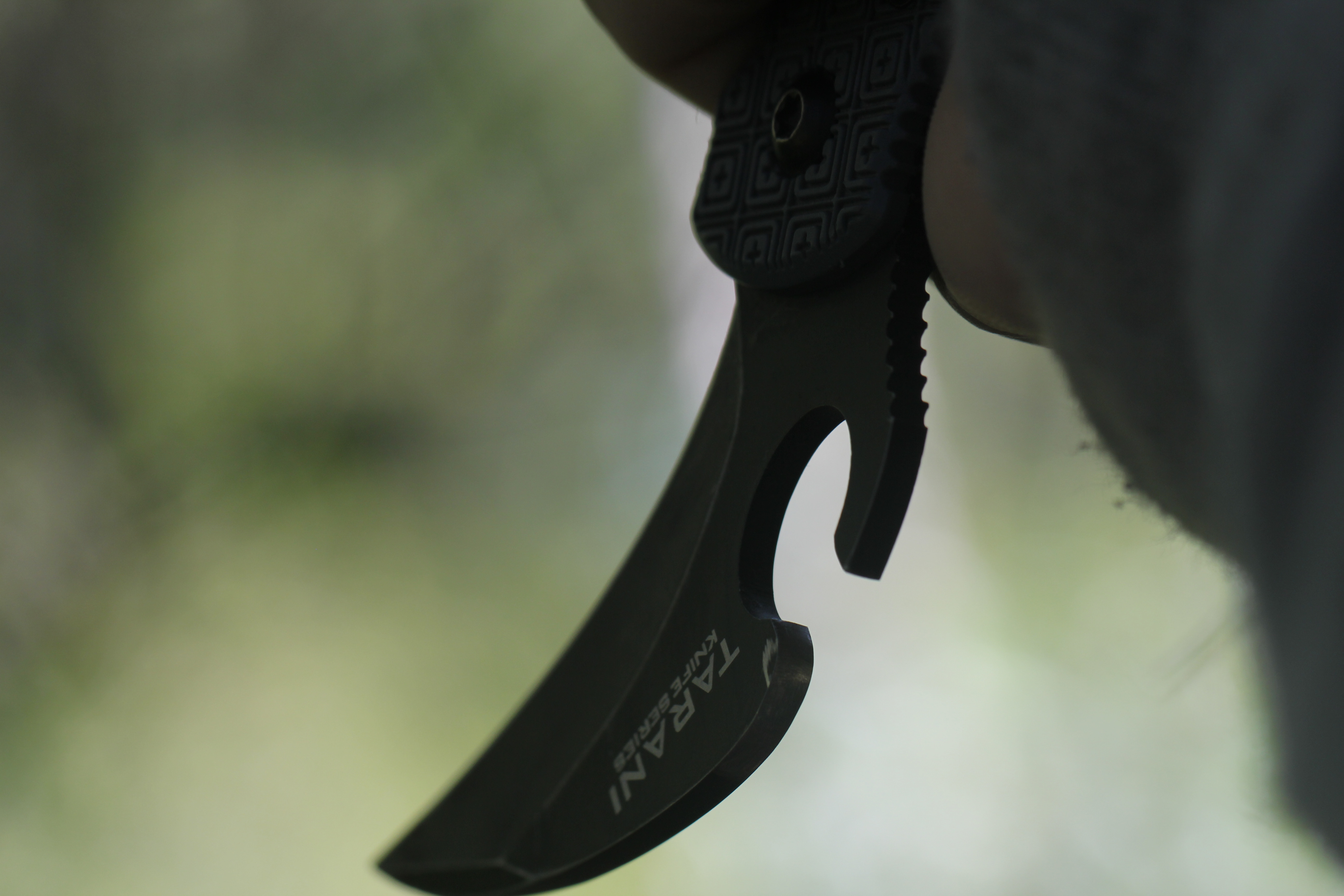 The “Wave” mod is by far the most popular type of knife mod on Reddit. A common method uses the old zip-tie, which I wrote about a while back in my easy knife mods post. However, more experienced modders can get the same effect without looking so goofy by taking a Dremel to a knife with a cutout as an opening device.

For example, ljnoble took this 5.11 Tactical Karambit and cut out a portion of the spine so that it creates a sort of Emerson Wave feature — which allows the blade to be opened from the pocket in one pull.

This mod is definitely jankier than the previous ones, but I found it very intriguing. There are a ton of slippery knives out there, especially those made of aluminum. This modder actually used some skateboard grip tape in a few strategic locations on a CRKT M16.

It may not look the classiest, but it does get big points for creativity and functionality. 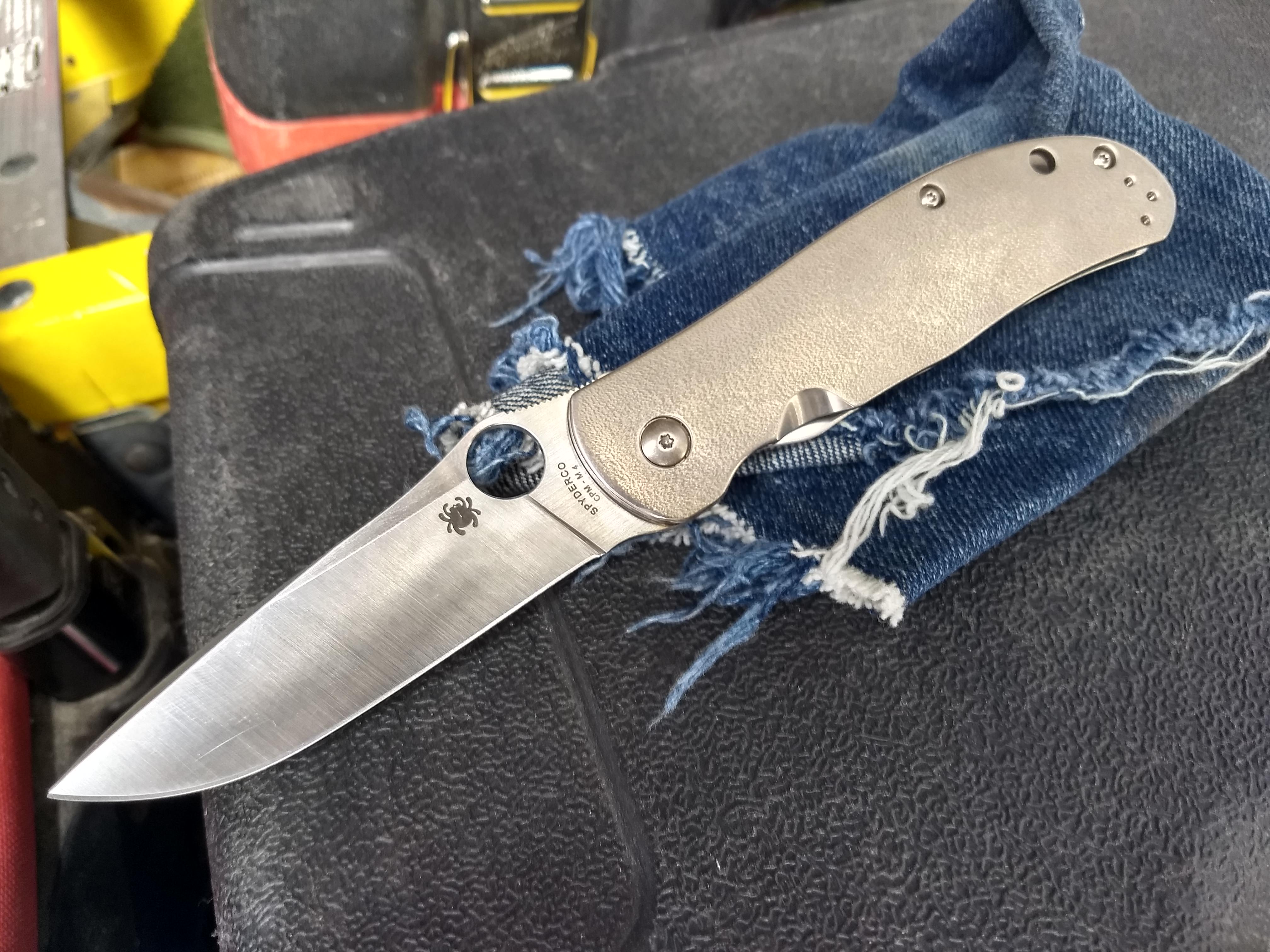 Flippers can make or break a knife. Sometimes they transform a knife into a wonderful piece of art that opens quickly and smoothly and other times they are (to use a Nick Shabazz term) pocket peckers.

The Spyderco Advocate is an amazing knife, but the flipper aspect of it (particularly due to some issues with the construction) was just lacking. So, Redditer ShearMe did what many others have done — removed the flipper tab for a more streamlined and still perfectly functional knife.

This is something people have done with several brands, including Zero Tolerance and Hinderer Knives. 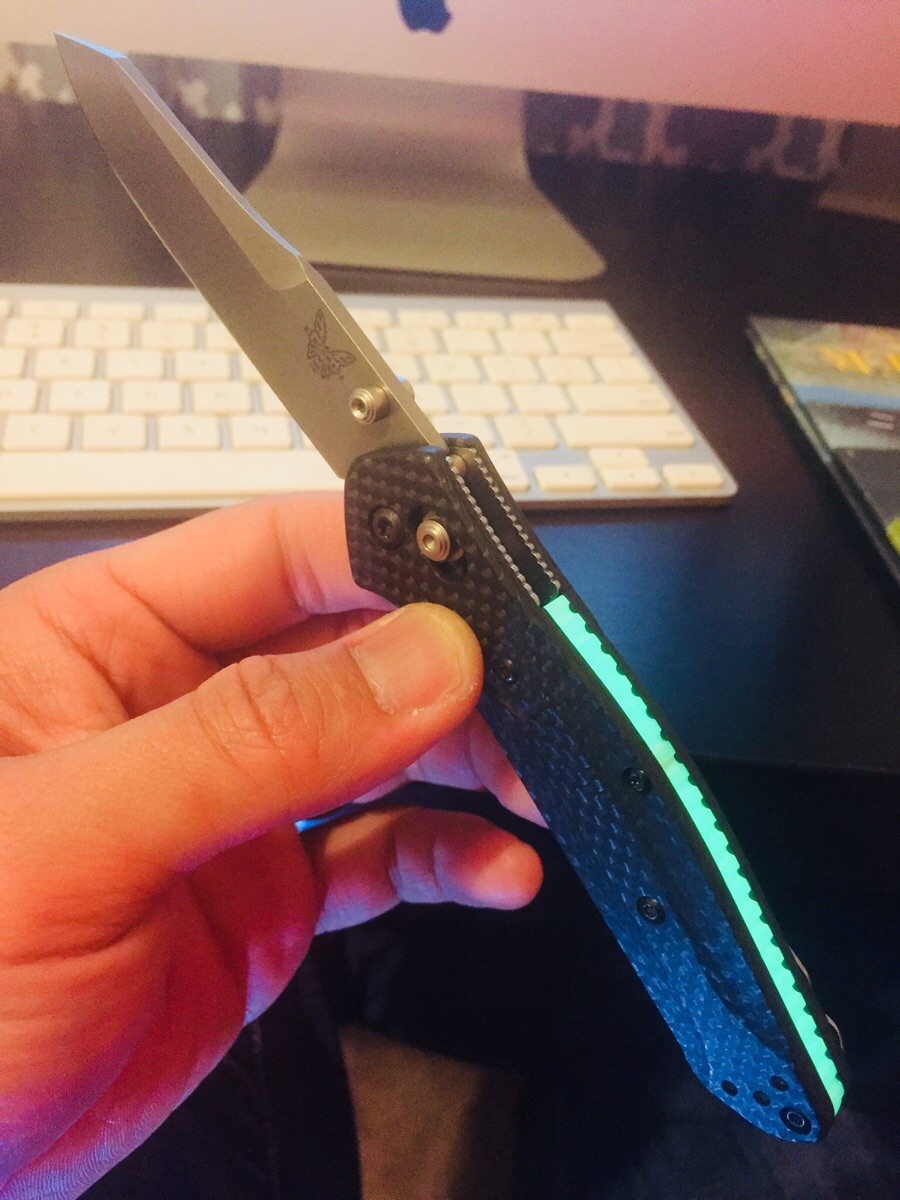 Finally, there’s the old glow-in-the-dark mod. Adding moon glow to knives seems pretty popular. It’s a bit riskier on the 940-1 because that’s a premium folder from Benchmade, but it turned out quite well.

Here is the bonus one of an Ontario RAT from Mamdouhi. 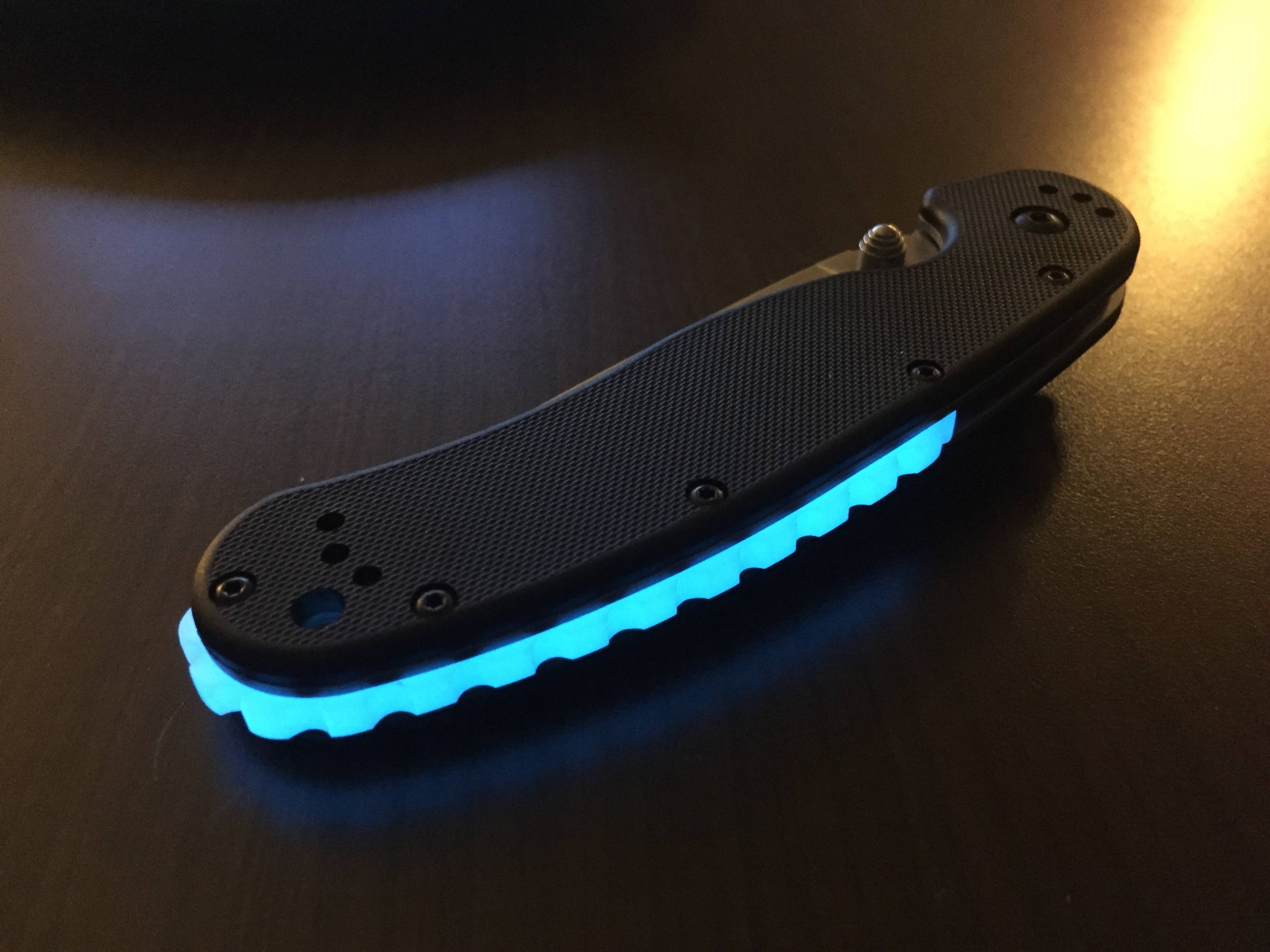